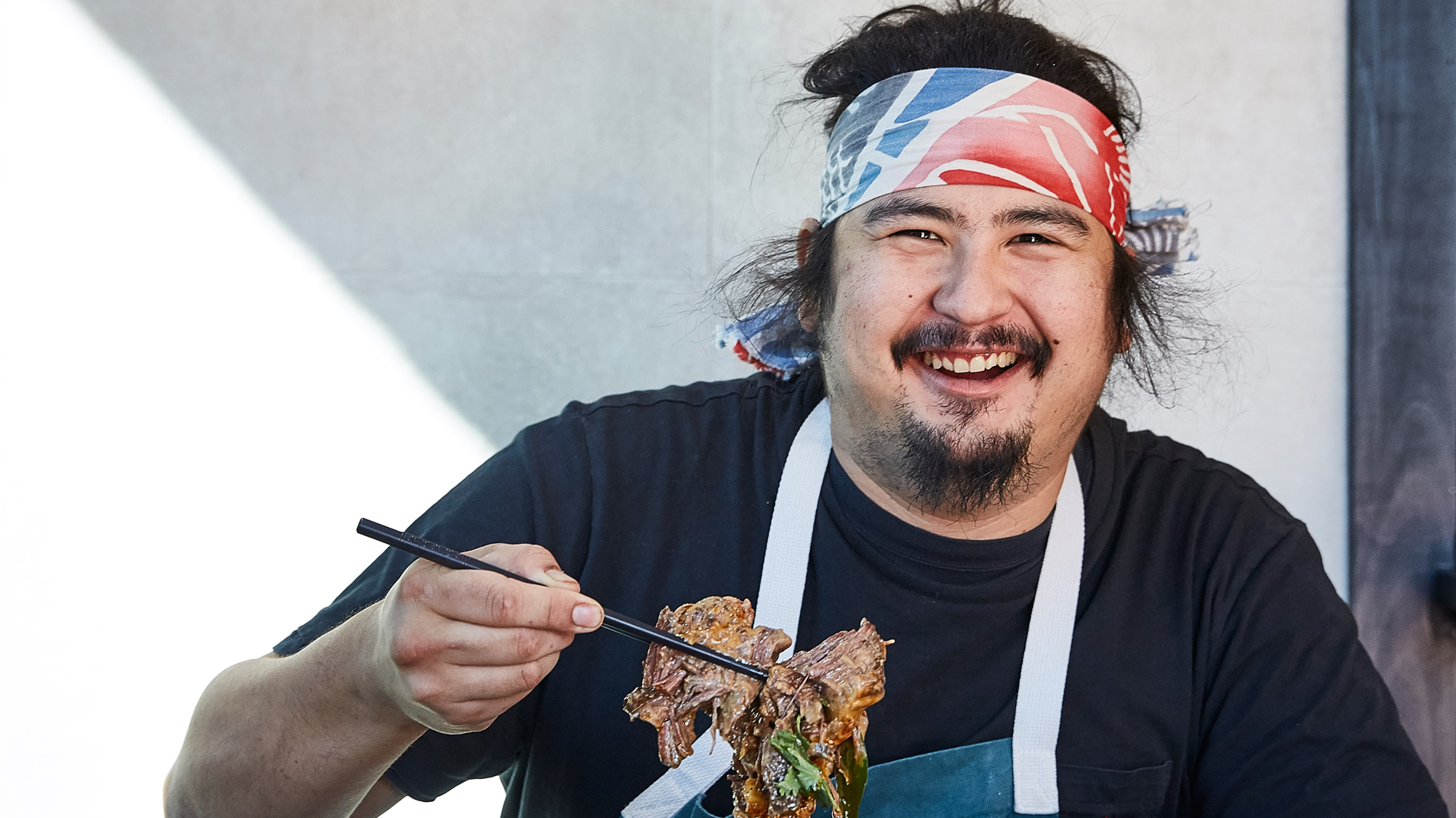 It’s been a big couple of weeks for Nick Bognar and his Indo staff: This morning, Bognar was named one of Food & Wine’s best new chefs for 2020, and last week, Indo was declared one of America’s best new restaurants in GQ. Sauce Magazine also named Indo as St. Louis' Best New Restaurant of 2019.

“This year’s class will shape the future,” wrote Food & Wine restaurant editor Khushbu Shah, who traveled to 25 cities and tried 110 places to create the list. “They are resilient and brilliant, thoughtful and caring. They are leading their teams through unprecedented circumstances, navigating choppy waters with sheer determination and optimism as their compass.”

Shah went on to laud Bognar and his restaurant specifically. “There is nothing about Indo that is minimal, from the technicolor bathroom wallpaper to Bognar’s unapologetically bold cooking and full-throttle use of salt, funk and spice.”

GQ’s food critic Brett Martin was equally enthusiastic in his piece, which he said took him to 23 cities and 93 restaurants. “Bognar, who is 28, clearly has a gift for flavor, as well as precocious restraint cultivated as executive chef of a high-end sushi restaurant owned by his mother – even if Indo, which ranges widely in Southeast Asian and Japanese flavors, may be meant as a release valve for his more creative impulses,” he wrote.

For Bognar, placement on the lists has, unsurprisingly, been a big deal – especially the Food & Wine accolade. “I think back in 2008, I was pretty stoked when Gerard Craft was on there. It was pretty big for him as well,” he said. Bognar was in high school at the time, and just starting to take cooking seriously. “I subscribed at the time as well,” he added. “I thought of it as a seriously awesome career goal. I never thought I would get it.”

As a culture and style magazine, GQ has opened up Indo to a whole new demographic. “So many people read GQ for so many different reasons,” Bognar said. “GQ is the coolest thing ever. I was excited.”

But there’s an ironic and bittersweet component to Bognar’s recent success: He’s not really able to do the thing he’s being nationally recognized for doing. Though Indo is currently open for carryout from Thursday to Sunday, their dining room is still closed indefinitely. “Usually when you get this kind of thing, you know you’re going to be busy – you’ll get new customers. People come to the restaurant to congratulate you. They’re stoked,” he said. “I wish we could be open and I could see all the guests that pushed us to this point.”

Still, Indo’s current carryout menu bears some of the restaurant’s real-deal dishes, from the lamb ribs to the khao soi and even a few sashimi plates, including their signature Isaan hamachi. The cabbage salad is still in the game, as are the short rib noodles.

After a rocky few months that involved closing, reopening and closing again, Indo’s new dinner paradigm seems like it’ll be here for a while. “As far as our company, we’re pretty much going to run our own timeline,” Bognar declared, pointing out that Indo will not reopen its dining room when the restaurant restrictions lift on May 18. “We’re not really trying to rush into anything. I just don’t really feel as if it’s safe.”