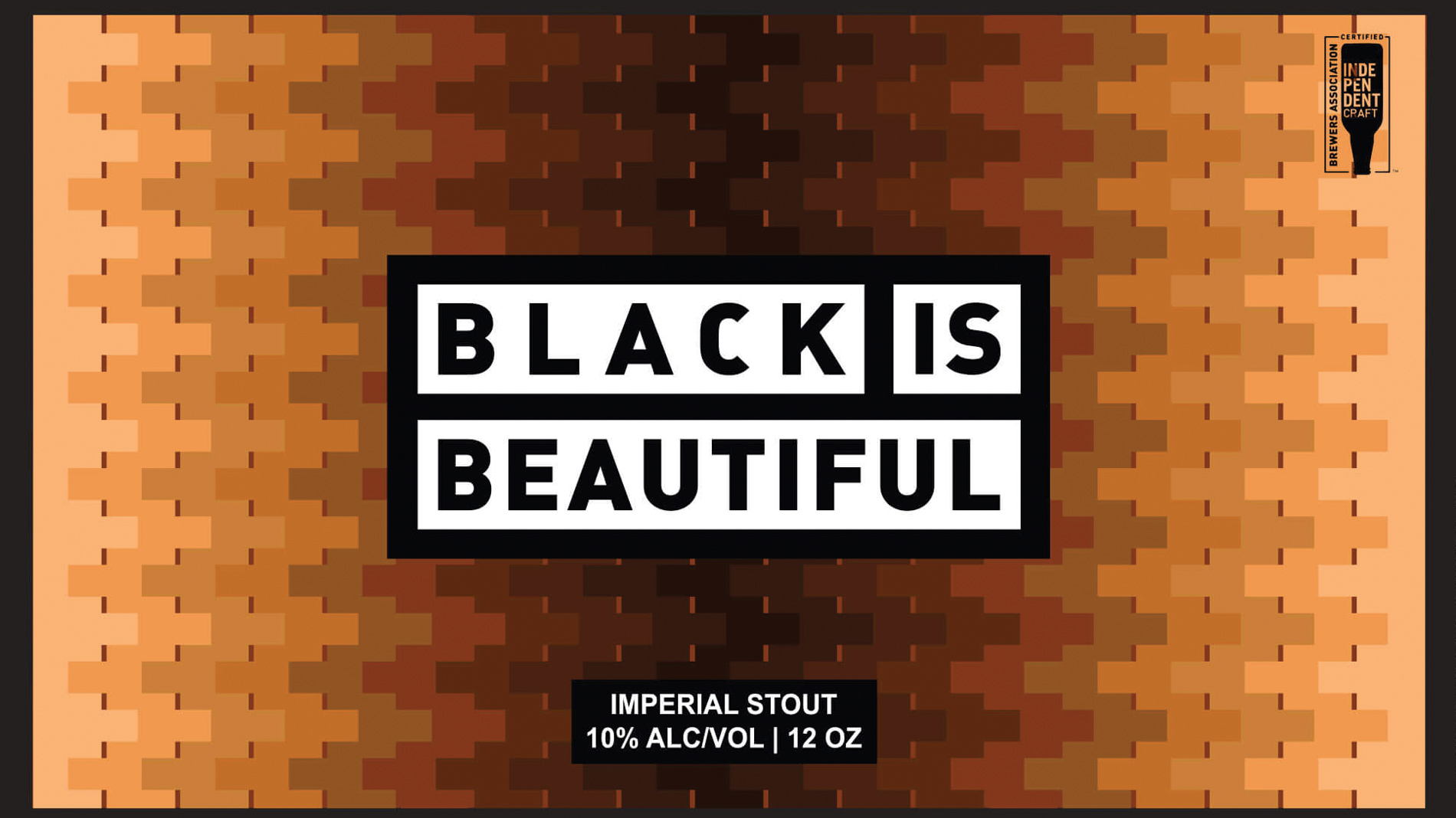 Several local breweries are participating in Black is Beautiful, a collaboration drawing attention to racial injustice and promoting inclusivity within the brewing community.

Weathered Souls Brewing Co., a Black-owned brewery in San Antonio, Texas, provides a stout base recipe and label design to participating breweries, who will then place their own unique twist on the Black is Beautiful beer, most of which should be available for purchase in late July. To partake in the initiative, breweries agree to donate 100% of the beer’s proceeds to an organization of their choosing, provided that it supports police brutality reform, equality and inclusion.

Scott Peterson, quality manager at Perennial Artisan Ales, jumped at the chance to be a part of the fundraiser. “We want to use our platform for good [and] raise consciousness on a local and national level about racial disparities and systemic inequality and injustices,” he said. The beer will likely be released in late July or early August and will be available at their taproom in cans and bottles as well as on draft.

Perennial will donate their proceeds to the Missouri Chapter of the American Civil Liberties Union. Though Perennial is a female- and person-of-color-owned business, Peterson notes that employees and clientele of St. Louis’ brewery scene are predominantly white.

Stuart Keating, head brewer at Earthbound Beer, also acknowledges this lack of diversity. “The goal [should be] to promote people of color in the industry and amplify [their] voices in a way that is meaningful and not tokenizing,” Keating said.

Earthbound is partnering with Saint Louis Hop Shop, a Black-owned retail craft beer store on Cherokee Street, for the initiative. They will donate their proceeds to the Close the Workhouse Campaign, an organization whose goal is to close the St. Louis city jail known as the “Workhouse.”

“We will be adding coffee and vanilla during fermentation, and we’ll have it available on tap and in to-go packaging,” Keating said of Earthbound’s twist on the stout.

Justin Harris, co-owner of Saint Louis Hop Shop, notes that although the industry is largely white, those working in the St. Louis brewing scene have a commitment to diversity. “It’s a collective of like-minded individuals,” he said.

“[This project] is something we can do that is immediately impactful,” said Kyle Kohlmorgen, founder and head brewer of Wellspent Brewing Co. “It’s [also] putting us on the right path for long-term solutions to our blind spots and lack of diversity. [At Wellspent], we are setting goals for our hiring structure and for reaching out to potential customers and team members in communities other than our own niche.”

Wellspent’s beer should be available on tap and in crowlers and growlers to go in late July, and the brewery will donate their proceeds to Action St. Louis, a coalition committed to direct anti-racist action and empowering Black voices.

In order to further diversify the brewing industry, Harris believes people should be “open and accepting of all cultures.”

“Having been a part of the [beer] scene for five years now, [I’ve] seen people from all backgrounds sitting at a bar and having a beer while talking to a stranger,” Harris said. “I think, as a start, we need to provide a space for more of those interactions to happen.”