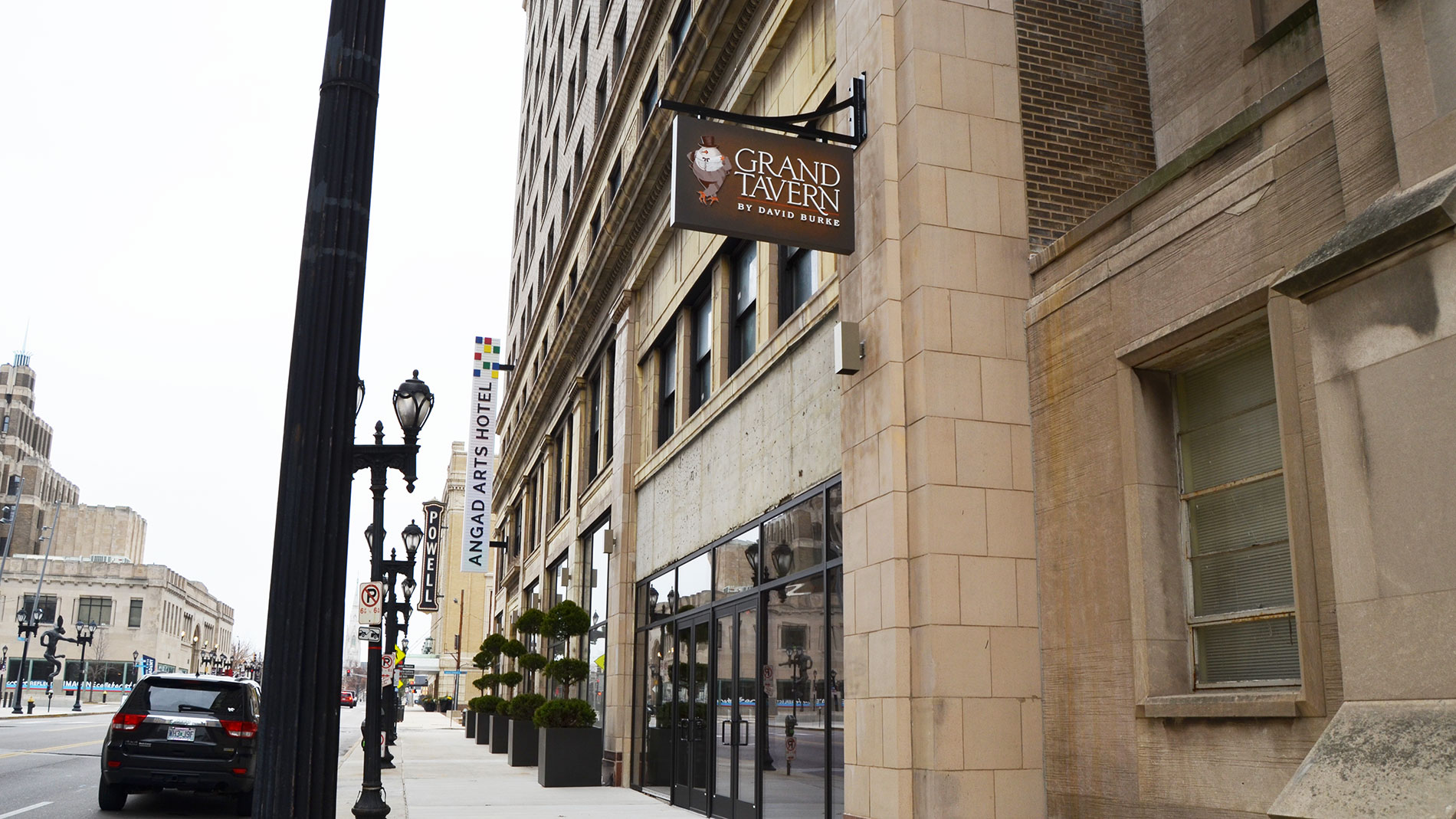 Big changes are happening at one of Grand Center’s main hospitality and dining hubs. Going forward, Gerard Craft and Niche Food Group will be acting as culinary consultants for the Angad Arts Hotel’s dining and beverage programs. The hotel – and most notably its main restaurant, Grand Tavern – had previously partnered with chef David Burke and his hospitality group ESquared. Their partnership dissolved earlier this year.

Craft said that his role at the outset is to help the hotel navigate its way through the COVID crisis, rework its menus, help provide staff and get the Angad Rooftop Terrace (and eventually the main restaurant) up and running. On that note, a few key Niche Food Group figures have been appointed to the project. Matt Wynn will take over as executive chef for the hotel starting next week, while Meredith Barry will step in as beverage consultant. Niche Food Group director of culinary Justin McMillen is helping oversee the development.

In a climate of frequent and unpredictable restaurant closings and reopenings, Craft said their goal at the moment is to take it slow. “We’ve been keeping it super simple,” he said. “We’re not trying to create huge nightlife out of this. It’s very distanced up there at the moment. We want to provide a great place for people to relax, sit down and have some snacks.” He added that terrace dining will initially be reservation-only and seated, and that food will lean toward charcuterie items, dips and cheese boards.

McMillen elaborated on the menu and described it as “elevated bar snacks,” citing dishes like short rib toast, malt vinegar chicharrones and a seeded hummus that features pumpkin and sesame seeds as well as porcini mushrooms, served with toasted pita. “Right now, we’re just kind of evaluating what they did prior to COVID and utilizing that space,” McMillen said. “It’s such a unique view of the city.”

Barry, who previously worked at the hotel as beverage director of Grand Tavern, is tailoring the beverage program to the space. “I’m just trying to see what people who are coming there are desiring, what people are wanting to drink and what they’re excited about,” she said. “In their houses, they can do the basic things, but they’re going out to indulge and have a unique experience.” She added that she aims to utilize what the bar already has in order to create a sustainable program that’s “colorful and delicious.”

A discussion about what to do with Grand Tavern is still underway, with Angad and Niche Food Group collaborating on a timeline and potentially a new (or updated) concept. Craft speculated on the space’s future, pointing towards a tavern “in a similar style to Brasserie. Real stick-to-your-bones comfort food.” He highlighted authentic English taverns as inspiration. The keep-it-simple approach is central here as well. “[It will be] a place you want to go eat,” Craft explained. “Not necessarily for theatrics, just for delicious food.”

The Angad Rooftop Terrace is currently open Wednesday through Saturday from 5 to 11:30 p.m. and Sunday from noon to 7 p.m., though hours may change going forward. Grand Tavern is closed indefinitely.