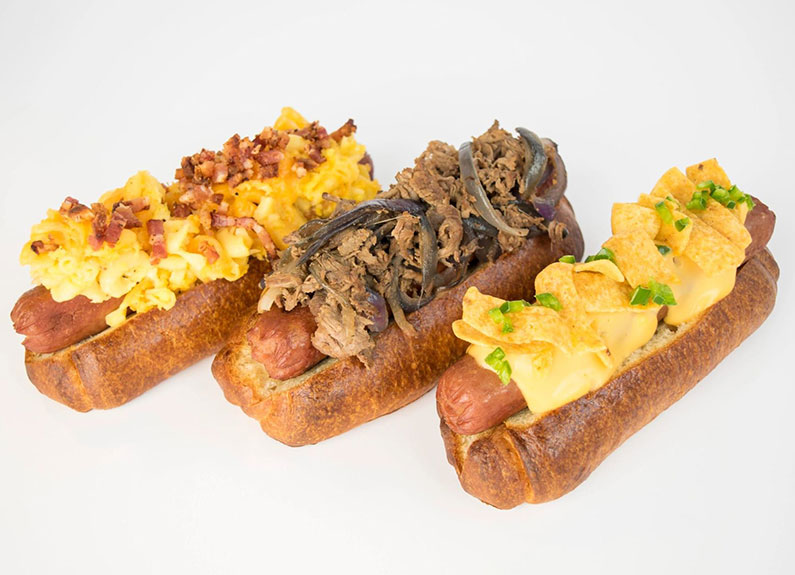 Bryan Scott, chef-owner of Doggie Mac's, is putting a foundation under his popular food truck. He had been looking for the right brick-and-mortar location since starting up the food truck in late 2018, finding a spot at 5622 S. Grand Blvd., the former home of Bridge Bread in the Holly Hills neighborhood of South City. The new spot is slated to open at the end of August.

“It was in my business plan from the beginning,” Scott said. “I figured if I needed to work out of a commercial kitchen anyway, I may as well own the kitchen.” He had previously prepped his truck out of the kitchen at a church in Benton Park.

Doggie Mac's will also provide catering and offer prepared family meals, as Scott plans to use the space to appeal to more customers. “It's exciting to play with different concepts and menu items ... to be able to serve a wider variety of products to a wider variety of clientele.”

Scott said that a deal for a different location had just fallen through when he found out about this open space. “It was like it was meant to be.” He thinks the location is a great fit. “It was available with a working hood,” he joked. “But really, it's a nice residential neighborhood with a lot of foot traffic, and it's close enough to the South Grand strip for people to think, 'You know, why not go a few more minutes to try something different.'”

While the buildup to the brick-and-mortar opening has been marred by the misfortune of engine failure to the Doggie Mac's food truck last week, Scott is staying positive about the future. “It's just another hurdle. It threw a big wrench in the business plan, but we do what we do in the restaurant business and we keep moving forward.”

Renovations are complete on the space, and Scott is targeting Aug. 28 as an opening date for the new spot, which will take online and walk-in orders.

“People were always asking me, 'Where's your location?' and where they can find me seven days a week, and I always had to say, 'Keep checking Facebook,' and 'Keep following me,” Scott said. “Well, here it is. Now I've got that spot.”