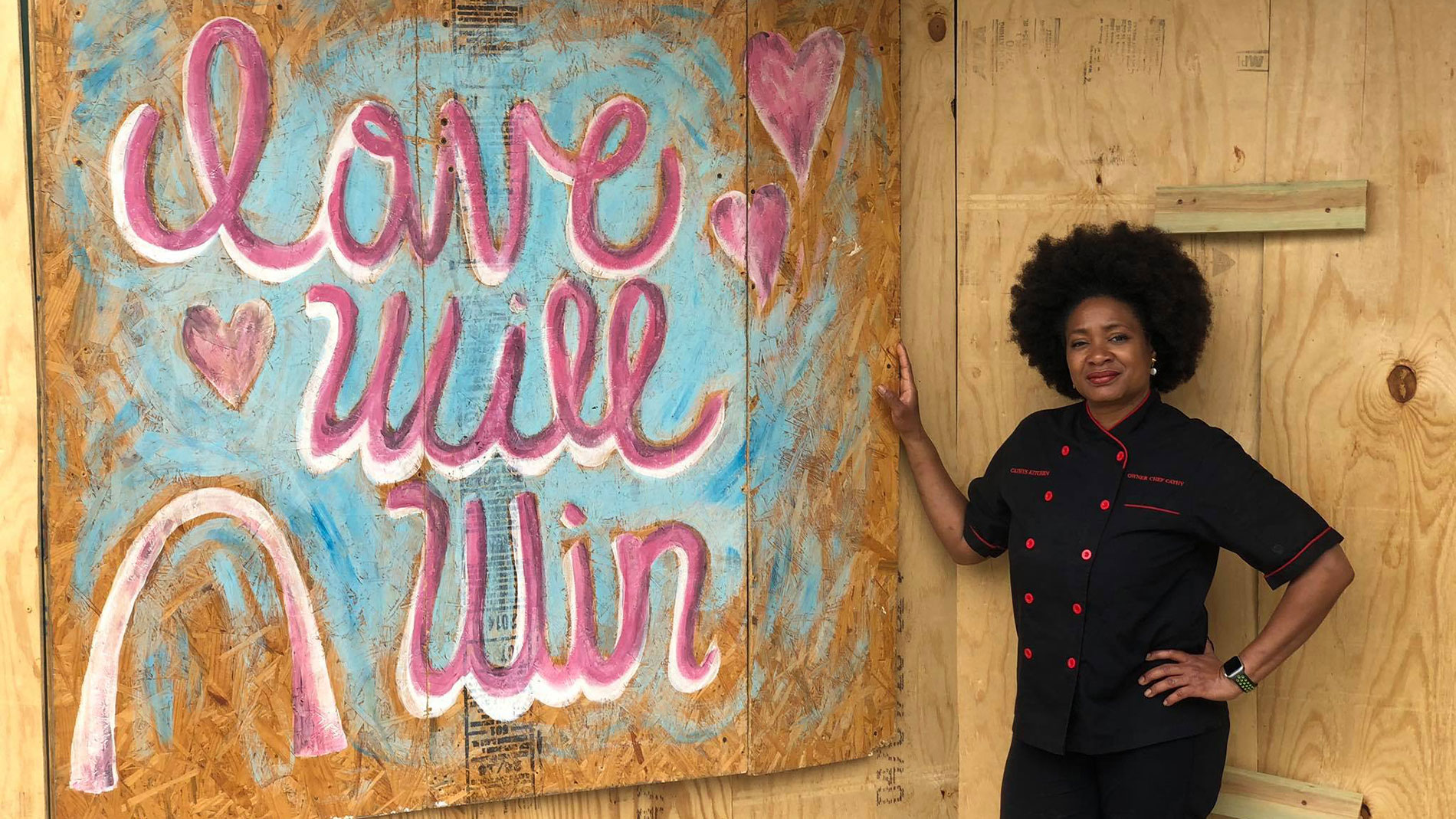 In a time where most restaurants are looking for ways to scale back service, Cathy Jenkins of Cathy’s Kitchen is not only maintaining, but taking advantage of new endeavors. After partnering with Schnucks, she’s started selling two of her most popular sauces at five of the grocery store’s locations.

“We started off with 5, but they offered the ability to sell in all the Schnucks stores,” Jenkins said. “We thought, ‘Let’s just start with 5. We’re making this sauce in the restaurant. We’re working to grow.’” Schnucks told her that they’re ready to do more whenever she is. “They’re excited,” she said. The sauces are available at the following Schnucks locations: Westfall Plaza, Ferguson, Cross Keys, Grandview and Florissant.

Jenkins said that Schnucks reached out because they were looking to support local, Black-owned businesses. When she heard from them, her product was already ready to go – she’s already been making the sweet and spicy and jerk wing sauces, and even had a barcode for them.

Though she’s started off slow with just two items, Jenkins is already looking forward to an assortment of potential products. “I would not miss out on this opportunity,” she said. “Once they told me [I could sell] pretty much anything that I want? Absolutely, yes!” Her Voodoo sauce will likely be next, followed by hot and cold prepared items.

She recently promoted the sauce on Melissa Etheridge’s live show on her network, Etheridge TV, which led to yet another avenue for the sauces. “Last week, I did the Melissa Etheridge show live on Zoom. She did a whole thing about my sauces,” Jenkins explained. “As soon as we got offline, we started selling them online via mail order.” They can be purchased here.

These new opportunities have added to an already busy schedule for Jenkins. While Cathy’s Kitchen did close its dine-in service at the beginning of the COVID-19 pandemic, it has remained open for delivery and curbside.

“For us, it hasn’t been that bad. We were set up for delivery before COVID,” Jenkins said. “We were one of the first restaurants to get Uber Eats to come to Ferguson, because it wasn’t there. A lot of people are afraid to be in Ferguson, but actually Ferguson is a great community.” She added that patrons can also use GrubHub, DoorDash and Postmates to order from Cathy’s Kitchen.

In addition, Jenkins was recently invited to submit two recipes to the Missouri Governor’s Mansion 150 Anniversary Cookbook. Funds from the cookbook will go toward the preservation of the governor’s mansion, which was built in 1871 and is listed on the National Register of Historic Places. The book comes out in October and can be pre-ordered here.

Editor's note: This article was updated at 6:30 p.m. Thursday, Aug. 13, to include the specific Schnucks locations.