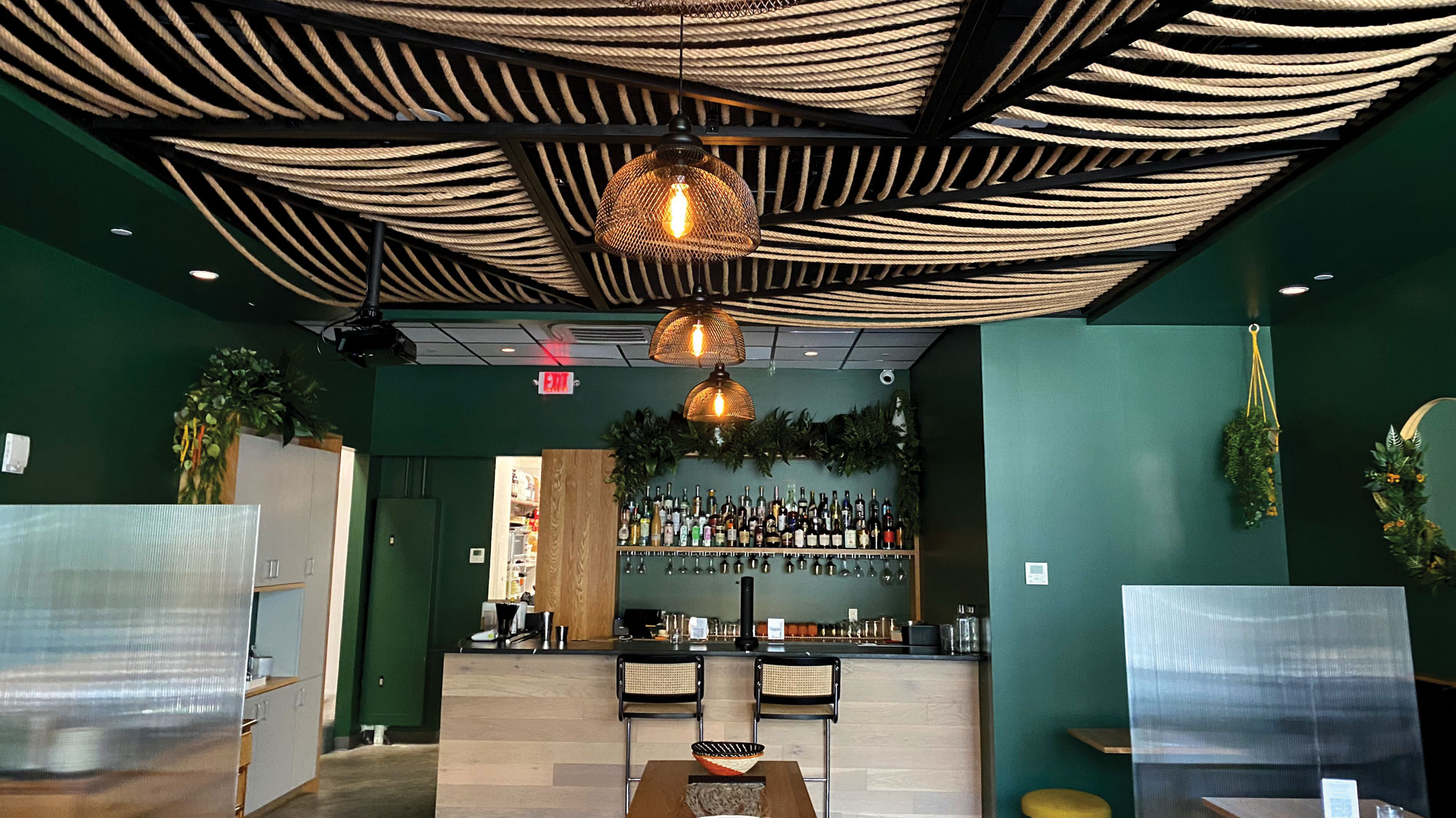 the interior at lazy tiger photo by meera nagarajan

Co-owner Travis Howard explained that the bar’s small footprint, which seats a maximum of 22, would enable all customers to have a “seat at the bar” experience. “I think a lot of people at cocktail bars like to sit at the bar so they can ask they can ask the bartender questions: ‘How are you making this?’ ‘How are you doing that?’” he said. While Lazy Tiger’s actual bar may be too small to accommodate many seats, bartenders Dave Greteman (formerly of Taste and Elmwood), Seth Wahlman (formerly of Olio), and co-owner Tim Wiggins will be both behind the bar and in front of it taking orders and answering questions. “You can still have that same intimate experience and get to know some new things, even though you’re not physically sitting at the bar,” Howard added.

Howard and Wiggins conceive of Lazy Tiger as a particularly American cocktail bar. Howard explained, “‘American’ is such a hodge-podge, a melting pot of everything,” allowing them to focus on technique and flavor rather than any particular spirit or geographic region.

This open-ended program also creates room for experimentation. Howard reports the bar staff is currently making their own horchata, a project that takes three days. While such a time- and labor-intensive undertaking wouldn’t be possible at the group’s larger establishments, Lazy Tiger’s smaller scale makes such craft approaches possible.

Another innovation Lazy Tiger’s staff is excited about, according to Howard, is their efforts at reducing the amount of food waste generated at the bar. “We’re trying not to use too much lemon juice, lime juice – cocktail bars pump through so much of that stuff,” he explained. The bar’s team has created “acid solutions” to provide acidic notes in cocktails; and by designing drinks that are “really colorful and beautiful,” they’ve minimized the need for garnishes.

While the bar’s program is focused primarily on drinks, a small number of food options, developed by Yellowbelly’s executive chef Ben Tulin, are available as well. While the food menu features mostly “shareable snacks and bites” such as a meat and cheese board, chicken taquitos, and a Calabrian chili crab dip, a short rib slab burger is available for those looking for something more filling.

To encourage social distancing, the bar has dividers in place between tables; they have also eliminated physical menus altogether, instead providing QR codes that offer customers access to the menu through their phones. Online ordering for carryout for both drinks and food should be available through the bar’s website soon, hopefully starting next week, Howard said. 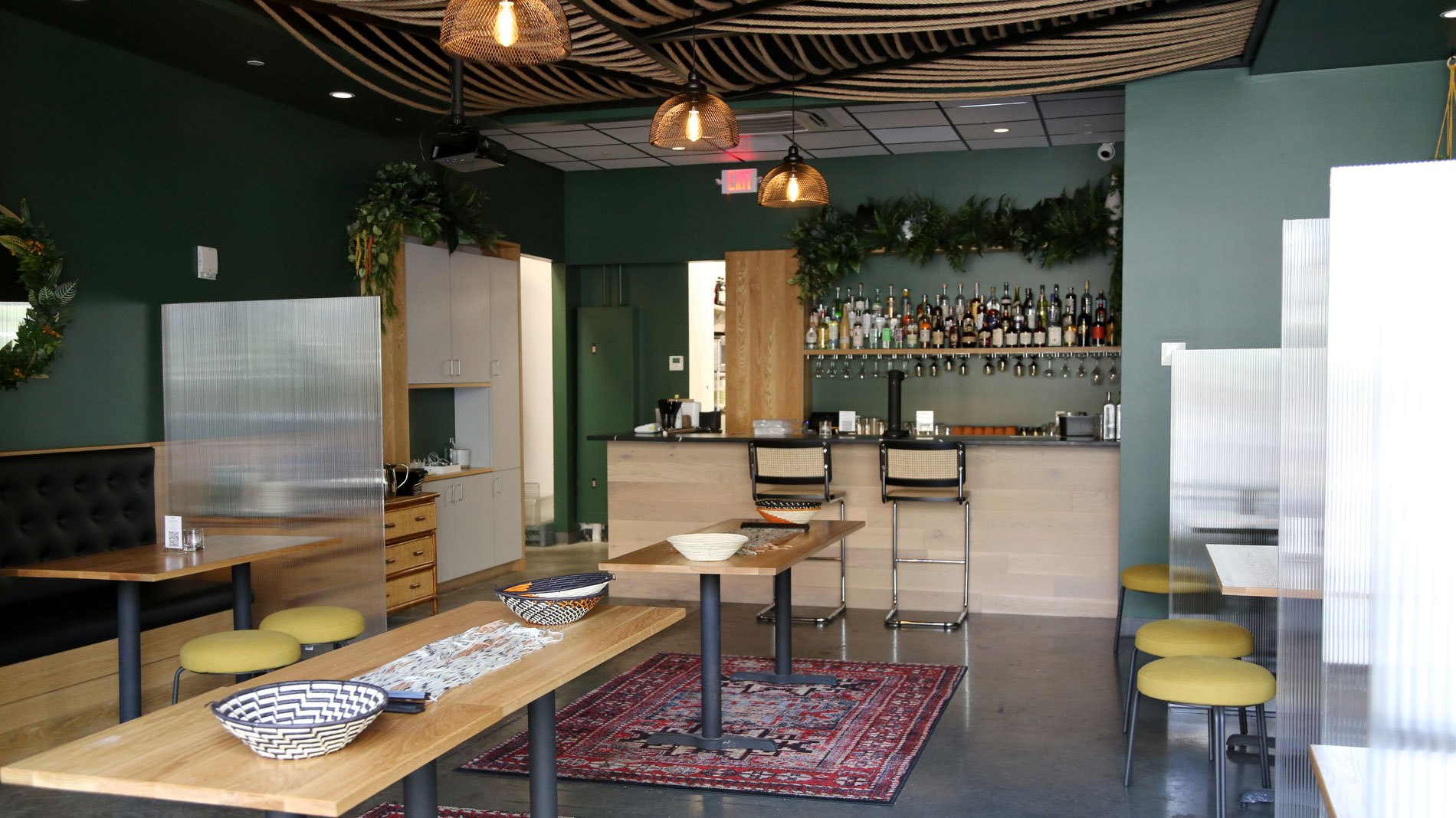 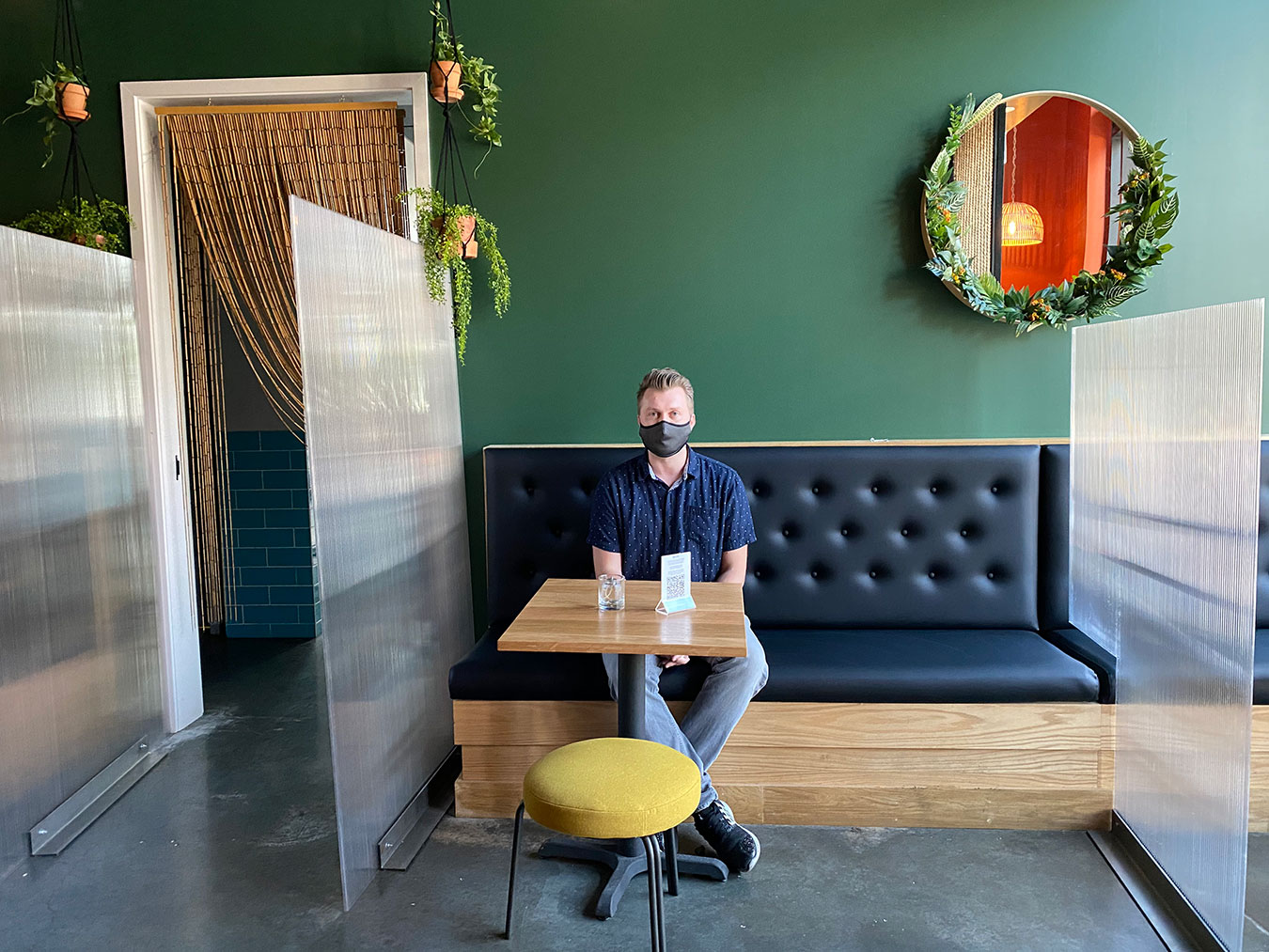 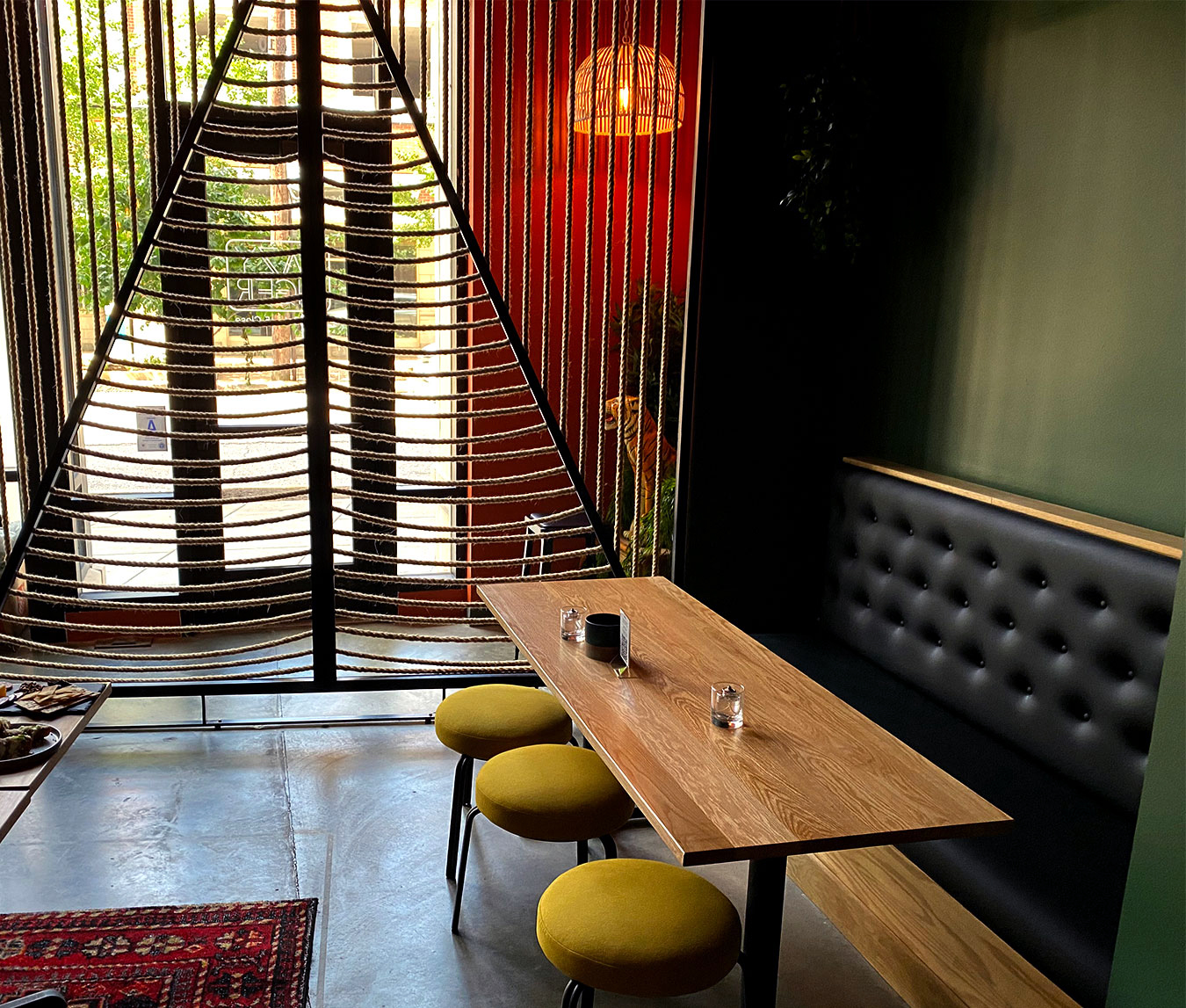 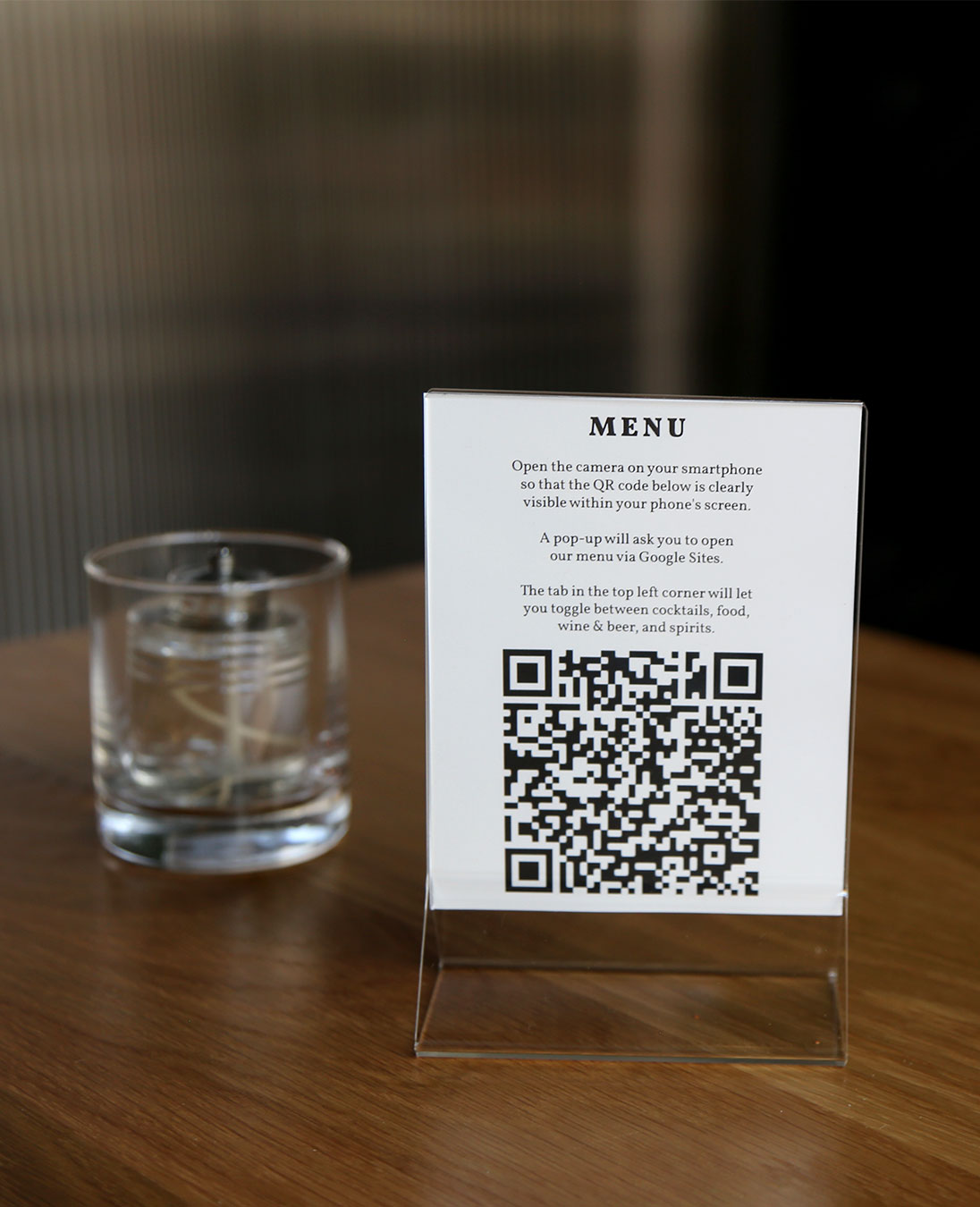 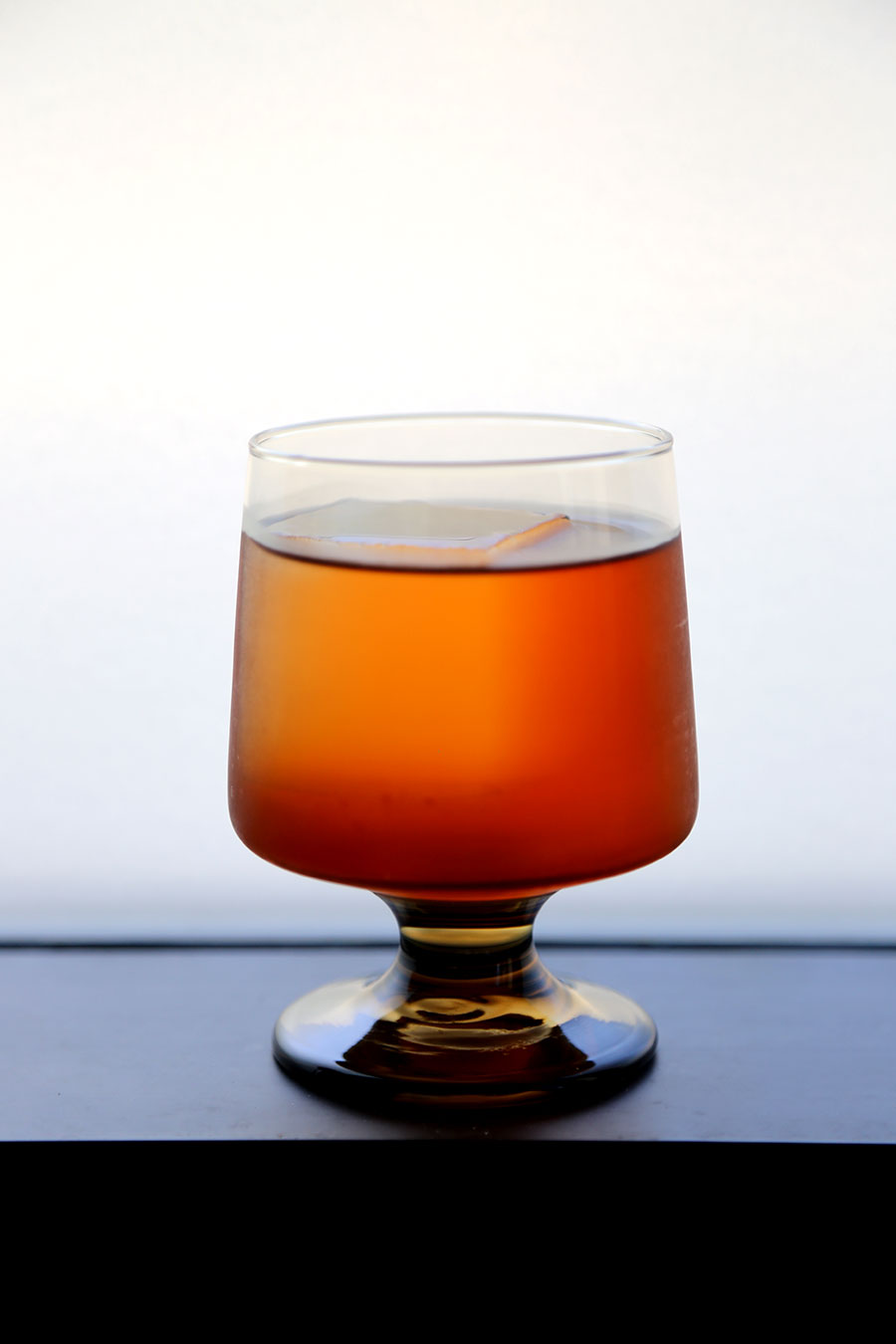 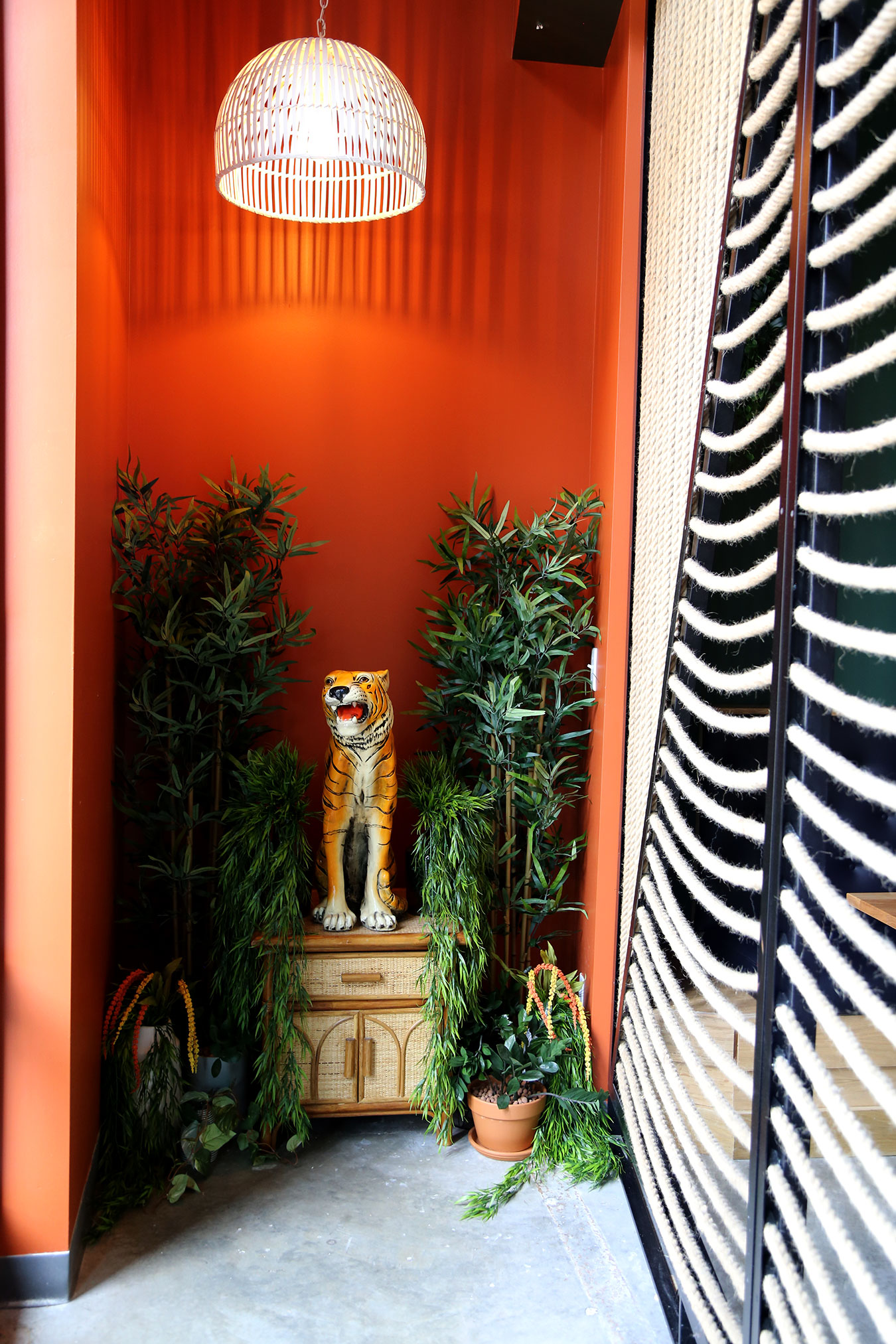 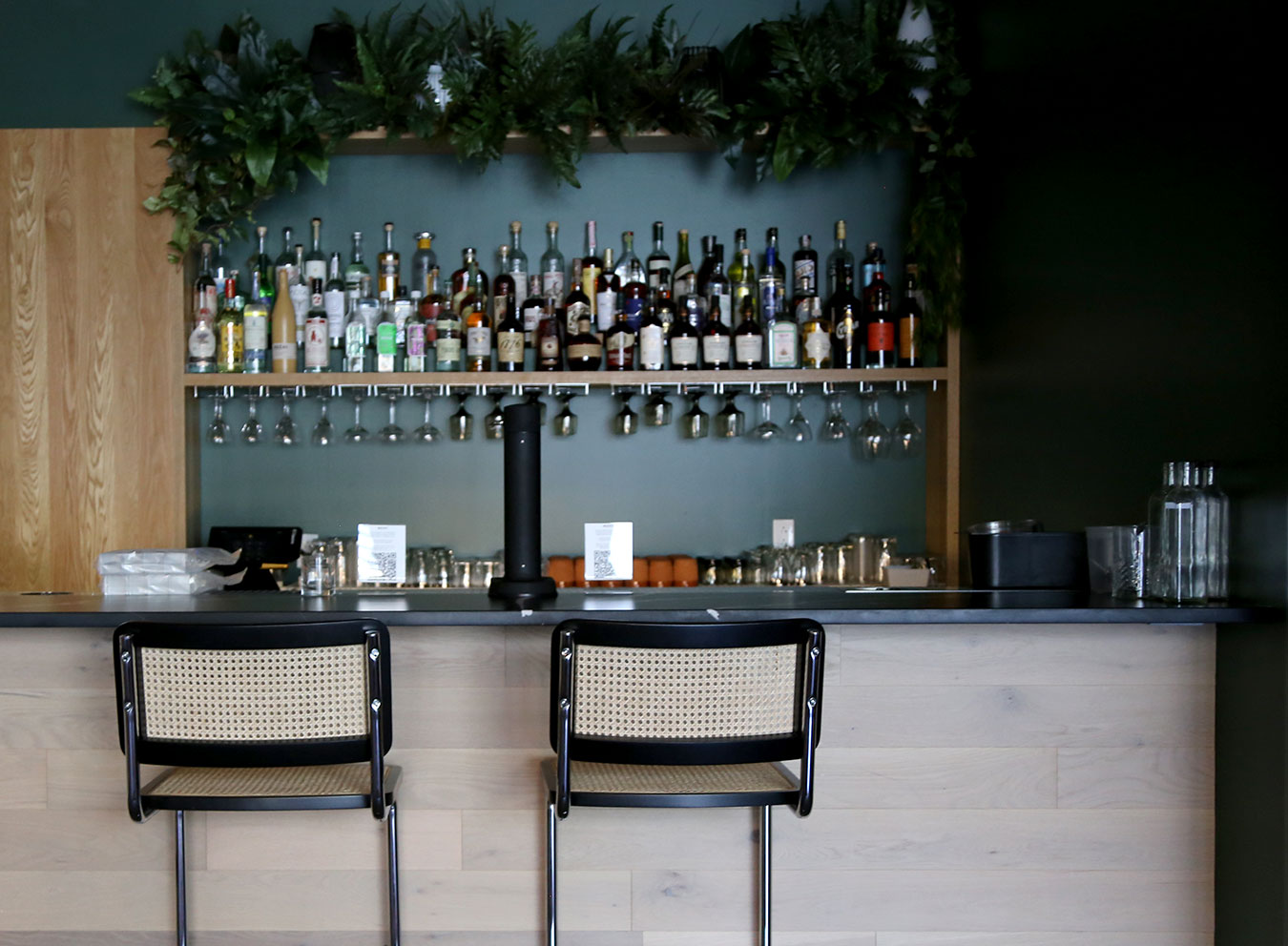 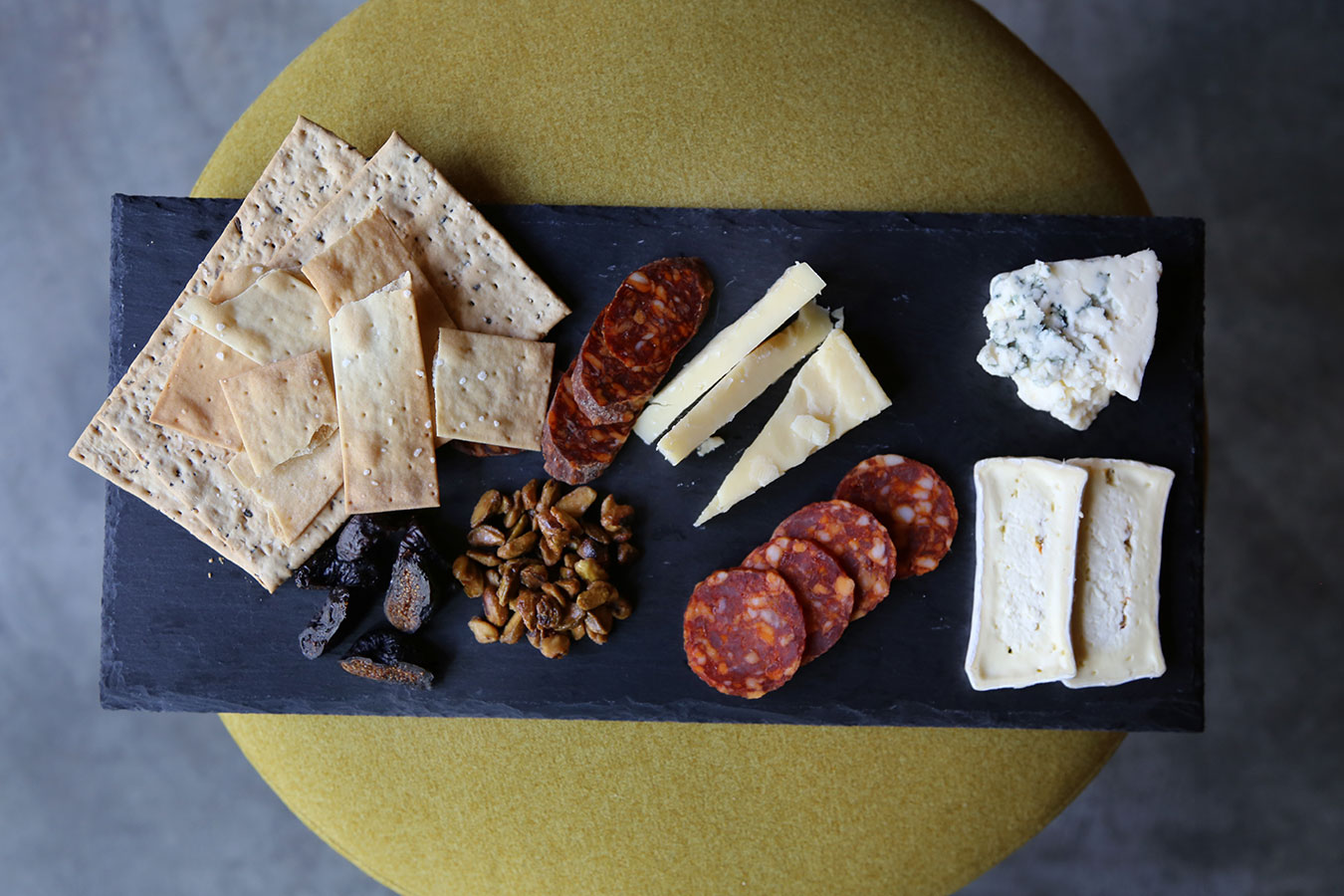 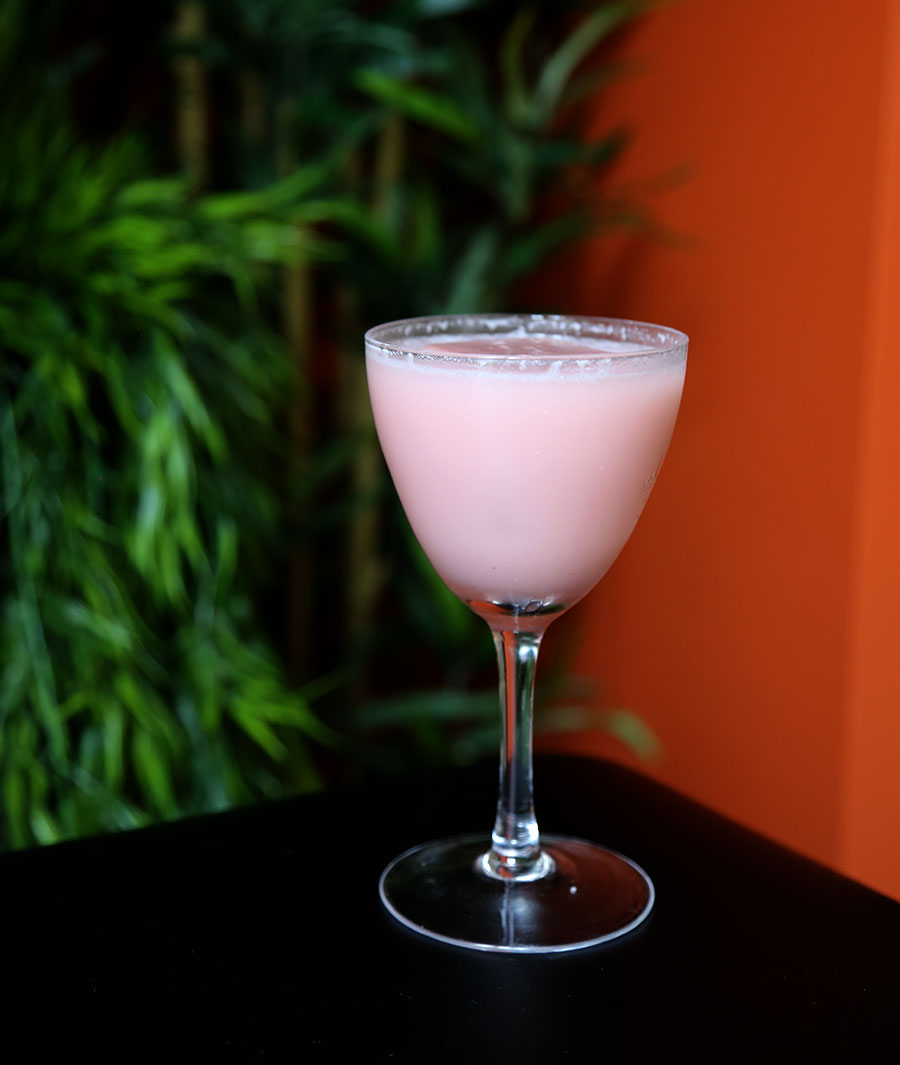 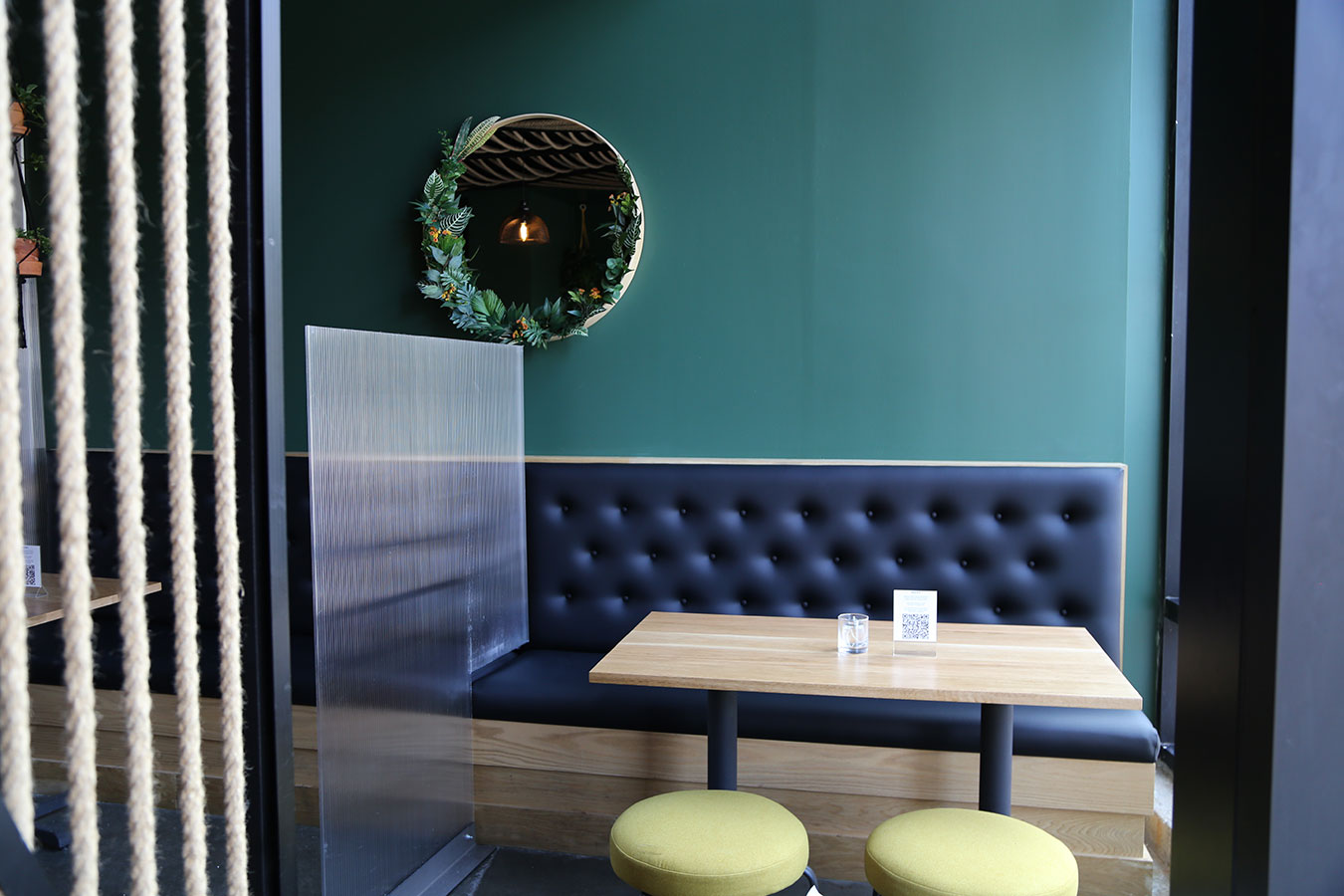 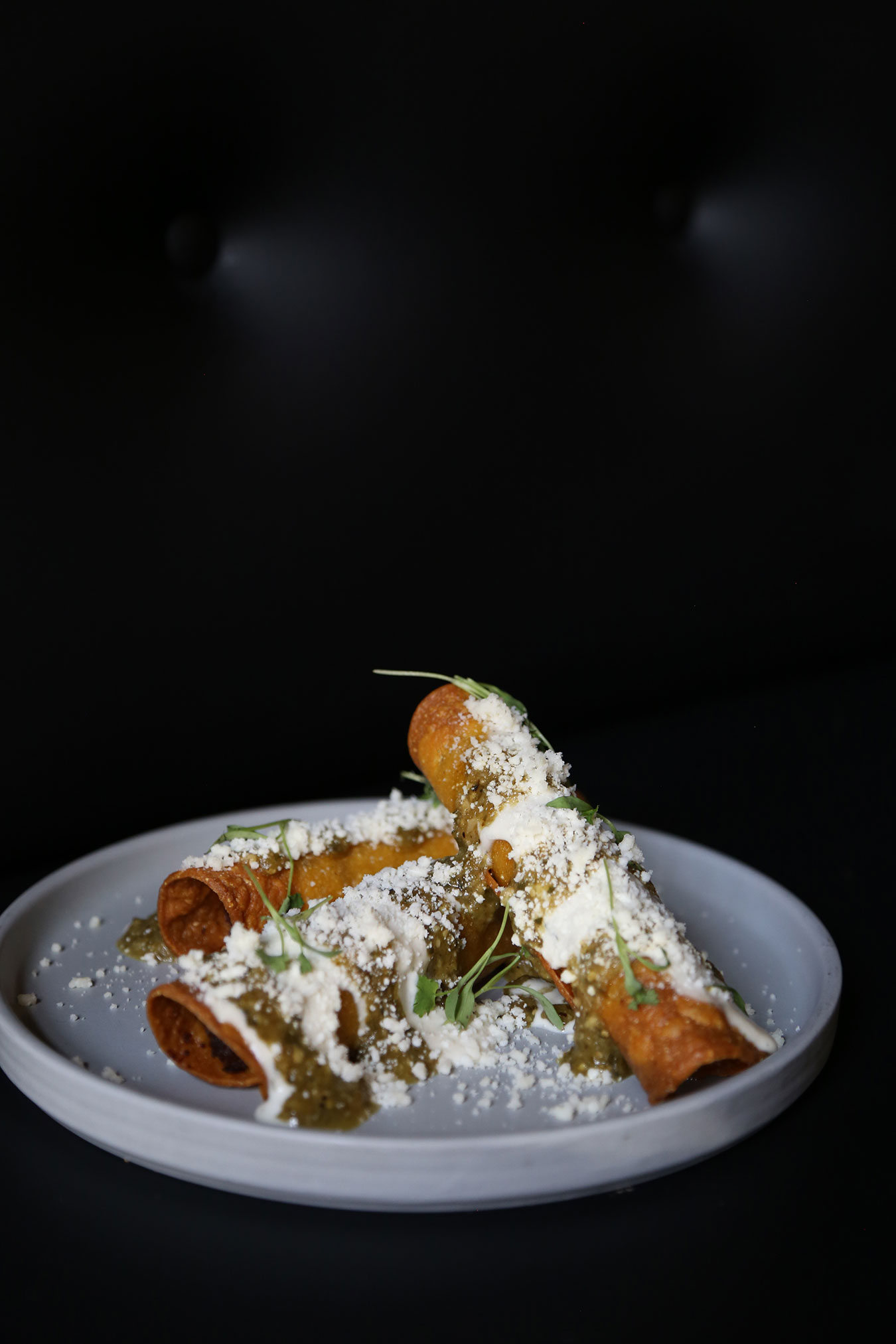 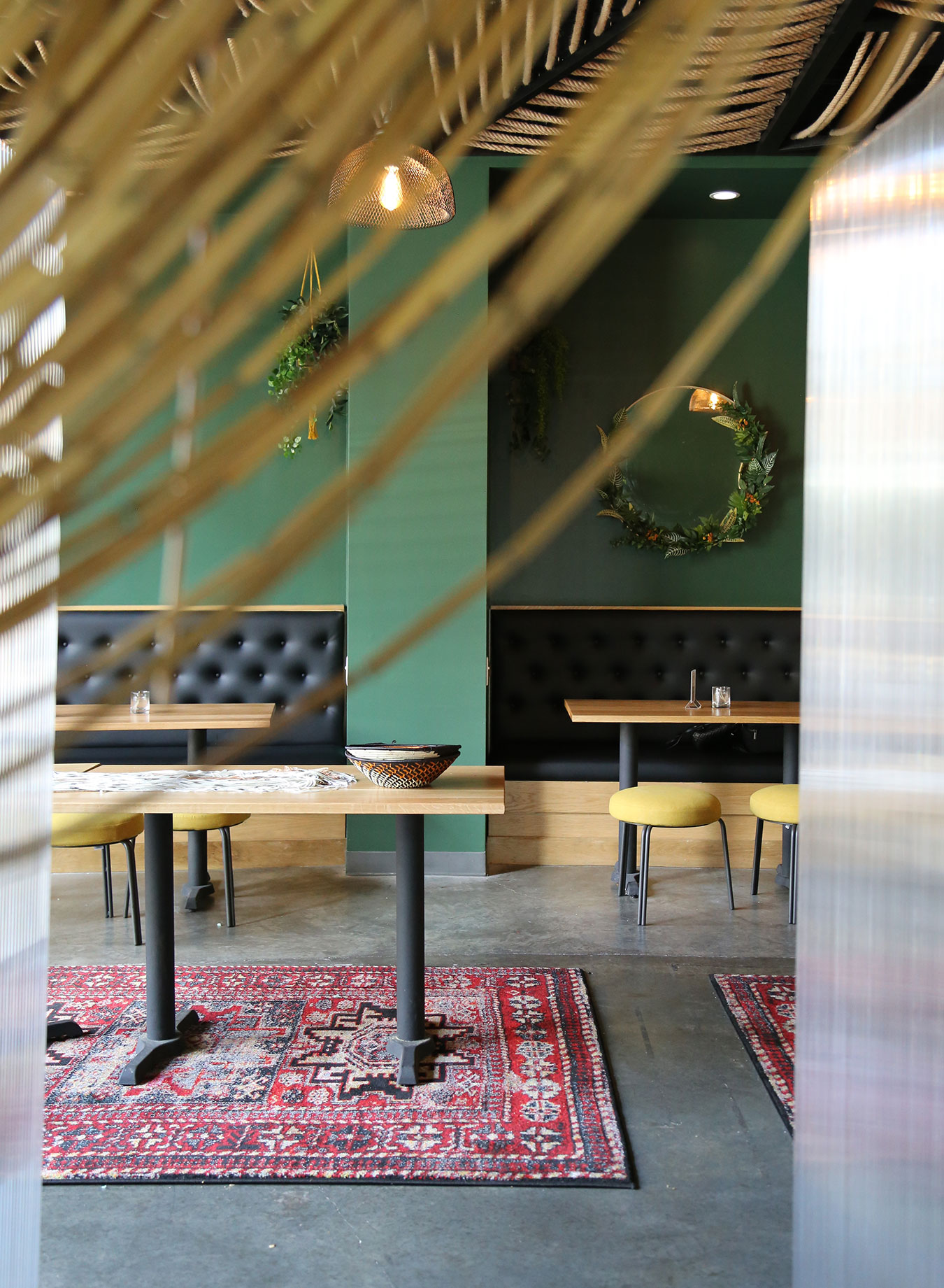