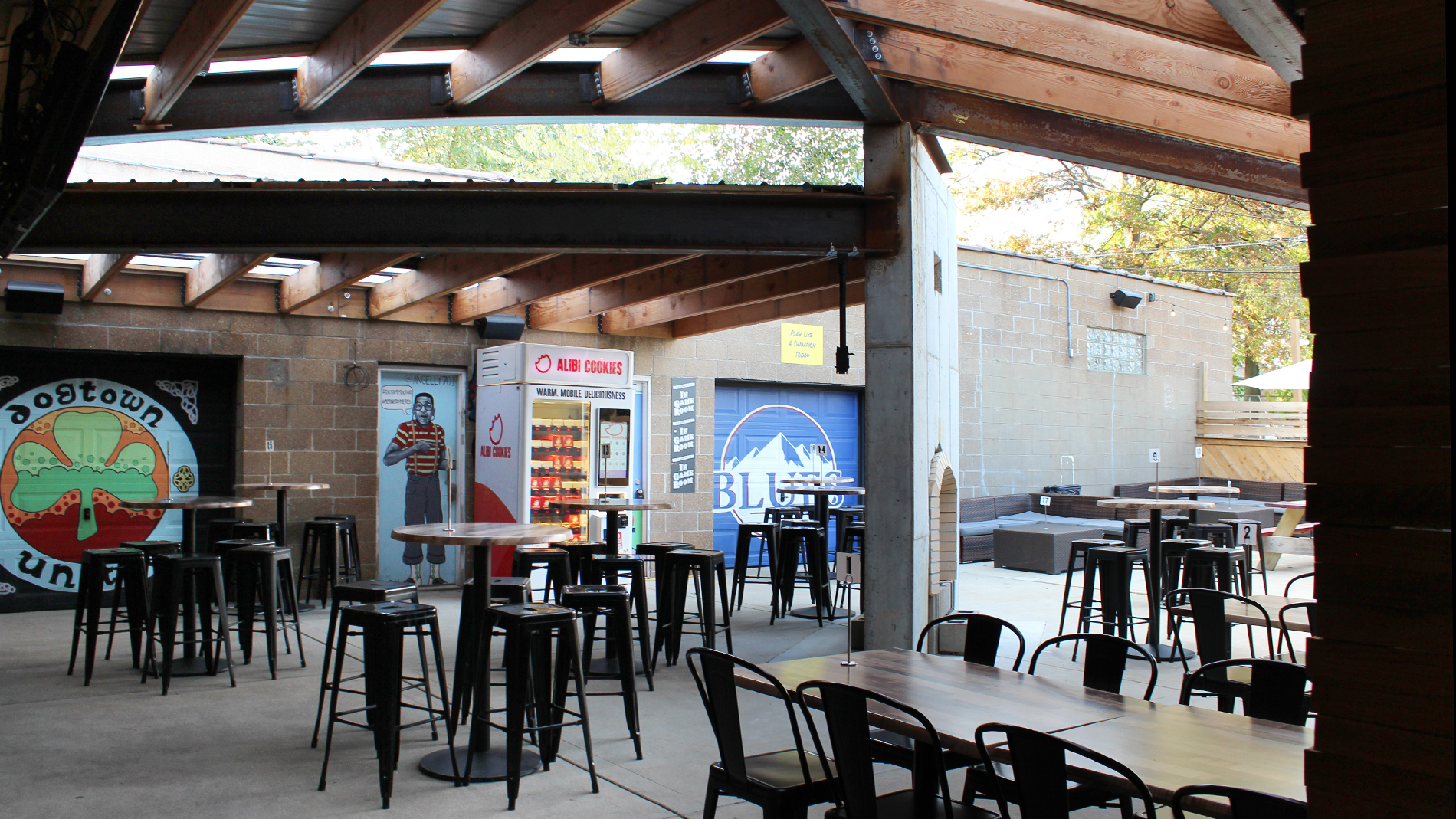 Across the St. Louis area, restaurants have adapted to the pandemic in a variety of ways. With winter on the horizon, though, business will soon become even more challenging. We've seen restaurants selling to-go cocktails and prepared meals, expanding patios to sidewalks and streets, and doing just about anything to keep the lights on and their staff employed. And changes are still to come throughout the region.

Outdoor dining has become crucial for many diners and restaurateurs alike amid safety concerns surrounding indoor dining, but winter weather has restaurants worried about how they will continue to serve diners comfortably outdoors. In addition, with restaurants reporting decreased revenue, many will struggle to find the funds for suddenly necessary patio improvements.

Mathis Stitt, chef-owner of Veritas Gateway to Food and Wine, was eyeing that precise problem when he decided to crowd-fund Veritas' patio upgrade, obtaining support from corporate sponsors whose names will be displayed on a banner outside the restaurant. They've also received an outpouring of support from the community, including donations ranging from $50 to $5,000. Some customers have even added money to their Veritas account to be spent at a later time. “With revenues at an all-time low for restaurants, it's hard to find the money to do what we need to survive,” he said. “We're lucky to have a lot of great partners for this.”

The patio will have a permanent roof and, once they finish with the funding, begin to feel more like the inside of Veritas. “We hope eventually to have built-in benches and furniture that can maximize the space,” Stitt said. They hosted a pig roast on Sunday, Oct. 4, and plan to host multi-course meals on Friday, Oct. 16, and Saturday, Oct. 17, to garner the rest of their goal amount, roughly $50,000 to $60,000. Reservations for the dinners may be made by calling 636.227.6800. Stitt expects the patio construction to be complete by Oct. 16; however, he doubts it will be fully outfitted by that time.

Restaurateur Bob Brazell had already planned a patio renovation at Tamm Avenue Bar when Covid started shutting down dining rooms. The project is proving especially important now. “It's kind of been our saving grace here because we still don't allow anyone to enter the building,” Brazell said. “We have someone at the door who explains our rules, and everyone wears a mask going in and out, and we're doing full service because we want to eliminate as much walking around as possible.”

Missouri Custom Builders works on the patio during the day and packs up in time for the bar to open at 5 p.m. “We also installed a service window for Nomad, which is something we're really excited about," Brazell said. "So now Tommy [Andrew, owner of Nomad] can serve food right out of the window.”

Tamm Avenue Bar's nearly-completed renovation will include a double-sided fireplace and the capability to be fully enclosed and heated when the weather demands but open-air when weather permits.

In the Central West End, some restaurants have been taking advantage of weekend street closures turning Euclid Avenue into expanded patio space. That program has been extended until the end of the calendar year, but the city and restaurants are still working out the finer details of outdoor winter service. “We're looking into things like the cost, and getting heaters,” said Brennan's owner Kevin Brennan. “They were considering doing something with tents, but that turned out to be cost-prohibitive.” On top of navigating street dining, Brennan's has also been involved in an unplanned relocation, and the new space is close to being completed. “We're supposed to be opening in a couple weeks,” Brennan said. “We don't really have a date because we can't do a grand opening, since we can't have too many people.”

And that's not all. “We're doing a lot now with boozeandsnacks.com, our online delivery service, which works really well for fundraisers and corporate events and things like that as well, so we've got plenty to keep us busy,” Brennan said. “We've been able to do so many Zoom gift box things with everything like custom cocktails, pre-batched drinks, bottles of booze and beer, and we've been able to keep selling a lot of food.”

Veritas has been selling care package-esque gift baskets on the weekends for pickup and running W.W.M.C. Specials (What Would Mathis Cook), generally featuring something a little less fine dining and more carryout ready.

Not every restaurant has been able to turn itself into an entirely new kind of business to stay open during the pandemic. “We're in a weird time where restaurants succeed based on so many things other than putting out quality food,” said Stitt. Plenty of popular St. Louis restaurants, among them Zoe Robinson's Bar Les Freres, Billie Jean and I Fratellini, have yet to reopen due to concerns about safety.

With the crucial holiday season approaching and no end to the pandemic in sight, every restaurant can't return to its former success. Brazell's Byrd & Barrell location on Jefferson Avenue has already closed due to the pandemic. “When we reopened, it was great because we had a drive-thru, and we thought, 'Maybe this is an effective new model,'” Brazell said. “But then once everything else started opening back up, it was like everyone was trying to reopen, and we're all chasing the same small dollar, and we had to shut it down.”

Clayton's street dining program that allows restaurants to use street parking as patio space is scheduled to terminate on Nov. 1. “Street dining has been going great,” said Steve Gontram, owner of 5 Star Burgers. “I feel like we're doing good business and making a lot of people happy with the patio setup, so it's definitely been a really good thing ... what that is going to look like in the future – what winter is looking like – is worrisome.”

In addition, 5 Star Burgers is one of a number of restaurants yet to seat diners indoors, something that Gontram said they may be forced to consider over the winter. “It's going to be on each individual restaurant in terms of whether they're going to go there, and it's probably going to come down to how much money they can make from just doing carryout and delivery. ... If we have to make a decision in regards to seating people inside, that decision will be made with our staff.”

Restaurants might be facing the most challenging season of service during the pandemic, but they're each doing what they can to stay alive, either by taking risks or mitigating them. For Stitt, the survival of Veritas is a responsibility to his customers and himself. “We're committed to staying around so that people can come in and enjoy themselves. ... I've never been to a restaurant with so many people who mingle and people who know each other just from Veritas. ... It's a community and one I feel like a part of; most of the people I know, I know from Veritas.”

For Brazell, surviving is about his employees and the neighborhood they're a part of. “We're proud of creating jobs and where we've chosen to do it. I mean, it's why with Byrd & Barrel, we wanted to be down on Jefferson, and people thought we were crazy. And we had a great five-year run.”

In St. Louis County, there has been impactful legislative change to restaurant restrictions. The St. Louis County Council authored a resolution asking county executive Sam Page and the St. Louis County Department of Health to increase maximum restaurant capacity to 50% and to work actively with restaurants to “identify and/or provide whatever interim supports they can until they can resume full operation.” Page announced on Monday, Oct. 5, that businesses could increase occupancy to 50% beginning at 5 p.m. Wednesday, Oct. 7.

Councilman Mark Harder spearheaded the resolution and worked with Satchmo's owner Ben Brown to refine the statement's information and talking points. “He was concerned with how cooler weather would affect outdoor dining, and it was something I had thought about but didn't really know what exactly could be done about it,” said Brown. “I'm really glad Mark reached out to me at the time he did, because the weather is already starting to cool down.”

Restaurants continue to struggle for survival, and they need our help. An easy way to get involved is to reach out to your representatives and let them know you support the Restaurants Act and believe in the importance of protecting the restaurant industry. 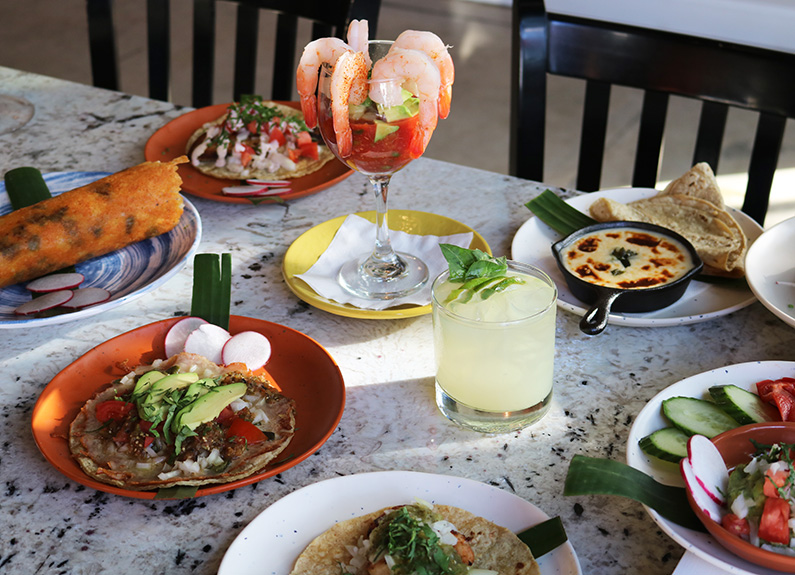 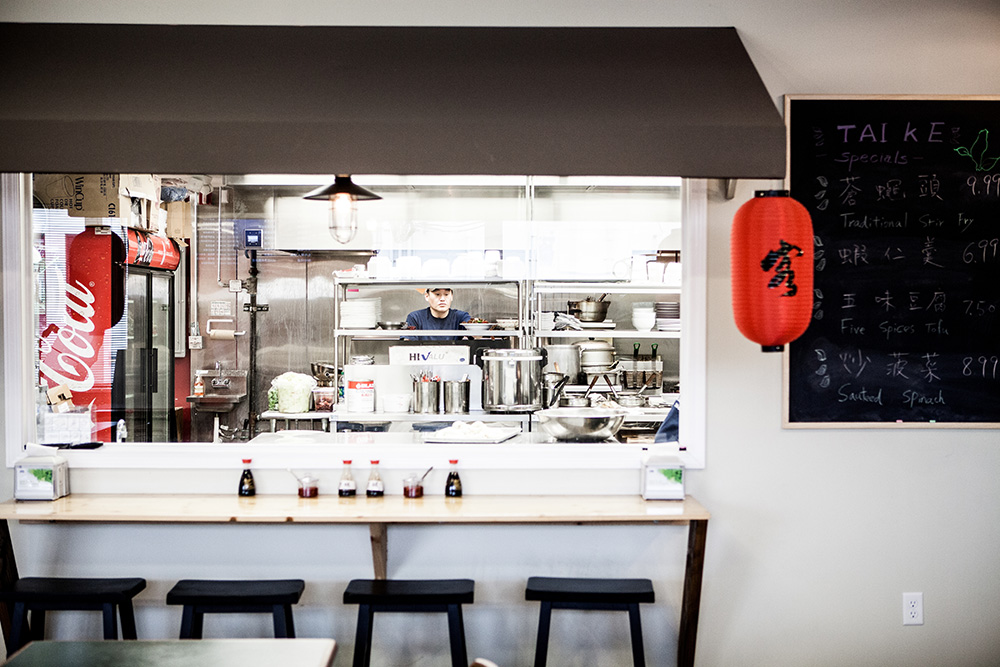 Finding a great spot to eat at on a Monday night in St. Louis is truly ... 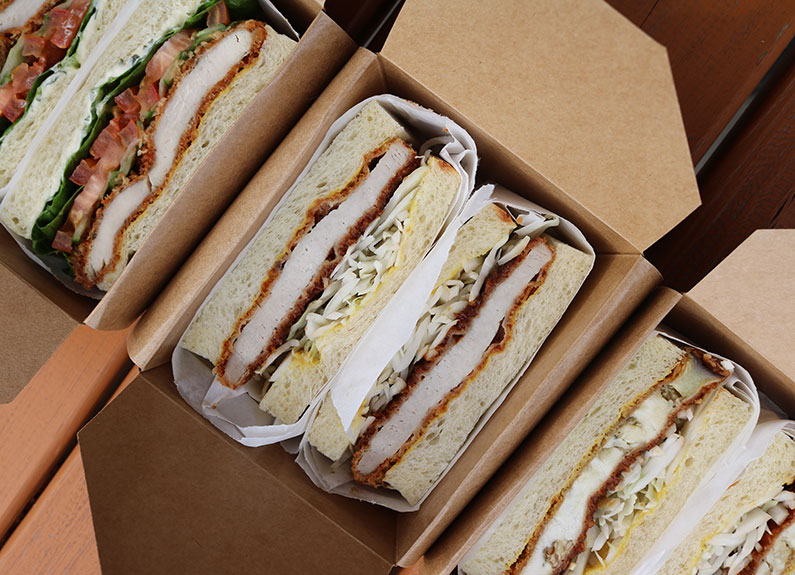 Japanese sando concept Izumi is finally heading out on the roads of St. Louis, Missouri.