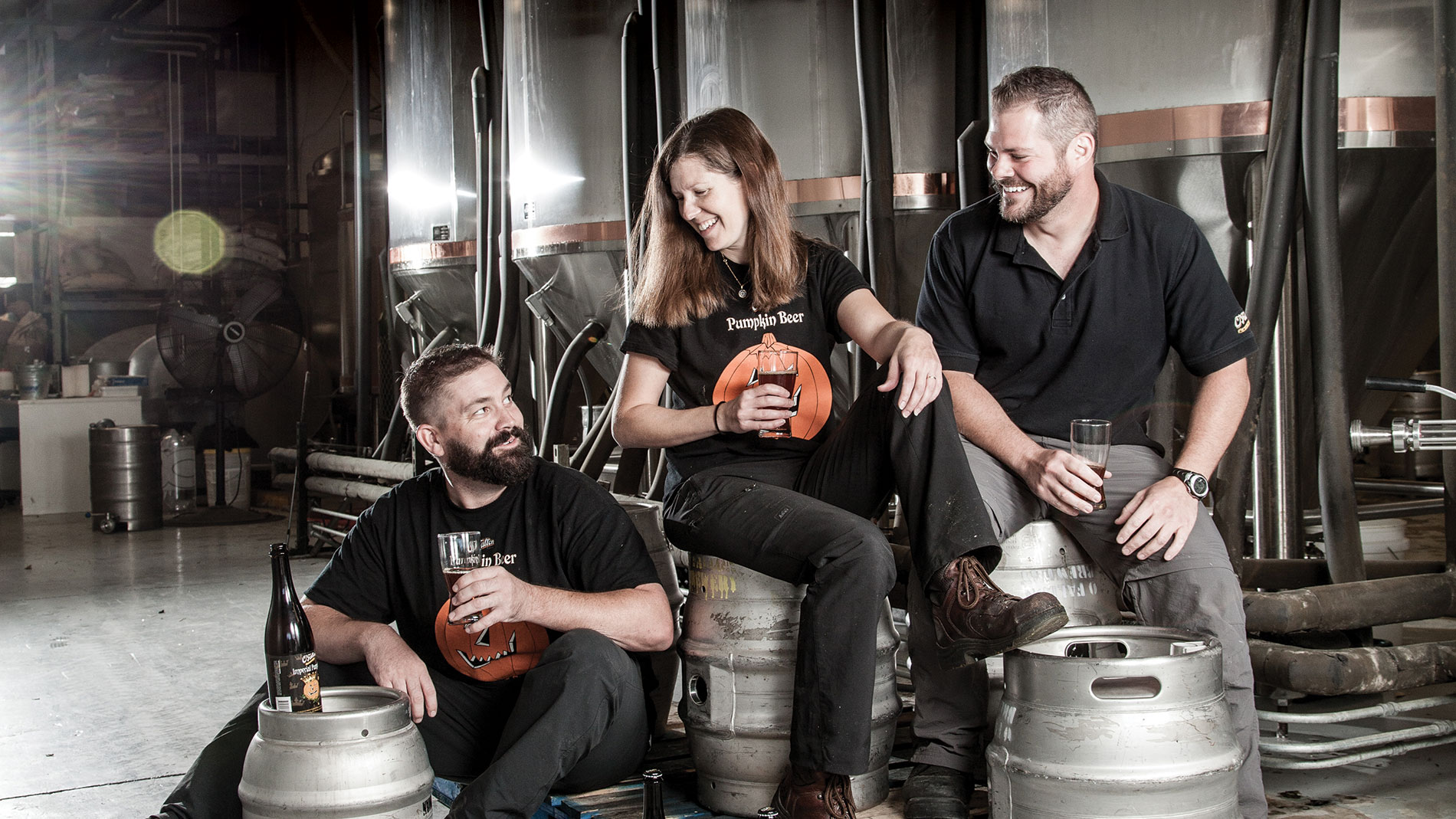 It’s the season for bonfires, cable-knit sweaters and the fruits of the harvest. And if you like your pumpkin in liquid form, you’re in luck. What was once an autumn curiosity has exploded around town – which means you get your pick of the pumpkin patch.

All beers available on draft at brewery unless indicated otherwise.

Alpha Brewing Cucurbita
“It means pumpkin in Latin. It’s a sour pumpkin stout. We’re releasing it on Halloween. We brewed it last Halloween, and it’s been aging for a year.” – Derrick Langeneckert, head brewer

Charleville Witch’s Brew’mmm
“We use a Belgian ale yeast. It gives it more fruit tones that lend (themselves) well to the character of the spices and pumpkin.” – Tony Saballa, brewmaster/winemaker

Crown Valley Imperial Pumpkin Smash
“This is the second year for it. Last year’s version received a bronze medal at the World Beer Cup for field and pumpkin beers. The vanilla and the pumpkin spice comes to the front and gives you a great mouth feel.” – Jeremy Gilbert, brewmaster

Exit 6 Oh My Gourd, Becky
“This pumpkin ale is an amber-based beer made with real pumpkin and pumpkin pie spices.” – Britton

Exit 6 Wicked Imperial Pumpkin Porter
“With a porter you get a roasty chocolate and coffee flavor to go along with the pumpkin and spice.” – Britton

Morgan Street Pumpkin Ale
“It is a subtly spiced pumpkin ale that will leave your taste buds feeling like you just took a bite of pumpkin pie with whipped cream on top.” – Dustin Chalfant, head brewer

O’Fallon Brewing Imperial Pumpkin Ale
“This year we have a special limited-edition Imperial Pumpkin. It has 10.5 percent ABV, and we added vanilla. We will only make 4,200 bottles and distribution is limited to the St. Louis area.” – Jim Gorczyca, owner

O’Fallon Brewing Pumpkin Beer
“We use real pumpkin in production of the beer, not pumpkin flavoring. Additionally, we use cinnamon, nutmeg and clove from Old Town Spice Shoppe in downtown St. Charles.” – Gorczyca

Schlafly Pumpkin Ale
“It is 8 percent ABV and has a sweet and malty flavor with a lot of pumpkin pie spice. We use real pumpkin and real spices.” – James “Otto” Ottolini, brewmaster

Six Row Punktoberfest
“We are known for making hybrid beer styles. Punktoberfest is a hybrid between a spiced pumpkin beer and an Oktoberfest.” – Evan Hiatt, president and brewmaster

Square One Spiced Pumpkin Ale
“The aroma is of the spices, but the flavor finishes with the sweetness of the malt.” – John Witte, director of brewing and distilling

Urban Chestnut Count Orlok Black Pumpkin Wheat Ale
“Like Count Orlok, our beer has noble, German beginnings, but then things go black. We use a traditional Bavarian Weissbier yeast strain and then convolute the whole thing with chocolate malts, Golden Delicious pumpkin and a blend of spices.” – Florian Kuplent, co-founder and brewmaster