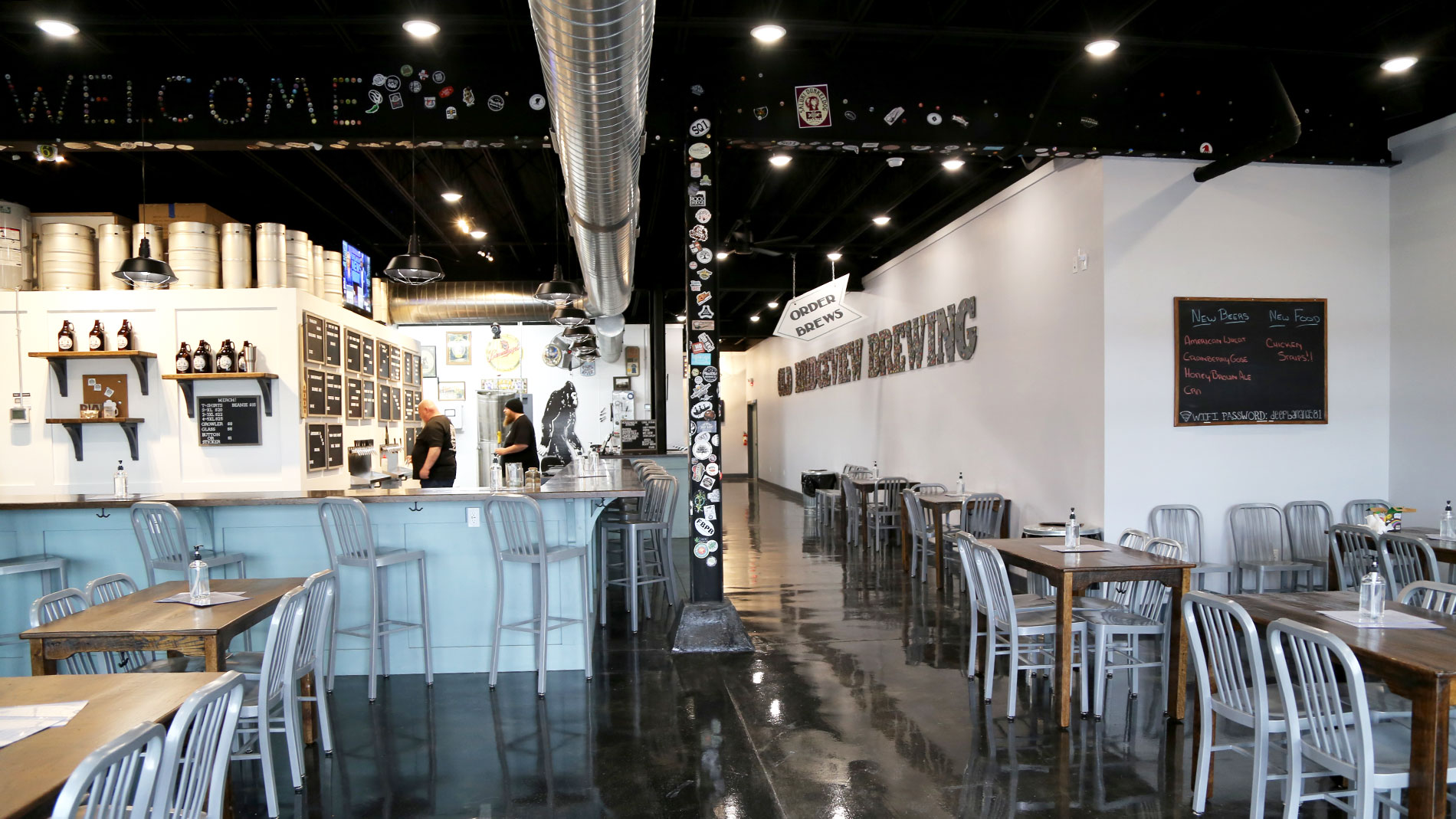 Old Bridgeview Brewing opened in early January at 16 E Front St. in downtown Washington on the riverfront. The 3,000-square-foot space seats 65 with an industrial design complete with garage doors that open up when the weather is nice.

Co-owners Eric Earls, Tony Willson and Darren O’Rear are all homebrewers, and they thought it was finally time to open a place of their own. They decided to make Old Bridgeview Brewing a community brewery with an aim to partner with local homebrewers. They currently have partnered with five local brewers and will always have five of the 20 taps reserved for these community beers.

For the remaining 15 taps, look for Bridgeview beers along with kombucha, cider and vodka seltzer. “We love traditional German beers and one-offs too; we love to experiment,” Willson said. The menu ranges from northeastern IPAs to fruited wheat beers to stouts. The latest experimental beer is called Outdoor Livin, a wheat saison with lemon drop hops, “It’s an easy-drinking light beer with a lot of flavor, most beers here are 4 to 6% ABV – we like session beers.” He said.

The Fraulein Hilda, a Berliner Weisse, a low-ABV sour beer that they serve with your choice of house-made fruit syrup, is made by co-owner Fair Holschen. It’s a beer Willson believes sets Bridgeview apart from other breweries in the area. The spiced pear syrup tasted like fall with an added a hint of sweetness and baked fruit flavor. There are also other syrup flavors like grapefruit, lemon-basil, papaya and mojito, and the flavors will rotate. The It’s Gose Time! is a German-style sour flavored with cranberry and salt for a refreshing and crisp beer that had a tart finish and a rose-colored hue.

For customers that don’t just want a beer, they wanted to be sure to have other offerings, like kombucha with rotating flavors on tap like cranberry and oolong tea with pineapple. Instead of making a trendy hard seltzer, they make a vodka seltzer by simply combining water and vodka, carbonating it and allowing customers to select what syrup to add. “People that don’t like beer love it,” Willson said. Their first cider is 11% ABV with notes of vanilla and cinnamon, but guests can expect lighter flavor profiles for spring and summer.

Tilted Skillet 2, owned by Washington restaurateur Tom Kent, is doing the food at Old Bridgeview Brewing, making this his second Tilted Skillet location. He also has a steakhouse called 514 Chophouse in Washington. The menu focuses on comfort food and is more tailored to the brewery with items like wings tossed in one of several sauces and served with ranch dressing, smash burgers, a pulled pork grilled cheese and a pretzel served with a beer cheese sauce. “He does the best food in town, that’s why we asked him to be a part of this.” Said co-owner Tony Willson. 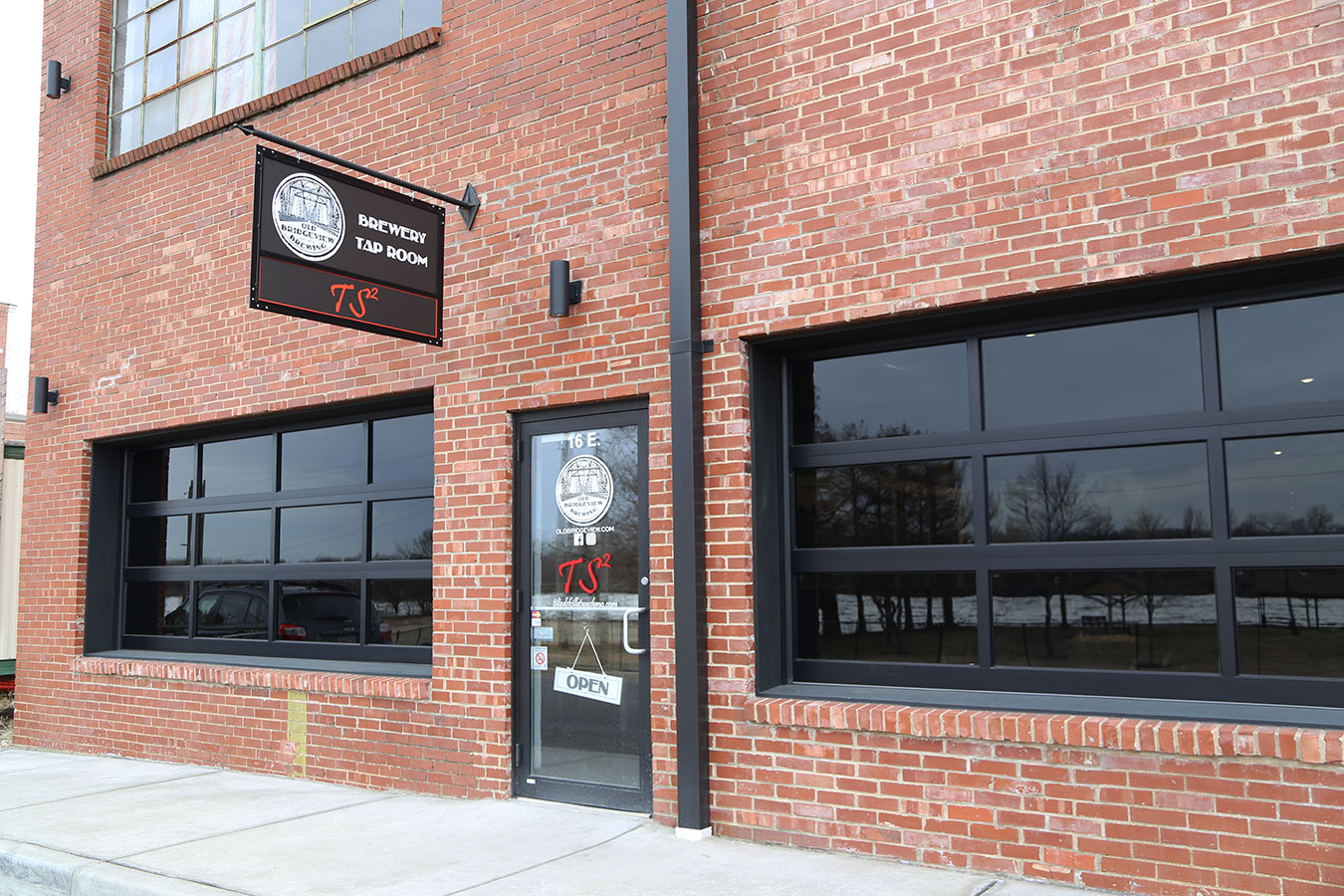 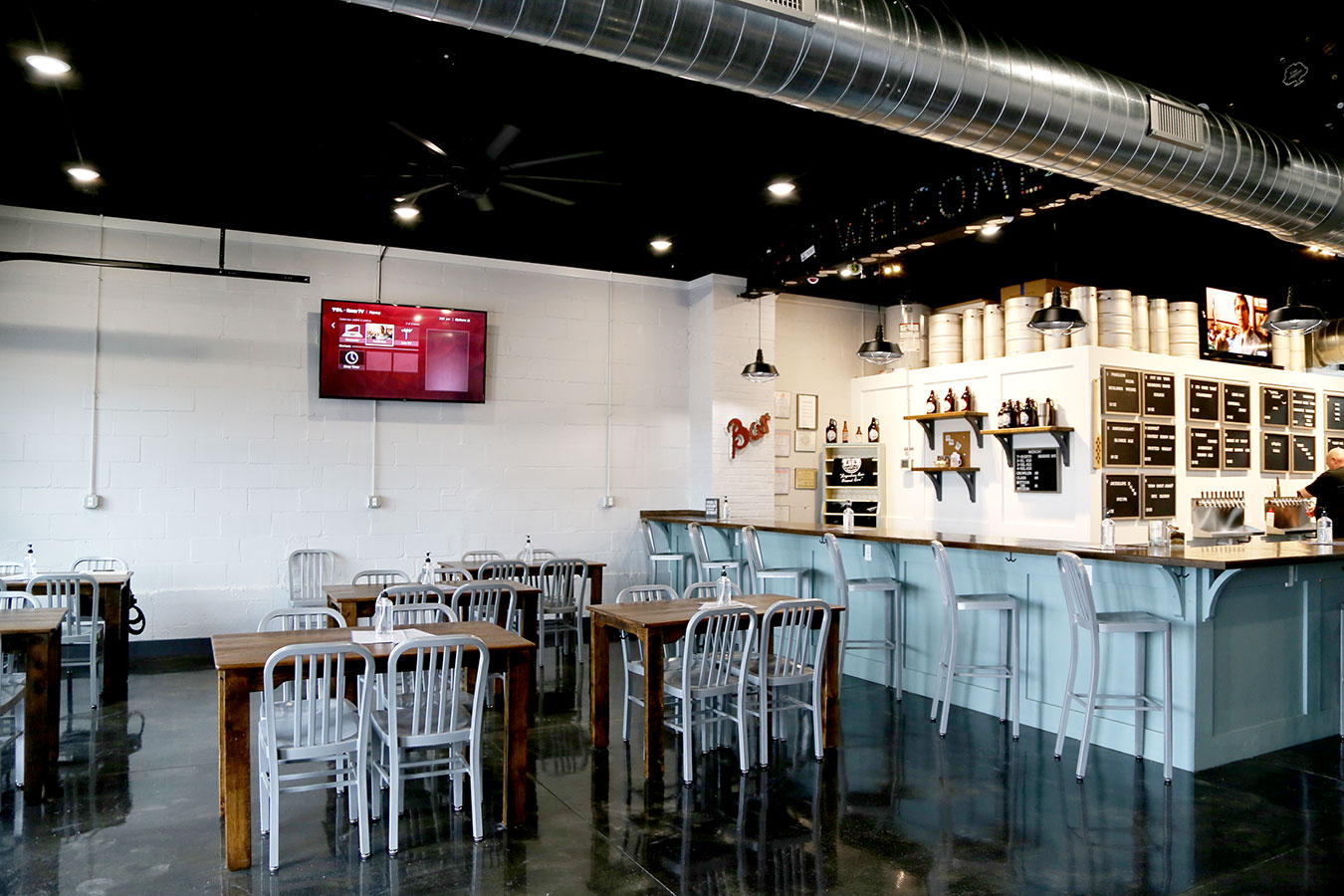 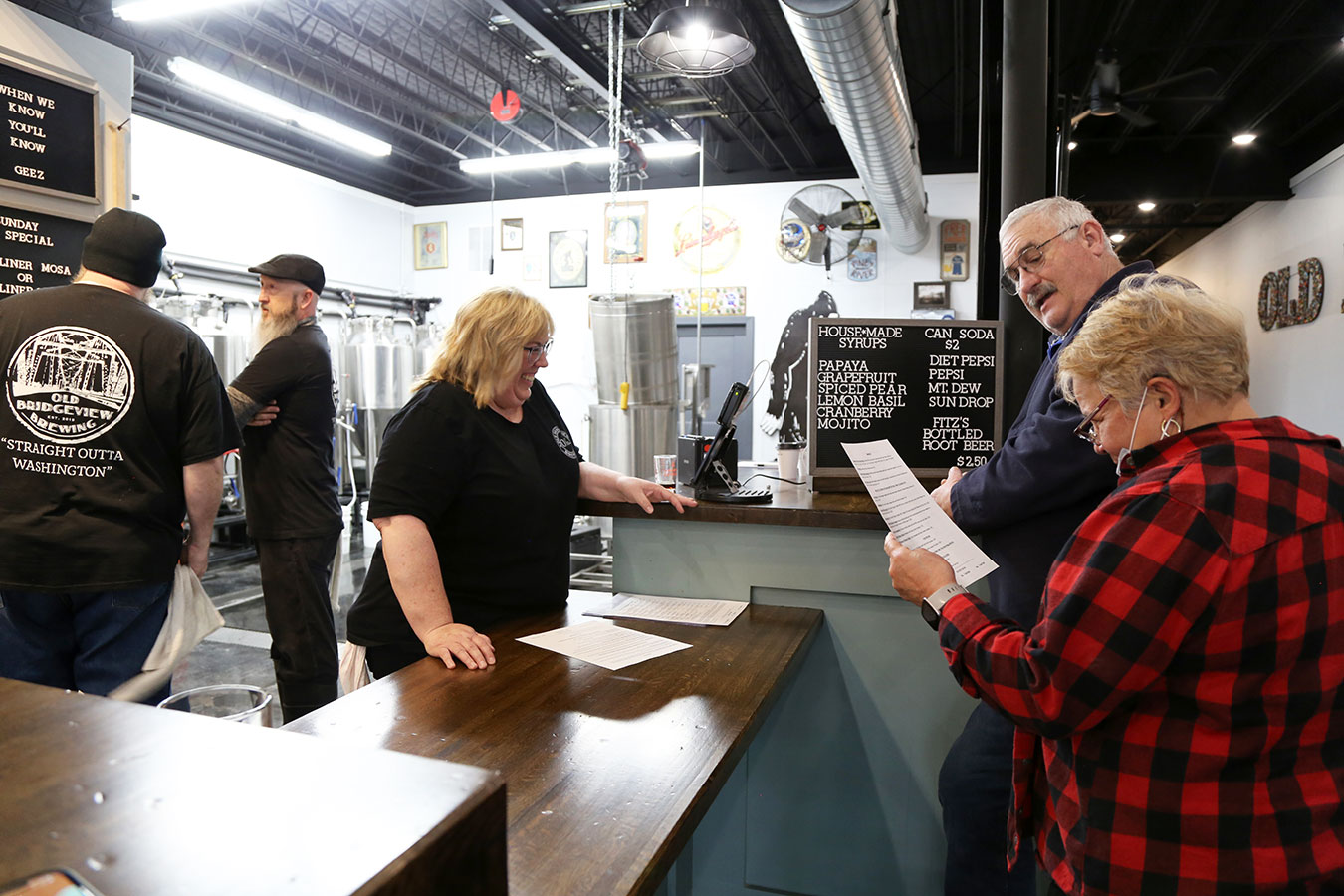 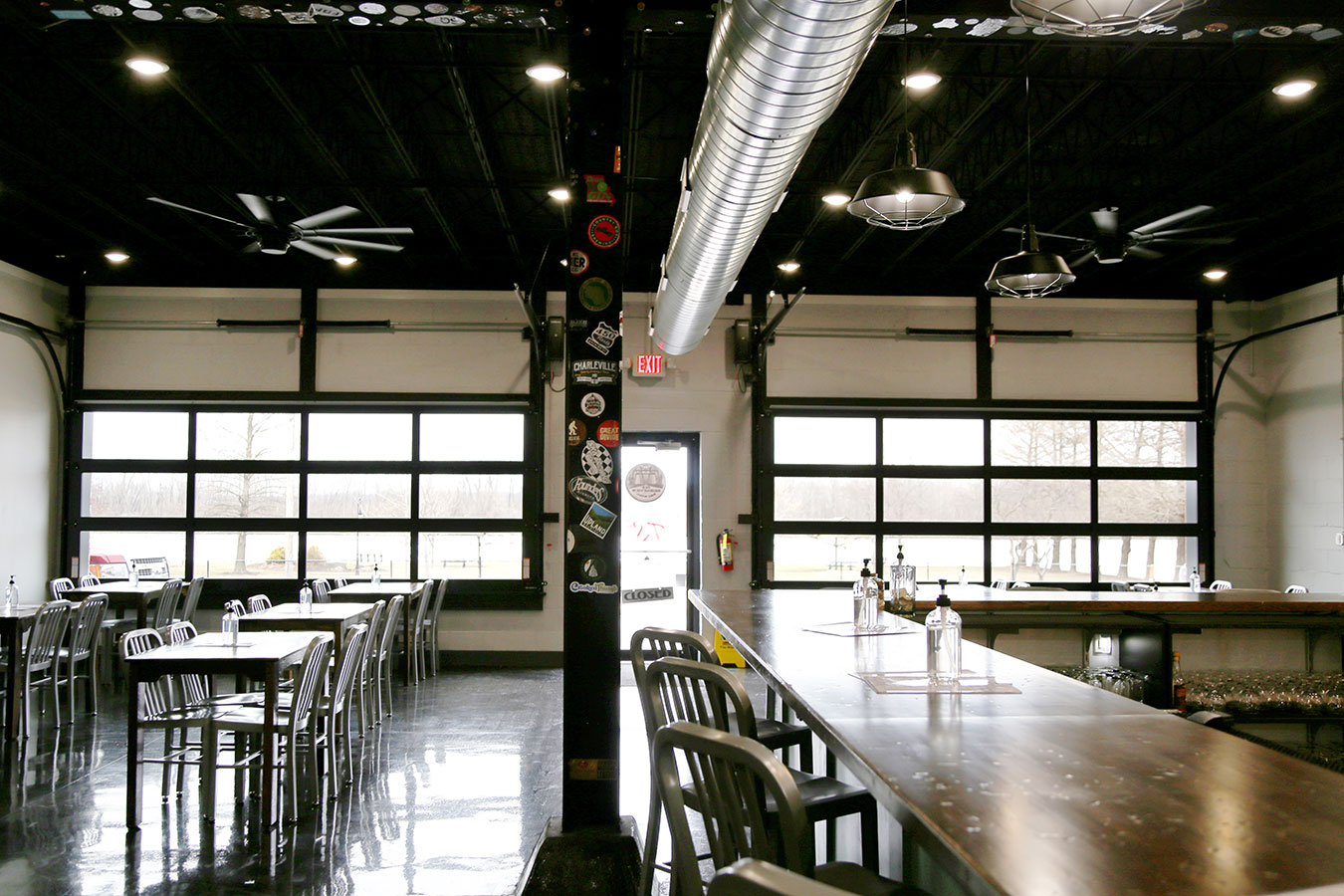 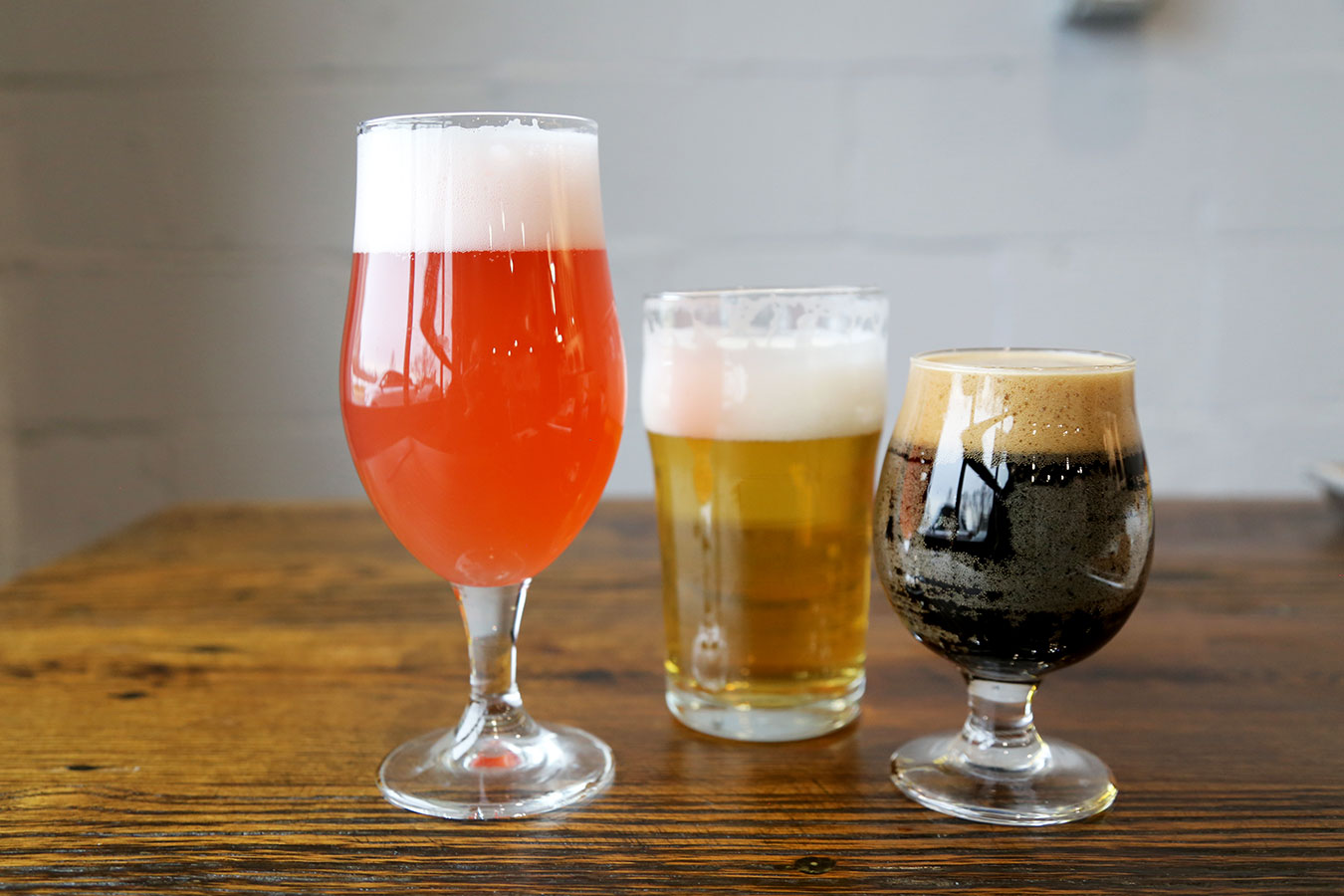 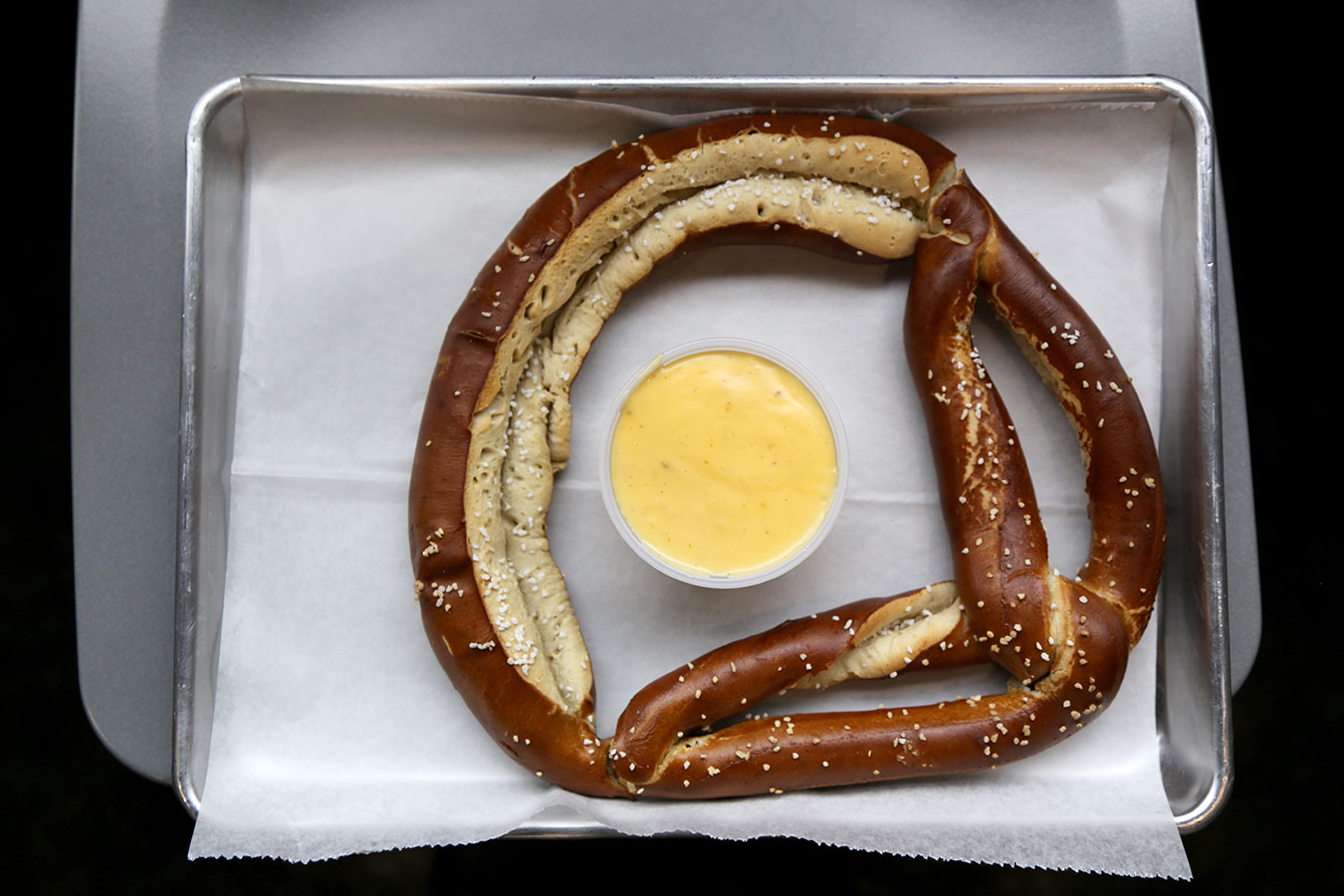 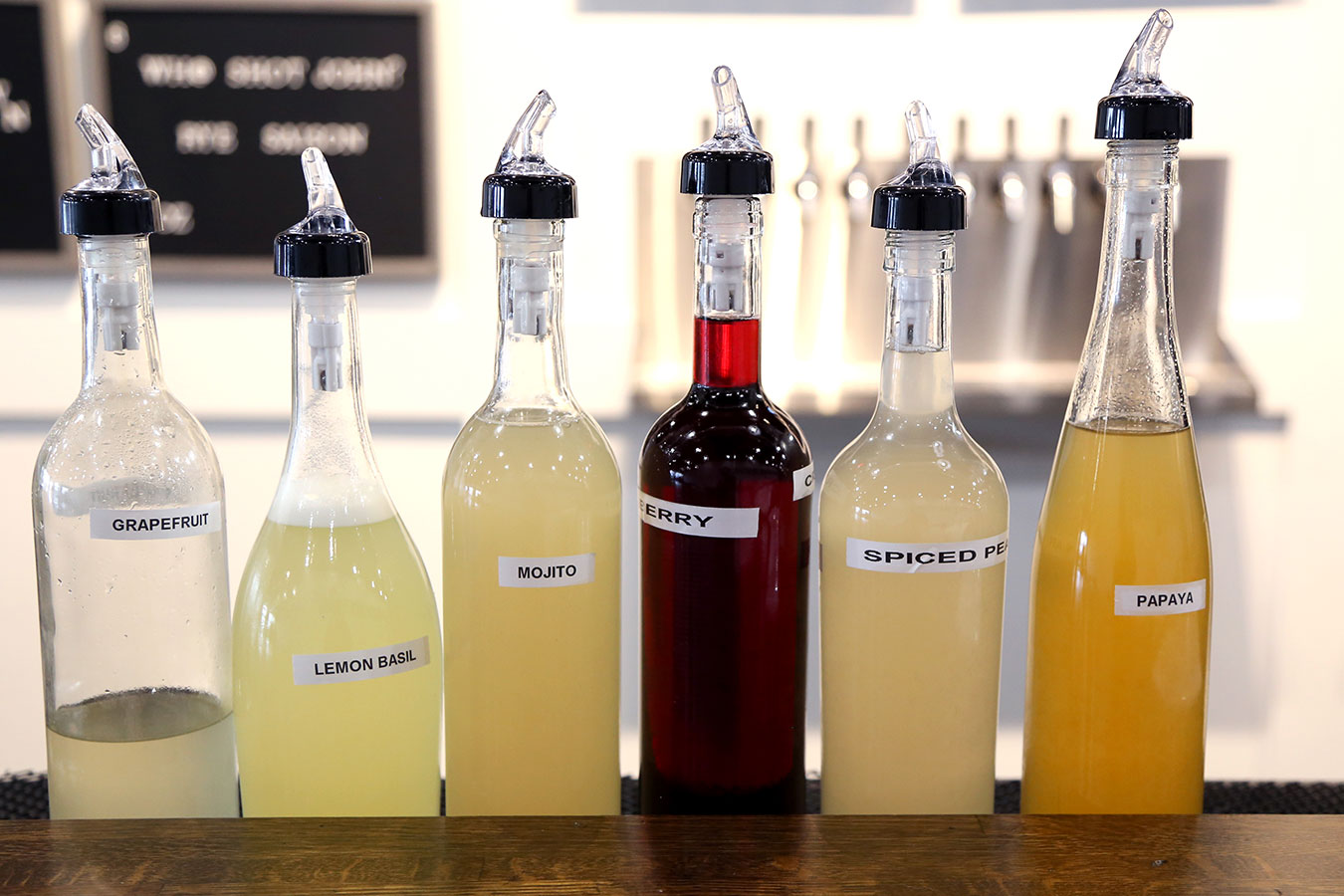 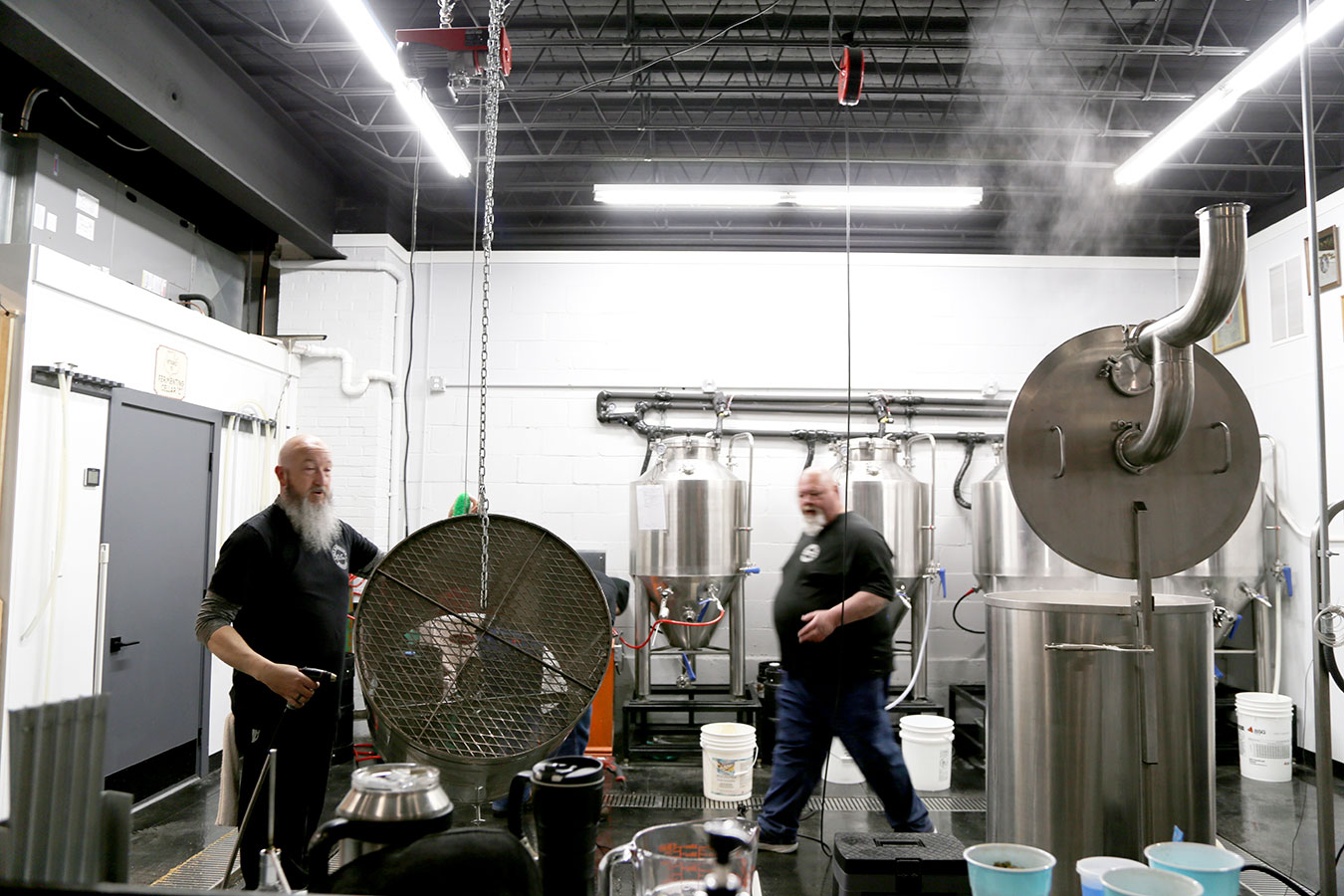 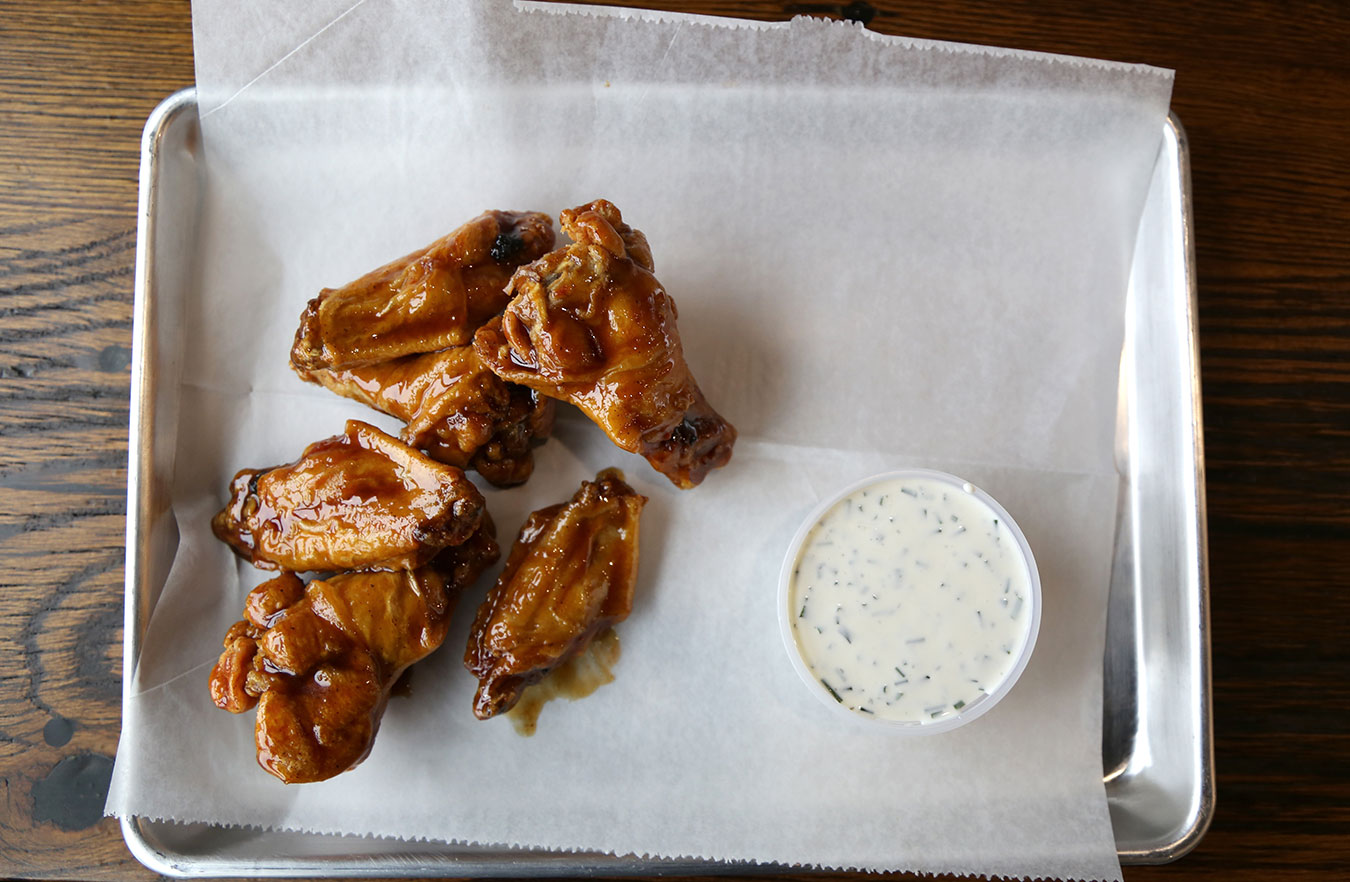 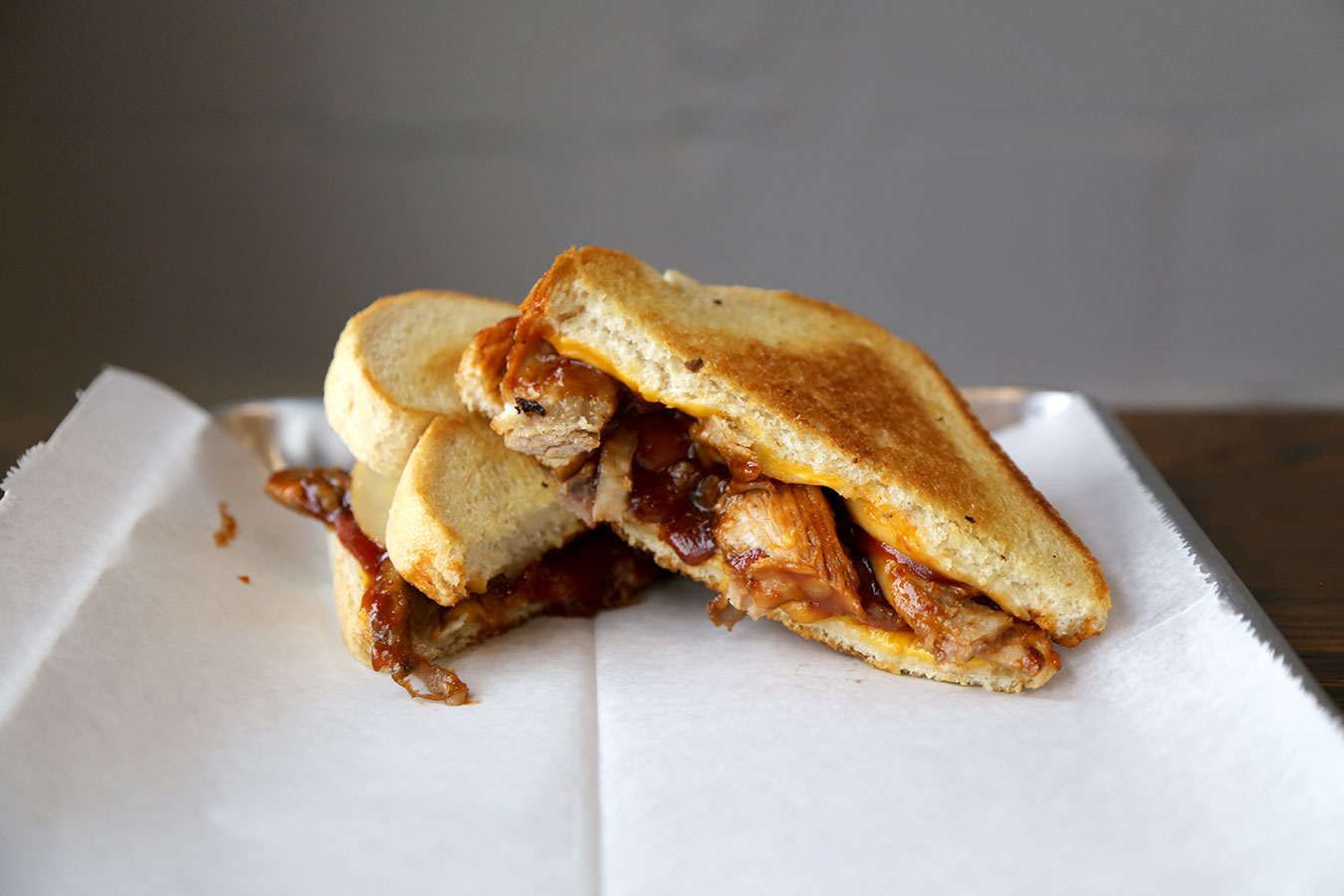 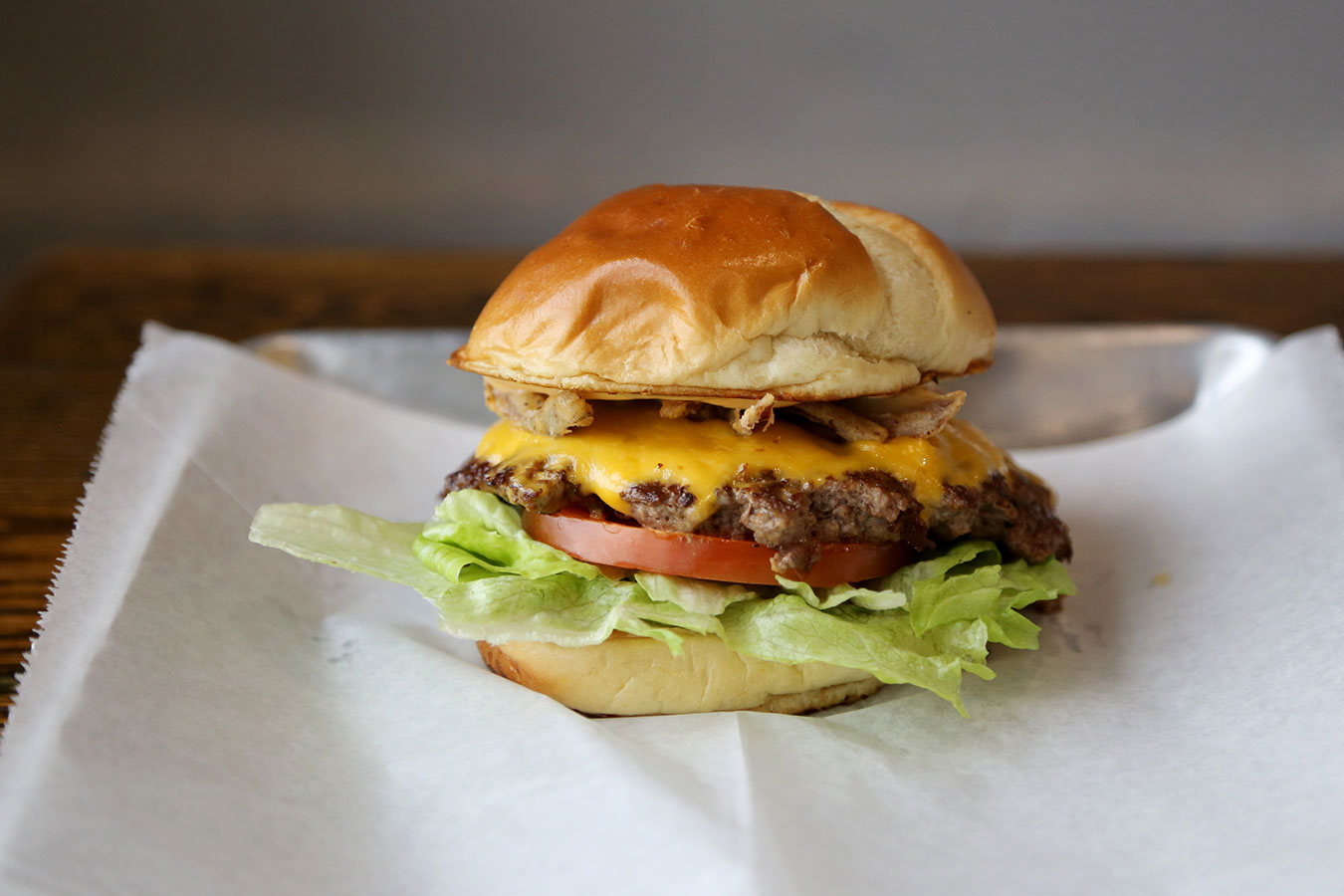 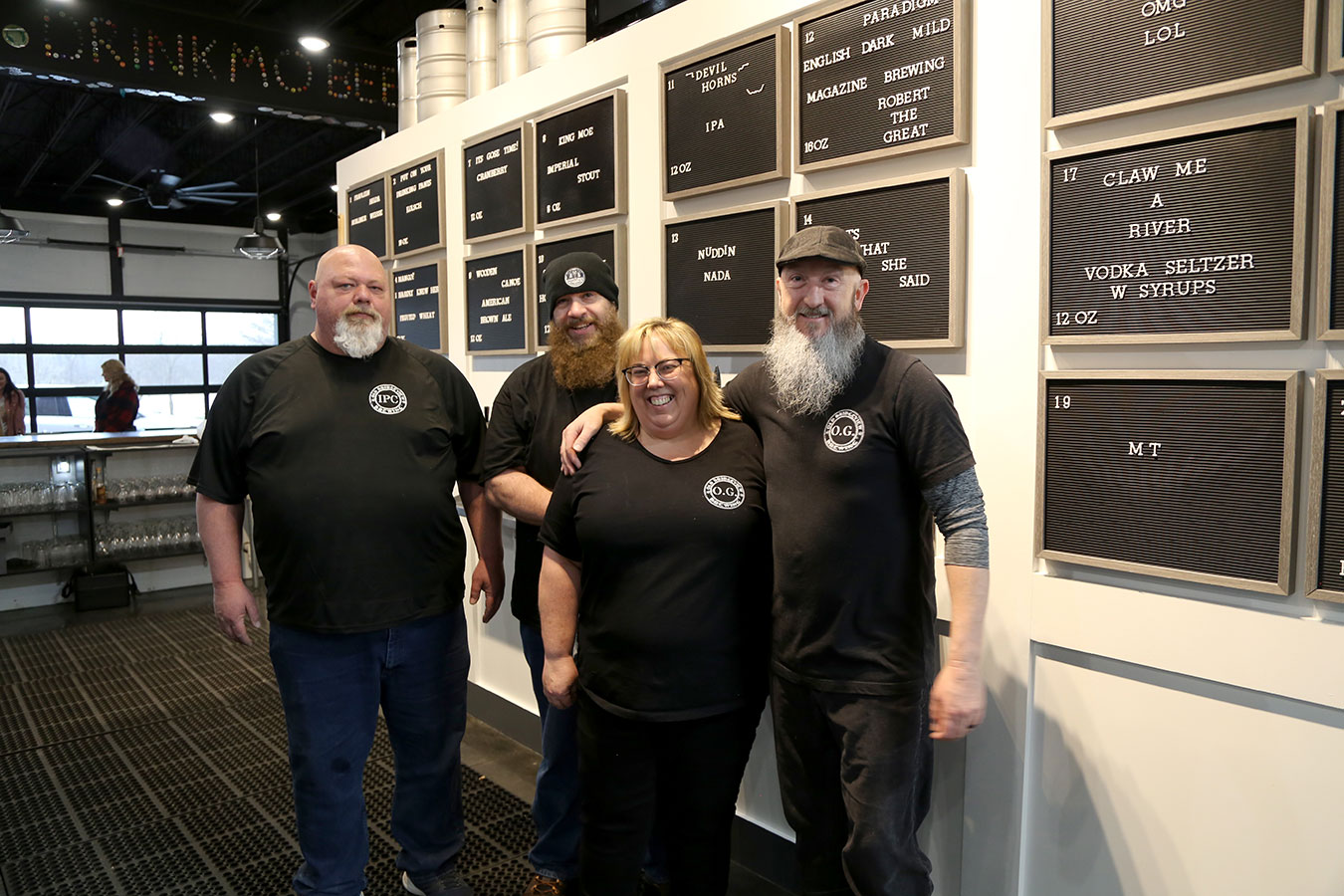