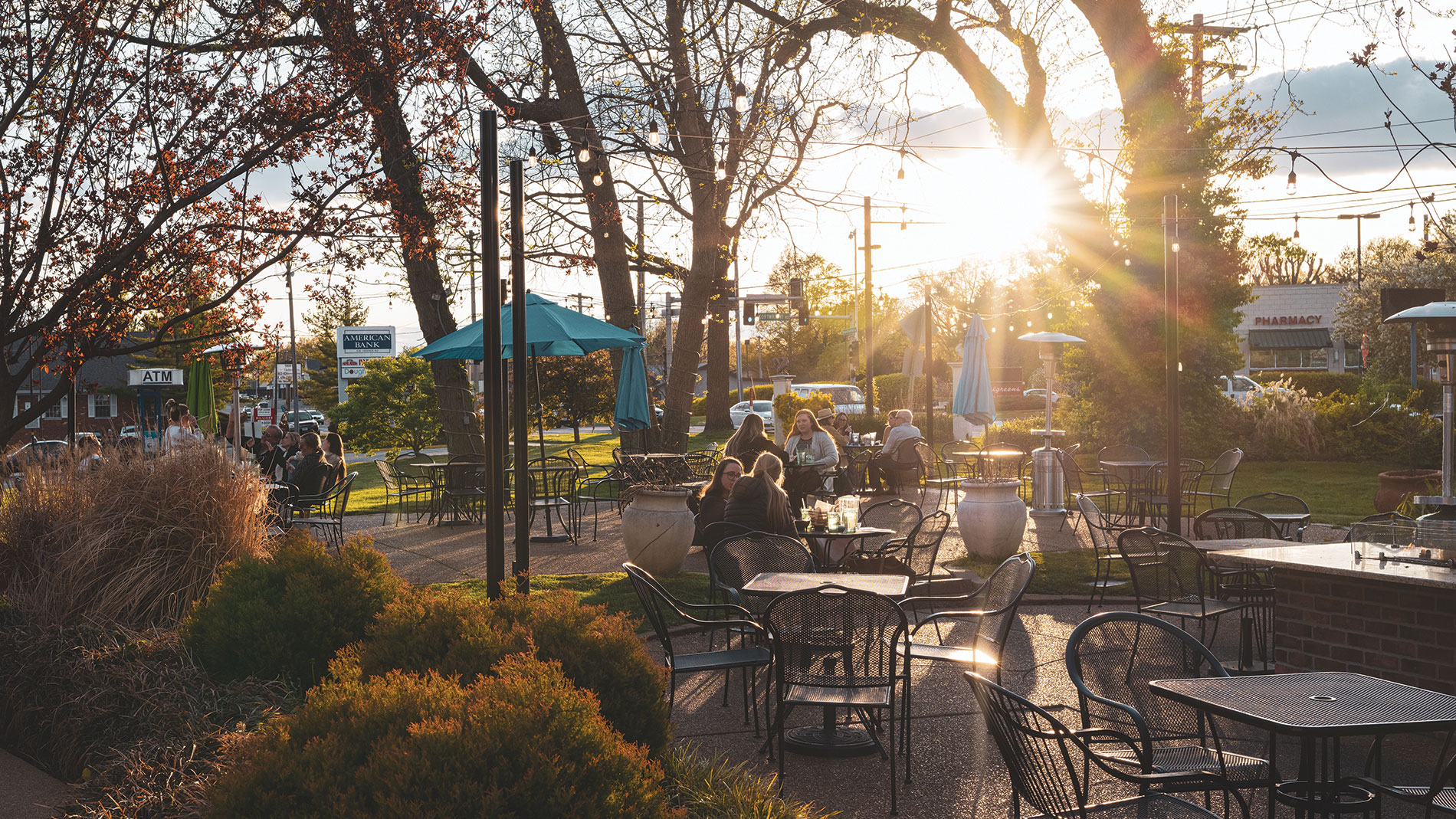 the patio at hacienda mexican restaurant photo by david kovaluk

At his first restaurant, BB’s, a small diner off of Woodson Road in Overland, Norberto “Bob” Rodriguez served traditional American breakfast food. In 1968, after slowly introducing Mexican dishes to his menu over time – like tamales, burritos, tostadas and chicken mole – he realized customers were loving the novel dishes and decided to open the original Hacienda Mexican Restaurant down the street. “His taco salad was a first in St. Louis,” said Norberto’s daughter and current Hacienda owner Alex Rodriguez. “St. Louis wasn’t really familiar with Mexican food then.” Almost a decade later, in 1977, Norberto moved the restaurant to its current location in Rock Hill.

Since then, not much has changed, especially the food. “With Hacienda being around so long, we’ve had so many dedicated regulars. We’re always adjusting and tweaking, but no major changes,” Rodriguez explained. She went on to point out that the menu offers a mix of old family recipes and “some things we’ve come up with along the way,” like more Americanized Mexican dishes that modern diners expect, such as chimichangas. One of Rodriguez’s favorite dishes is the steak fajita, which features a house-butchered and marinated cut of sirloin. “It’s sliced and cooked before, so all the pieces are seared,” she said; in her view, doing it that way (rather than cooking the steak whole and slicing it later) makes a huge difference in the consistency of a fajita dish.

The rest of Hacienda’s menu features the same attention to detail and extra-mile technique, including quesadillas with hand-shredded Jack and cheddar cheese, a chile relleno stuffed with cheese, lightly egg battered and fried, wet burritos with house-made enchilada sauce, and an extremely popular margarita. “Our house margarita always holds true. I can’t give you the secret recipe,” Rodriguez joked, “or I’d have to kill you.” Hacienda also offers classic beverages like palomas, an assortment of mezcals and a rotating list of Mexican beers on draft.

In Rodriguez’s view, the food is definitely a big part of Hacienda’s enduring success.  “As a consumer, you might not know exactly what makes something taste better, but things like fresh shredded cheese, fresh butchered meat, they do make a difference,” she said. On the other hand, the food isn’t the only reason people keep coming back – the service and the fact that it’s a family-owned establishment also play a big role. “We have people that came when they were kids, and now they have kids, or their kids bring their kids. We’ve had proposals and weddings here,” Rodriguez said. “It means so much to us to be part of those moments with people. Our customers aren’t just another face – we really do try to get to know everyone.”