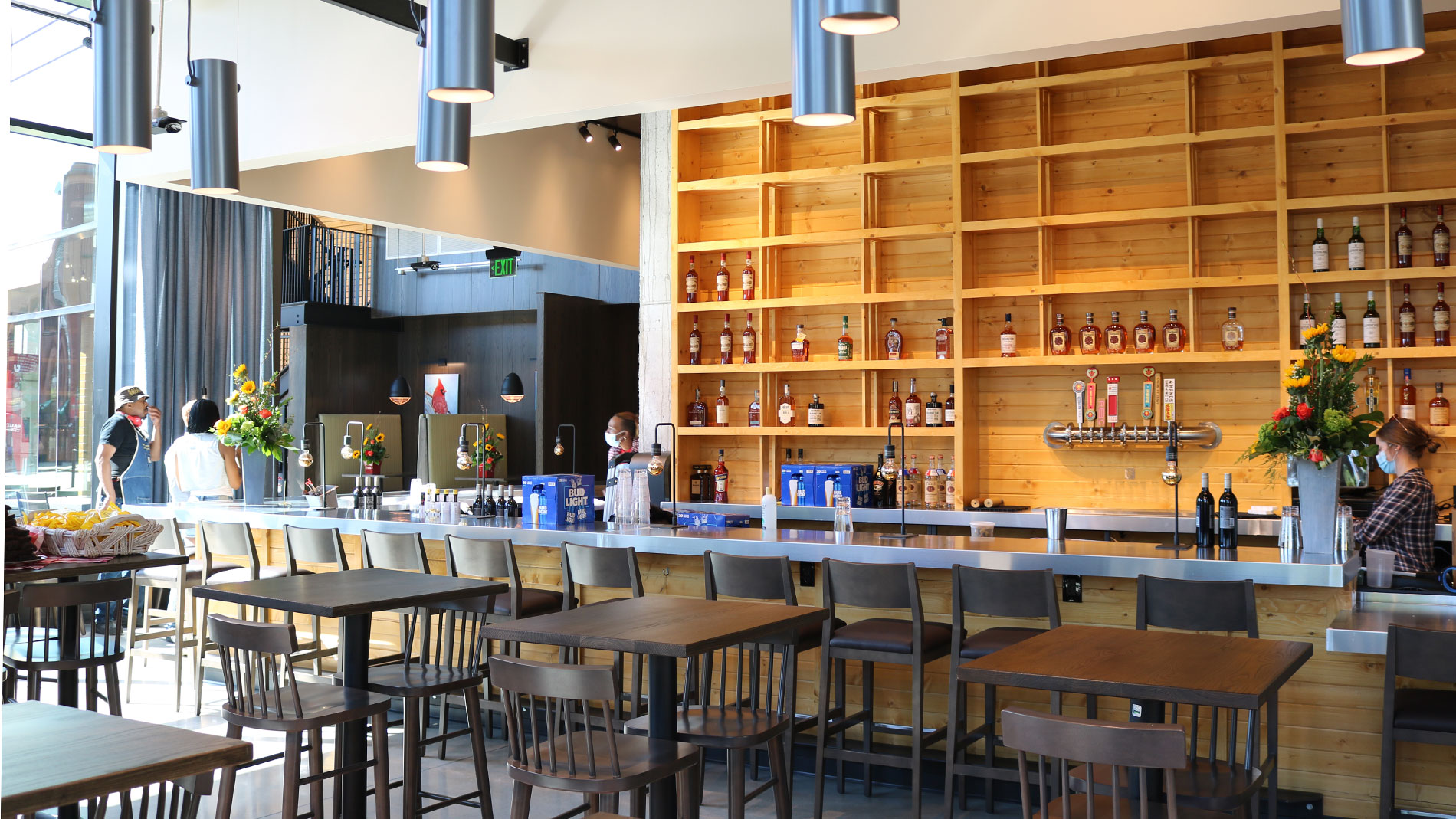 Salt + Smoke’s success in St. Louis’ barbecue scene continues as the local chain has opened its fifth location – a dazzling new two-story space today, Monday, May 17, at One Cardinal Way at the corner of Clark Avenue and Broadway. The 29-story building also features luxury apartments and is located across the street from Busch Stadium.

Owner Tom Schmidt said his team first saw the space in 2019 and started developing it shortly after. “My jaw hit the floor,” he said of when he first learned about the opportunity to bring his restaurant to Ballpark Village. Now, the 8,000-square-foot space (5,500 on the first floor, 2,500 on the second) is open to diners looking to enjoy the ballpark festivities or just have some barbecue while viewing St. Louis’ downtown skyline. The second floor observation deck and private event space, which overlooks the stadium, has space for up to 200 people, while the main dining room on the first floor can accommodate 160.

Fans of Salt + Smoke’s food can expect more of what they love, as the new location will offer the same food as the other spots, from burnt end toasted ravioli and trashed wings to barbecue like pulled pork, brisket, pulled chicken and more; sides include dishes like white cheddar cracker mac, barbecue sweet potato chips, coleslaw and brisket chili.

One new addition to the bar program will be Schmidt’s Light, a beer made in partnership with Urban Chestnut Brewing Co. According to Schmidt, the low-carb lager has 2.4 carbs and will be offered at all five Salt+Smoke locations, as well as both Urban Chestnut spots. “We’re thrilled about it,” he said.

Check out the slideshow below for more information on hours, safety and the menu. 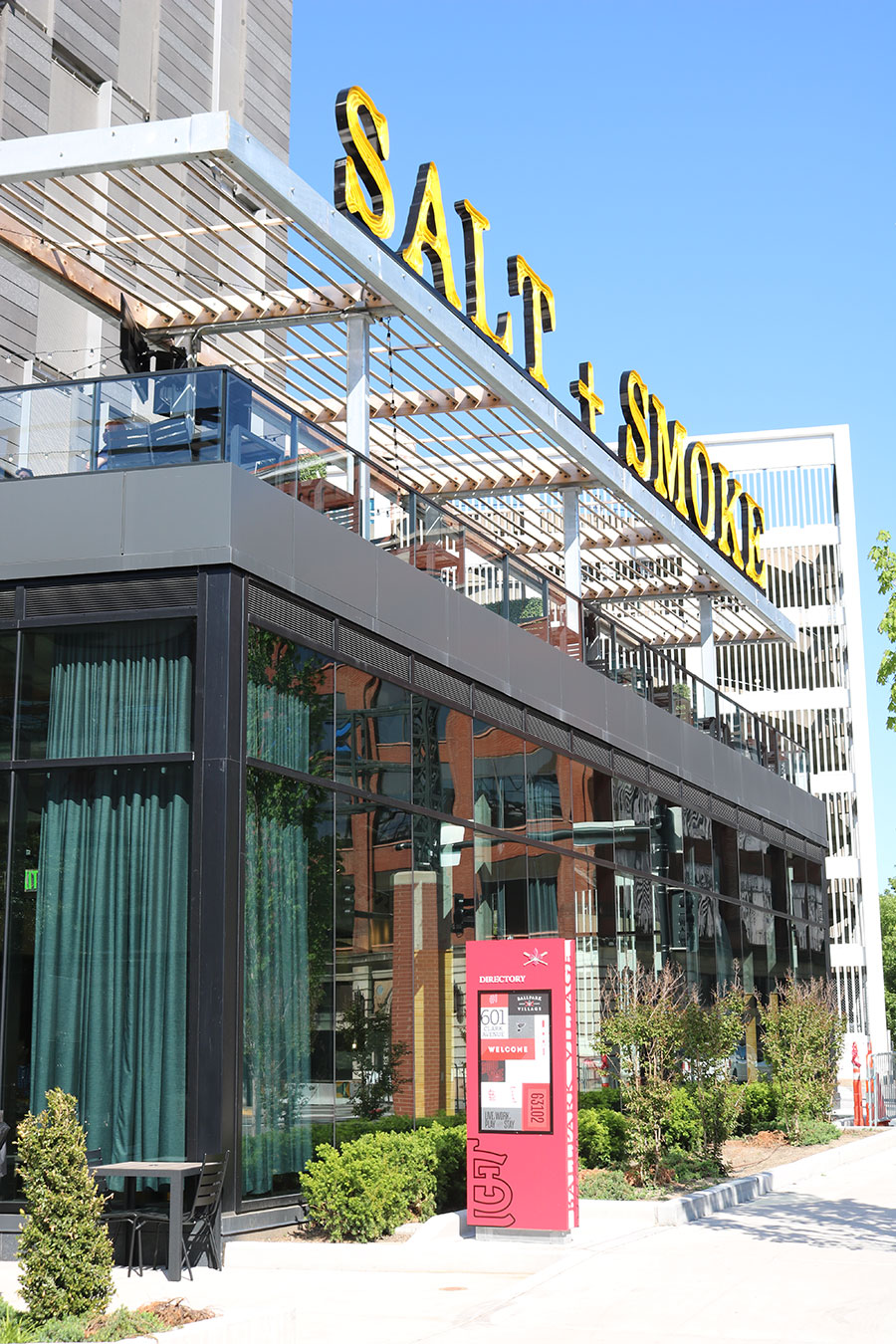 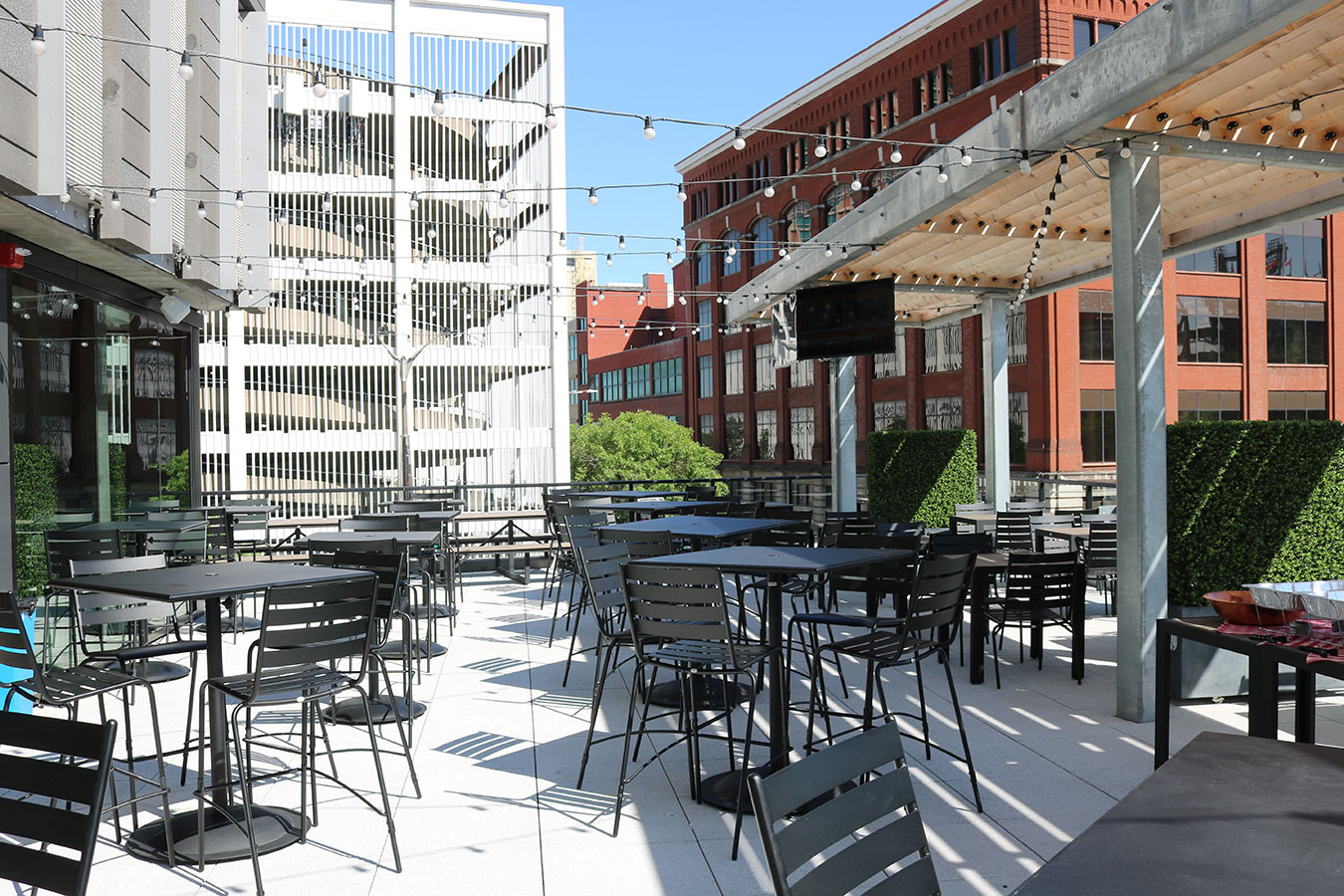 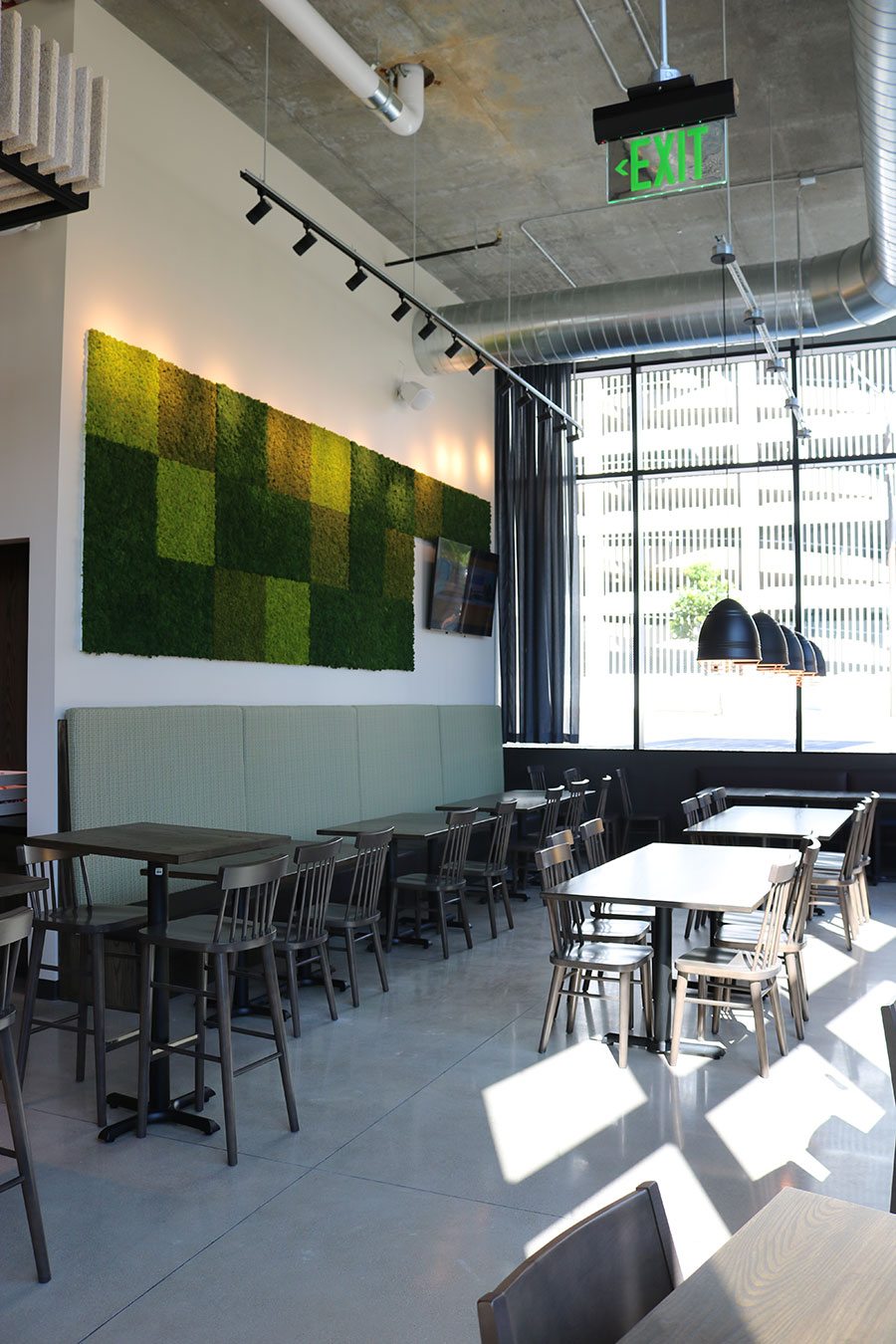 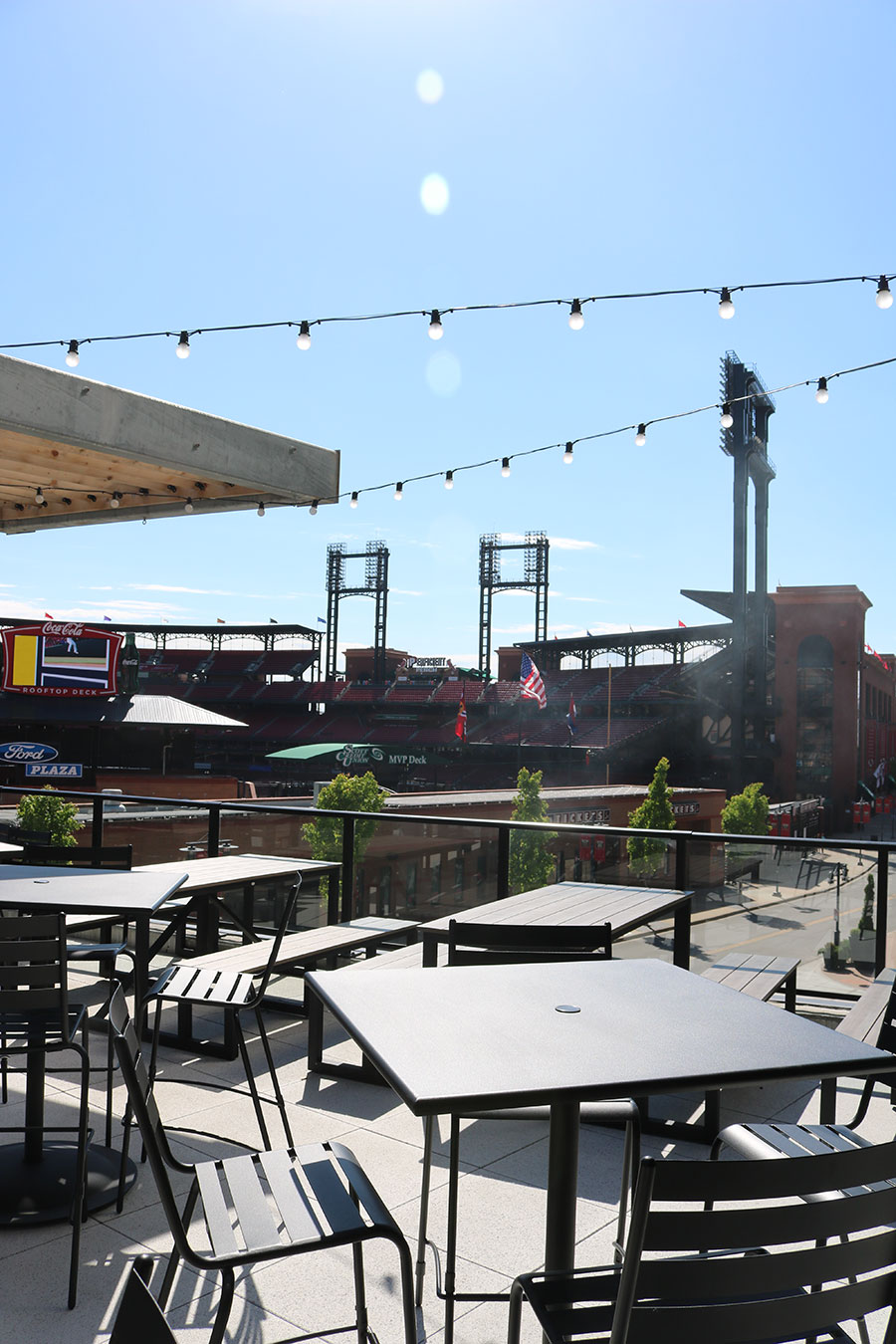 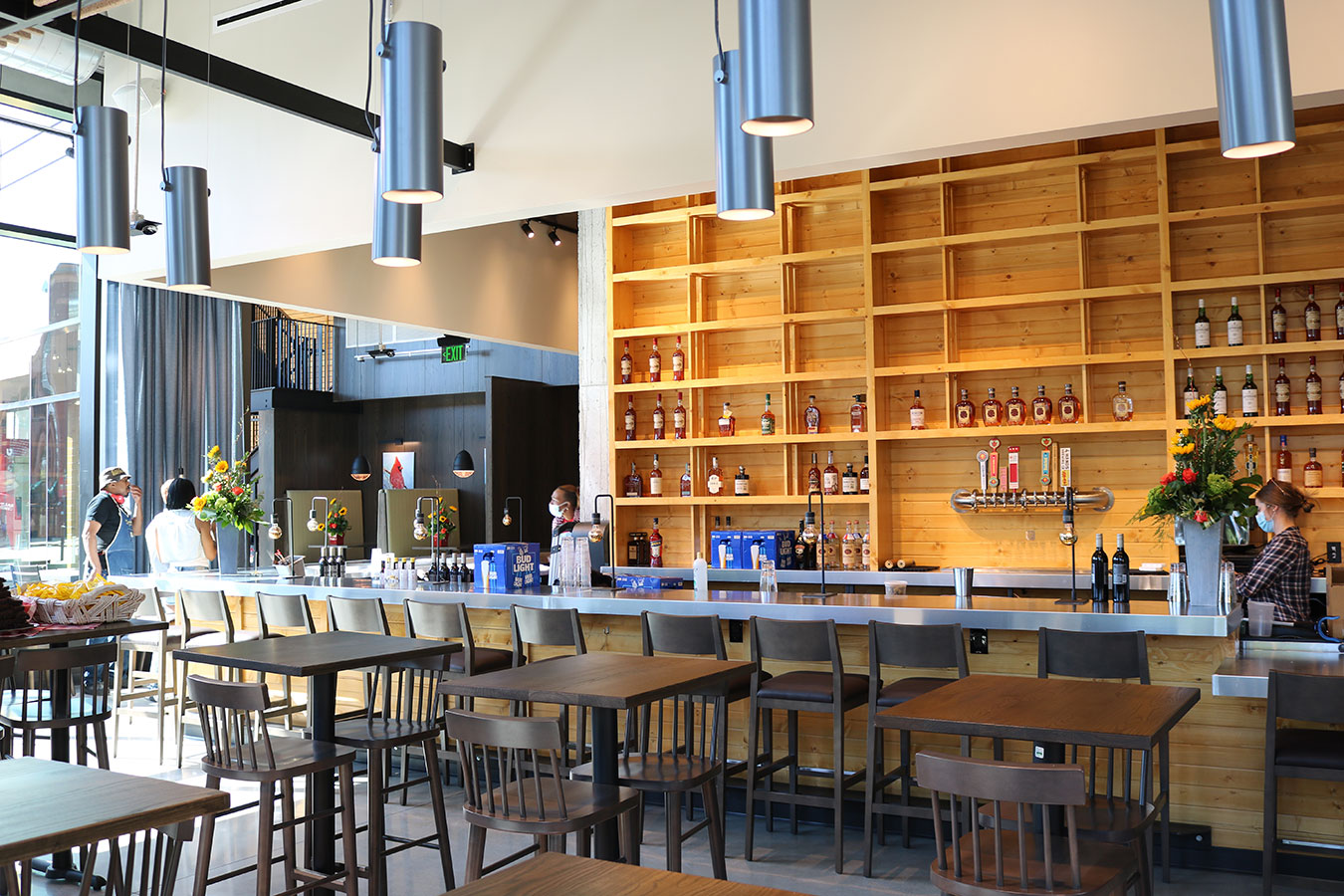 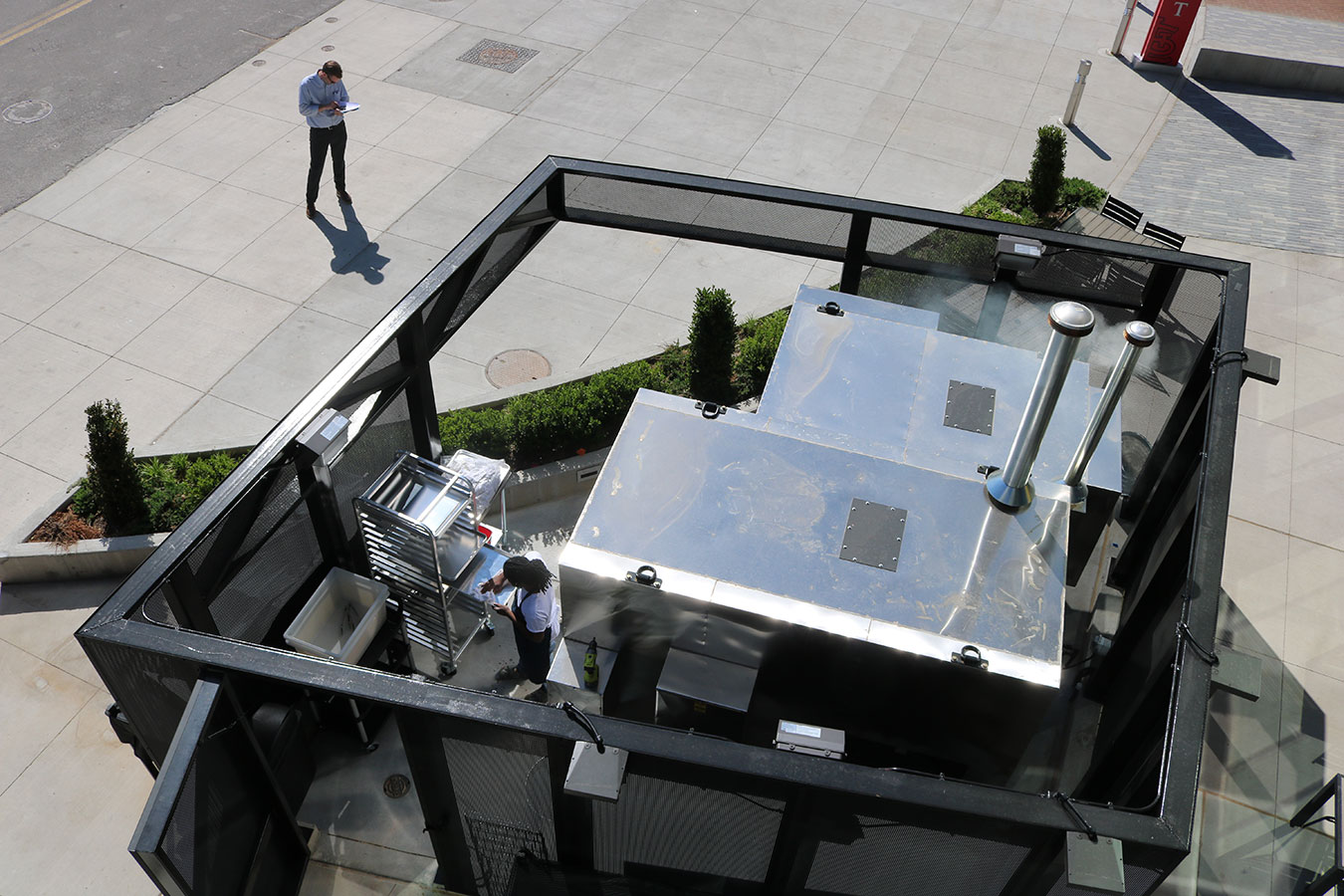 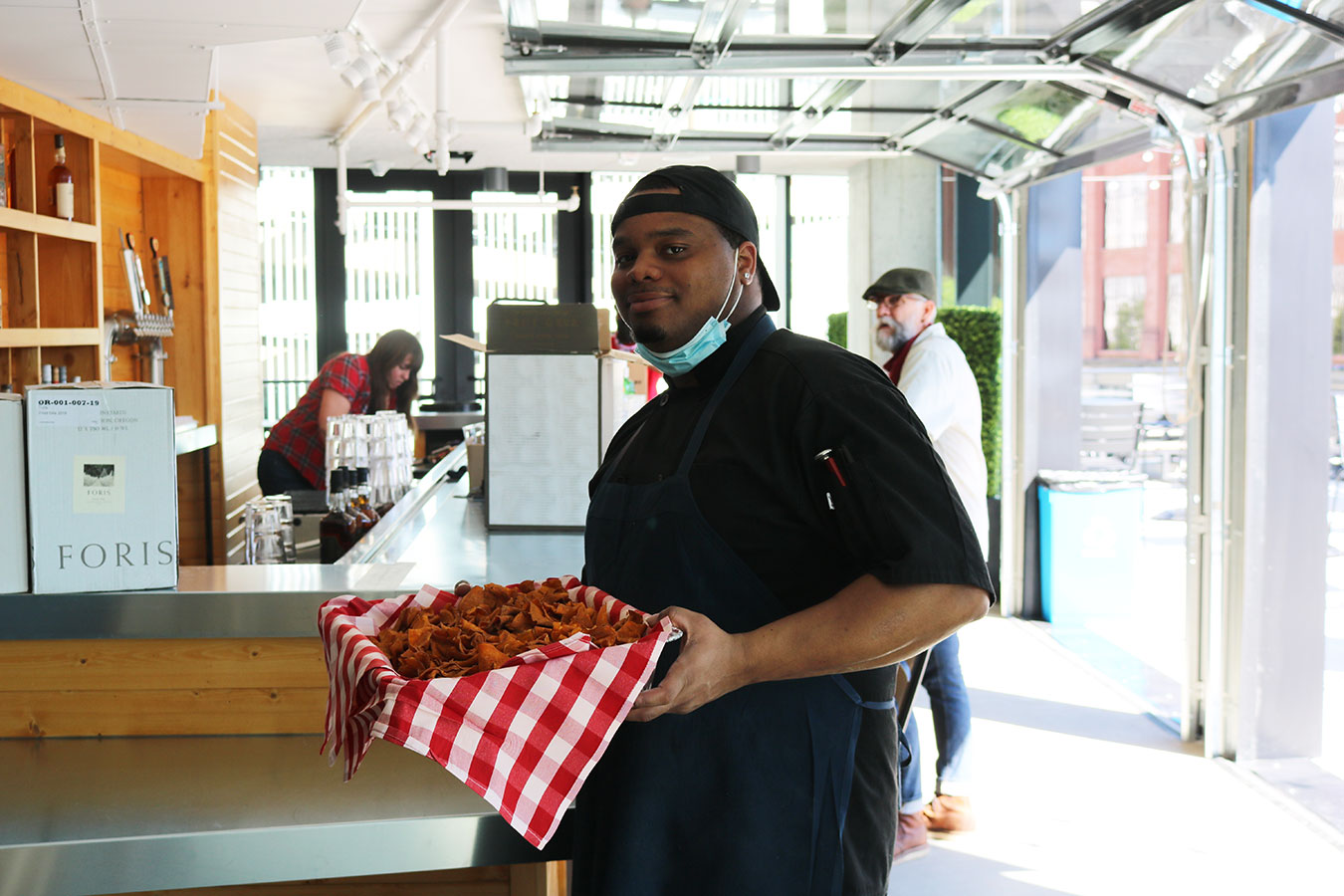 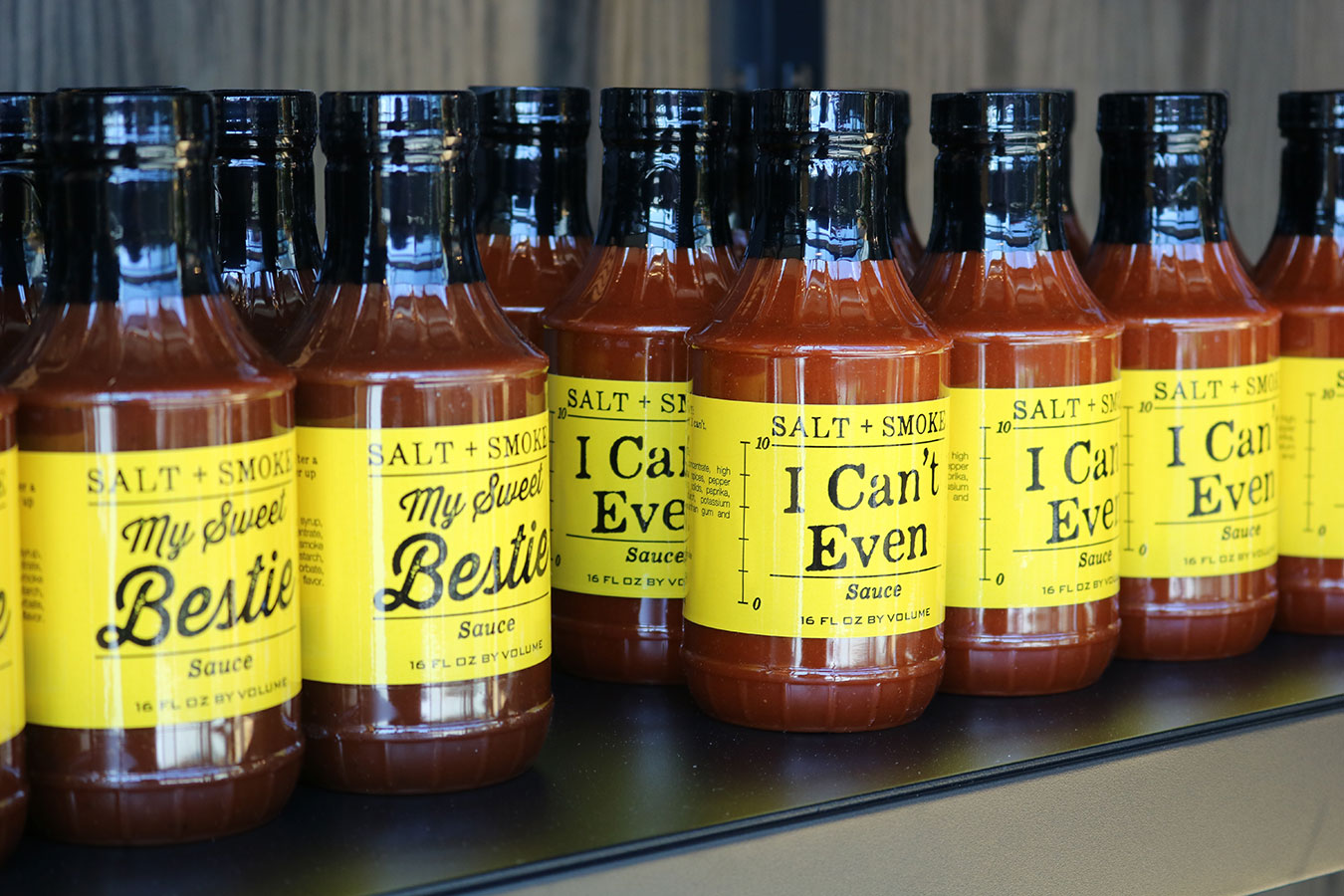 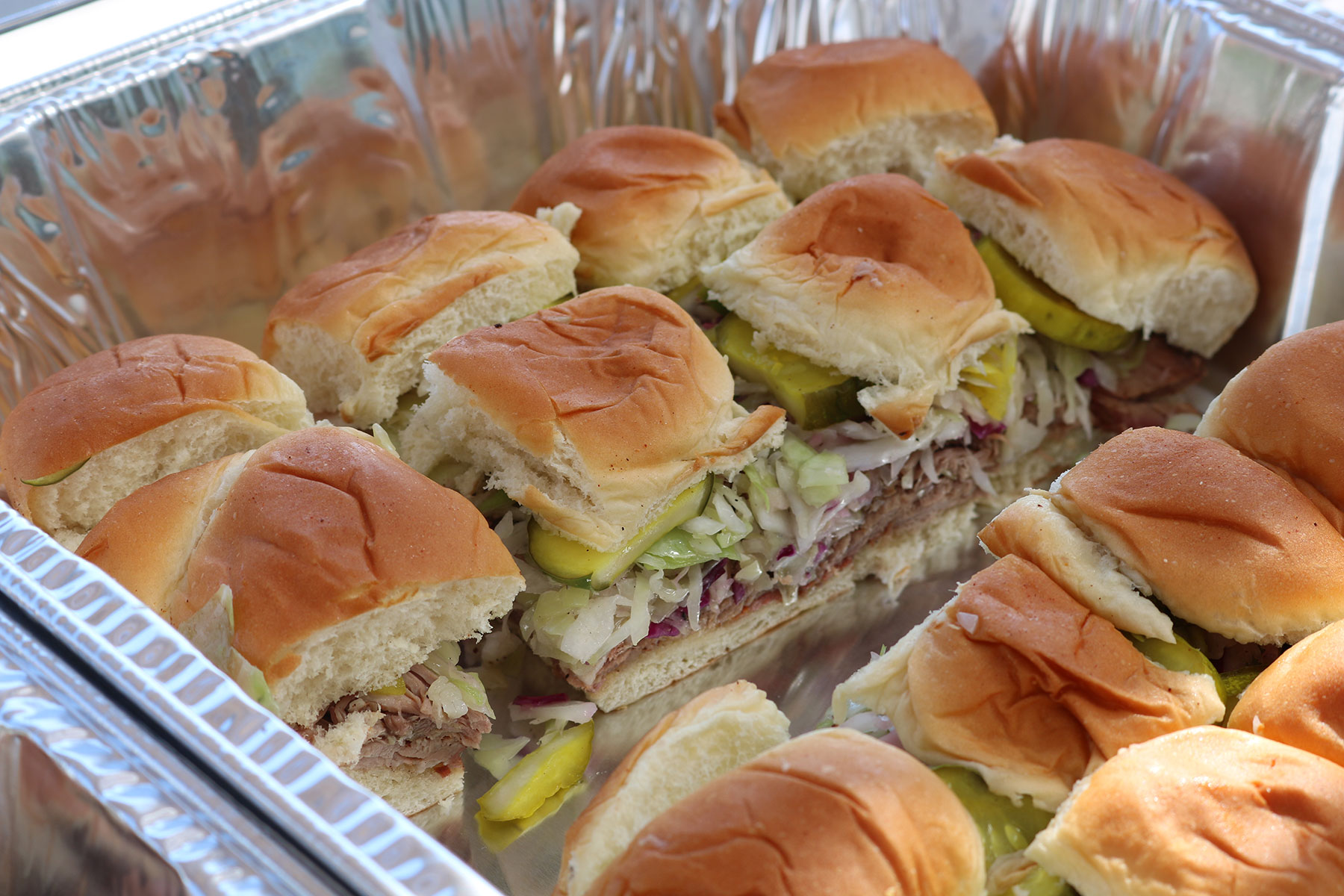