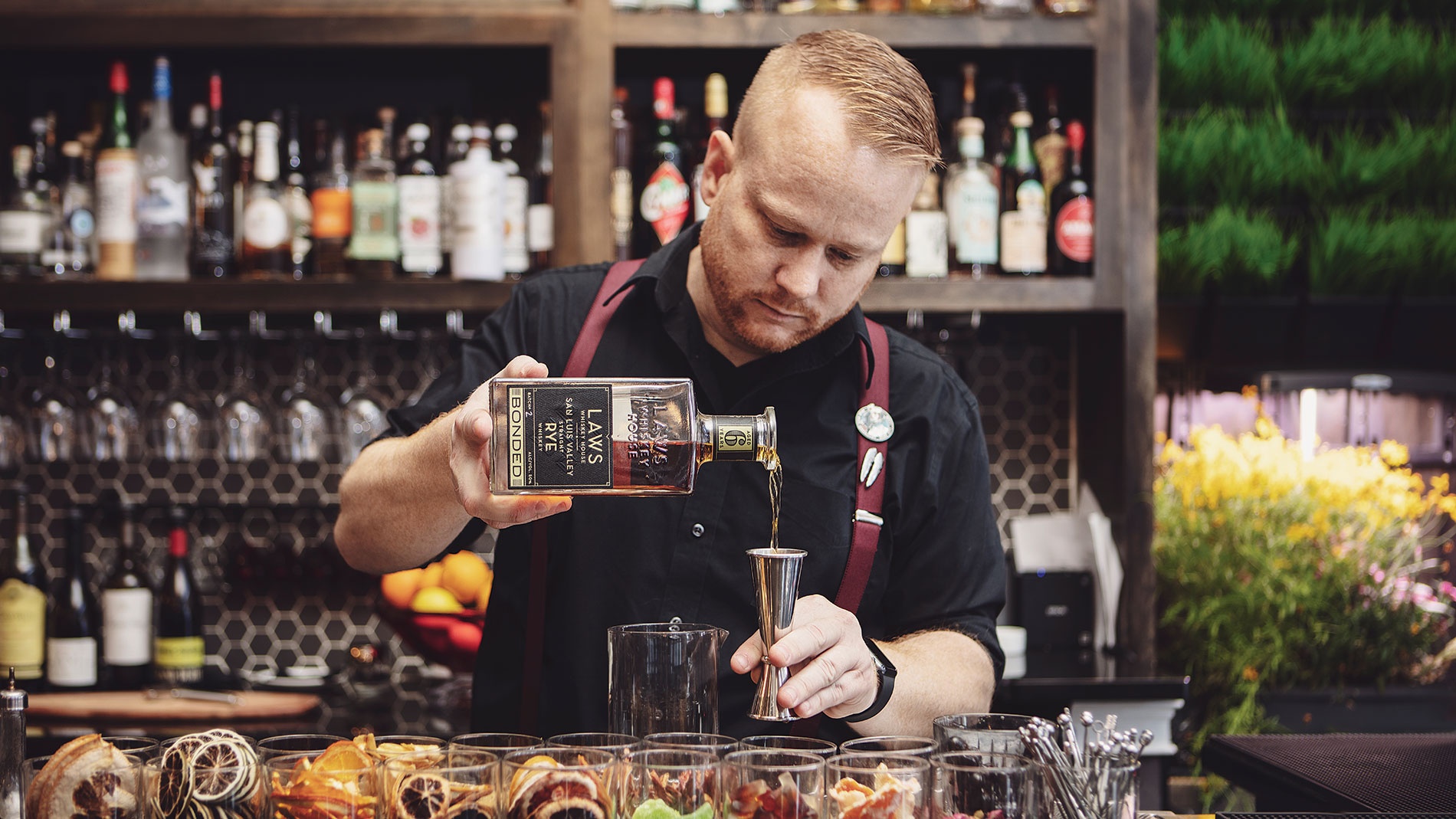 Readers’ Choice Bartender of the Year Jacob Smith has been behind the bar at a unique array of spots, including The Curtain Call Lounge at The Fabulous Fox Theatre, Gamlin Whiskey House and Angad Arts Hotel, where working under Meredith Barry, he explored craft cocktails more deeply. Last September, he signed on at Blood & Sand, where his work has garnered him Sauce Readers’ Choice Bartender of the Year honors.

Whether he’s imbibing or working on a new creation, Smith most often looks to the venerable Old-Fashioned for refreshment and inspiration. According to Smith, “It’s just a great template for creating a cocktail, a great place to start with lots of room for creativity.” Smith prefers his Old-Fashioneds with a rye whiskey base, especially the bonded six-year rye from A.D. Laws, a boutique distillery in the Denver area that produces whiskeys made with grains cultivated in Colorado. He and his Blood & Sand cohorts like the spirit so much that the restaurant will be getting its own barrel, finished in Sauterne casks, this summer.

One of Smith’s favorite Old-Fashioned riffs is an off-the-menu tipple at Blood & Sand called Death of a Bachelor, created by his former co-worker, Dane Davis.


Death of a Bachelor
Courtesy of Blood & Sand’s Jacob Smith


Stir all ingredients with ice. Strain over a large ice cube in a rocks glass. Garnish with a burnt orange peel.