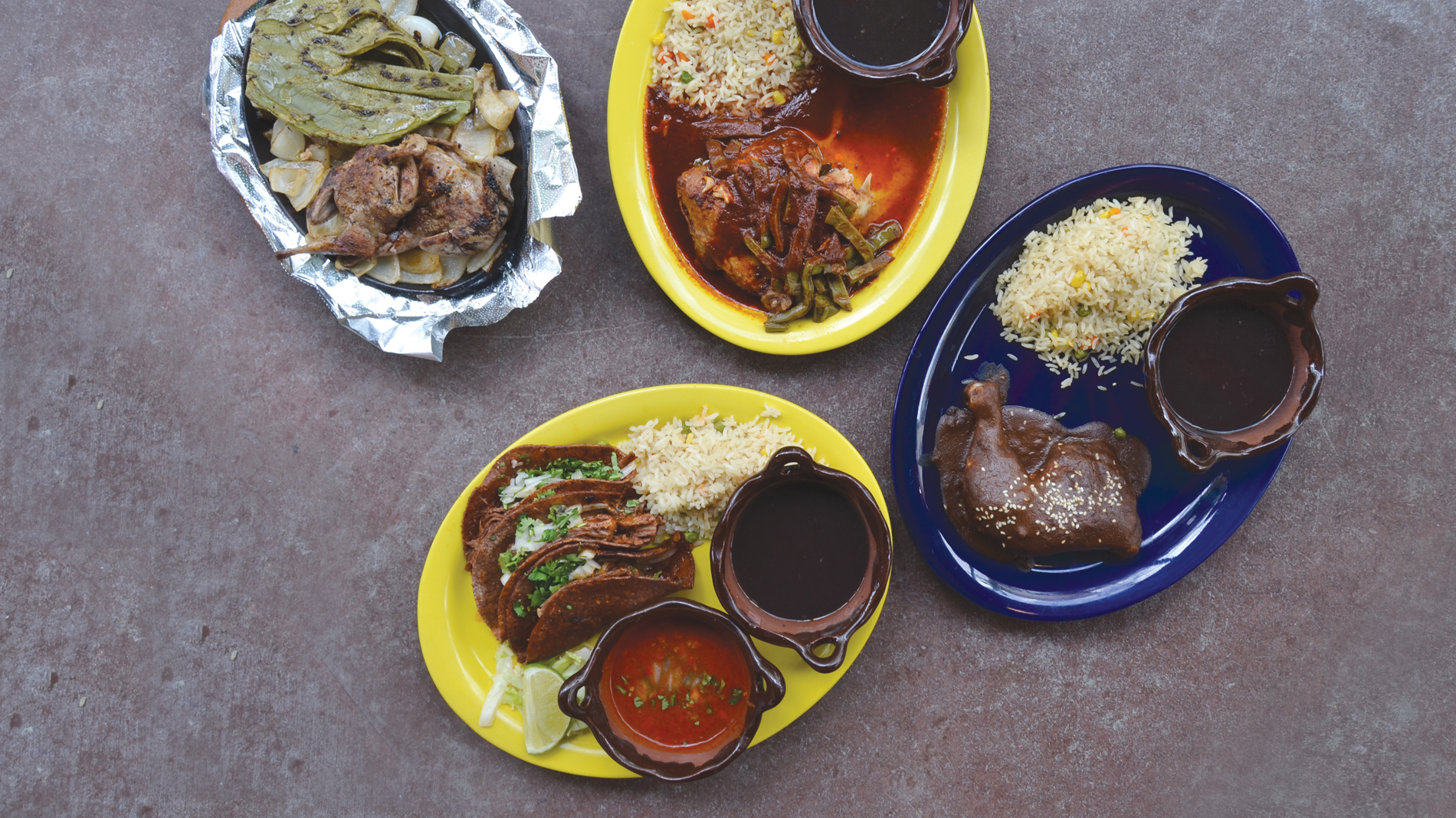 A new restaurant and bar specializing in the agave spirit mezcal is now open. Mezcaleria Las Chupacabras debuted in late June at 25 The Boulevard in Richmond Heights in the former home of P.F. Chang’s. The interior has been completely revamped with bold murals and colorful seating inside, and the large patio space includes a covered area with fans and an outdoor bar.

“Me and my brothers wanted to open a mezcaleria with food from Oaxaca,” said owner and bar manager Victor Mendieta. “We’ve been working on this for four to five years.”

On the cocktails side, look for frozen margaritas made with either mezcal or tequila. Diners can add in their choice of flavor from a huge variety of add-ins, including tamarind, pineapple, coconut and soursop. They also offer a traditional lime margarita, as well as a selection of premium margaritas, including one standout called the Rose Diva Margarita made with tequila, fresh citrus, orange liqueur and rose petals.

The mezcaleria’s signature cocktail is called Agua de Calzon and includes sotol (an agave spirit), grapefruit juice, lime juice and tamarind served in a jicara, a small bowl made from a hollowed-out gourd. Other mezcal cocktails on the menu include the El Toluache made with mezcal and blood orange and served in a molcajete stone or the Raspado con Pikete, which is a snowcone spiked with mezcal and topped with tajin, a seasoning with a variety of dried peppers, lime and salt. The mezcal list will continually grow, and Mendieta hopes to have the biggest mezcal selection in the state within two years.

The food menu offers a range of dishes from familiar quesadillas, nachos and fajitas to ceviche and enchiladas. There's also a brunch on Sundays with dishes like a breakfast quesadilla and chilaquiles.

“Every Mexican restaurant has tacos, burritos … we got those plates, of course, because people want those plates, but we have an area on our food menu called La Especialidad de la Casa [The Specialties of the House]: it’s [eight] plates that we make from scratch that come from central Mexico,” Mendieta explained. These plates originate from generations-old family recipes and highlight popular dishes like mixiote, a dish that originates from the basin of central Mexico; cubed chicken is combined with an adobada marinade made with guajillo chiles, tucked inside cactus leaves and cooked.

Chef Jose Garcia said he is particularly proud of the specials as they require extra time to make. Both the mole poblano and the meat for tacos de birria take eight hours, and the tamales fritos with pork are also a process: “They take time; we’re making the dough, wrapping it, steaming it, after that, frying it – it’s a lot,” Garcia explained.

The tlayuda is a traditional Oaxacan dish featuring a giant blue corn tortilla topped with black beans, queso Oaxaca, radish, cabbage, avocado and tomato topped with a choice of meat. “We make fresh tortillas – we do blue corn tortillas here,” Mendieta said. “In Oaxacan gastronomy, there are a lot of different colors of tortillas. I like blue personally because my mom used to make blue tortillas for my family; they have a different flavor than the white.”

The most popular dish on the Specialties of the House section, however, is the tacos de birria. “Tacos de birria – it’s traditional in Jalisco. Every day, we sell out,” Mendieta said. 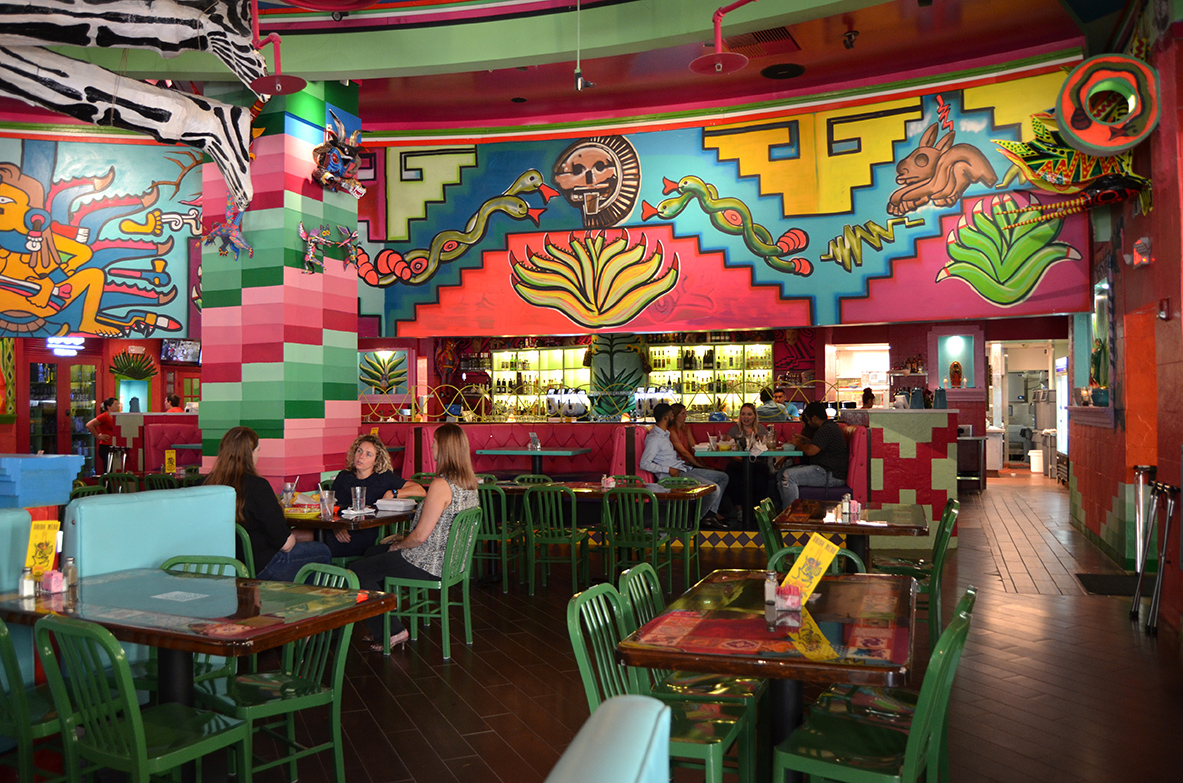 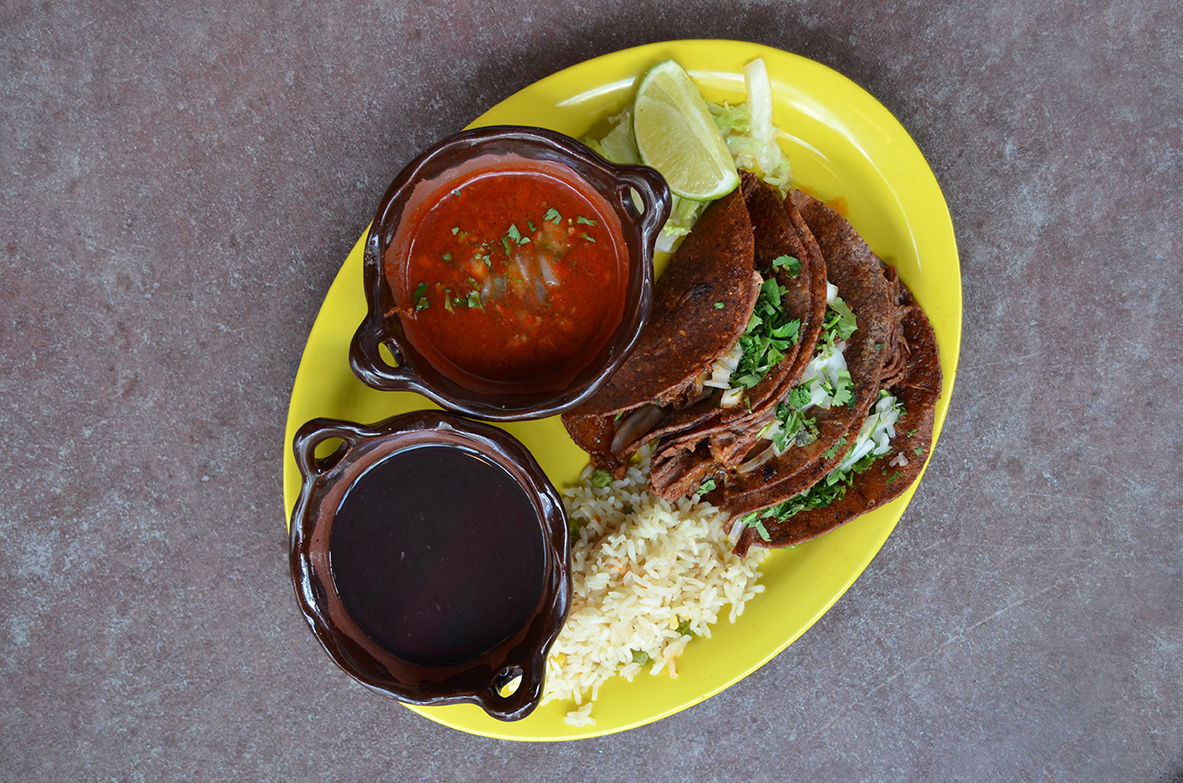 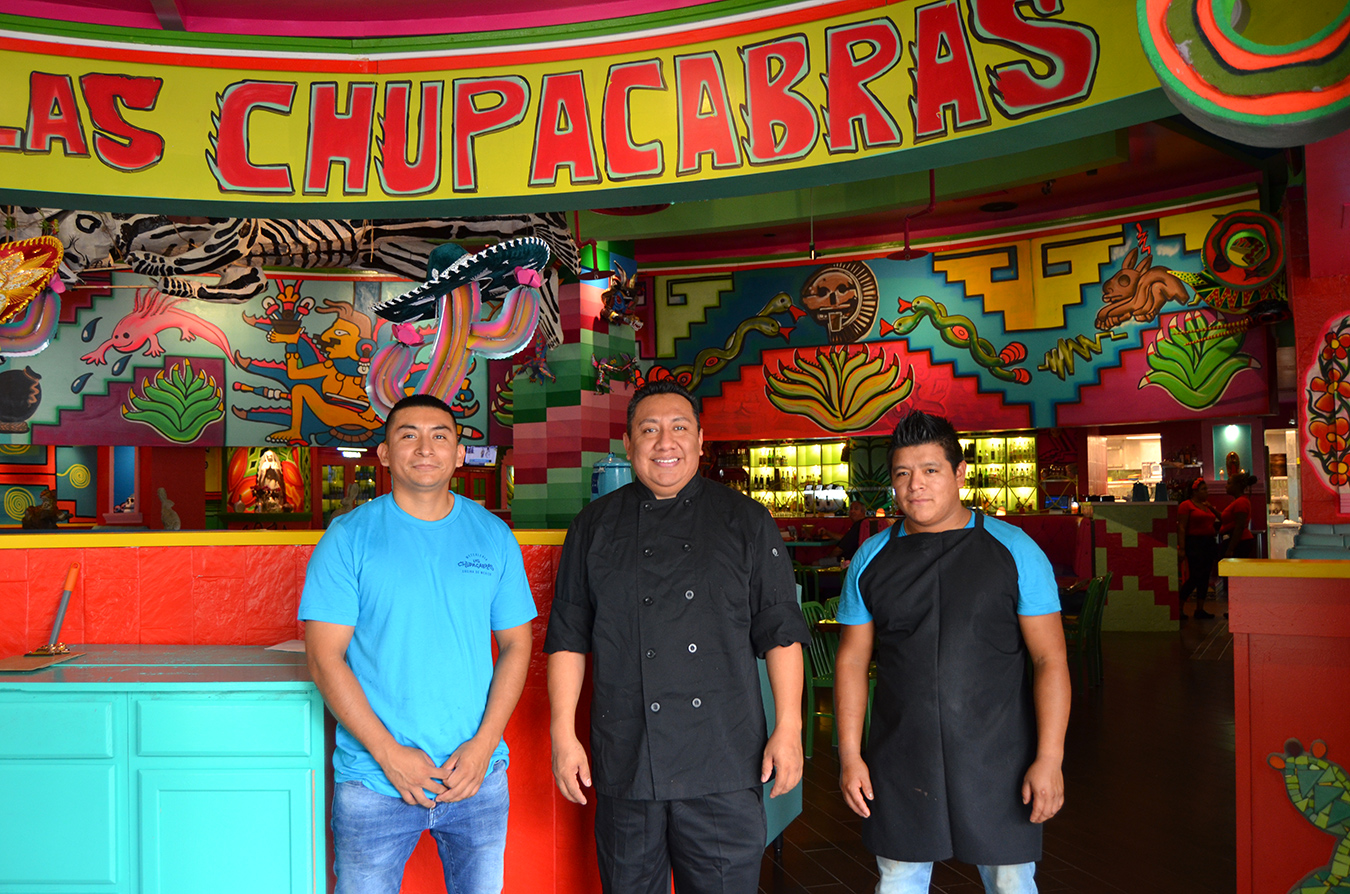 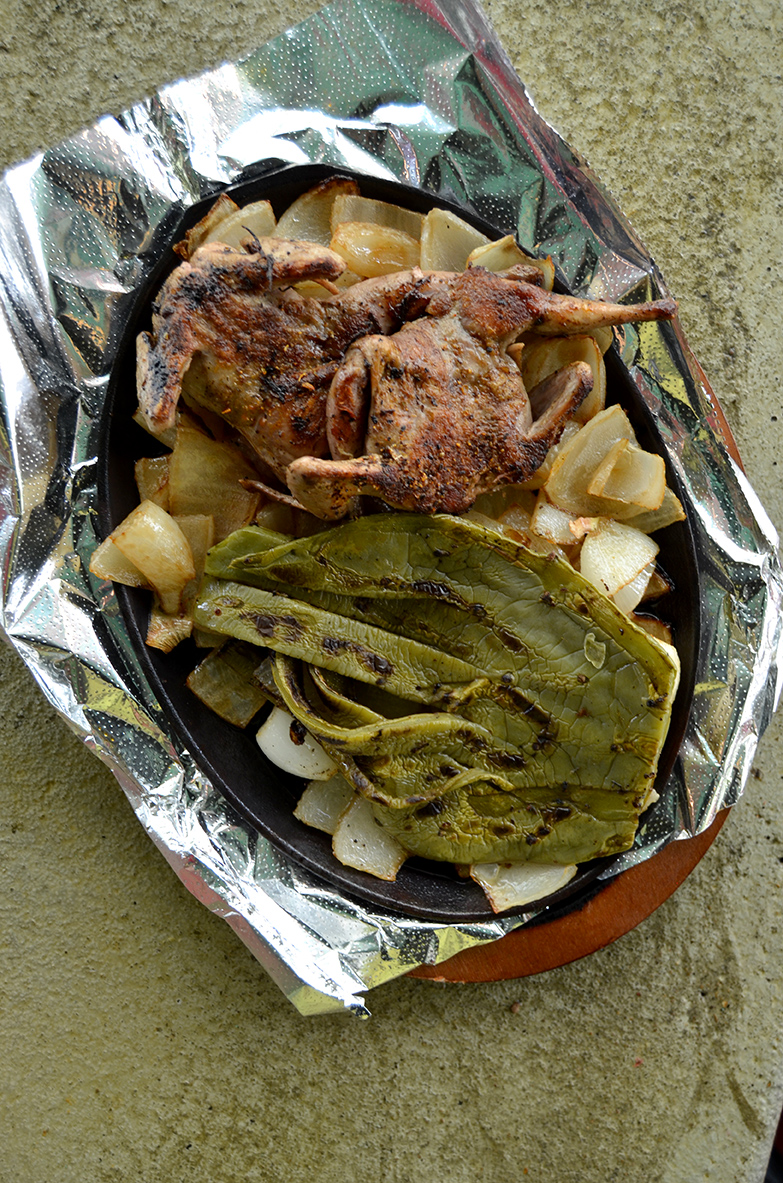 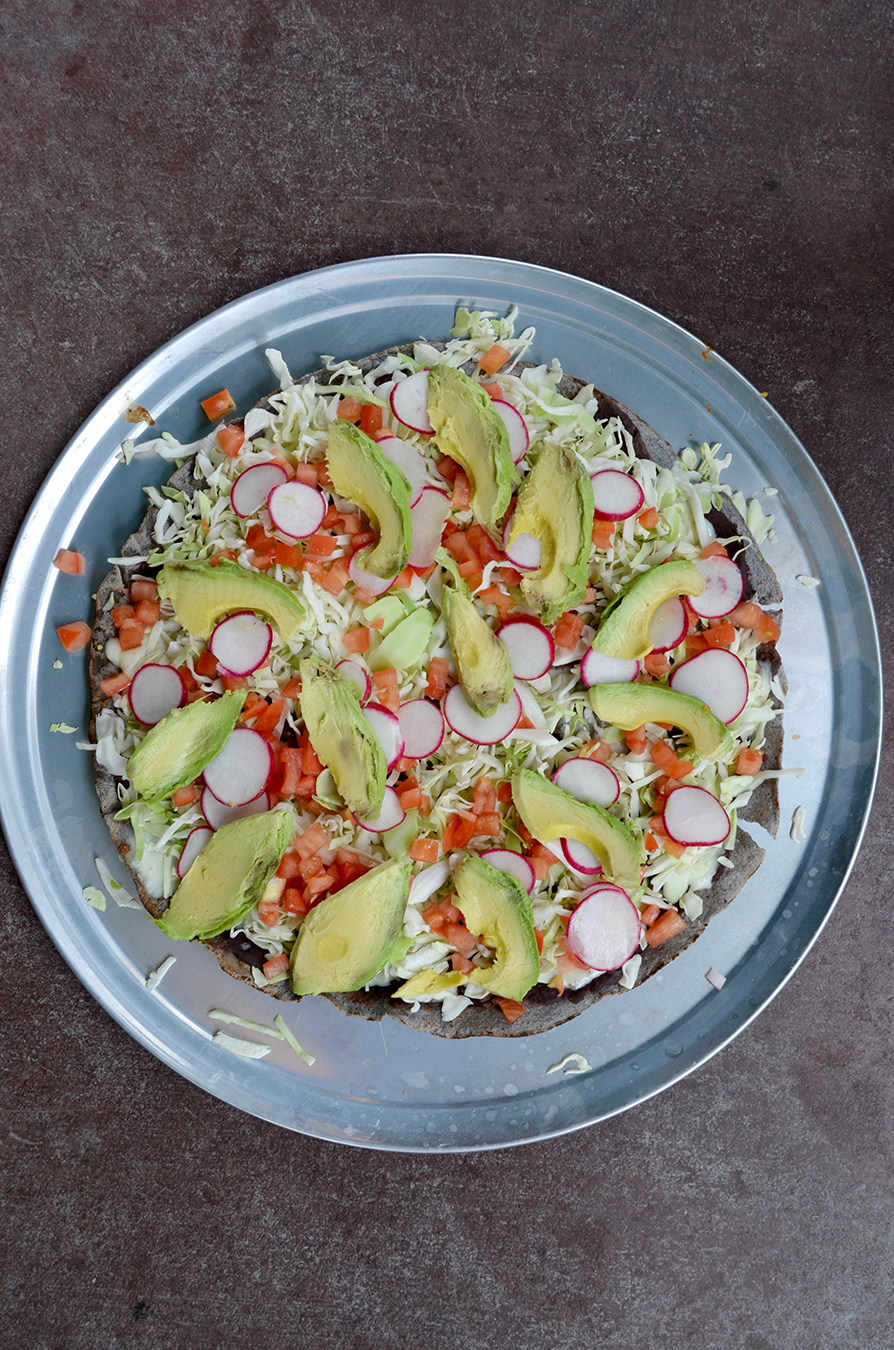 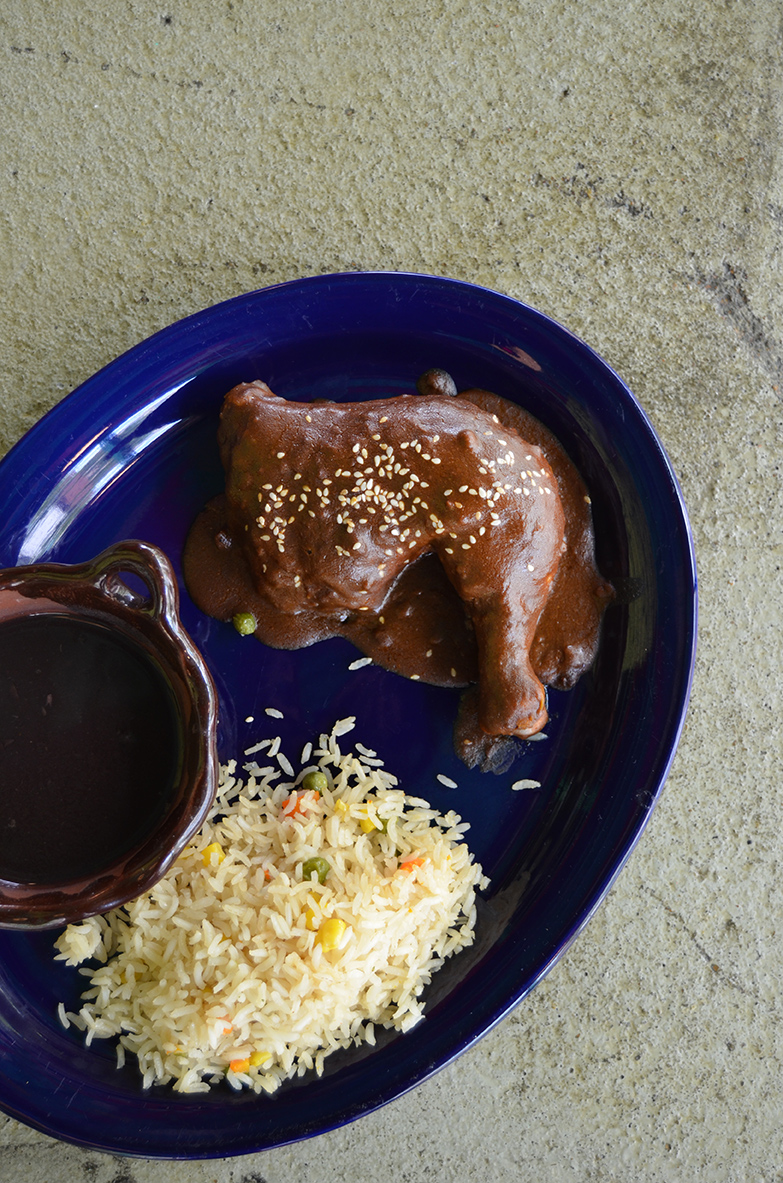 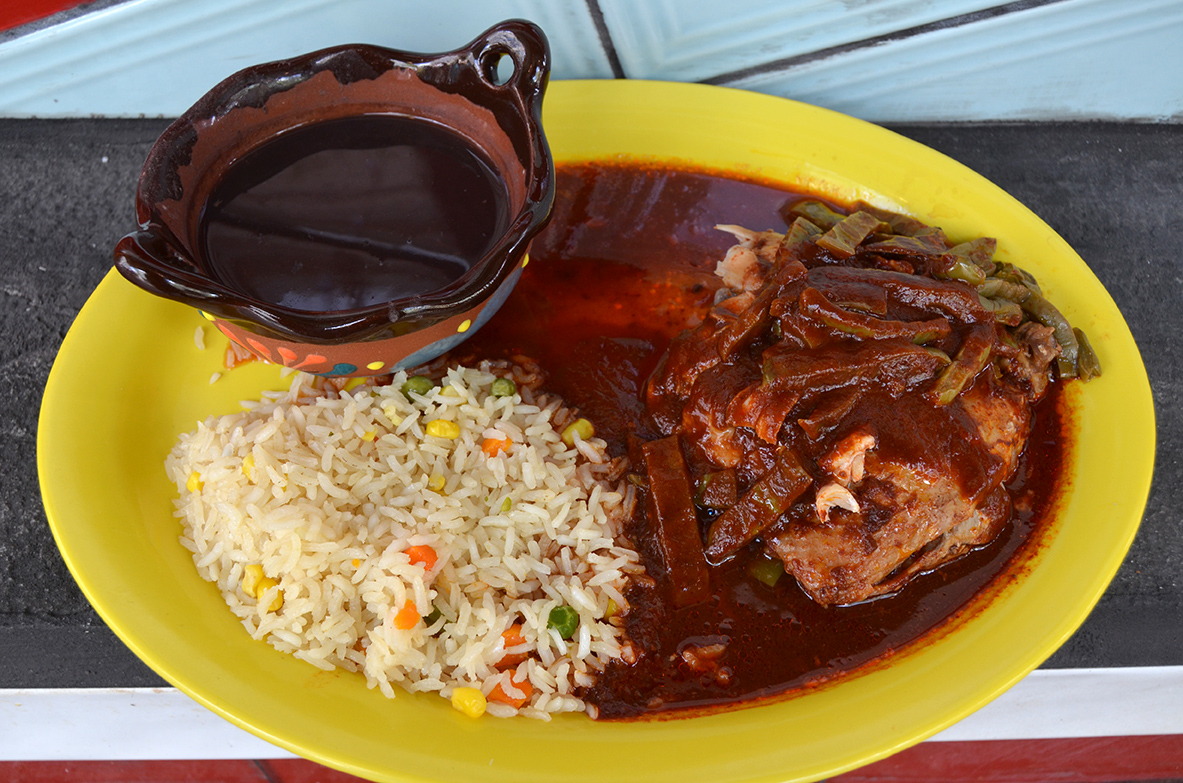 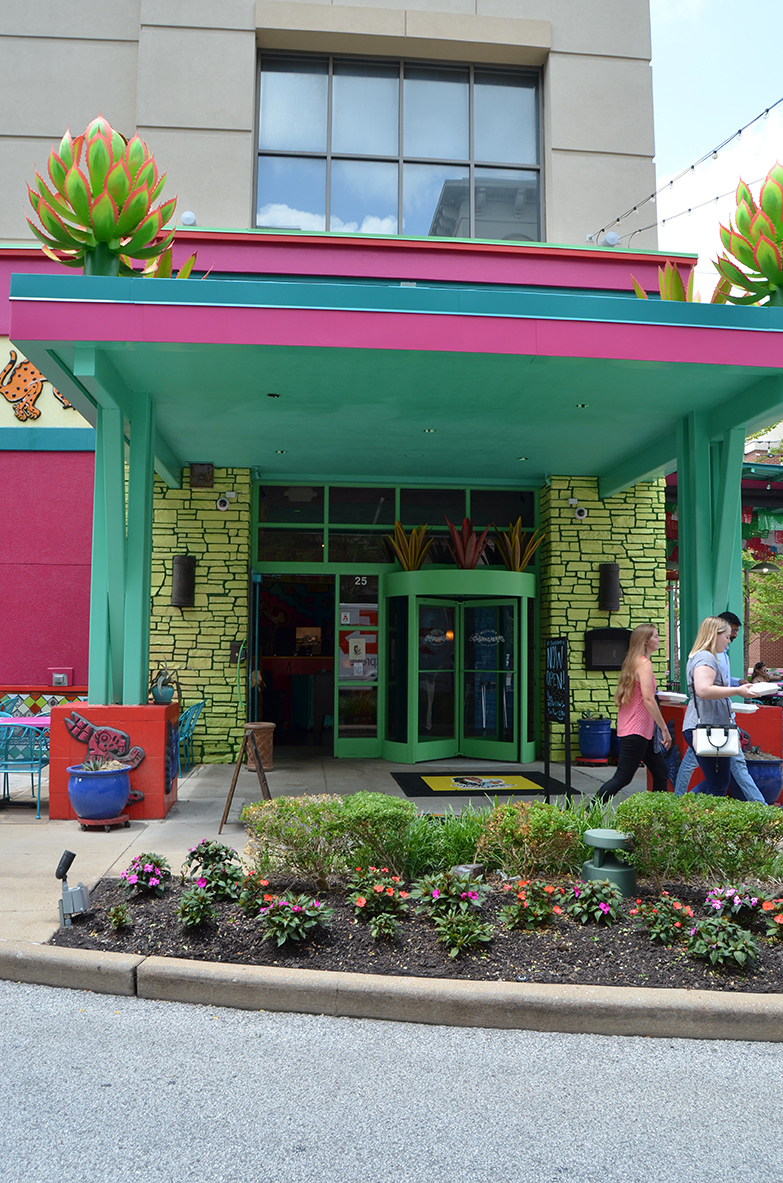 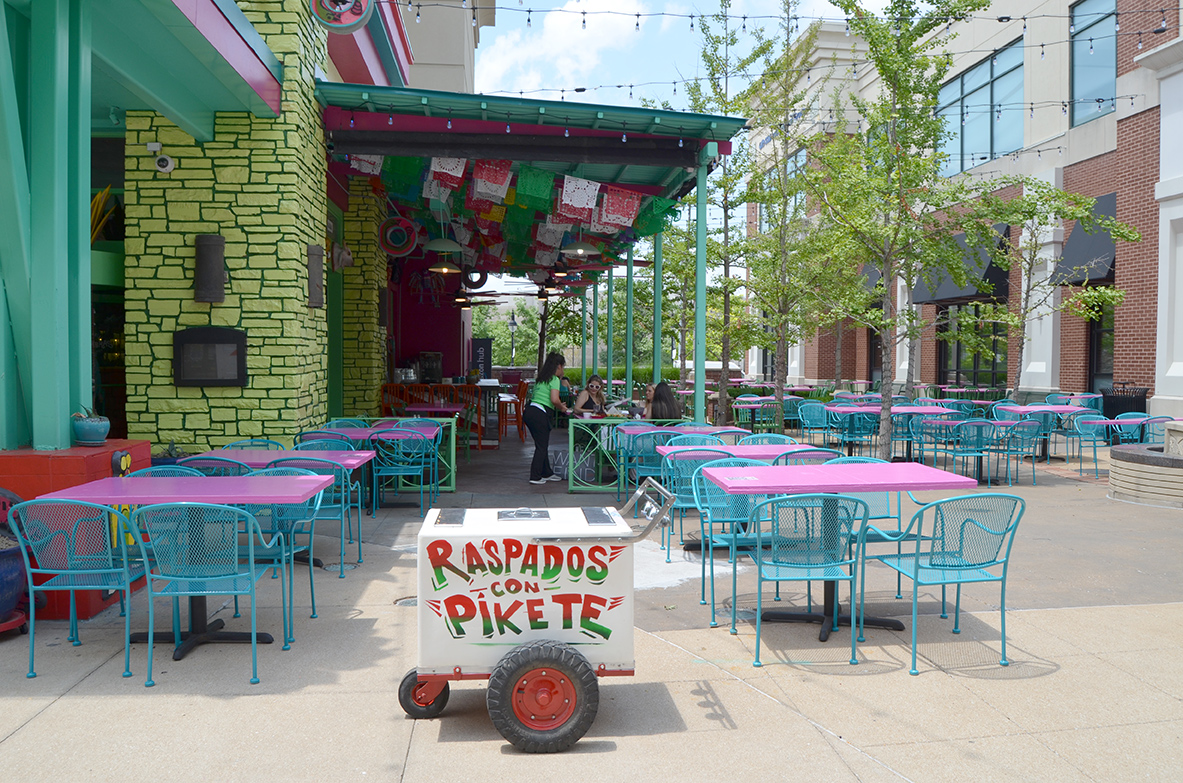 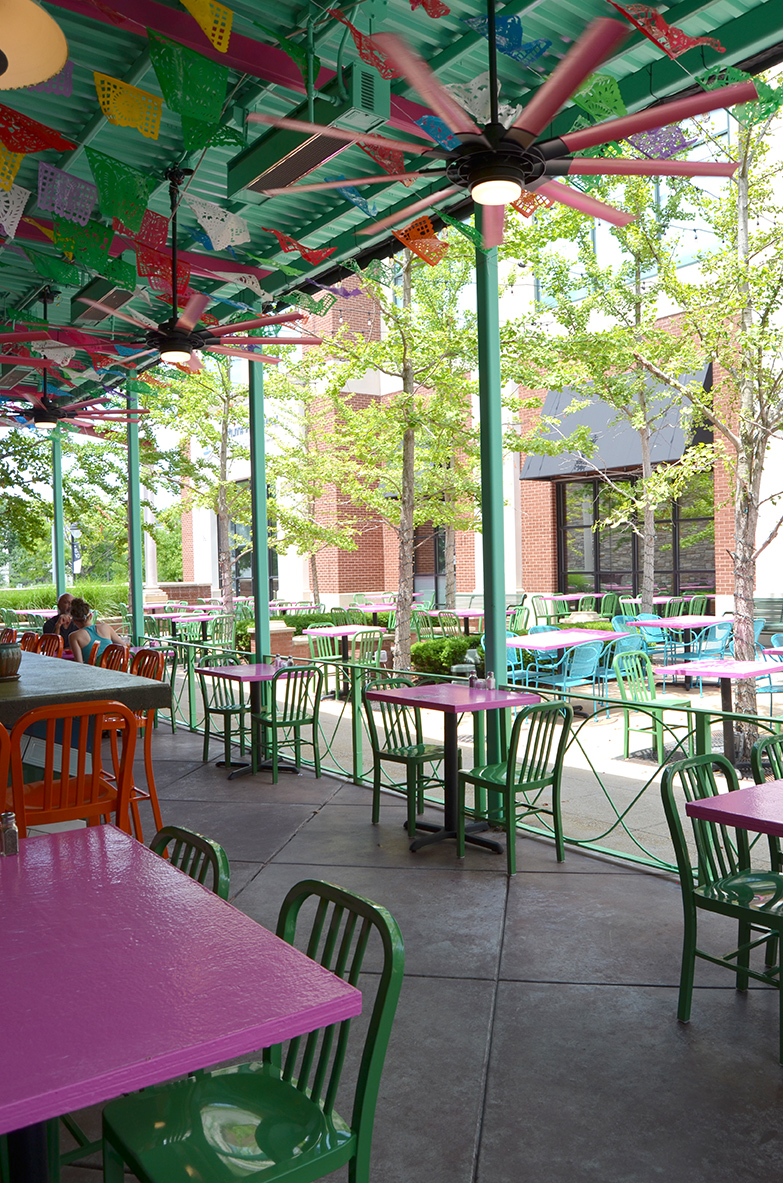 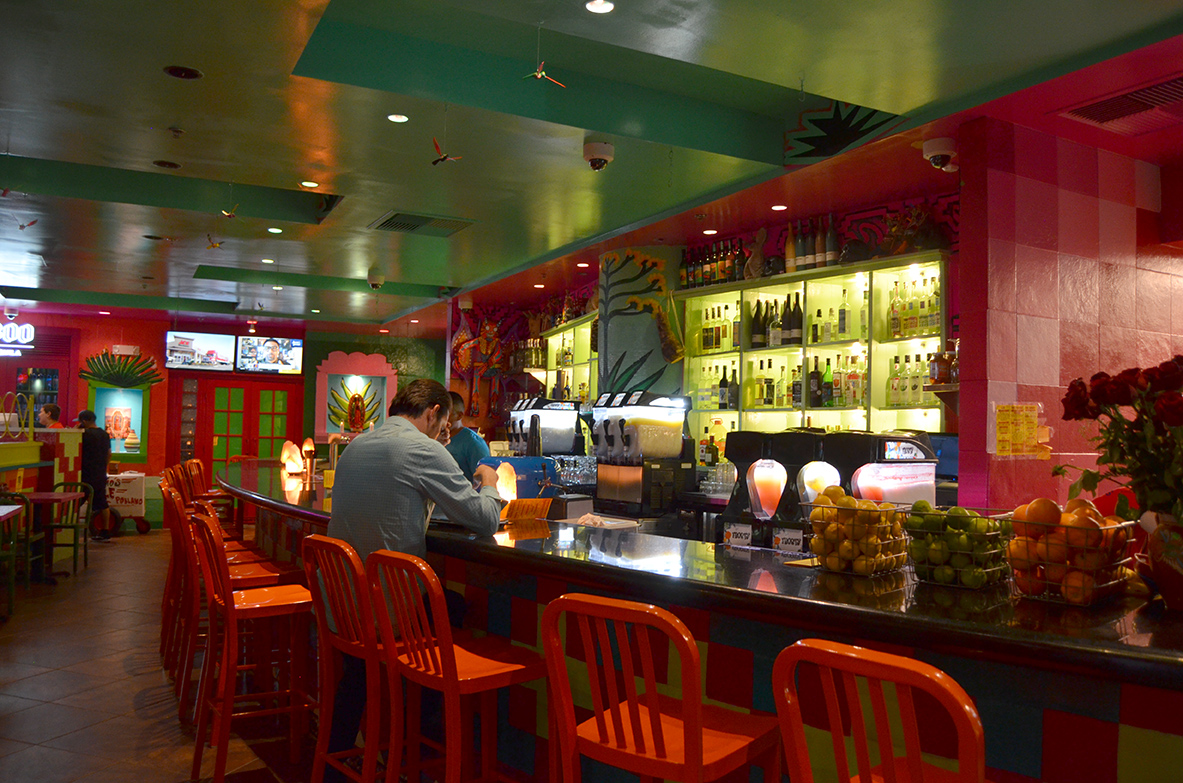 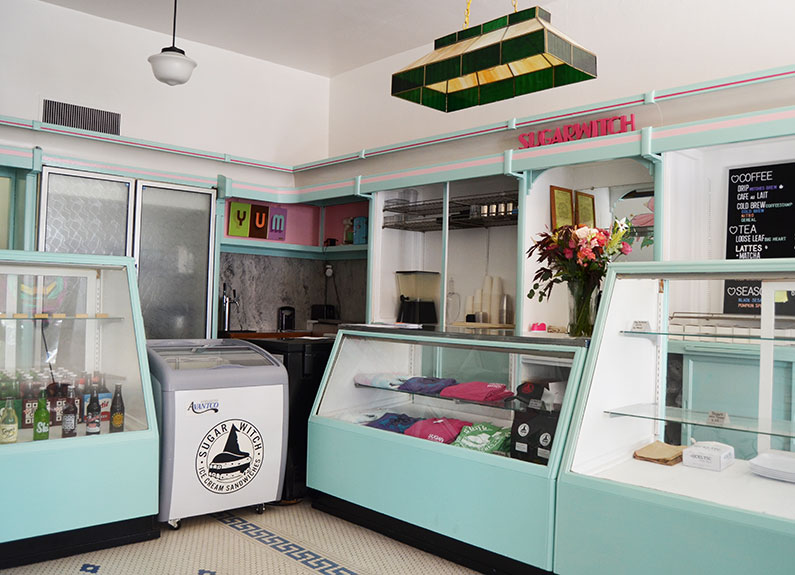 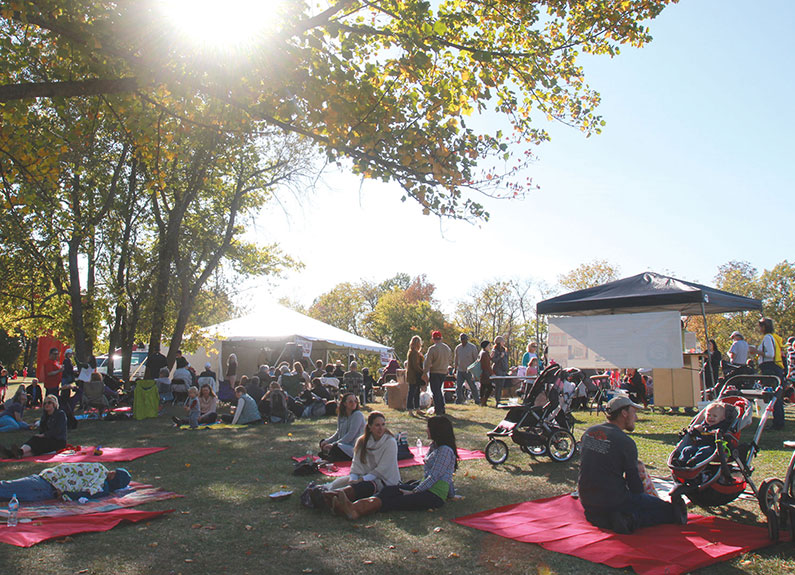