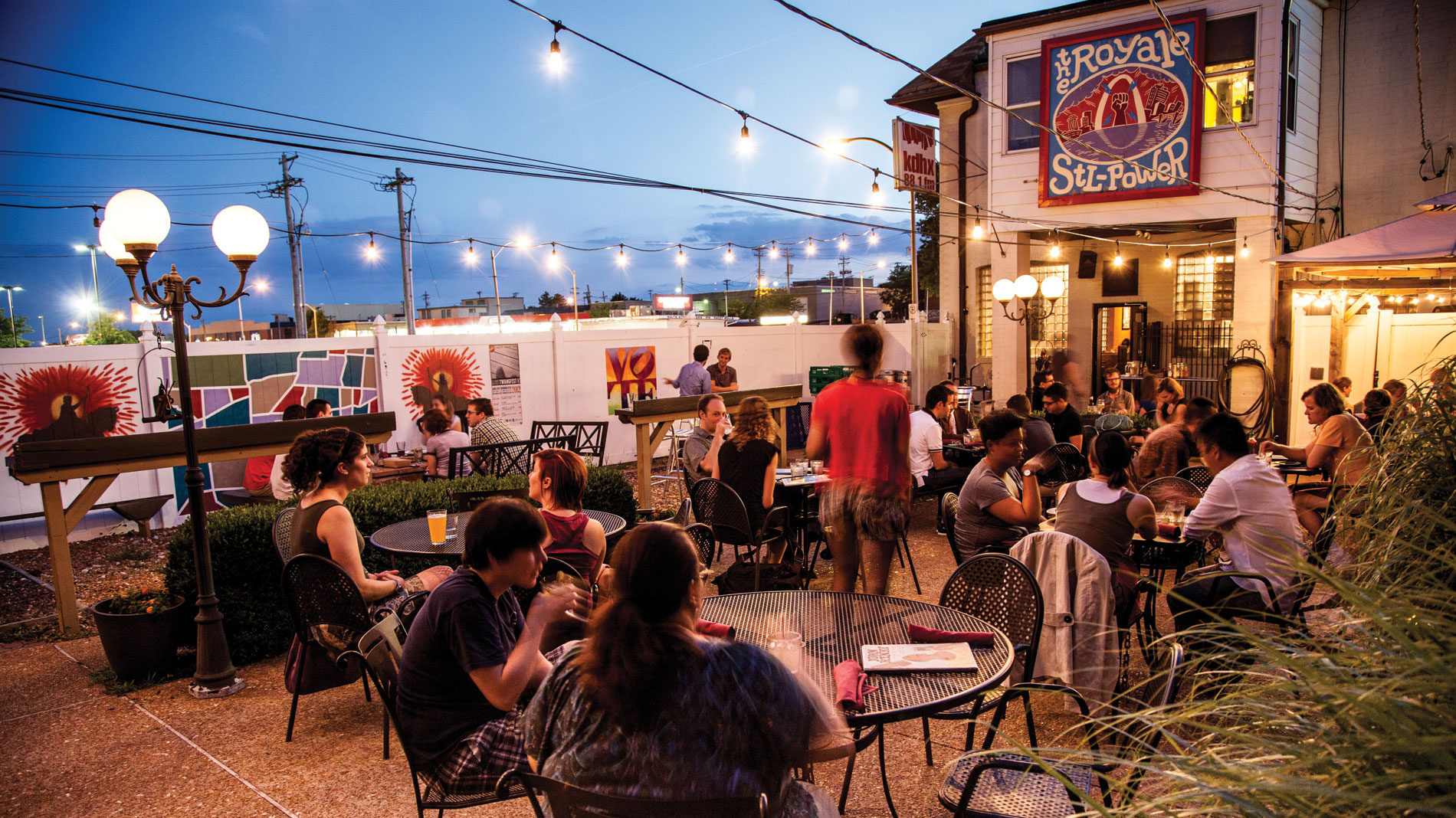 Earlier this week, on Monday, July 26, city and county representatives held a joint press conference to inform local citizens that masks would once again be required in public indoor spaces and on public transportation. “The delta variant has thrown us a curveball – it’s highly transmissible,” said St. Louis County Executive Dr. Sam Page; Mayor Tishaura Jones added that case numbers are currently the highest they’ve been since last winter. The CDC’s Covid data tracker shows nearly all of Missouri as “high risk” for community transmission.

Though the press conference was met with derision by some members of the community, a few local restaurateurs have decided that the new mandates actually don’t go far enough. Earlier this week, Steven Fitzpatrick Smith, owner of The Royale and co-owner of Tick Tock Tavern, announced that his bars would be requiring proof of vaccination for customers wanting to dine and drink indoors. “I wound up talking with some of my staff, and they’re in critical danger of getting sick, as am I. This is my home, my business. So I went ahead and went forth with it,” he said, adding that in addition to understanding the data behind the city’s mandates, he’s consulted with doctors at Barnes-Jewish Hospital and believes that the additional safety precautions are necessary. He pointed out that unvaccinated customers are still free to drink and dine on the patio.

To Smith, requiring documentation to enter bars is a tale as old as time. “I have to card people to make sure that they’re over 21. That’s a very long held tradition in our society since liquor laws were tightened up. It’s not uncommon that you’ll have somebody out front asking for documents to get into a bar. This is not new, and it has to do with public health, so it’s even more important in some ways.”

Smith believes that the vaccination conversation is in some ways similar to what happened when bars stopped allowing smoking indoors. “This reminds me of when I went smoke-free back in 2008,” he explained. “I polled people, asking, ‘Do you want it to go smoke-free or not?’” It was highly controversial to even discuss it back then.” Smith said that some customers were hostile, calling him a “Nazi” and saying he was infringing on their rights. “It was literally my home – I lived upstairs, and I had to go to bed every night with my bed smelling like smoke. They would flip out.”

But after polling regular customers, Smith found that the majority of them were ambivalent about changing the rules and that really only an extremely vocal minority – “four or five people” – were excessively agitated. “A lot of people wanted to remain smoking inside, but they weren’t freaked out and wouldn’t come any less. I think we’re in a similar position here,” he said. “People are screaming very loudly, making it seem like they’re 80% of the people out there, but I have a feeling that it’s a very sharp minority making it difficult for us to go forward.”

Smith hopes to be part of a bigger trend of change and is willing to do what it takes to get there. “ The steps we’re taking will hopefully encourage more people to get vaccinated,” he said. “I know a lot of people say they don’t mind wearing a mask, but I don’t like it. I’m only going to wear it if it’s helpful, if it’s being told to me by real doctors who are telling me they think it’s helpful.”

Yesterday, Bengelina Hospitality Group owner Ben Poremba (Olio, Elaia, Nixta, AO&Co.) released a statement saying that all of his spaces would only be accepting indoor reservations from vaccinated guests, but that outdoor dining would still be available for the unvaccinated. The statement also said that all Bengelina restaurants would be requiring proof of vaccination as a condition of employment going forward.

When asked how he decided to make the call, Poremba responded, “The concern and the liability of having more infections and more employees falling ill is not something that we can afford. It wasn’t so much ‘how,’ but that it presented a real concern and a real problem, and it was the best option.” He went on to say that individual restaurants would not be checking vaccination cards to enforce the rule, adding that he believes the majority of his customers to be honest. “People trust us when they have food allergies and dietary restrictions that we’re not going to kill them, and I hope we can trust them to tell us the truth and follow the guidelines.”

Regarding the new mask mandates from the city and county, Poremba is strongly supportive. “Given the data I’m given, the scientific opinion of the experts, it’s probably one of the best tools to protect yourself and others. I think it’s a very, very small sacrifice.” Going forward, Poremba hopes that his restaurants’ new measures will be part of a larger initiative among big restaurant groups. “I think that this is going to be a much, much bigger trend,” he explained. “I read that Danny Meyer at Union Square Hospitality Group is going to implement the same kinds of the rules, and he’s a leader in our industry and a pioneer. I think that many more restaurants are going to follow suit.”

Jeremy Pevnick, beverage director at The BAO and bartender at Tick Tock Tavern and The Royale, said that The BAO will begin requiring proof of vaccination starting tomorrow, Friday, July 29, for indoor dining. “My position is that we’re all trying to pitch in and be part of the community, trying to help protect our staff as well as our vaccinated guests.” He added that unvaccinated guests can get takeout and sit on the patio, and that The BAO’s staff is happy to offer curbside service as well. “We feel like our clientele would appreciate the extra precaution for their safety. We want to make great food, great cocktails – we want to have a great dining experience here,” he said.

Regarding pushback, Pevnick hasn’t experienced much first-hand. “I know there was a protest in Clayton the other day, but those people don’t necessarily live in Clayton.” He explained that he sees a thread between patrons of the three institutions he works at. “I think at all three of them, most people understand that we’re trying to help keep them safe, and that that’s a priority to us. I think they’ll roll with it.” At Tick Tock, he said he’s been greeting customers warmly and asking whether they have their proof of vaccination, either the original card or a photo on their phone.

Looking into the colder months, Pevnick, too, hopes that these new restrictions will bring some change. “We are really hoping that our clientele are going to get vaccinated, since it is free and open to everyone. The vast majority of our clientele are vaccinated,” he pointed out. “People are just going to have to adjust.”