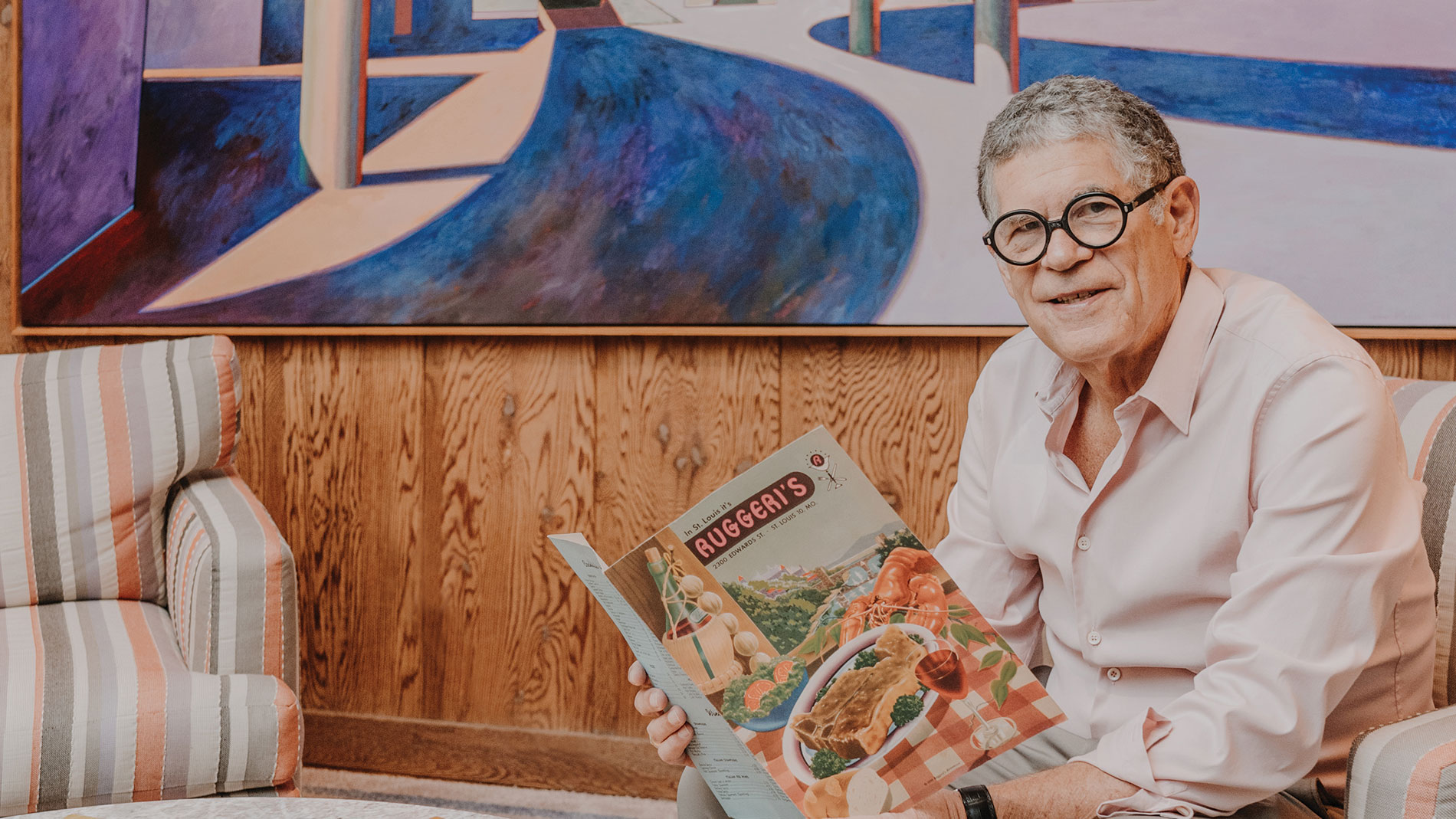 Dr. Harley Hammerman is the researcher and writer behind websites Lost Tables and Lost Dishes. The twin sites document St. Louis’ shuttered-but-still-beloved restaurants and their signature dishes. A radiologist by training, Hammerman initially honed his archival skills collecting materials related to playwright Eugene O’Neill, which he documented on a website he built himself. After deciding to sell his collection in 2016, Hammerman found himself starting a new hobby. He decided to look into the history of Golden Fried Chicken Loaf, a restaurant his family frequented when he was a child and whose chicken he remembered fondly. Over 100 articles later, Hammerman shows no sign of slowing down as he continues to find new establishments to research and share.

“When I was 50, my kids gave me the domain eoneill.com for my Eugene O’Neill collection. I had this collection sitting in my study and no one could see it. So I decided to put it all online. It started out as a crummy website, and little by little I got better at it. I wouldn’t just put it on there as a laundry list; I would research different items and write about them – it was a pretty robust website.”

“I started to look for a home for the [Eugene O’Neill] collection, around that time I started Lost Tables. I sold my collection to Washington University and gave them the website also. That had kept me busy for much of my adult life, so I needed something else to keep me busy, because I don’t play golf. So I think it was sort of natural to take my love of restaurants and turn that into Lost Tables, because I already had the skills I’d acquired through the first website.”

“Dining out has always been important to us. Everybody talks about ‘Where did you go to high school?’ In the same way, I think restaurants are unique in St. Louis. People are very serious about their restaurants and the history of the restaurants and are dedicated to certain restaurants.”

“I just start at the beginning and research everything I can about the restaurant. Sometimes I build the story around a building, such as Busch’s Grove or Lake Forest Bakery; it’s about the building, and then it tells the story of the custodians who have lived or worked there.”

“Other times it’s about a family. Like with Pratzel’s Bakery, it’s about the patriarch that started the business and then you follow him and his children and their children in the bakery, and it’s not necessarily about a building because they moved on to other buildings.”

“I also have a menu collection – most of that I get from eBay. I look every morning to see what’s online. A lot of times I’ll get a menu and I’ll say, ‘OK, I’ll start researching this,’ and that leads to an article for Lost Tables.”

“With Lost Tables, I’m compulsive about everything being absolutely accurate. I research and try to find a date, and if I can’t find, for instance, the date when somebody got married, then I’ll say, ‘By 1932, they were married.’ I use ‘by’ a lot. That means I know they were married by then, but I won’t guess dates.”

“Lost Dishes is different. The recipes are accurate. But a recipe website isn’t any fun without photographs. Well, I don’t have photographs of most of these things. Sometimes I have a photo of the actual printed recipe. I’ve persuaded my wife to make some of the recipes. But for the most part, I look at the recipe and try to figure out how it might have looked, and then I look online for pictures that match that. “

“For my 70th birthday, my wife surprised me with a Lost Dishes birthday party. It started with the Maryland crab cakes from Crazy Fish and spinach-feta strudel from Duff’s. They had Balaban’s smoked trout pancake and Portabella’s grilled asparagus and portobello mushroom, and there was Cafe de France’s salmon and Tenderloin Room’s Pepperloin steak and Cyrano’s Cleopatra. It was one of the most spectacular dinners I’ve ever had.”