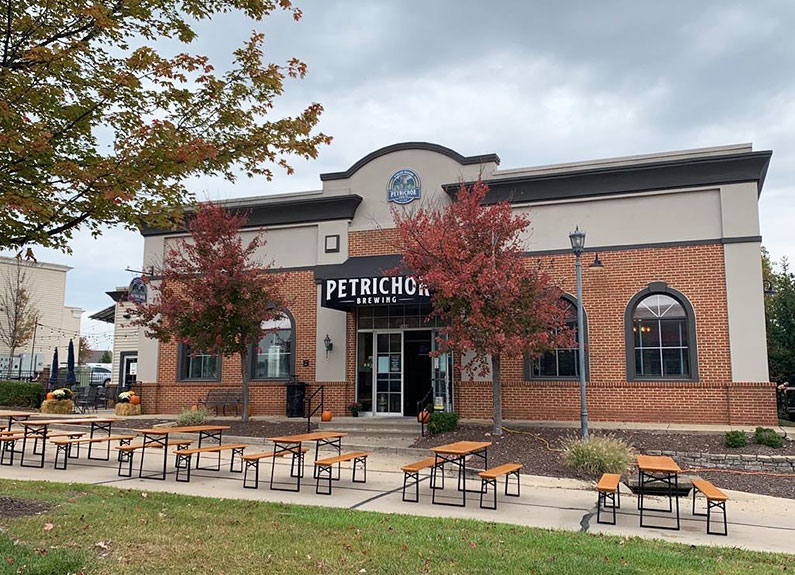 It’s been a busy past few weeks for Shortleaf Brewing. Formerly known as Petrichor Brewing, the brewpub announced in mid-October that they would be rebranding, as well as expanding the scope of their production down to Camdenton near Lake of the Ozarks in a new space set to open in early 2022.

“We needed to [rebrand] because there’s a winery in California that trademarked Petrichor, but it coincided with opening [our Camdenton space] anyway,” said co-owner Michael Crowell. “So it just worked out. With the new spot, it made sense to come together with the partners and come to a consensus on a [new] name.”

While the Camdenton location offers plenty of space, essentially all of it will be used for brewing, as opposed to the O’Fallon location, which features a kitchen. “We needed to house more production space, since before we had to outsource [production]. … It will open as a production facility with a tasting room, but we will eventually have a kitchen there too,” said Crowell. “And this was also a chance to push into a different part of the state for the market.”

But why the name Shortleaf? “We wanted [to include] natural elements. We really like nature, so we were discussing things that were lake-related,” said Crowell. “[With] the shortleaf pine [tree], it’s tall and very impressive looking, but endangered. We wanted to fixate people’s eyes on something that could be gone if we don’t take care of it.”

As a result of Shortleaf’s goal to protect its namesake tree, there are plans to open a charity that will raise money for conservation efforts, with a percentage of profits from a forthcoming, pine-inspired IPA contributing to those charitable funds.“We’re using hops that are more pine-driven,” Crowell said about Shortleaf’s new IPA. “We have a recipe, but we haven’t brewed it yet. When we open up, we hope to have that on tap in the spring.”