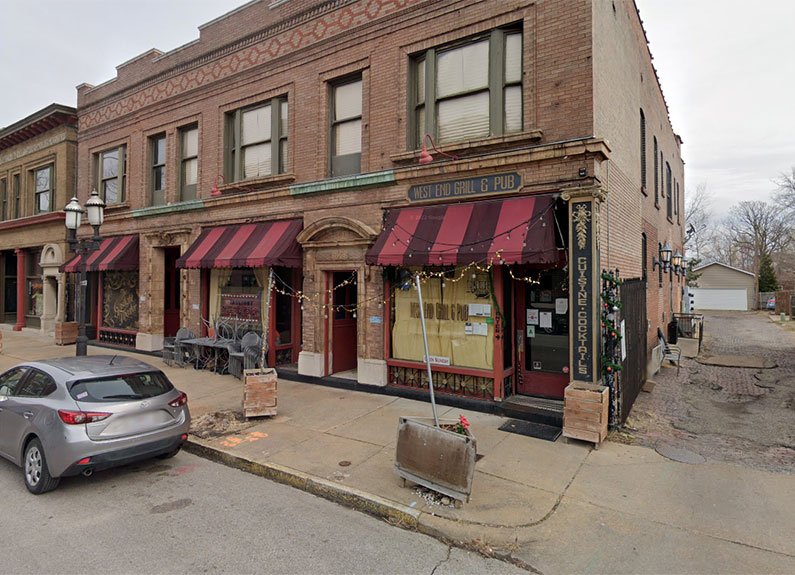 After 15 years of service to its loyal Central West End community, West End Grill & Pub is closing. The beloved neighborhood gathering spot, which specialized in “progressive but surprisingly good pub food,” will host one last hurrah in the form of its Super Bowl party on Sunday, Feb. 13, before closing its doors at 354 N. Boyle Ave.

Owner and co-founder William Roth attributed the closure to the many challenges brought on by the pandemic, namely increased cost of goods, staff shortages and shutdowns.


“We just couldn’t keep raising our prices to the point where a 15-year regular comes in and is shocked by the price change. We can’t do that to our customers,” he said.


West End Grill & Pub, or WEGAP, as it is fondly referred to by regulars, has been a central hub for locals and patrons of the adjacent Gaslight Theater for years. Roth, who is also the founder and artistic director of theater occupant the St. Louis Actor’s Studio, said that though WEGAP itself is shutting down, bar services and a scaled-down food offering will still operate out of the restaurant when events are taking place at the theater.


Roth also noted that the restaurant space and theater, which can seat about 60 and 97, respectively, are still open for private event rentals. He hopes to eventually pass the torch off to new restaurant leasers to bring new life to the former home of the grill and pub.


The Super Bowl sendoff, which begins at 2 p.m. on Sunday, is open to the public and will include a $25 all-you-can-eat buffet as well as trivia. Roth anticipates longtime regulars, neighbors, former employees and curious newcomers alike will all be in attendance to reminisce and celebrate. “We had a great run,” Roth reflected, “but it had to end at some point.”