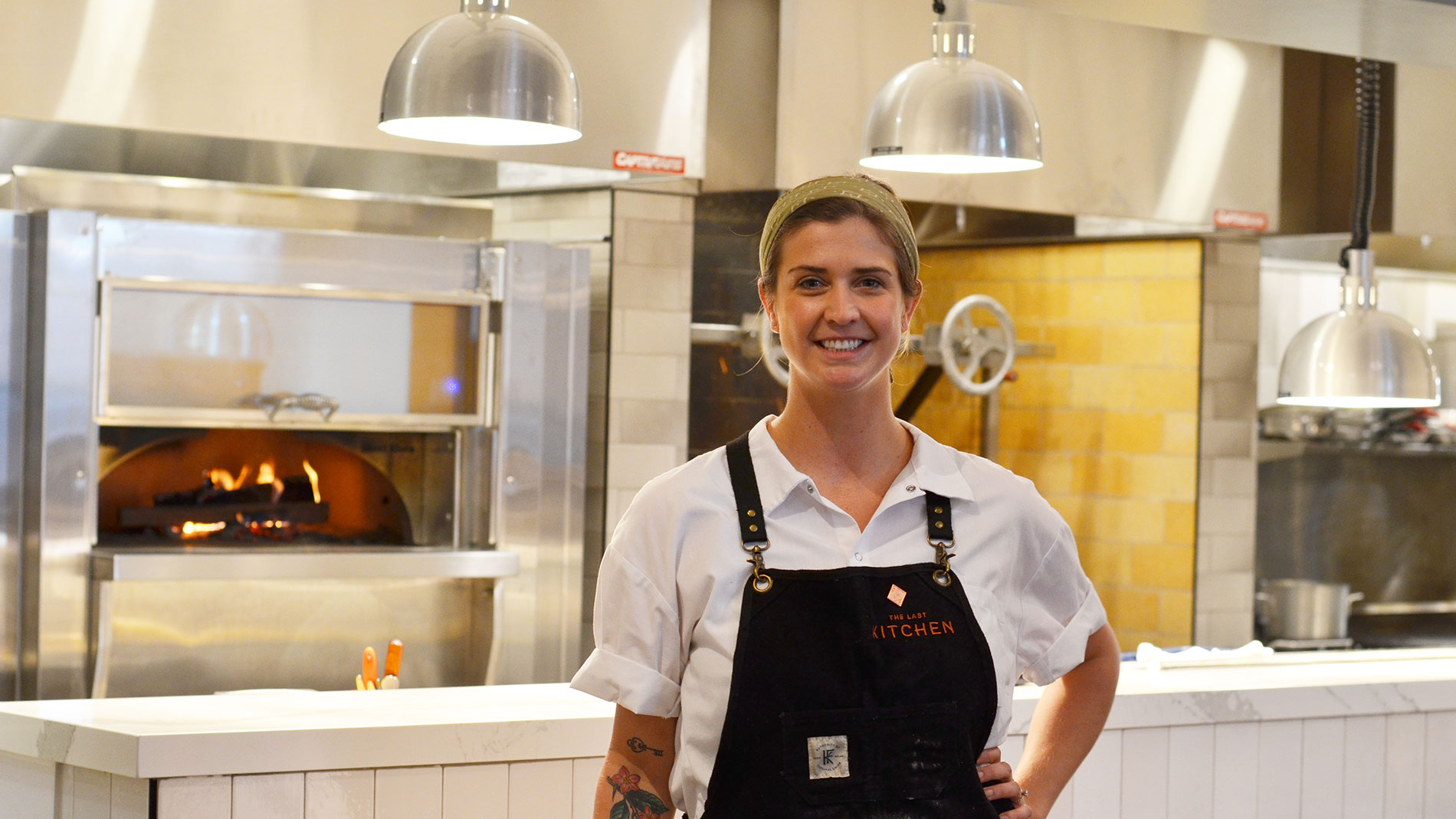 “I’m immensely proud of what we do here on the beverage front,” said Vicia co-owner Tara Gallina. “The food gets a lot of love, but, equally over the years, we’ve been building – maybe too quietly – an outstanding beverage program.” She explained that the wine program has blossomed under the leadership of Kara Flaherty and that Phil Ingram has been doing great work at the bar. “We’re humbled that people are taking notice,” she said. “I think the selections that Kara puts on there are things you’re not going to find a lot of places in town, and certainly are unique to our area – organic wines, natural wines, things done with minimal intervention. It makes the experience very special.” This marks a big week for the Gallinas’ restaurant group, Take Root Hospitality, which announced some big changes yesterday.


Niche Food Group’s French restaurant Brasserie’s nominations highlight people that have been with the company for significantly different amounts of time. “It’s been a crazy year. I’ve been at Brasserie for one year now, and truly any success here is because of my sous chefs and my team, so I can’t take all the credit,” said Evy Swoboda, who previously ran The Last Kitchen in The Last Hotel downtown. “I think I’m more excited about Elise’s nomination than my nomination,” she continued. “She’s so talented and extremely deserving of this. She has been at Brasserie for 13 years; she’s the longest standing Niche employee besides [Niche Food Group executive chef and co-owner] Gerard Craft, I’m almost certain – at least that’s what I tell people.”

Elise Mensing was happy to be nominated after her long tenure at Niche. “I am extremely humbled and surprised to have made it even this far,” she said. “I feel really lucky just to have been able to work for so long in a company that has let me do what I love.” Craft echoed Swoboda’s sentiments. “I got the chills instantly,” he said. “It’s so exciting to see Elise finally get some due recognition on this national platform.”

Craig Rivard, co-owner of Little Fox, which opened at the end of 2019 and has since been recognized in publications like The New York Times and Eater, said: “It’s an honor to be recognized. Coming back to my hometown and opening our dream in our little Fox Park neighborhood and to get this national recognition is pretty incredible.”

Ben Welch, former executive chef of Botanica, which opened this past fall, spoke to the feelings that came with his nomination. “Honestly, initially, I was a bit emotional,” he said. “Surprised and just felt seen and wonderful and great.” Welch has recently parted ways with Botanica, and said that he’s working on his own Southern restaurant, which he anticipates opening sometime next year.


Though Emerging Chef nominee Ben Grupe has found a lot of success in competitions and other restaurants, Tempus marks his first restaurant as chief operator and executive chef. “It always feels great to be recognized for all of your hard work. The award is not solely going to myself – it goes as much to me as the team that works day in, day out, from the dishwasher to the polisher to the host,” he said. “Everyone is involved.” For Grupe, it’s as much about the environment as it is about the food. “I’m most proud of the culture that we’re building here, from how we do service on the floor to being an inclusive team to everything we do in the kitchen,” he said.

For Rob Connoley, recognition for Ozark cuisine restaurant Bulrush comes after a previous nomination in the Best Chef: Southwest category for his work at New Mexico’s Curious Kumquat, a desert-side, fast-casual spot specializing in foraged foods. “That’s so fucking crazy,” Connoley said. “Every single night we have people come in and you can just see the look on their face, like, ‘Really, did I sign up for this? I didn’t come here for a lesson.’” Connoley explained that his food often comes with historical information meant to enlighten diners on the history of the food and people of the Ozarks. “By the end of their meal, we’ve had an impact on their lives, and they’ve learned how Ozark cuisine has come into being. To know that someone beyond the customers recognizes that there’s some value to that is just amazing,” he said.

Connoley said that the Ozarks has been portrayed in a specific and negative way in the media, from The Beverly Hillbillies and Netflix’s Jason Bateman vehicle Ozark to the award-winning film Winter’s Bone. “I’m at a loss for words,” he said. “I just never thought that this would happen. Everyone just wants to look at other areas.” But it seems that the James Beard Association is looking very seriously at Missouri now.