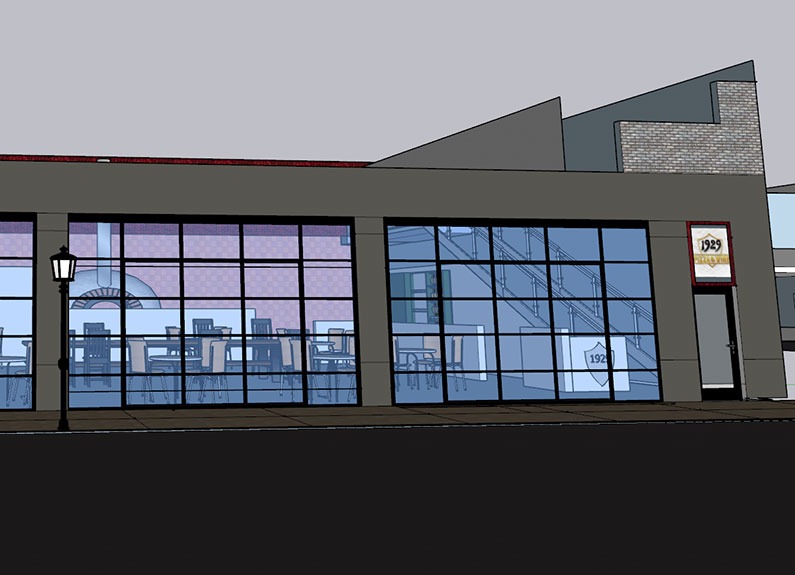 1929 Pizza and Wine to open this fall in Wood River, Illinois

Later this year, Wood River, Illinois, will have a new pizzeria when 1929 Pizza and Wine opens at 7 N. Wood River Ave. 1929 is the brainchild of owners Matt and Amy Herren and business partner Tom DeClue III. The Herrens previously ran concepts in Edwardsville: Matt Herren was an original owner of 222 Artisan Bakery and Goshen Coffee Roasters, while Amy Herren was chef-owner of Fond. “We have been on the road for the last ten years, and everywhere we go, we seem to seek out wood-fired and Neapolitan pizzas,” explained Matt Herren. “This [restaurant] is the perfect marriage of my wife and I – she’s a chef by trade, and I’m a baker by trade. It was the one thing where the two of us could come together in the kitchen and marry our skills together perfectly.”

Herren said he and Amy were driving through downtown Wood River and decided to call randomly about a building that was for sale; the person who answered the call was the chief of police, who connected them with DeClue. “We said we have a passion for pizza. We went up to one of our favorite places here, to the Lincoln Wine Bar in Mount Vernon, and showed him.”

Herren said they picked out the “worst building in town” to use for 1929 Pizza and Wine; two years ago, the building suffered significant fire damage. “We picked the place that had the least potential for somebody else. We wanted to show the community that it could be something awesome,” Herren said. In his view, the restaurant isn’t about him and his wife, but about the neighborhood. “We’re really hoping that we have the chance to breathe some life and some excitement into this gorgeous downtown,” he added.

As for the menu, the Herrens want to serve food that’s accessible to everyone. “There was no point in building a fine dining restaurant or something that wasn’t going to be approachable by everybody. Pizza is the most approachable thing – I don’t care where you fall,” Herren said. 1929 Pizza and Wine’s menu will be short and sweet with room for salads and a Sunday supper. Dough will be made using local wheat; the Herrens will mill their own flour. The wine list will be small and curated to reflect some of the countries and states the couple has lived in, Amy Herren added.

The small space should house around 24 seats and will likely be open Wednesday through Sunday for dinner. Herren speculated that the restaurant could open Sept. 1 but added it could end up being later than that.