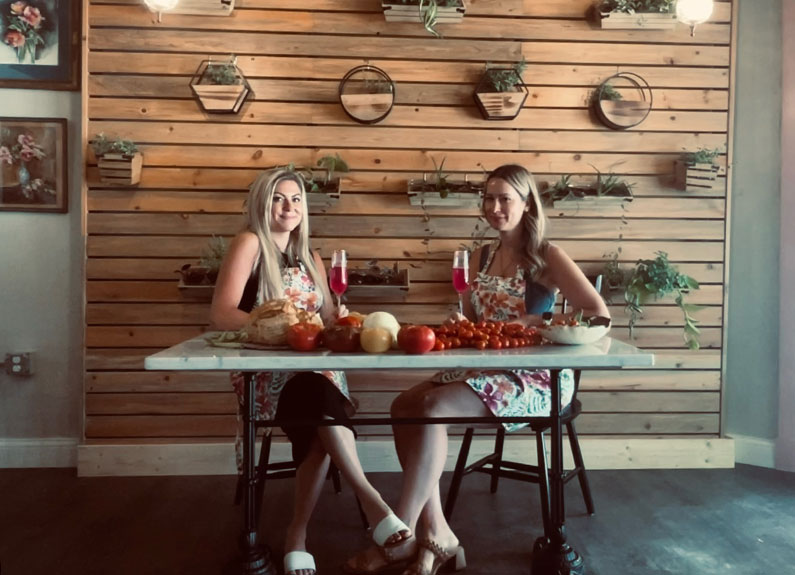 After several years of development, Ivy is finally going to open its doors in the beginning of July. The café at 14A N. Meramec Ave. in Clayton will take the place of the shuttered Miso on Meramec, as reported by St. Louis Magazine.

The concept for the restaurant came about in 2019, when co-founders Julie Keane and Ashley Morrison considered importing a concept from the West Coast. “I was traveling a ton to California and, if you go to San Francisco, it’s almost a crime not to eat really delicious sourdough,” said Keane. “I’m like, ‘Hey, this would be a really cool concept to bring to St. Louis,’ and that’s when Ashley and I really started collaborating and building up the idea.”

The sourdough bread inspired by Keane’s travels will provide the base for the tartines. The bread will be baked daily, paired with fresh and locally sourced ingredients. “We're going to rotate about 10 tartines on and off of the menu each week based on just what our local farmers have in-season,” Keane said. Options might include a caprese tartine, along with a breakfast version with sausage, scrambled eggs and cheddar, and one with beets, goat cheese, pine nuts and microgreens. There will also be a rotating selection of a few soups, three to five salads, a handful of quiches, and grab-and-go items in bento-style boxes.

Much of their menu is created through partnerships with other local brands. They’ve partnered with St. Louis-based coffee roasters Coma, Coffeestamp and LC to bring their beverage menu to life. “We're trying to work with a couple of different local roasters to give us something unique that's not on their menu,” said Keane. “So, we'll have everything from the traditional coffee drinks – you know, coffee, espresso – to more specialty drinks. We're going to make all our own syrups in-house.”

Another of the specialty drinks will be a kombucha mimosa. They’ve worked with Confluence Kombucha to make custom drinks for the café including one kombucha made from ground ivy, which imbues a minty flavor.

Local herbalist shop Forest and Meadow has worked with Ivy to create herbal shrubs made from local honey, herbs and vinegar that will be mixed in sparkling water. There will also be fresh, cold-pressed juice available from Fuel Wellness Bar, formerly known as Beets & Bones.

The café, according to Keane, will have a “swanky” French vibe, which is, in part, aided by the building itself. They chose purposefully to be in a historic building because of its significance to Clayton. “It’s the character and the charm that’s there,” Keane said. A live plant wall will beautify the inside, where guests can sit at a white marble-topped bar or tables. The 800-square-foot dining area inside will seat about 40, with a front sidewalk patio seating about 10.

There are also plans to keep expanding over the next few years. “We hope to have three locations open within the next two years,” said Keane. They’d ideally like to open one in St. Charles County, another in West County, and eventually expand to other states.

Keane and Morrison said they wouldn’t have been able to open Ivy without their team. “We’ve got some really good veterans on our team who have just such a passion for the food and beverage industry,” said Keane. “So, I’m excited to get the doors open so everyone can meet these amazing humans.”

Hours will be 7:30 a.m. to 3:30 p.m. with an extension into cocktail hour planned for the near future. Ivy is slated to launch soon after the Fourth of July.