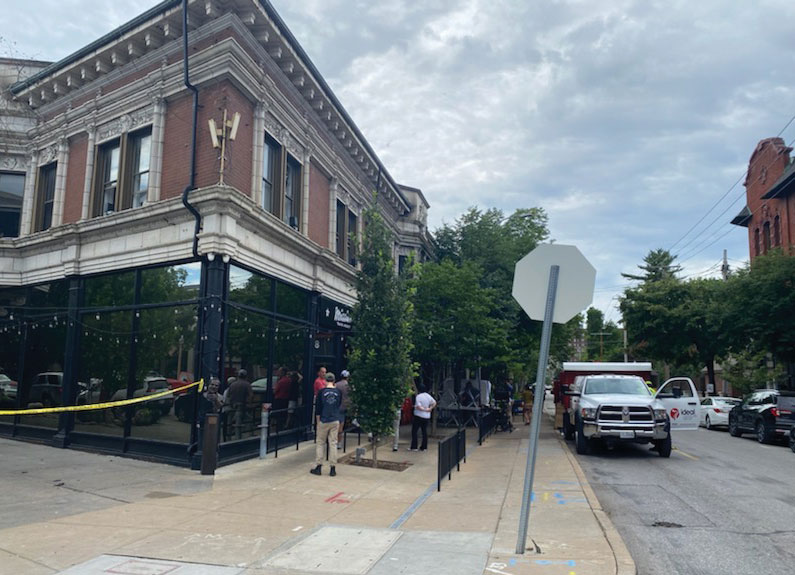 Three Central West End restaurants are this morning responding to the aftermath of a devastating fire that tore through businesses and residences at the corner of Euclid and McPherson avenues late Thursday night. Mission Taco Joint, Salt + Smoke and Ranoush all sustained damage from the blaze, which started in the early hours of Friday morning. Nobody was seriously injured, according to local media reports.

Salt + Smoke owner Tom Schmidt said his restaurant had suffered “pretty extensive damage” and that the restaurant would be closed for weeks, if not months. “We got hit really hard,” Schmidt said. “Smoke, water, fire – all of the above.” Schmidt added that the one silver lining was that there were no injuries.

“The fire is obviously devastating,” said Mission Taco Joint owner Adam Tilford. “That building is a very historic building, and besides the businesses involved, my heart goes out to Pete Rothschild, our landlord.”

Tilford said he still doesn’t know the extent of the damage, but believed that the restaurant’s interior had mostly sustained water and smoke damage. However, fire damage had affected the building’s exterior, destroying electrical, HVAC and heating systems.

A number of residences and stores were also affected by the fire. Those included Pass The Past, Promised Land Tattoo and the corporate office of St. Louis-based clothing retailer The Normal Brand.

The cause of the fire is still unclear, but the St. Louis Post-Dispatch reported that arson investigators were at the scene, with the focus on a courtyard at the rear of the building.

Ranoush owner Aboud Alhamid declined to comment on the fire, but confirmed that the restaurant’s Delmar Loop location is open for business as usual.

Tom Schmidt also said the Salt + Smoke Foundation continues to welcome donations, which can help employees who are negatively affected by the Central West End restaurant’s hiatus. The restaurant set up the foundation in the spring of 2020 to offer customers a way of directly supporting staff during the Covid pandemic. “We have zero overhead, so all of the funds go directly to restaurant employees that need support,” Schmidt said.

Follow the affected businesses’ social media feeds for further updates on how you can support them in the aftermath of the fire. However, in the meantime, you can show up for Salt + Smoke, Mission Taco Joint and Ranoush in their other locations: All three restaurants have locations in the Delmar Loop, while Salt + Smoke and Mission Taco Joint have multiple additional locations around the metro area.