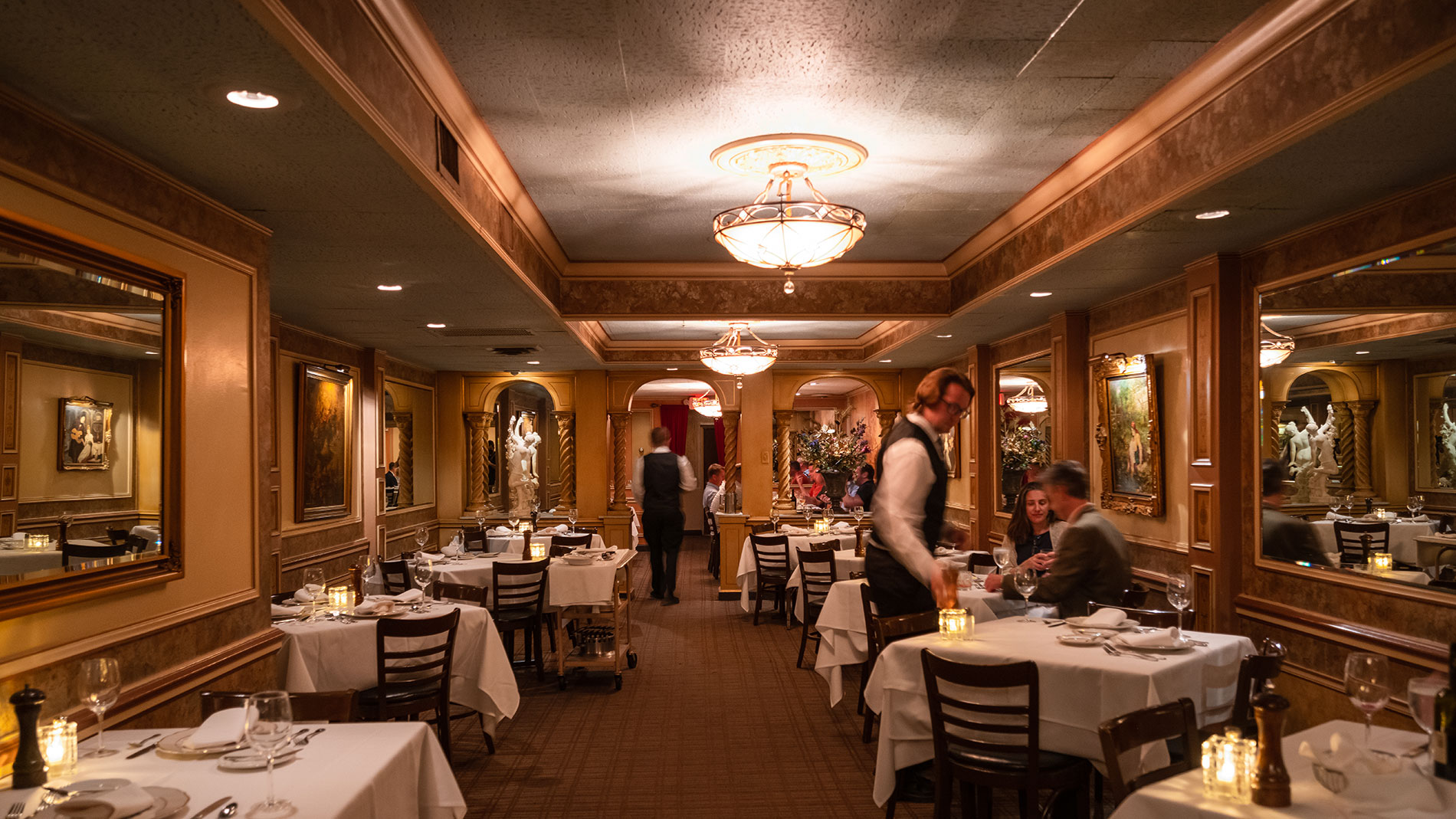 dominic's on the hill photo by david kovaluk

Dominic’s on the Hill is a St. Louis landmark

In 1971, hairdresser Jackie Galati was enjoying life in a “beautiful little house” in Ferguson, which she and her husband, Dominic Galati, had worked hard to save for. When Dominic told Jackie he wanted to buy Andreino’s, a restaurant on the Hill at Hereford Street and Wilson Avenue, there was just one catch. “In order for us to buy, we had to sell our house,” Dominic said.

“I almost divorced him,” Jackie laughed. They had been in their house for less than a year, after all. But she embraced Dominic’s vision, and Jackie would come to play a key front-of-house role, building warm relationships that would sustain Dominic’s on the Hill across the next half-century. She helped set the tone when customers first entered the restaurant, making them feel “welcome like you are in our home,” she explained. “And I think that’s how we developed a lot of our customers, by just being nice.”

Dominic was determined that his new Italian restaurant should retain the charm he and Jackie had enjoyed at Andreino’s, but he also wanted Dominic’s on the Hill to forge its own identity. Having held several front-of-house roles at Tony’s downtown, Dominic was influenced by the standards that were sacred at that St. Louis institution. The antipasti, pasta, meat and seafood entrees that Dominic, who was born in Sicily, developed with help from Jackie’s Sicilian parents charted a course that would see Dominic’s become a favorite on the Hill.

Dominic contrasts what Jackie calls “honest food” with the flourishes some chefs trade on. You won’t see radishes carved into floral shapes at Dominic’s, for example. “That doesn’t impress me,” he said. “A good cook is willing to learn and to put his whole heart into what he does. Those are the people I want to surround myself with.”

The Galatis made updates to Dominic’s incrementally and only as the restaurant’s success allowed them. “We needed to make money first,” Jackie said. The restaurant they bought was a smaller place than Dominic’s on the Hill is today. They expanded the dining room and scaled up the decor, crafting a stately space that nods to an earlier era with white tablecloths and walls adorned with paintings in ornate frames.

Any long-running restaurant is shaped by its environment: cultural shifts, demographics, economics, trends, mood swings. In the early days, the staff at Dominic’s was almost entirely of Italian descent. Servers would ramp up diners’ anticipation by warming and plating dishes tableside. Those days, however, are long gone at Dominic’s, as in most places; simply staffing a restaurant these days is hard enough. These are also less hedonistic, free-wheeling times – the days of customers jostling for elbow room at the bar, the air thick with cigarette smoke, are a distant memory as well.

In 1994, Conde Nast Traveler hailed Dominic’s as one of the two finest Italian restaurants in the United States. More recently, the restaurant received an award from the city of St. Louis acknowledging its 50th anniversary. Awards are nice, but that kind of recognition can be fickle and doesn’t keep the lights on. That’s why 50 years on, Dominic and Jackie Galati keep coming to work with a mindset that defies fashions, resists compromise and rails against phonies (a word Dominic uses frequently). “We want to give guests an experience,” Dominic said. “That doesn’t change.”

If you’re lucky, that experience might even include a song from Dominic, who has been known to serenade guests celebrating a special occasion. “They love it – especially the women,” said Jackie. Dominic is reluctant to call himself a singer but admits, with a twinkle in his eye, “I’m still having fun.”