Heaven Scent Bakery recently announced on Facebook that it will close its location at 1133 Bryan Road in O’Fallon, Missouri, on Sept. 30. The bakery, owned by sisters Janet Colner and Linda Day, is known for its doughnuts, cakes and other treats, which are bringing many fans in for a final taste.

Heaven Scent Bakery first opened its doors in 1995 serving its classic doughnuts and has been evolving and growing the menu ever since to offer cookies, cakes and other desserts. The bakery moved three times before settling in its current location, though they have always remained in O’Fallon. Now, after 27 years of owning the bakery, Colner and her sister have decided to close it, due to an increased cost of goods and a limited workforce. “You can only do so much when you keep running 13 to 15 employees short,” said Colner. “It’s crazy.”

Despite the limited workers available, there are still employees loyal to Heaven Scent that have been there for years. “I’ve got some bakers that have been with me 25 of my 27 years and a decorator that's been with me 20 of my 27 years,” said Colner. “That's hard to come by – that kind of loyalty. And they do good work, great work.” Colner said none of her employees have left yet and are staying with the bakery until the end.

Colner and Day wanted to open a place to bake things that make people happy. “When people walk in the front doors of Heaven Scent, they're happy because they're here to get goodies,” said Colner.

“I just want everyone to remember all the treats … we have always done things the old-fashioned way – hand rolled, hand cut, hand fried, hand finished.”

The doughnuts that brought people in at the beginning of the bakery now bring them in at the end. There are many days that the bakery sells out of their popular long johns, apple fritters and other pastries. “The response has been crazy. Every day, no matter if we make more doughnuts the next day, we still sell out,” said Colner. “It’s just phenomenal.”

Colner and Day will retire after the bakery closes and are sad to see it go and want to thank the loyal customers that still come back. “We appreciate each and every one of them and we could in no way have done it without them, that's for sure. The support is just overwhelming,” said Colner. “I just want to thank everybody for being so loyal and great customers.”

Updates on product availability can be found on the Heaven Scent Bakery Facebook page. 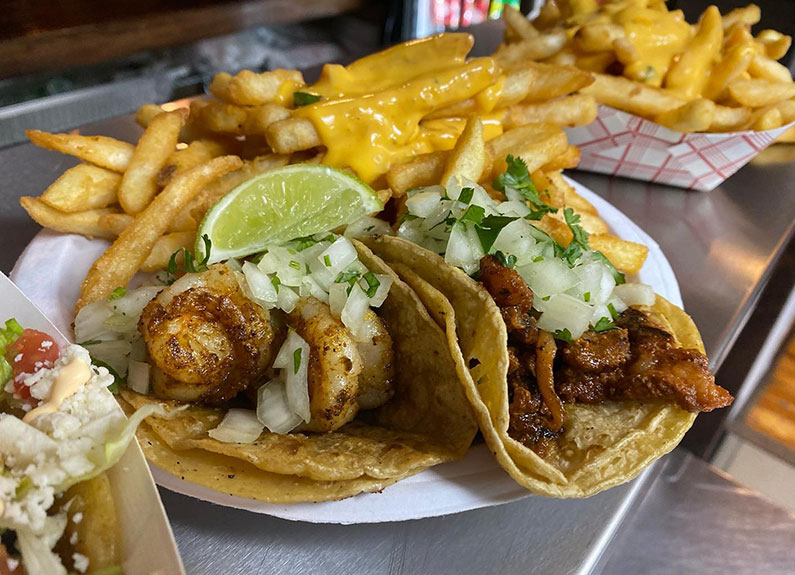 The Locoz Tacoz food truck is bringing its authentic taqueria concept to a storefront at 7374 ...