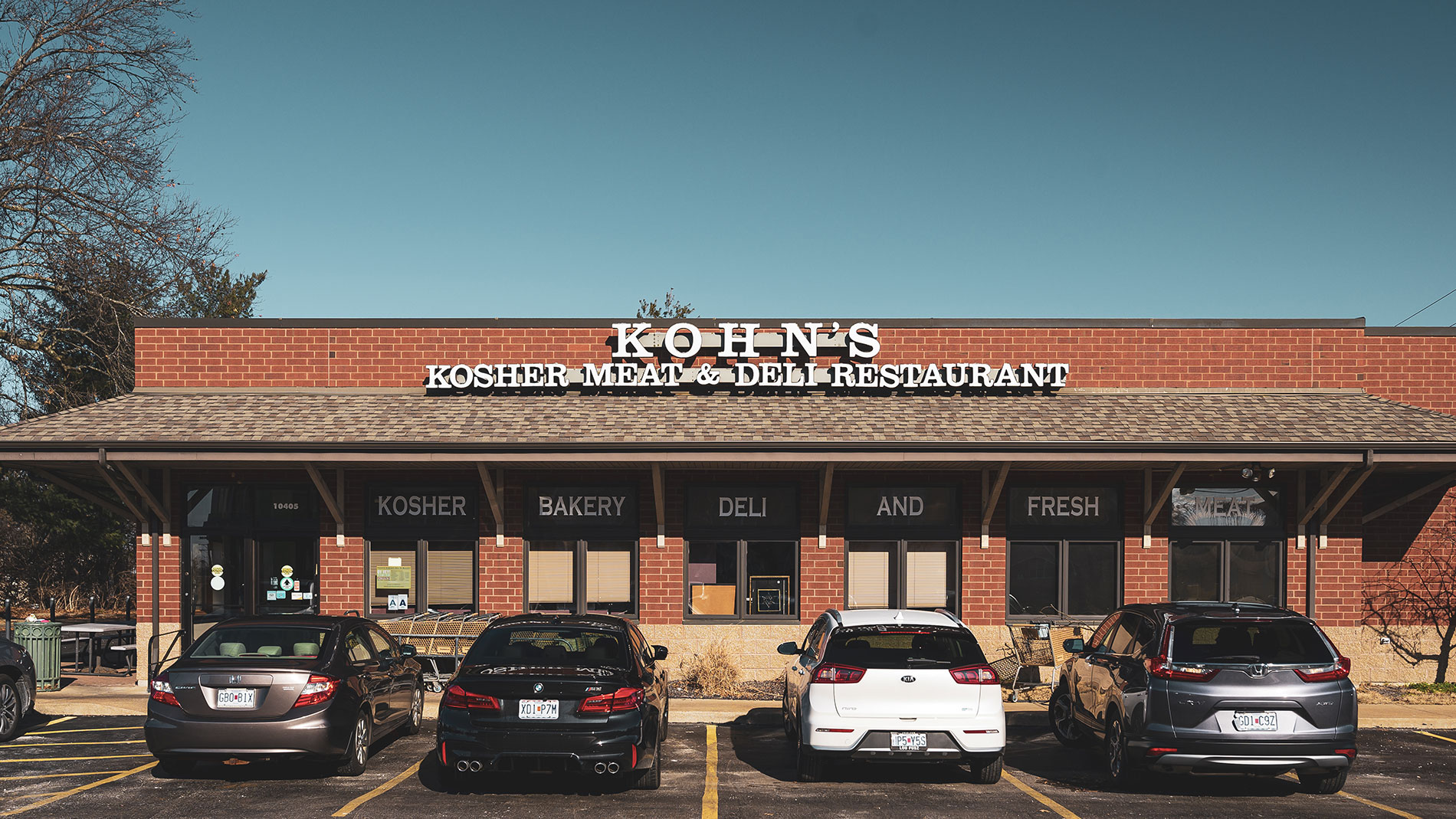 The search for a buyer for Kohn’s Kosher Meat & Deli Restaurant (10405 Old Olive Street Road) is over, months after it was put up for sale by former owners Lenny Kohn and Rosemary Kohn Cooper. Lenny and Rosemary’s parents, Simon and Bobbi Kohn, opened the business in 1963. The future of the Creve Coeur-based kosher market is now secure, with a new ownership team on board.

A.J. Moll is now in charge of day-to-day operations, as well as being a minority partner in the new ownership group. Moll’s background includes experience as a lead cook, as well as serving as chef-manager and food service director during 15 years working at Schnucks that included stints in the deli department as well as on the team that remodeled and opened new stores.

The majority interest is held by two silent partners based on the East Coast. Moll said his East Coast partners became enthusiastic Kohn’s customers during the pandemic, when their regular kosher stores were closed for extended periods. “If you’re a kosher-keeping Jew, you still need kosher meat, what are you going to do?” Moll said. “So they started shipping in, and Kohn’s actually saw maybe even an increase in business. These guys said, ‘Wow, this meat from St. Louis is even better than what we’re getting.’ So when it went public for sale, they found out about it and started looking into it.”

Although Kohn’s is perhaps most famous for its pastrami, Moll is quick to remind us that the market is so much more than a deli. “It’s fronted up like a deli and people are excited about pastrami, but we’ve got a full-service butcher, a full-service baker, we’ve got a catering department, and we ship meat – we’ve got meat flying out the door going across the country.”

Kohn’s customer base extends far beyond the Jewish community – Moll said around 90 percent of the store’s business is non-Jewish. However, it’s worth noting Kohn’s particular significance to Jewish St. Louisans who keep kosher. “We’re the only Vaad-certified kosher meat deli restaurant in St. Louis,” Moll said. “It would have been a huge loss to the Jewish community had it just gone away.”

Moll said he wants to enhance Kohn’s ability to serve the community. One way he intends to do that is by extending the store’s opening hours to 7 p.m. “That’s going to take probably six months,” he said, citing current staffing levels as one obstacle to achieving the goal. More immediate changes will include necessary upgrades to the building and equipment. “Our customers won’t see it, but our employees should feel really good about having the tools they need,” Moll said.

In the future, Moll said he’d like to introduce more self-serve options and to-go meals. Since joining Kohn’s last year, executive chef Jon Rubin has used his background as a pitmaster to introduce items like smoked brisket and smoked chicken, and Moll said these are the kind of additions that can build on Kohn’s already successful formula. “He’s got a following,” Moll said. “I didn’t hire him for the job but I’ve known him for years. When I go to parties he’s usually catering, and when he’s coming to parties, I’m catering. Now we work together. He’s amazing.”

One thing Moll is emphatic about is that Kohn’s current offerings will remain unchanged. Many of the recipes used at Kohn’s belong to former owner Lenny Kohn’s mother, and Moll said he has no intention of tweaking what already works perfectly well. “We are not changing Mrs. Kohn’s recipes,” he said. “The only thing we would do is we would add on to the menu … we’re never going to take potato salad off, we’re never going to take the pickles or change the pastrami or the corned beef or anything that’s iconic or classic. Who would do that?”