It may very well be illegal to get a fish drunk in Ohio.

OK, now that I have your attention …

The 21st Amendment ended the 13-year nightmare of Prohibition on Dec. 5, 1933. At that time, nearly all authority for regulating the beverage alcohol industry was given to the states. It was once again legal to enjoy these wonderful libations, but many states and municipalities made obtaining these “nationally legal” products difficult, and occasionally
even impossible.

Many of the resulting quirky regulations stayed on the books for decades, and a review of the more unusual ones makes for entertaining reading. Some liquor laws are downright wacky – probably the most famous of these is one in Ohio that outlawed serving liquor to a fish, but not if the fish was drunk. Although, whether it’s drunk or sober, it’s been illegal to serve liquor to a moose in Fairbanks, Alaska.

Others are head-scratchers. If you sell alcohol at a gas station in California, for example, you must have no alcohol displayed within 5 feet of the cash register – unless it is in a permanent cooler. In North Dakota, you supposedly cannot serve beer with pretzels.

Some of the most outrageous laws are those that mandate state-controlled and -owned liquor stores, which are still solidly part of the American bureaucracy in over a dozen states. The Pennsylvania Liquor Control Board, for example, operates one of the largest purchasers of alcoholic beverages in the U.S. The multimillion-dollar monopoly even requires restaurants to buy from the state-owned stores. The downside of state stores is a total lack of competition, in sales or service.

Nationally, wine labeling is overseen by the Alcohol and Tobacco Tax and Trade Bureau; every wine label design must be submitted for approval before being placed on a bottle. For the most part, the label is checked for accuracy of vintage, grape variety, alcohol content, etc. But there is also a restriction on label design to shield us from anything suggestive or remotely “naughty.”

My favorite label story involves Jan Shrem, owner of the Napa winery Clos Pegase. Shrem is an avid art collector; one of his favorite paintings is Bedecked Nude by Jean Dubuffet, which is a very modernized male nude. When Shrem wanted to use the painting on the label of his 1988 Cabernet Sauvignon Hommage, the label was denied approval. Shrem cropped the painting to waist level and approval was granted. This actually made the wine much more famous than it would have been as simply a bottle of great Napa Cab.

Missouri has had a few of its own wacky liquor laws. In St. Louis, for instance, it’s said you can’t legally sit on a street curb and drink beer from a bucket; rumor also has it that it’s illegal for a person under age 21 to handle household trash with even one empty alcohol beverage container in it. But overall, Missouri has some of the most industry- and consumer-friendly liquor regulations in the entire nation. One of the few restrictions is the price-posting law, which mandates that all retail stores and restaurants pay the same wholesale cost. While this does prevent the giant retailers from driving the small local liquor stores out of business by buying large quantities at significant discounts, it also artificially keeps wholesale (and retail) prices higher. There are monthly pricing specials, but they must be available to all licensees.

The Missouri law that I would love to see changed is the restriction on buying private wine collections. There is essentially no way to obtain older and rare wines from personal cellars in our state, whether for personal use or resale. This severely limits the ability of local restaurants to build their wine lists.

At least we can share a glass of wine with a trout – white wine, of course. 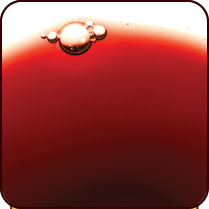