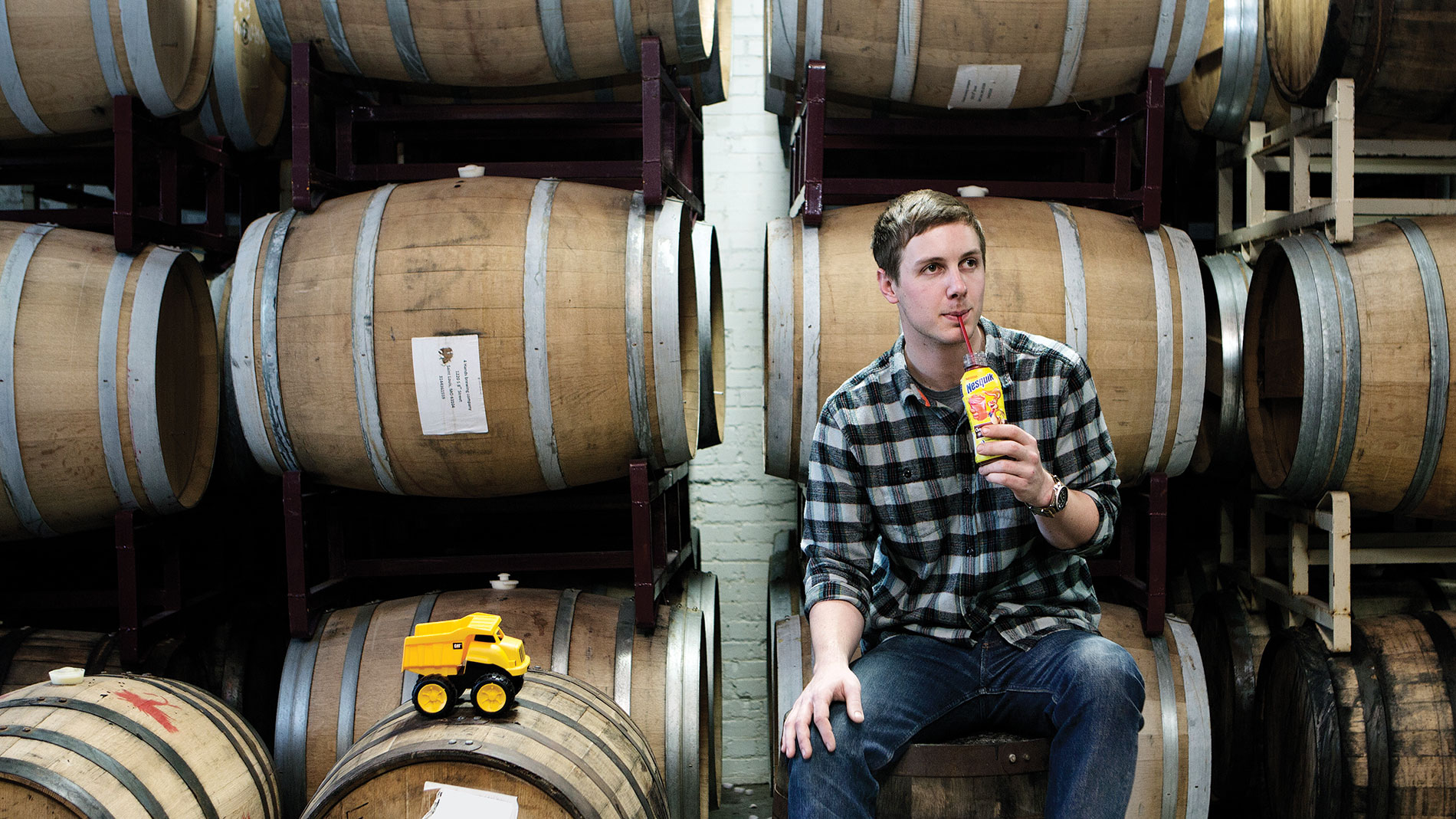 Why Watch Him: His Chocolate Milk Stout is 4 Hands’ best-selling seasonal to date – and his first brew.
Age: 25

Call it a case of “right place, right time.” In 2011, Kevin Lemp was assembling a team to launch 4 Hands Brewing Co., just as Martin Toft, recent beer-school grad, was hunting for a job. Toft, who cut his teeth at Six Row Brewing Co., and Schlafly, was hired as 4 Hands’ assistant brewer. Two years later, he debuted his first beer – a thick, coffee-laced number made with a whopping 2 pounds of cocoa nibs per barrel. Here, 4 Hands’ golden boy tells the story of his stout.

Hooked
The first time I home-brewed a batch of beer, it was horrible, a terrible beer … but I think for my roommate and I, we were brewing together; it clicked for us. Even though this beer was awful, we made beer.

In on the ground floor
We had to rebuild [4 Hands’] bottling line. We bought a used piece of equipment and myself and one other guy … we sat down and rebuilt an incredibly complex piece of machinery from the ground up, rerunning pneumatic lines, installing pistons, working with electrical, dealing with conveyors. We really had no clue what we were doing.

Got Milk?
I’d never actually brewed a milk stout on my own before. When the moment came to brew the beer, I think I already had a good idea of what I wanted it to be. I’ve always had one in the back of my head, shaping and coming together. I like the sweetness, the mouth feel, the body of a milk stout – something about the complexity that coffee or cocoa nibs would give it was really appealing, and I thought the two of them would play really well together and be a nice, rich, complex winter beer. I think it only took me about two test batches before we hit exactly what we wanted.

Stepping Up
I was a little bit unsure doing my first full-scale batch. It was definitely something I was nervous about, but seeing how well it did on the market – that made me a lot more confident in what we were doing here at the brewery and what I was doing as a brewer.

Letting Go
I think most brewers will tell you that you never really take your hands off any brew that you’ve designed. Every time you taste that beer from then on out, you’re thinking, is this perfect? Could I change it a little bit? I think anybody who works in any field where they create something … that’s always going to be their baby, and they’re always going to be thinking, is there something I can do to make this a little better? But that’s part of producing good beers – we’re never really satisfied with them.