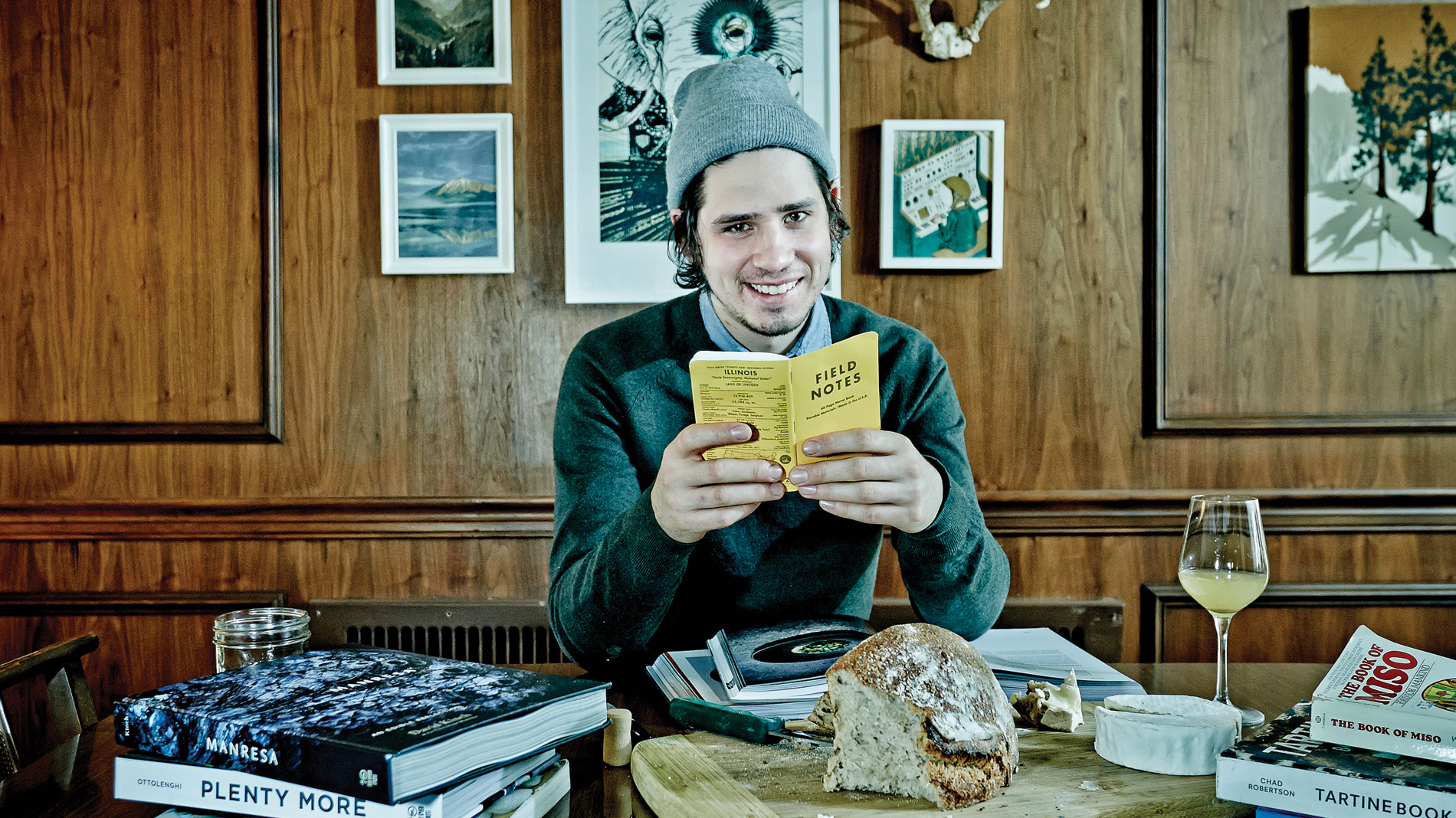 Ones to Watch 2015: Brian Lagerstrom

Age: 27
Why Watch Him: He concocts Missouri-sourced fare with a passion that borders on obsession.

“If something’s not available, well, I have to make it,” Brian Lagerstrom will tell you. Indeed, the narrative of his nearly two years in St. Louis reads like Choose Your Own Adventure meets America’s Test Kitchen. Our hero is the sous chef of Niche, but in his spare time, he dives head first into his projects. They range from homemade breads to aged cheeses to esoteric ingredients, all of which Lagerstrom curates, ferments or magicks out of Missouri produce. His trusty sidekicks are his Evernote app – which contains his research data on every batch and outcome – yellowed recipe books and informational YouTube videos.

In Niche’s test kitchen, Lagerstrom bases his experiments on whatever regional raw ingredients he can find. Koji, the fermented Missouri rice he has used to make soy sauce, sake and miso from scratch, percolates in vats in a corner. Across the room, a constant rotation of local vidal blanc and Norton wines and wild apple cider, all destined to become vinegar, have been fermenting for weeks. Nearby, fish sauce – inspired by Copenhagen’s Nordic Food Lab but using Missouri trout – fermented for two months before graduating to the regular menu.

Several of his projects, including the bread, cheese, vinegar and miso, are fixtures at Niche. Others, such as trout roe caviar, appear when the ingredients are in season. “The ingredients come first,” he said. “They’re what give me that spark of creativity.”

That’s not hard to believe – in Lagerstrom’s Choose Your Own Adventure, he’s his own author, and there’s always another new chapter.