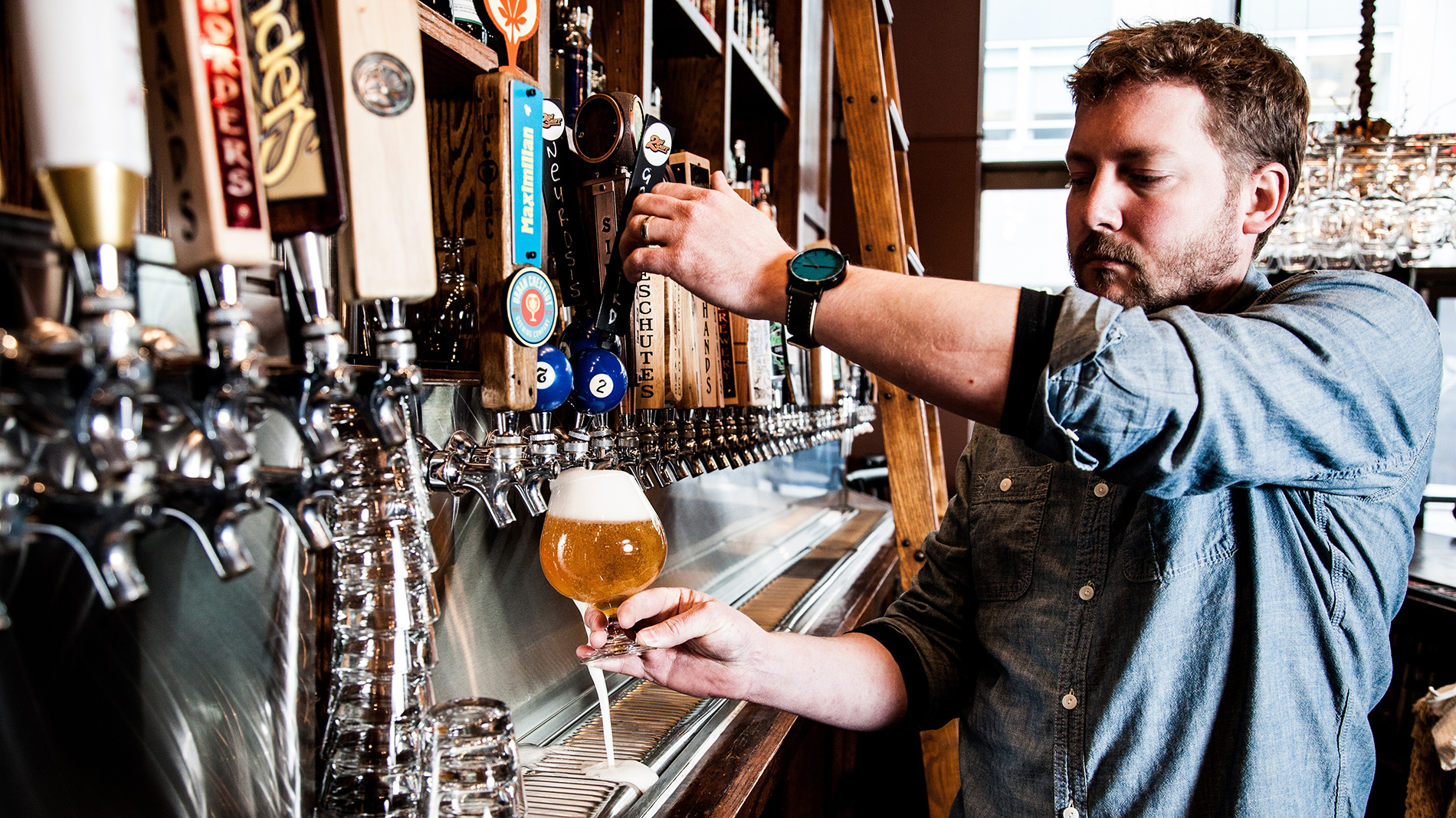 Steady as she gose

Sour skeptics don’t need to slink out of the room when beer buddies rave about a pour that smells like a ripe gym sock. Instead, they can grab a gose (pronounced GOHZ’-uh) and join the conversation. Anyone can wax poetic about the complex, bright acidity and joyful effervescence of a lactic acid-laced brew.

“It’s a gateway sour,” explained Andy Hille, certified cicerone and Perennial Artisan Ales brewer. “Rather than being abrupt, goses have other elements like salt and citrus that bridge the gap. If you don’t like sour beers, maybe you haven’t had the right one.”

The salt in gose beers is nothing like your grandfather shaking table salt into his Schlitz to offset the beer’s, um, distinctive flavor. Dating back to gose’s 18th-century German origins, salt is combined with ground coriander to provide a unique platform on which to build and balance other flavors.

While gose can have flavors that range from tart and juicy to direct and twangy, the brew should come together and finish with a mild but detectable salinity. This profile, combined with the beer’s bright sunny color, abundance of bubbles and relatively low alcohol content make it a perfect warm weather slammer. “It’s like a brewer’s Gatorade,” Hille said. “It’s got a low ABV and a salty, refreshing aspect with tartness.”

Perennial’s gose, Suburban Beverage, starts with a wheat beer base and the traditional salt, but takes a decidedly logical exit to Margaritaville with the use of orange and lemon peel and Key lime juice. But it’s more approachable (and safer) than the tequila-based cocktail at 4.2-percent ABV.

4 Hands Brewing Co. also got in on gose in 2015 when it collaborated with two Kansas City restaurants for its Preserved Lemon Gose. It’s a natural combination: “Preserved lemons and gose both involve salt,” said 4 Hands owner Kevin Lemp.

Both 4 Hands and Perennial plan to re-release their goses in mid- to late-summer 2016. If curiosity or good old-fashioned peer pressure from sour-fanatics necessitates you pop a bottle sooner, stop by any of Dave Bailey’s restaurants (Rooster, Small Batch, Baileys’ Chocolate Bar, Baileys’ Range or Bridge) and ask for Green Bird, a gose brewed by 2nd Shift Brewing especially for the restaurant group. “We wanted to do something for them that went well with their food,” said 2nd Shift’s Libby Crider. Green Bird’s light and lemony brew is a tart sip with citrus flavors complemented by the traditional coriander and salt. Given the increasing popularity of session beers and sours, it’s no surprise that interest in gose is rising as fast as bubbles after a pour.