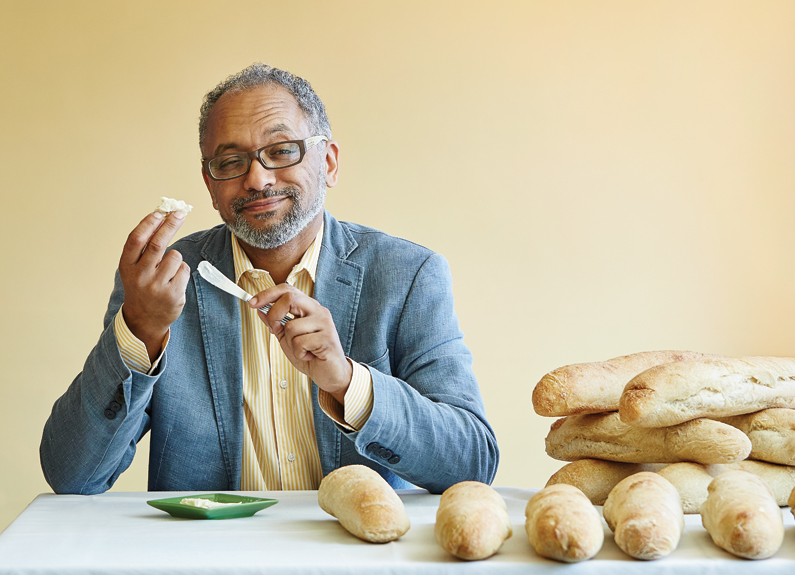 What I Do: Mengesha Yohannes of Bar Italia

When Mengesha Yohannes left his native Ethiopia at 18 to attend Saint Louis University, he couldn’t have guessed that in five years he’d go from customer to co-owner of Bar Italia. More than 30 years later, Yohannes remains a guiding light at his ever-evolving Italian restaurant that has become an anchor in the Central West End.

Where was your first restaurant job?
At The Parkmoor. I did everything from dishwashing to bussing and waiting tables. I learned all about American food. ... Because of my Parkmoor experience, I have an affinity for down-home American things. They used to have a hot dog with various things and a strip of bacon on it called The Pedigree. Fried chicken was something that they took seriously. The brisket they did on Sundays – there was a certain reverence there.

Tell me about Bar Italia’s early days.
It was an espresso place. Instantly, every Ethiopian person was there. It was desserts, espresso and a small selection of wine. Food took over slowly.

Why did the menu expand?
We got a Sears four-burner electric stove and a small convection oven. Tortellini and mussels were the first hot things.

Did you eat Italian food as a kid?
If you’re middle or upper class (in Ethiopia), Italian cuisine is part of what you grow up with. There are Italians who lived and worked there. To this day, you can get pasta with tomato sauce or tomato-meat sauce anywhere in Ethiopia.

How have you responded to changes at Bar Italia in its 32-year history?
There’s a core set of things that don’t change because they don’t need to change. There’s no reason to dispose of tortellini with cream sauce when it makes so many people happy. Other stuff periodically gets refreshed. The first 10 years, there wasn’t any big piece of meat of any kind. Now we’ve got Black Angus steaks, and we go through a lot of them. ... I’ve wanted a fryer for a long time, but there wasn’t room in the kitchen. Now, because of the Spare No Rib influence next door, the fryer is in. I always wanted the frites option with the steaks, fritto misto seafood. ... It will further broaden the appeal.

What has the restaurant business taught you?
You have to be adjusting and reinventing all the time. You travel to other cities and see what’s going on. You visit the best places to see what their approach is. You can read about things, but actually being there is a different thing.

Where have you traveled lately?
Washington, DC. We spent the entire afternoon at Jaleo. One of the things I tried there that we’re going to use the fryer for is fried baby artichokes. Not battered, just seasoned and served with an olive tapenade.

What excites you about Bar Italia right now?
The wine list. Now that we have someone as focused and sharp as Brandon Kerne (Bar Italia beverage director), we went to a flavor and experience profile-based way of describing the wines. Wines by the glass are led by description like “Pinot grigio’s more colorful side.” The descriptions are playful, give a sense of what the wine is like and relate it to other things you might be familiar with. The wine itself is on the second line. It’s very unusual to have it done that way, but it’s more approachable.

What have you learned from working in the industry for so long?
One of my great pleasures is bread and butter. Really great bread and really great butter is hard to find. The idea that something dead simple can be great escapes a lot of younger chefs because the focus is on making your mark and making things your own. It’s hard to do if you feel like you have to cover the whole world’s cuisines.