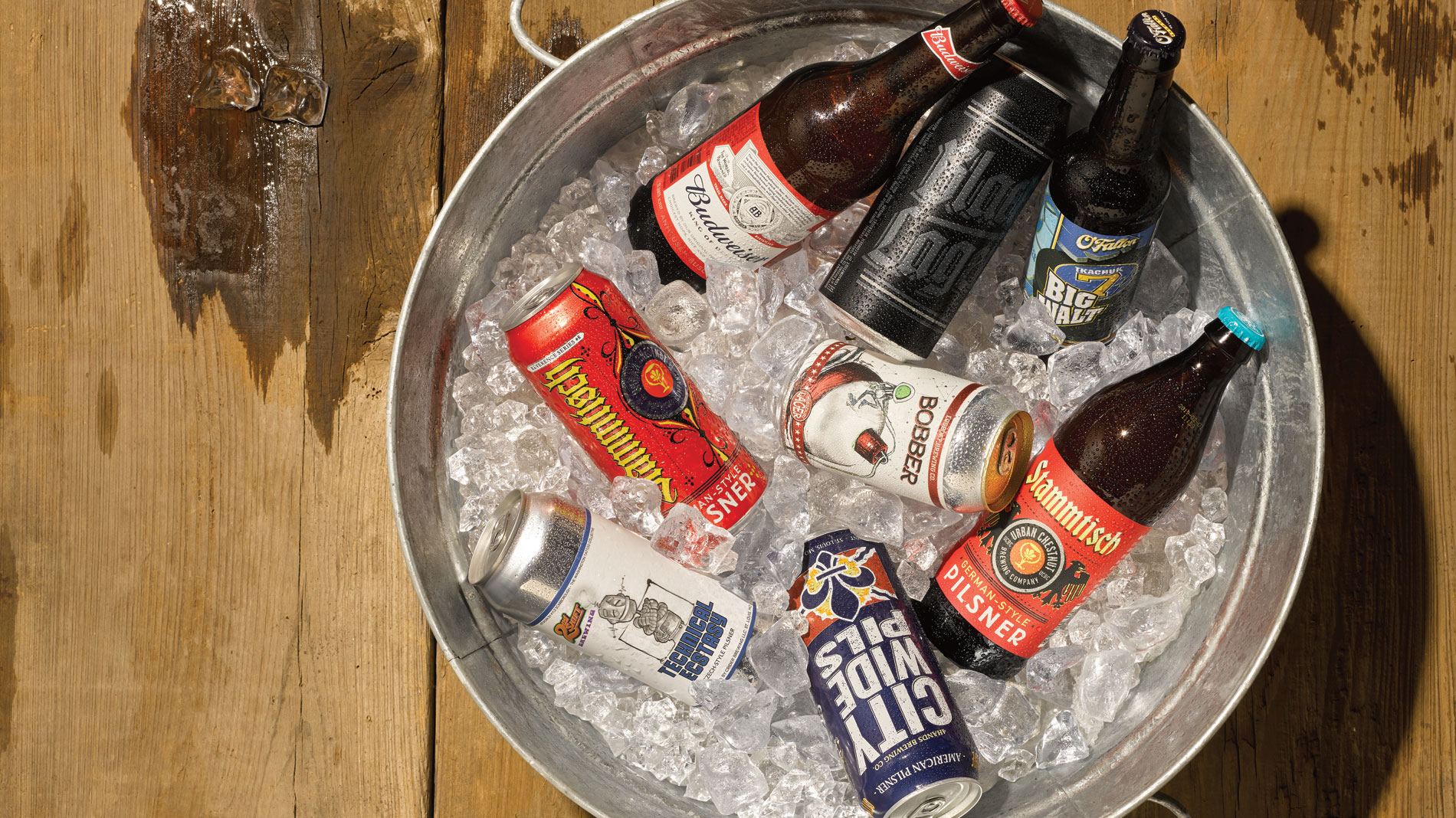 Lawnmower beers. Crushers. Patio pounders. Lagers have a reputation for being cheap, sessionable and often for being far from the “craft-ness” of styles like IPAs, sours and Imperial stouts. Easy to drink but hard to make, it takes a lot of skill to brew a good lager. Luckily, in the shadow of the biggest producer in the world (Anheuser-Busch InBev), there are a lot of breweries turning out superb local lagers.

1. Logboat Brewing Co. Bobber
Herbal and floral notes give Logboat’s Bobber a tremendous balance. This unfiltered lager is rich and flavorful, but still flows comfortably with a familiar texture.

2. O’Fallon Brewery Big Walt
O’Fallon’s Big Walt feels like a loving tribute to your classic macrobrew lager, but still has a bit of craft crispness. This golden-pouring iteration goes down like water.

3. Urban Chestnut Brewing Co. Stammtisch and Black Lager
St. Louis’ king of German styles, UCBC has a number of fine lagers. A couple favorites are the Stammtisch, a friendly, German-style Pilsner with a big, hoppy middle, and the Black Lager, a smooth, mildly bitter beer that bears notes of something roasted or baked.

4. 4 Hands Brewing Co. City Wide Pils
Skating a fine line between being crazily smooth and having an aggressive, malty vibe, this cloudy 4 Hands beer is endlessly drinkable and works any time of year.

5. 2nd Shift Brewing Technical Ecstasy
Named for owner’s beer-nerd satisfaction in making this difficult-to-brew beer (and also for the Black Sabbath album), 2nd Shift's Technical Ecstasy is a magical lager. It has a robust, big base equally pleasant when sipped in a tasting room or slammed during the big game.

6. Anheuser-Busch Budweiser
There’s no getting around it: A-B Budweiser is one of the highest-selling beers in the world for good reason. Even craft brewers get behind Budweiser. It’s made with delicate yeast, beechwood chips and multiple fermentations. Turn up your nose if you like, but we’ll ride for it.

All beers are widely available at local bottle shops.