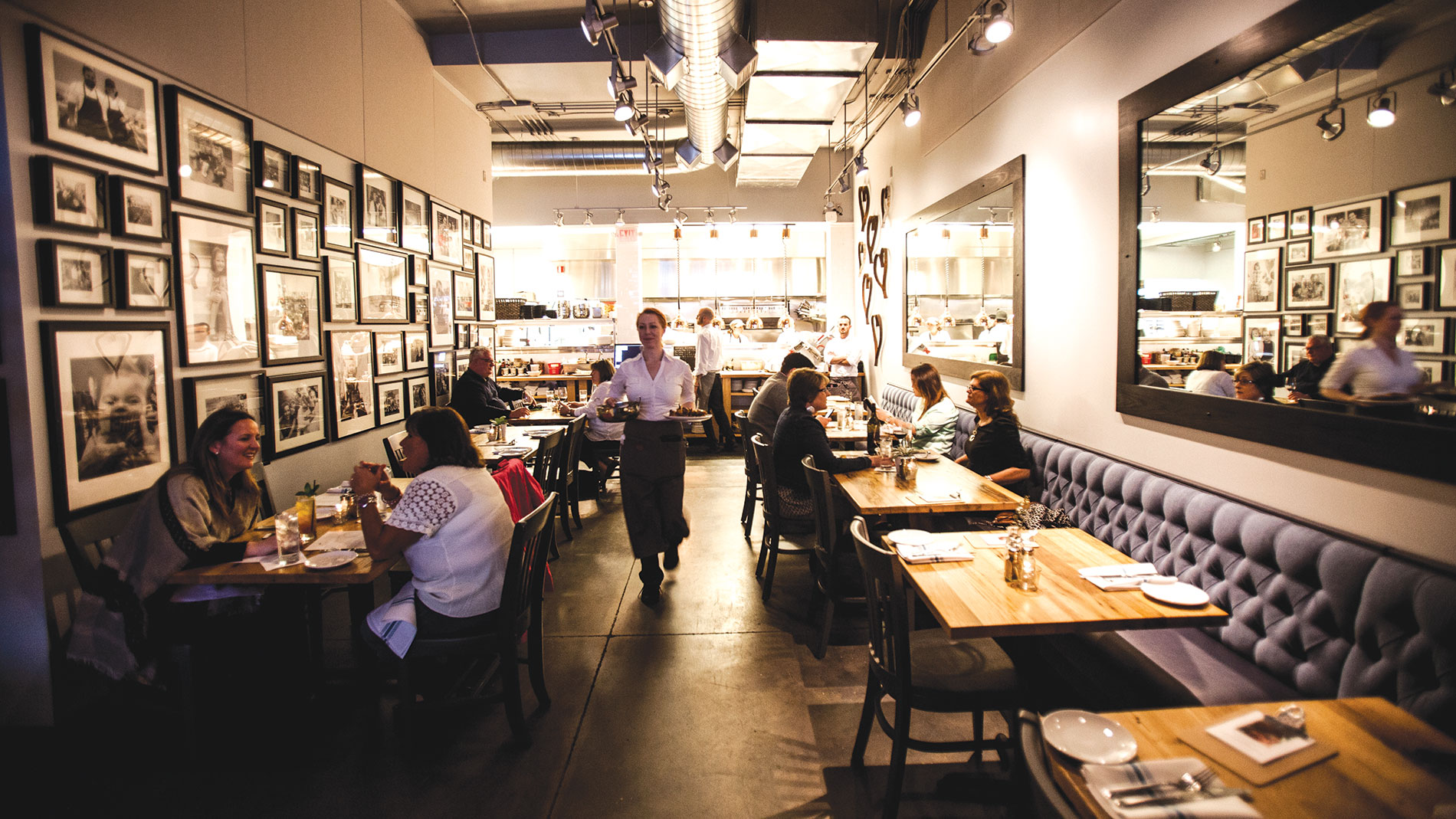 olive + oak will move from 102 w. lockwood ave. to a larger space in webster groves. photo by jonathan gayman

Olive + Oak owner Mark Hinkle has shed more light on his plans for the property at 216 W. Lockwood Ave. in Webster Groves, which he purchased in December 2018.

As reported by St. Louis Magazine, Olive + Oak will open in the new space in late March or early April, accompanied by a new Perennial Artisan Ales brewpub.

“We purchased the building when it became available. Initially, we had very different plans – we didn’t intend to move Olive + Oak, but the more we got into it, it made sense,” said Hinkle, who originally intended to open just an event space in the more than 20,000-square-foot former auto body shop. “It’s such a cool project and such a cool building.”

The new restaurant will have a similar dining model with around 85 seats inside, not including a bar double the size of the original. Additionally, Olive + Oak will have a larger patio with the capacity to seat about 40.

Jesse Mendica will remain executive chef and partner, and Hinkle doesn't expect any major changes to the menu.

A brand-new Perennial Artisan Ales brewpub will also occupy the building, complete with another full-service restaurant, all the original brews from the flagship brewery and original small-batch beers.

“We love their brand and their beer,” Hinkle said. “We think it’s a great food beer, too, so we’re excited about playing around with our food and their beers.”


Two event spaces will round out 216 W. Lockwood Ave.: a larger, sit-down space with room for 200, and a smaller, more casual space. Hinkle said there will also be a few small board rooms and a private dining room at Olive + Oak for groups of 30 to 40.

In Olive + Oak’s old space at 102 W. Lockwood Ave., a new concept will rise. Hinkle will open an unnamed Italian concept under the direction of The Clover and the Bee executive chef Mike Risk. Hinkle said that restaurant will essentially port over the dinner program from the The Clover and the Bee.

“We’ll have a little bit more room, the kitchen facilities and space to expand on [The Clover and the Bee]. Fresh pasta. We’re making everything from scratch,” Hinkle said. “We’re adding a pizza component, which is an exciting addition for us.”

As for The Clover and the Bee itself, Hinkle intends to expand the lunch menu into the early evening, continuing the Italian-inspired cafe concept that’s been open for the past two years.