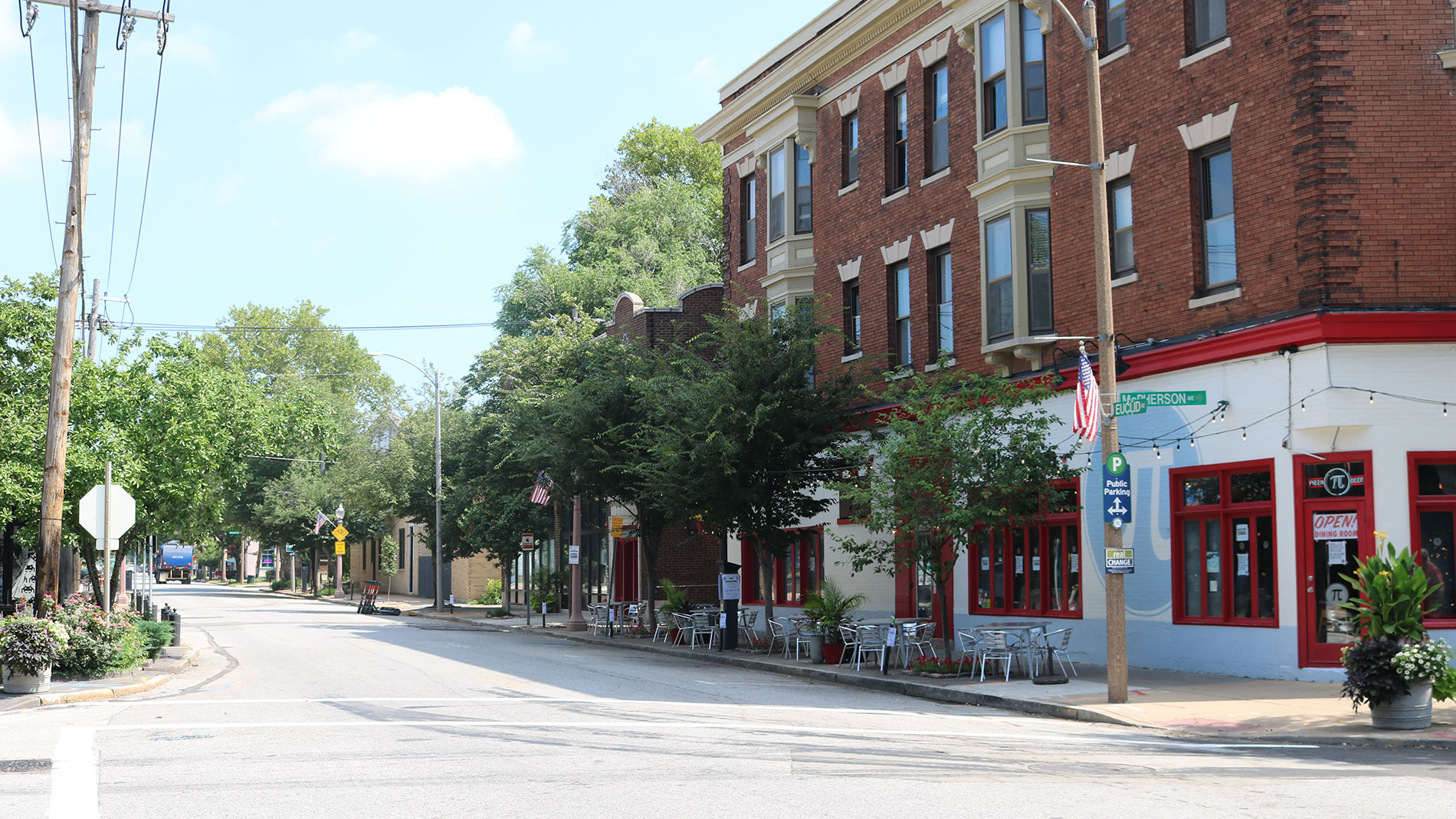 Beginning today, Friday, July 24, the Central West End will shut off traffic through two separate sections of Euclid Avenue to provide additional outdoor seating for several local restaurants. From 5 to 10 p.m. on Fridays and Saturdays, Euclid Avenue will be closed at McPherson Avenue — from the alley immediately north to the alley immediately south — and between Maryland Avenue and Carriage Lane.

The Central West End North Community Improvement District (CID) set about the project to improve business by offering a safer dining option, and public safety is at the forefront of the setup. “We're really stressing that people abide by public health guidelines,” said Erica Lembo, marketing and communication coordinator for the CWE North CID. “Tables will be spread out at safe distances and restaurants will have people making sure people are socially distancing and wearing masks when they aren't at the tables, and we are bringing in extra hand sanitizer stations.”

Throughout St. Louis, neighborhoods and restaurants are taking similar action. In Clayton, restaurants have been allowed to apply for dining spaces in former parking spaces, protected by traffic barricades. Little Fox Summer will serve a dining space on a former parking lot and neighboring lawn. And Al Fresco at the MX turns Sixth Street into an open-air dining space between Locust Street and Washington Avenue.

According to Lembo, restaurants were quick to jump on board when the idea was pitched, and the project materialized rapidly. “The city was really great in working with us, the alderwoman (Heather Navarro) was very helpful, and the turnaround on the project was very quick.”

The participating restaurants have freedom in deciding whether they will offer full-service street dining or use the space as open-air carryout seating. Ranoush co-owner Ahmad Hameed said that they will be offering full-service dining. “We're basically moving our indoor dining service outside," he said. "There will be servers outside, and we will have bussers cleaning up tables.”

Hameed is excited about the possibilities for local businesses. “The idea itself is really good. People don't want to come inside because they don't feel safe, but now they'll be able to come and be safe and support small businesses, and that's what it's about.”

Restaurants will enforce a strict closure of the street dining space at 10 p.m. so the street can be reopened to traffic at 10:30 p.m.

The former bar Ryder’s Tavern at 4123 Chippewa St. in St. Louis has been rebranded into ...

The Angad Arts Hotel​ in St. Louis recently announced that chef Matthew Birkenmeier has taken over ...

After the year we’ve had, we don’t need to explain the magical ...

While the pandemic brought fundamental changes and limitations to the way we ...