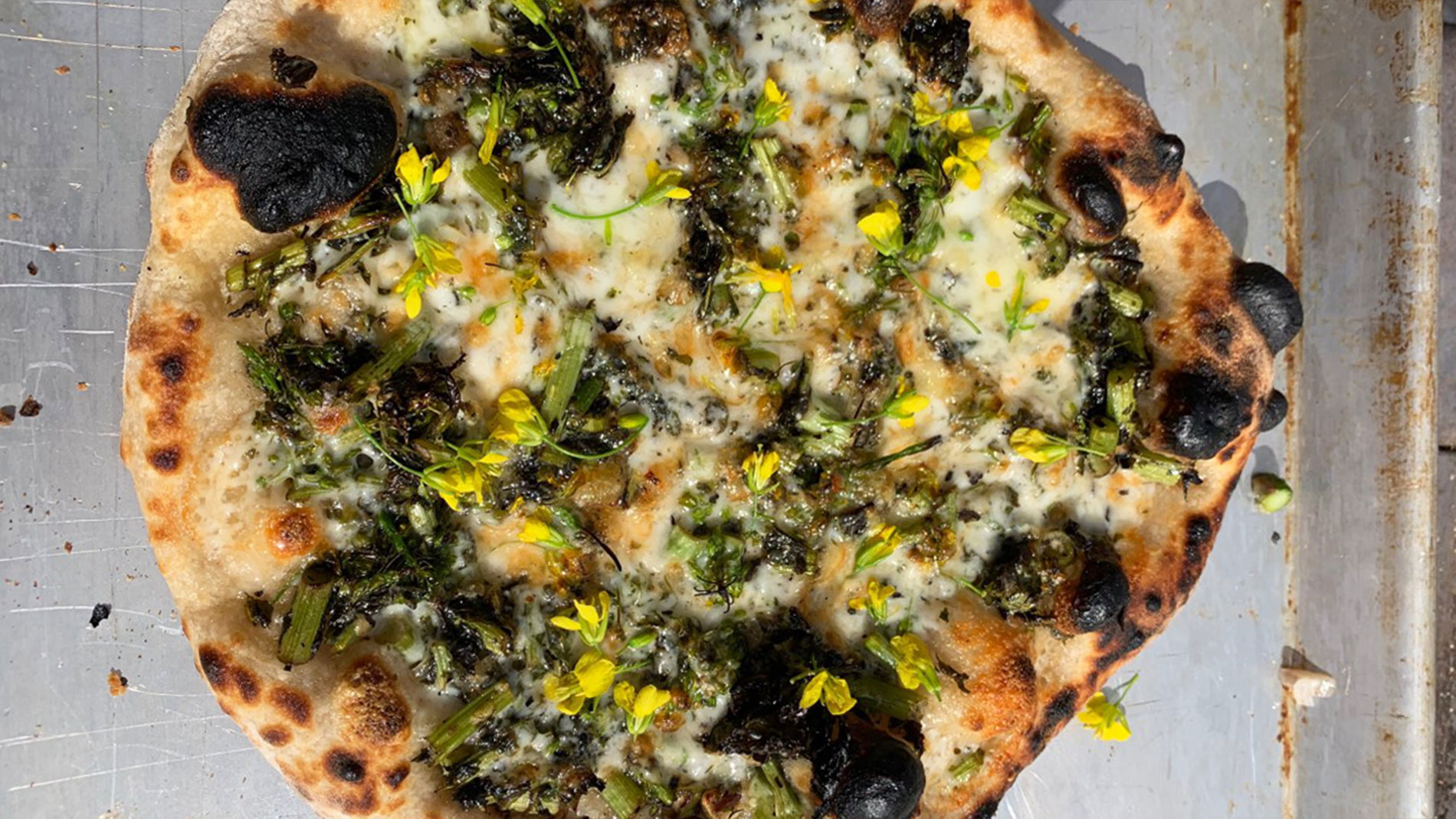 Pizzeria da Gloria will open this fall on the Hill

South City pizza lovers will soon have a new spot to be stoked about when Pizzeria da Gloria opens next month at 2024 Marconi Ave. on the Hill. The pizzeria will be the first brick-and-mortar from local pizzaiolo Joe Kurowski.

Kurowski has a long history in pizza, from in-home pop-ups to stints working in New York City and Naples, Italy. “Initially, I worked at this place called Fornino in Brooklyn, just mixing and balling dough,” he said. “And we made bread in the morning. After that, I went to Naples.”

Booking a one-way ticket for a friend’s wedding, Kurowski arrived in Italy set on finding somewhere to work and learn. “Everyone said it’s impossible to get a work permit, nobody will let you do a stage,” he said. But in Naples, he found the place he wanted to work, so he begged numerous people there for a spot, eventually working his way up to chat with the head pizzaiolo. They gave him a month-long gig. After that, it was some work in Sicily, and then back to New York.

“Danny Meyer’s pizzeria was hiring, so I got a job there,” Kurowski explained. “That was fine dining, though, and everyone was speaking French. That wasn’t my style. I went to work with the guys who put Roberta’s on the map.” After working at a few other spots in Brooklyn, he returned to St. Louis to look for a place of his own. After an extended search for the right spot, he found a place on the Hill.

“I love the fact that it's an Italian community, and I want to have a neighborhood restaurant. And it has a sick patio,” he said.

Kurowski’s pizza uses naturally leavened dough and house-made mozzarella. “We’re gonna have the classic staples, like pepperoni, that you would expect. We also want to do some seasonal pizzas,” he said, adding that he aims to do a stracciatella pizza and an eggplant pizza with olive oil, garlic and chili peppers.

The pizzas will be made on a Pavesi oven from Modena, which Kurowski says are pretty rare in this part of the world. “I’m pretty confident nobody in St. Louis has one,” he said. “All wood, no gas. The defining feature of it is that the oven floor is one single stone, so it maintains a more even heat. Cooking on it is so smooth – it’s a real joy to cook on one.”

Pizzeria da Gloria will have a bar program based around beer and wine. “Beer’s going to be very local, since we obviously have so many good breweries here,” Kurowski said. “I also have an affinity for Busch, so we’re going to have that, too.” He added that they’ll also have some Italian craft beers. As for wine, Kurowski predicts they’ll have predominantly natural wines. “Approachable, minimal intervention, smaller produced. As far as wine pairings, it’s going to be wine that pairs well with pizza.”

Regarding the restaurant’s name, it’s not referencing what most St. Louisans may think. “I picked the name a couple years ago, after my grandma, Gloria, passed away,” Kurowski said. “Way before the Blues started their epic season.”

Pizzeria da Gloria will likely open in mid-October, but the exact date is uncertain. It will initially only be open for carryout and delivery, with days and hours of operation still in development.