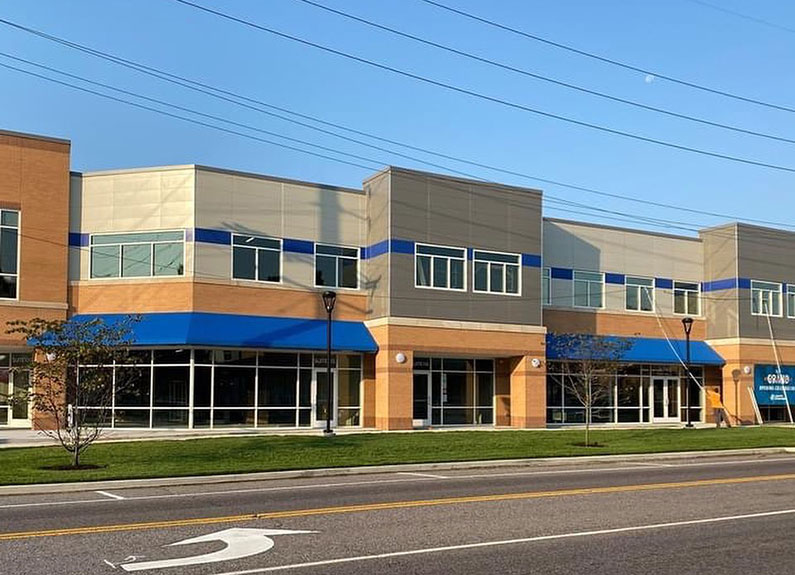 As part of Beyond Housing's continued investment in Pagedale Town Center, Carter Commons opened at the intersection of Page Ave. and Ferguson Ave. on July 31. Central to the development is a food court including three restaurants.

Chris Krehmeyer, president and CEO of Beyond Housing, explained that the community development organization's focus on restaurants with the Pagedale project stemmed from neighborhood demand. “The most important point for us was that this be what the community asked for,” Krehmeyer said.

Marlon Austin, co-owner of Three Vegan Brothers, said he was approached by Beyond Housing back in 2019. “They had done some studies on what the neighborhood needed, and they had a lot of data on how much money was leaving the community and where it was going,” Austin said. “I saw that it was a great opportunity.”

All three restaurants that will be in the Pagedale food court are familiar names in St. Louis.

Healthy Habits Nutrition, which has been serving health foods in Florissant for years, will be in the food court, along with Goss'Up Pasta, a caterer that had brick and mortar restaurants in the Chesterfield Mall and West County Center until 2017.

Three Vegan Brothers sells vegan cheeses and desserts at grocery stores throughout the St. Louis area and is adding alkaline vegan meals to its repertoire at the new location.

“What we wanted was this duality between entrepreneurs we could have total confidence in who were also producing what the community wanted,” Krehmeyer said “We got exactly that.”

“The whole food court thing is catching on across the country...” Austin said. “And in black neighborhoods, we're always dealing with food deserts. The options are fast food places and maybe a grocery store. So having a better option to sit down and enjoy a meal is important.”

Krehmeyer says Beyond Housing is more than just a landlord, which was particularly important while working toward opening through a pandemic, when businesses can suddenly need supplies, resources, and cash flow. Austin echoed this sentiment. “I've been an entrepreneur for 40 years, and I can say that they do work as your partner, and I can feel how genuine they are at Beyond Housing.”

Three Vegan Brothers hasn't opened yet but expects their kitchen to be fully installed by the end of August. Drinkhouse Pub will be joining the development in about 90 days. Both Goss'Up Pasta and Healthy Habits Nutrition are open, and they've both reported strong, steady daily traffic to Krehmeyer. “We're just beside ourselves with happiness for the entrepreneurs,” said Krehmeyer, “and we're thrilled for this community to see that they have access to the things they asked for.”