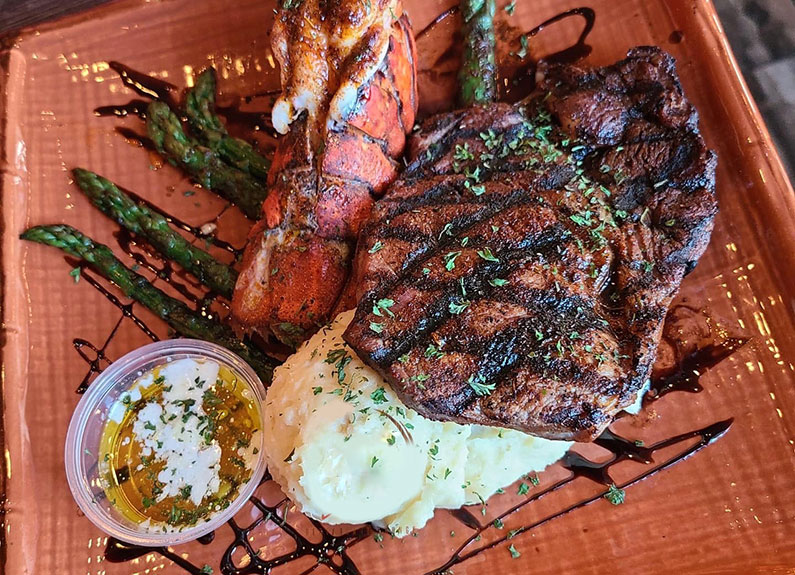 Popular restaurant Prime 55 Restaurant & Lounge, which opened in the summer of 2019 at 6100 Delmar Blvd., will be making big moves this fall when it expands to a second location inside the downtown Le Méridien hotel at 1019 Pine St. “It’s been a blessing – it’s not something that was on our radar initially,” explained owner Orlando Watson. “When we first opened, we had grandiose ideas about opening up all over town and the country, and then the pandemic hit.” He said that Marriott, who owns the Le Méridien line, had been scouting the restaurant for a while, and ultimately approached him with an offer to put a Prime 55 in the hotel.

According to Watson, a lot of the menu will be familiar to Prime 55 fans – salads, burgers, plenty of grilled dishes and some veggie options – but there will be some new items as well. “We’ll probably add a few dishes that maybe didn’t work so well in the Loop, but that may work better with some business travelers in the hotel. The bulk of the menu will be the same,” he said. Between two full bars at the new spot, Watson wants to offer expanded scotch and signature cocktail options. Watson said that the new Prime 55 should seat around 95 people, and will offer additional banquet rooms for events.

While the current Prime 55 offers dinner five days a week, the new location will be open for breakfast, lunch, and dinner seven days a week; Watson added that they’ll also handle room service and events. “It puts us in a unique position. We just found out that we’ll be the only Black-owned restaurant in a hotel in this part of the country, so no pressure there,” he said, laughing. “It’s beautiful. The kitchen is probably bigger than my entire upstairs at Delmar, which is a chef’s dream!”

Watson is moved by Prime 55’s journey over the past two years. “I recall when the pandemic hit last March, I said, ‘Hey, man, if this thing is as real as they say it’s going to get, I don’t think we’re going to make it to the fall.’ We’d just opened, and there was no time to really stow away any money.” Prime 55 closed for two months, and then reopened for service. “St. Louis really, really propped us up, man,” Watson said, adding that business has been great since reopening. “We watched all these restaurants close – some of these people were my mentors, seasoned restaurateurs. But we cut some staff, cut some costs, and came back actually stronger than we did the first time.”