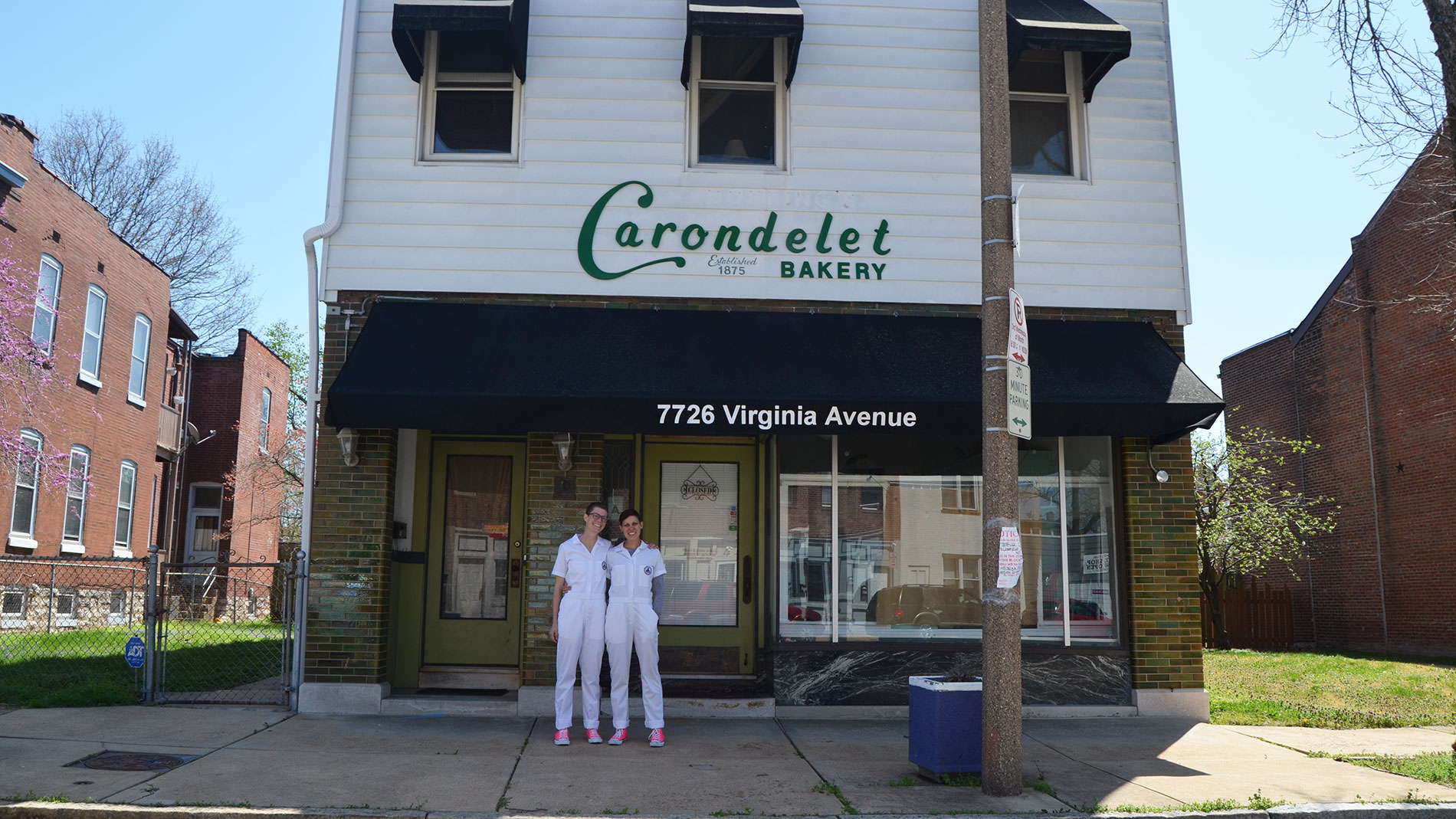 Sugarwitch, the popular ice cream sandwich pop-up currently stationed in an Airstream trailer on the patio of Olio at 1634 Tower Grove Ave., is putting down some more permanent roots in St. Louis. Co-owners and partners Sophie Mendelson and Martha Bass are shifting ice cream sandwich production to what was formerly Carondelet Bakery, with sandwiches still sold exclusively out of the trailer at Olio for the time being. The new location at 7726 Virginia St. will also serve customers in the future, but the timeline for opening has not yet been finalized.


Mendelson and Bass originally founded Sugarwitch in Columbia in 2019. They began their St. Louis baking careers in the Urban Eats kitchen before bringing Sugarwitch to St. Louis in the summer of 2021. The pop-up’s rotating menu puts creative spins on traditional ice cream sandwiches with flavors such as the Rhiannon, with cream cheese ice cream and carrot cake cookies, and the Hermione, which includes Coffeestamp cold brew ice cream and toffee encased by toffee brownies. Mendelson credited seasonal farmers market finds, nostalgic childhood memories of ice cream truck desserts and a rich local dessert scene for the inventive flavors the Sugarwitch team brings to an otherwise conventional dessert.


Ice cream sandwich production has thus far taken place in the shared kitchen at Urban Eats, but as business grew, the co-owners began to look at larger, more permanent options for kitchen operations. With about a 3,000-square-foot kitchen, the new location will enable the queer-owned and -operated business to extend their hours and introduce a core menu of classic flavors, such as the Ursula, a brownie sandwich with vanilla ice cream and sprinkles, as well as seasonal flavors and holiday specials that will rotate monthly. The duo also plans to offer coffee and pastries in the future.


“There are some great dining options in Carondelet, but there isn’t really somewhere to grab a cup of coffee and something sweet in this area right now. We hope to fill that gap,” Mendelson noted.


The historic building has housed renowned St. Louis bakers since 1872. Originally operated as an all-male bakery, women eventually began baking in an adjacent building that was then conjoined to the original structure. Mendelson and Bass plan to use the resultant two sizeable kitchens for an incubator kitchen concept, welcoming other local bakers to operate out of the space.

“We’re incredibly excited to be in this neighborhood,” Mendelson said. “This community is growing and we’re grateful to be a part of it.”


Sugarwitch ice cream sandwiches are currently only available by preorder through the restaurant’s website, with pickup on the Olio patio from 4 to 6 p.m. on Fridays. Beginning May 1, Sugarwitch will be open Friday and Saturday from 4 to 8 p.m. and Sunday from noon to 4 p.m. They will continue to operate outside Olio once the new space opens.