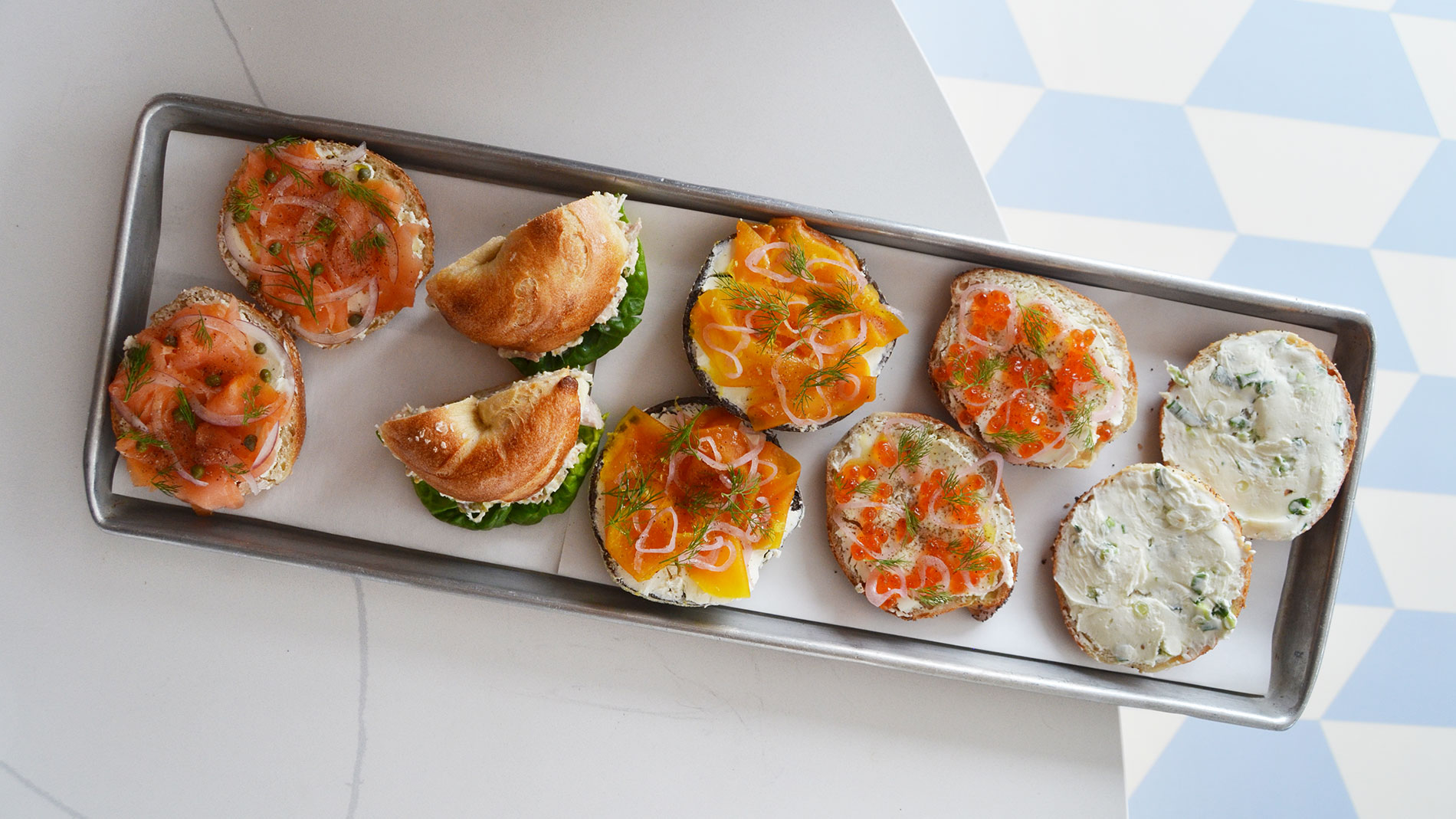 Bagel Union, the long-awaited bagel shop from the team behind Union Loafers Café and Bread Bakery, will have a soft opening with a limited menu at 8705 Big Bend Blvd. in Webster Groves on Sunday, Jan. 22, at 8 a.m. The shop will be fully up and running within a week or so following the soft opening.

Located in the former Porter Paints store at the corner of Big Bend Boulevard and South Elm Avenue, Bagel Union has been three years in the making, but is now just days away from opening. The launch is one of the most eagerly anticipated events in the St. Louis restaurant scene in recent years. On Jan. 15, customers flocked to Union Loafers to wait in line to try some of Bagel Union’s new bagels; a New Year’s Day bagel sandwich pop-up at Loafers’ commissary kitchen in Shaw produced similar results, selling out in a little over an hour.

For the soft opening on Jan. 22, Bagel Union will only be offering bagels with cream cheese. However, a fuller menu of bagel sandwiches is ready to go – details below ­– and will be available as the shop opens fully through the remainder of January. The soft opening will begin at 8 a.m. and run until the bagels are sold out.

Co-owner Ted Wilson said New York bagels are the “lodestar” for everything Bagel Union is doing with its bagels. The lineup includes a number of savory options: plain bagels rolled in cornmeal, salt, sesame, everything, poppy, onion and tzizel-nickel. The latter, a pumpernickel-based bagel that draws inspiration from the “tzizel” rye bread rolled in cornmeal sold by the much-missed Jewish institution Pratzel’s Bakery, was created by Bagel Union general manager and head baker Jackie Polcyn. A smaller number of sweet options will also be offered, including cherry and cinnamon-raisin. You can order bagels to take home or get a bagel sandwich ready to eat.

Depending on the topping of your choice, the sandwiches come open-faced or as a closed sandwich. Just a few of the toppings are:


The sandwiches are also seasoned with ingredients like salt, pepper, fresh dill and pickled shallots. Co-owner Sean Netzer said the plan is to add a pastrami sandwich to the menu, with the pastrami being smoked in-house. “We’ve done many pastramis in the past, we used to do pastrami Sundays at Union Loafers, so we’re very excited about that,” he said.

Of course, if you prefer the simplicity of cream cheese on bagels, Bagel Union has you covered. They’ll be bringing in cream cheese from California’s Sierra Nevada as their plain cream cheese and using it as the base for other cream cheese flavors. “We’re going to be the only ones that have it,” said Netzer. “We’re doing a pretty great version of their cheese and we’re going to whip our own. We’ll start with plain and scallion and expand from there.”

“I think part of the pleasure of this is having a place that doesn’t cheat on the process and makes it so that these are coming to you fresh throughout the day,” said Wilson. We witnessed the last few stages of that process: A batch of everything bagels was boiled; the bakers prepared a series of long baking boards, covered in damp burlap, then sprinkled flakes of salt and a variety of seeds on top; the boiled bagels were rolled in the seeds, then placed on the baking boards; the baking boards were placed in the oven and baked for a few minutes; finally, the bagels were removed from the oven and transferred to baskets for cooling.

Each step in this process contributes to the end result. “The boiling helps the crust develop more maturely, more quickly, without having to be in the oven as long,” said Wilson. “Baking on the wet boards takes this little thing and gives it the same power as a much larger loaf of bread, as far as being able to absorb heat from the oven.” Those finishing touches took around 10 minutes, but the work begins a full three days earlier.

Polcyn talked about developing the bagels and how she knew when they had nailed the recipe and process. “I feel like a moment of clarity in my head was when we opened one and [Ted] said the inside was like cotton candy,” she said. “I was like, ‘That’s what I want to hear.’”

The shop itself benefits from a stunning design, created by Tom and Shelley Niemeier at Space Architecture + Design. The buildout was executed by Nate Tilford’s Portico Construction & Hardscapes. “We wanted something that has that very classic bagel feel but also feels a little bit more modern and still light and airy,” said Netzer. “And with the added homework of trying to pull in some of Loafers’ aesthetic. You see a lot of the light whites and blues, light wood, almost like Scandinavian colors.” The curve of the counter evokes a 1950s diner, but the overall vibe is refreshingly and strikingly modern. You can also bet on seeing a lot of the attractive powder-blue-and-white patterned floor on your social media feeds in the coming weeks and months.

Customers can grab one of a handful of stools by the window if they want to dine in, but Bagel Union is primarily a carryout operation. Grab a numbered ticket when you enter, place your order, then grab a coffee or a drink from the refrigerator while you wait for your sandwich to be prepared. The team is working on a collaboration to develop a proprietary Bagel Union coffee blend. Netzer said some Union Loafers bread and cookies may also be offered for sale at Bagel Union in the future. Batch orders can also be placed for anyone wishing to order for a workplace, meeting or other events: contact Bagel Union for more details.

Bagel Union will be open from Wednesday to Sunday, likely from 7 a.m. to 2 p.m. Follow Bagel Union on Instagram for more updates. 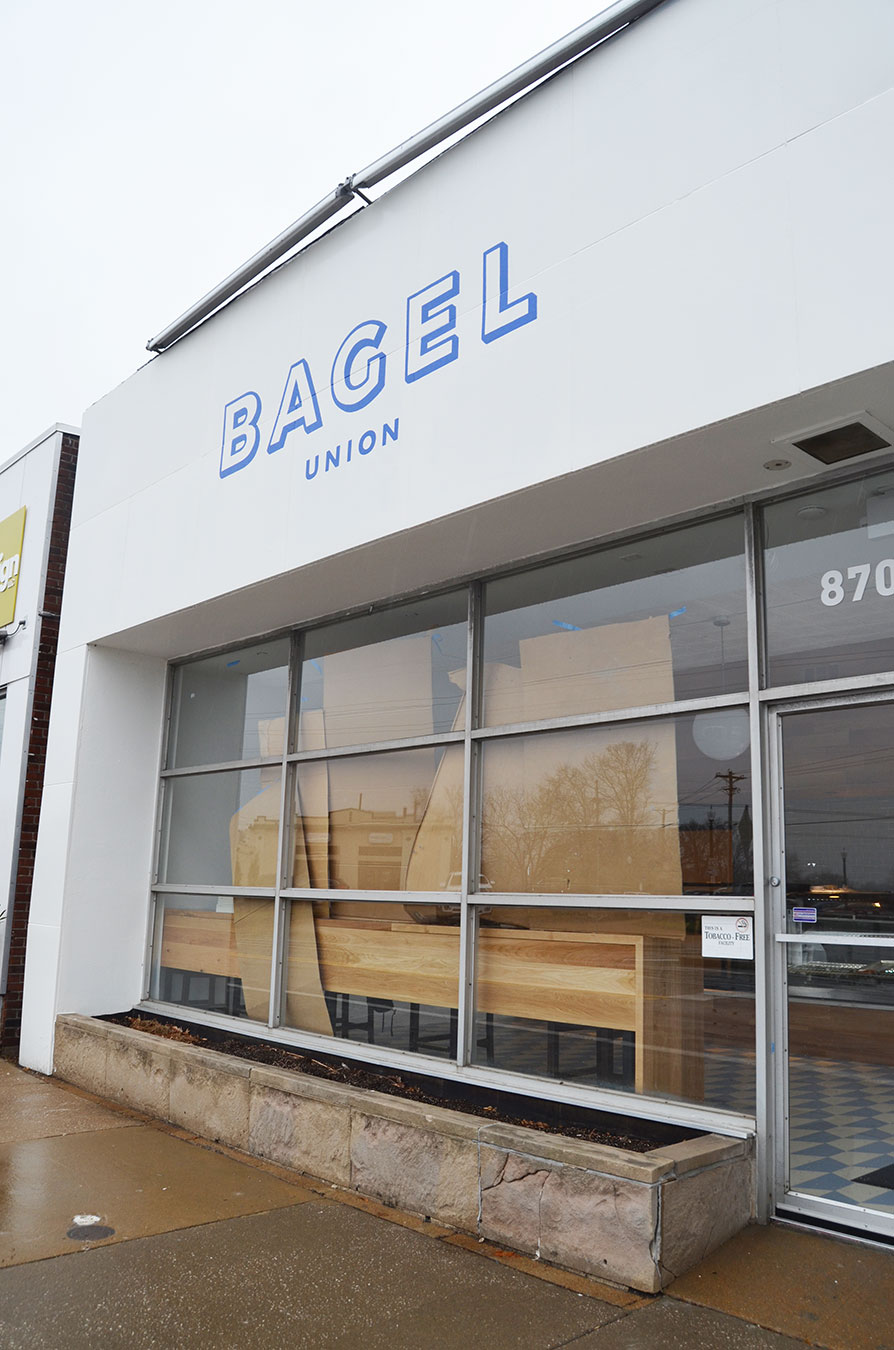 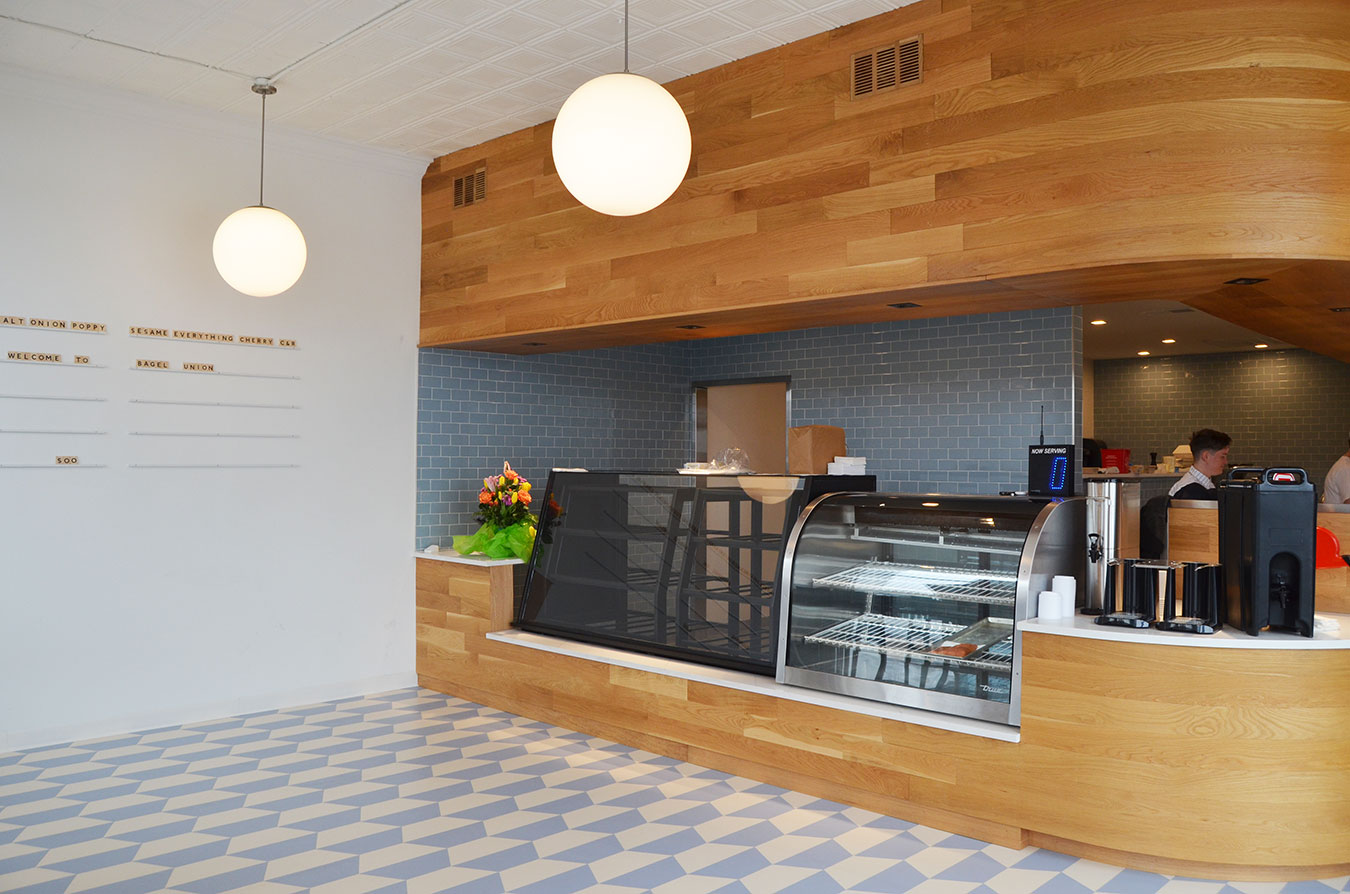 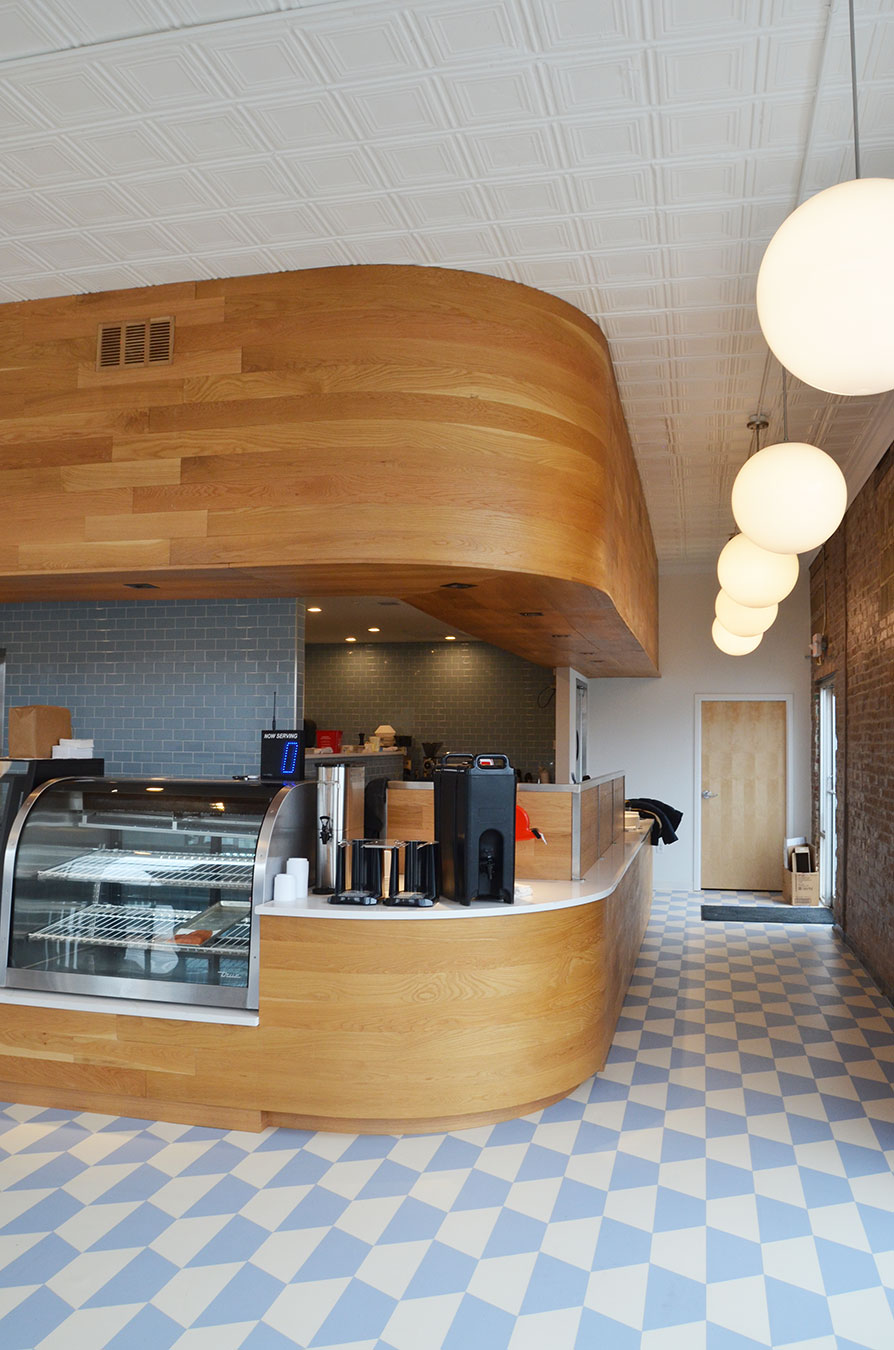 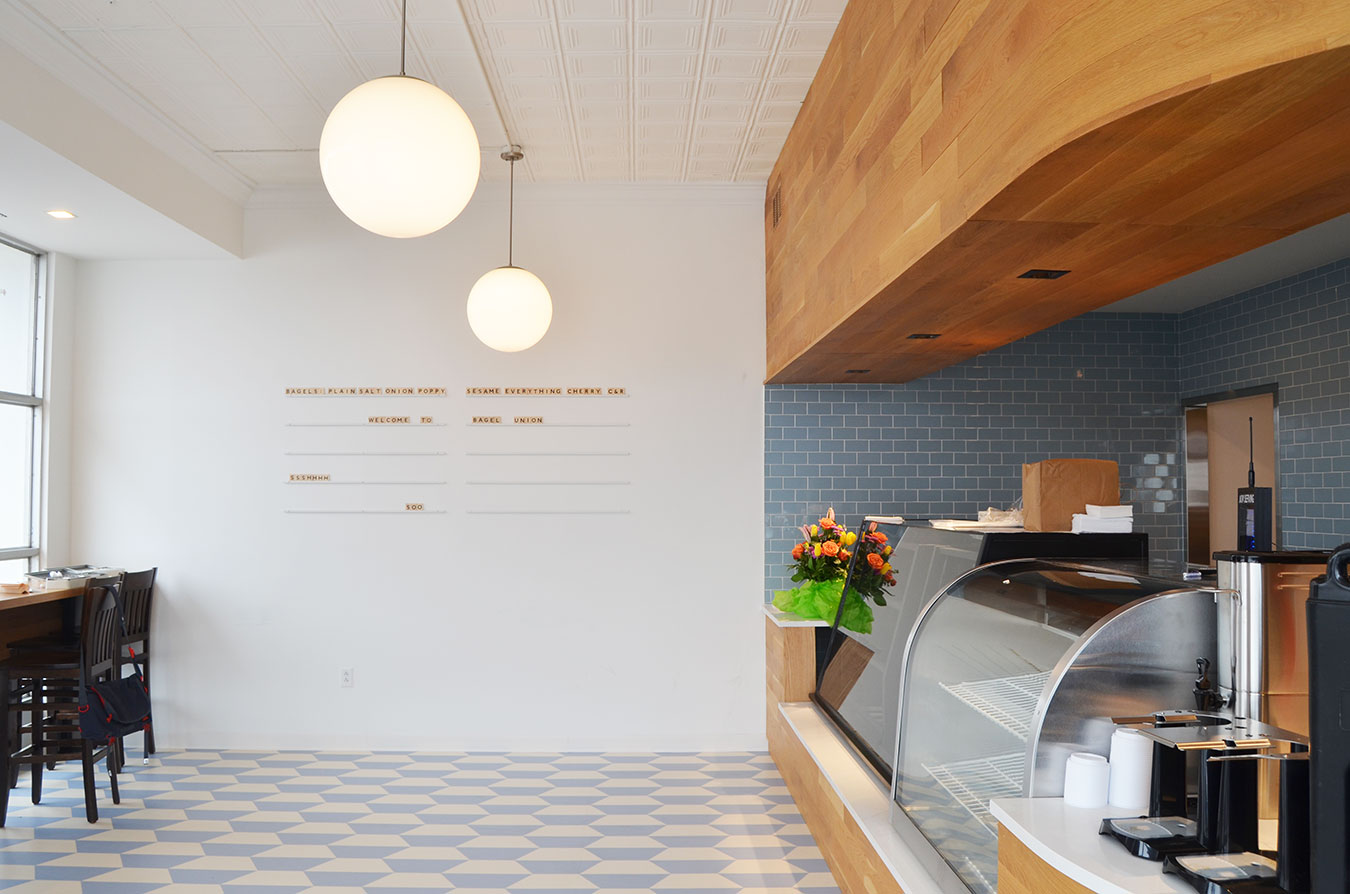 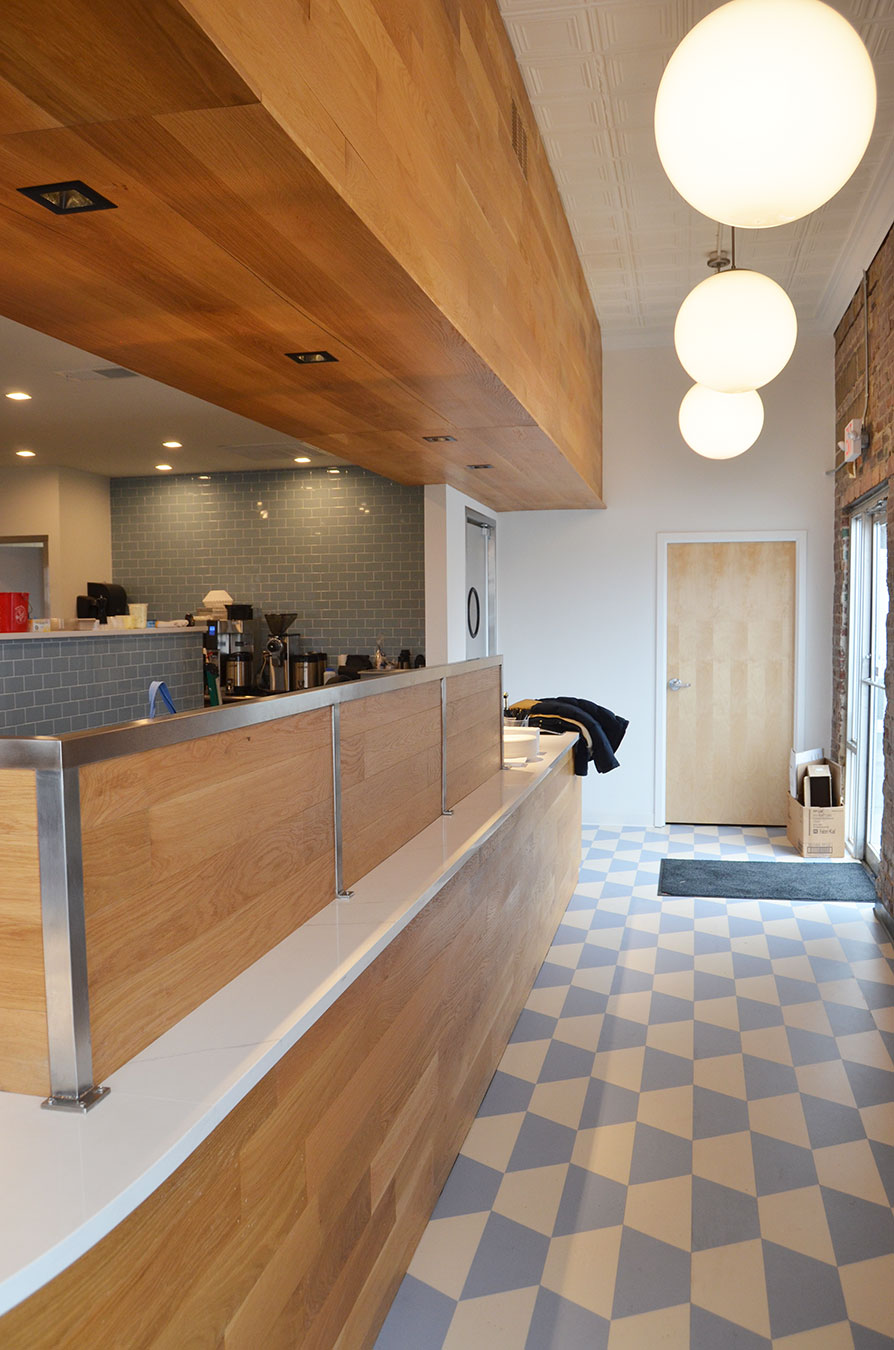 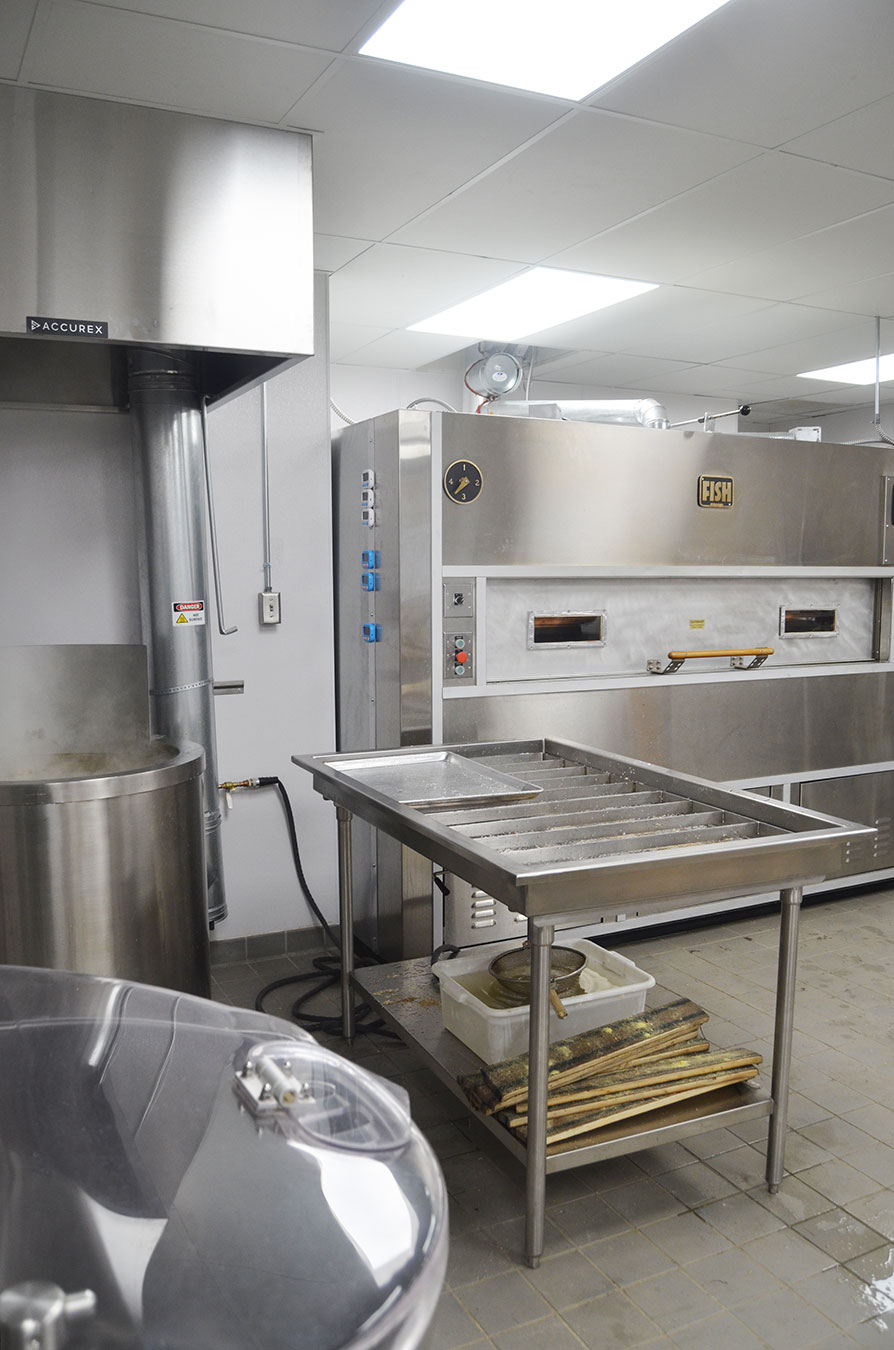 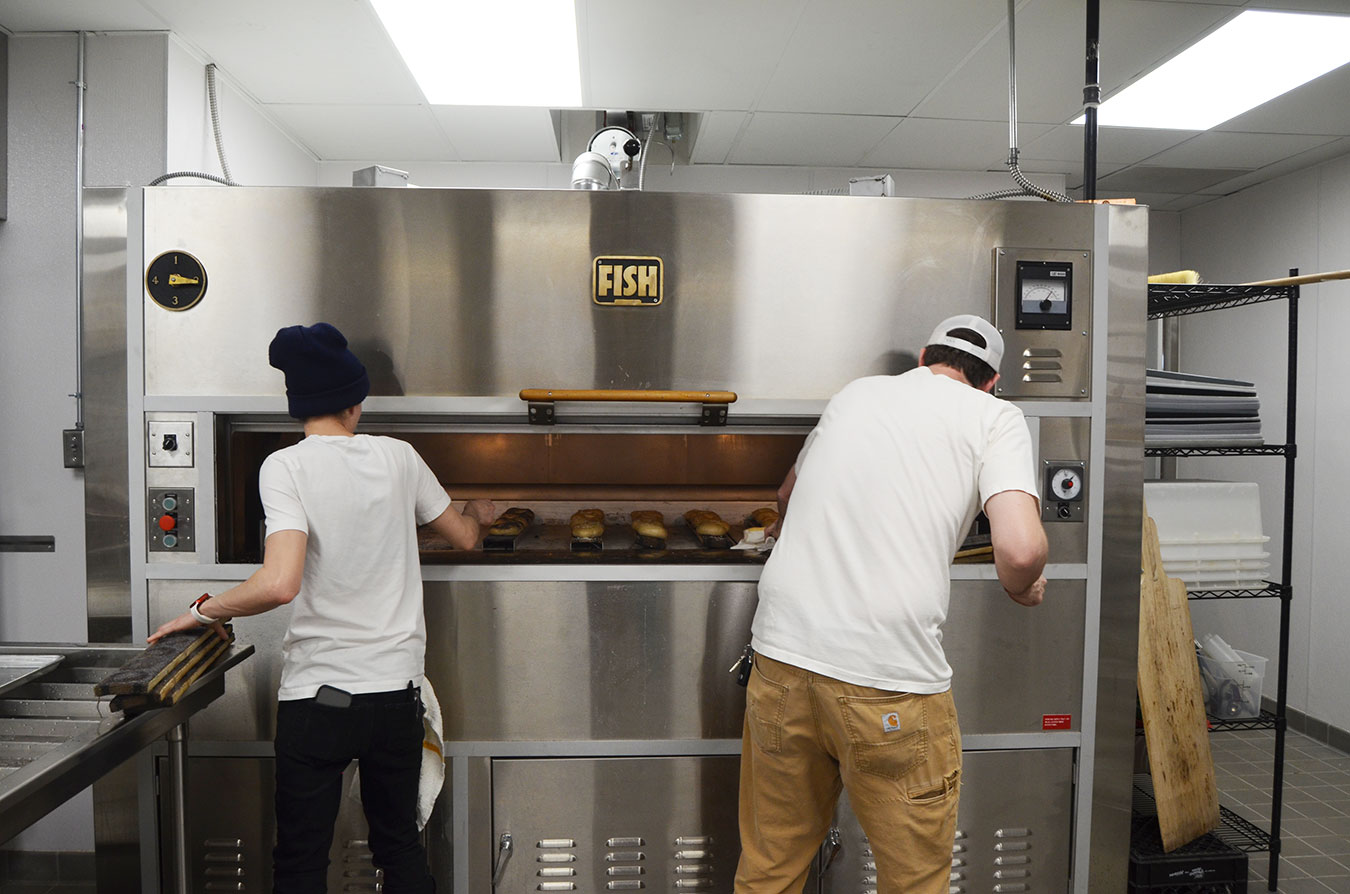 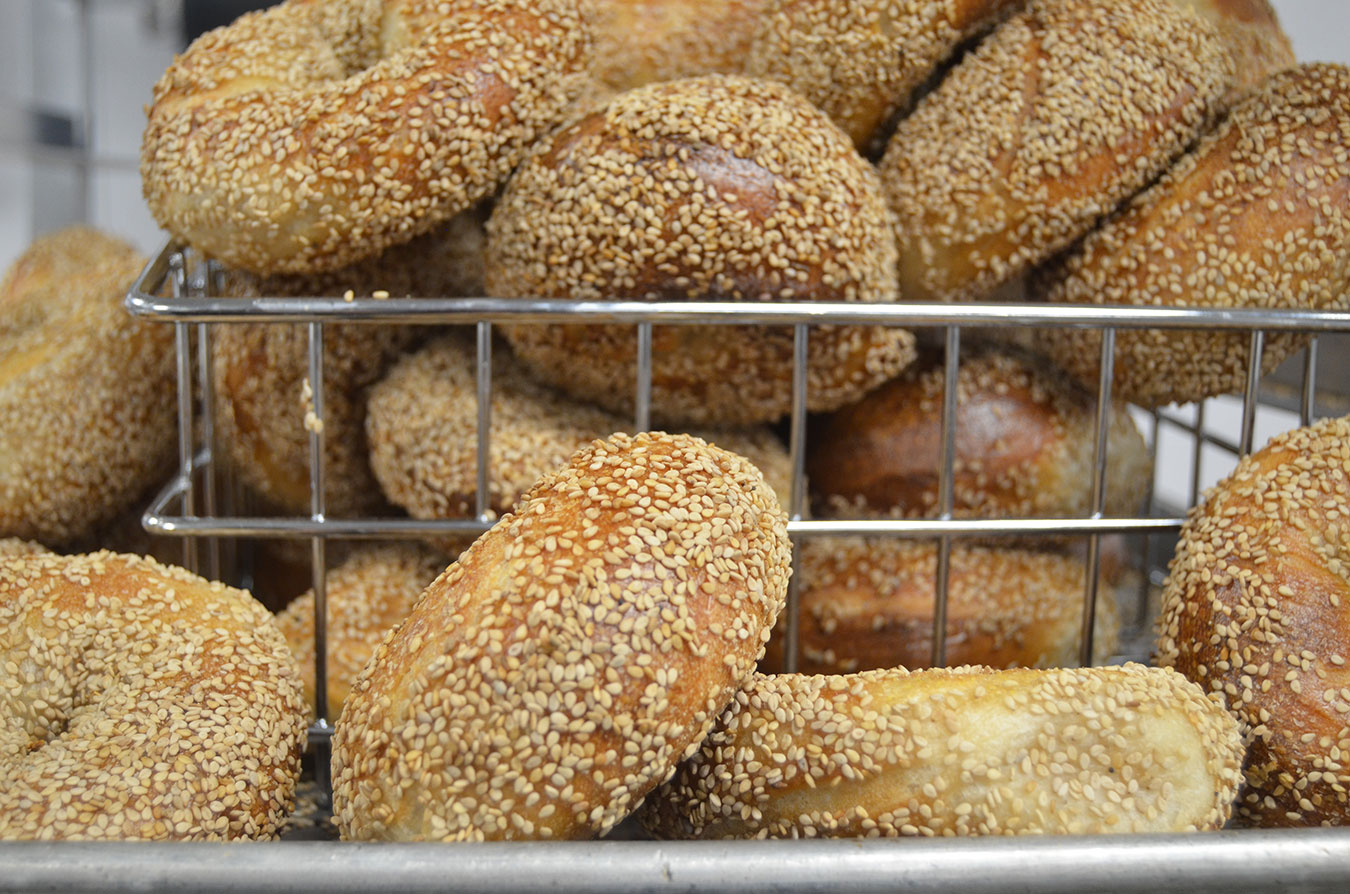 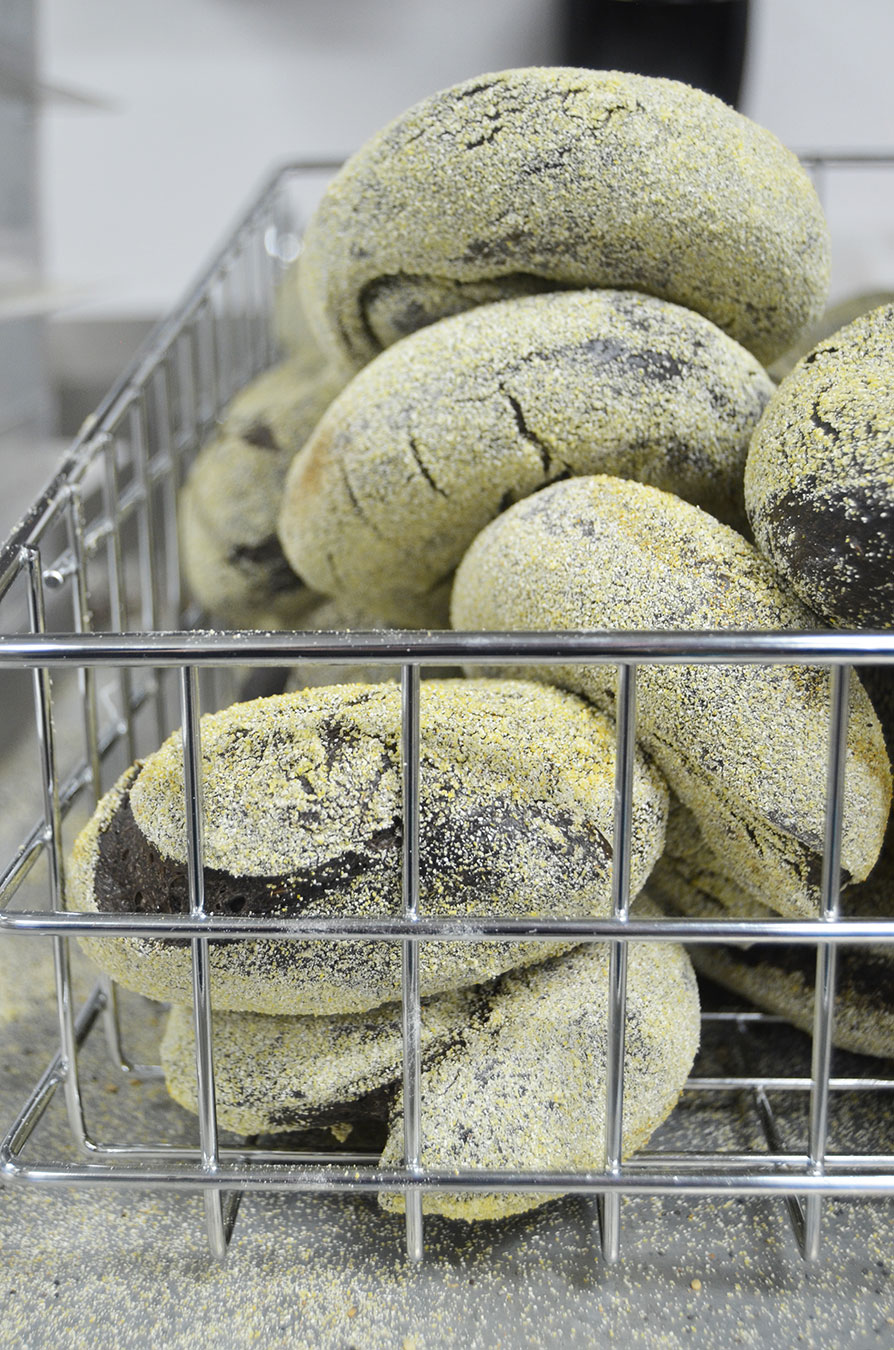 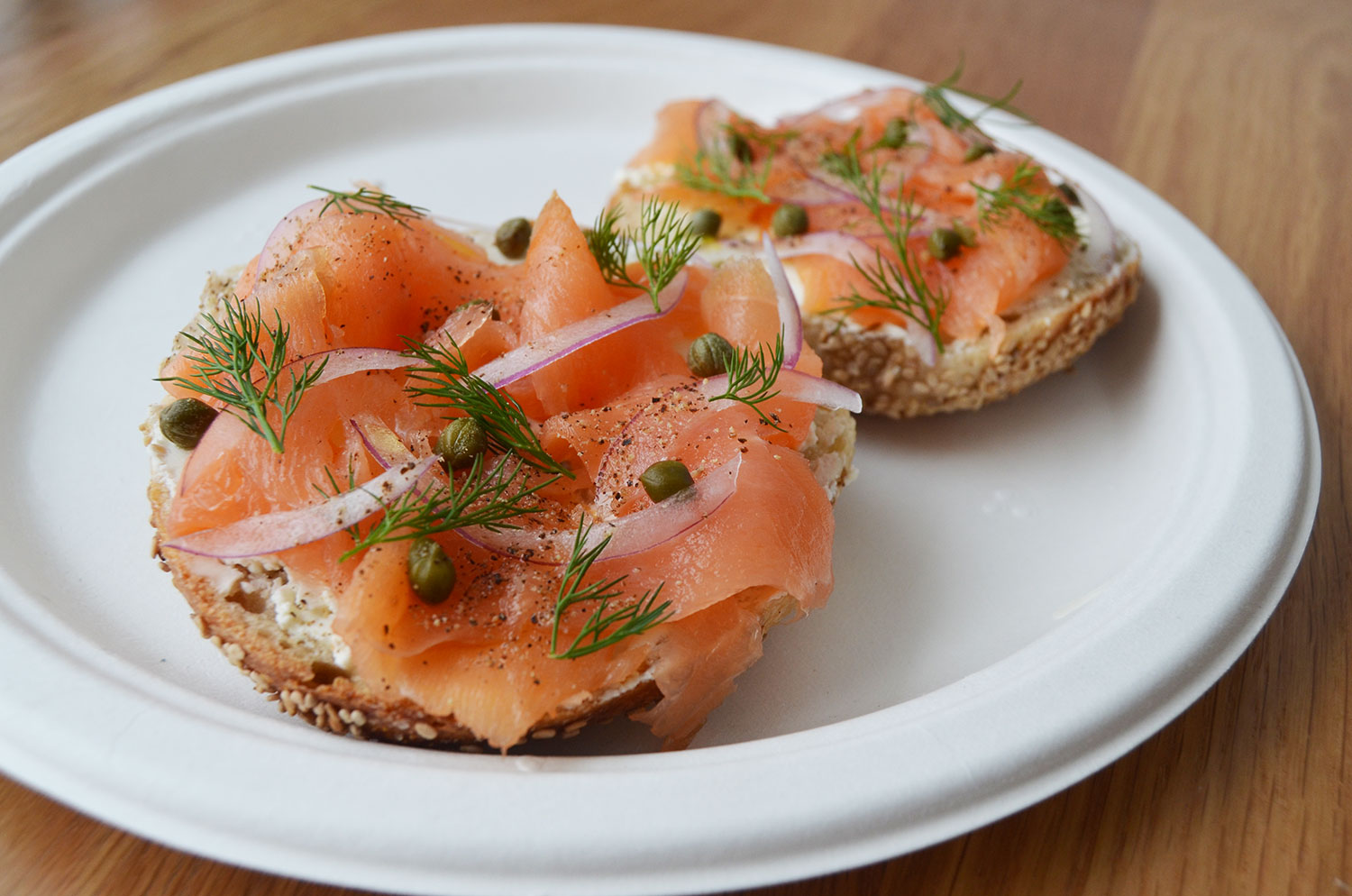 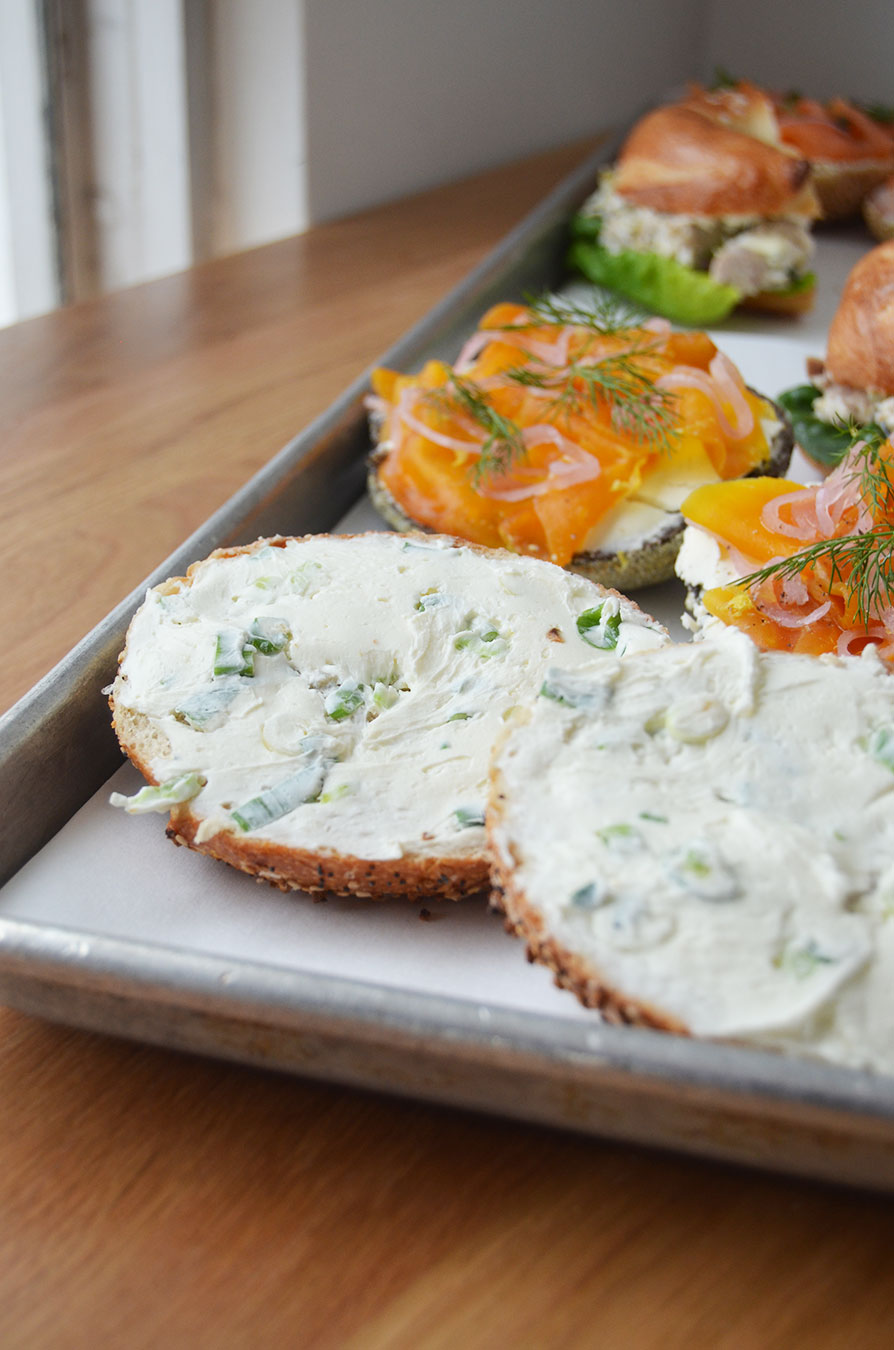 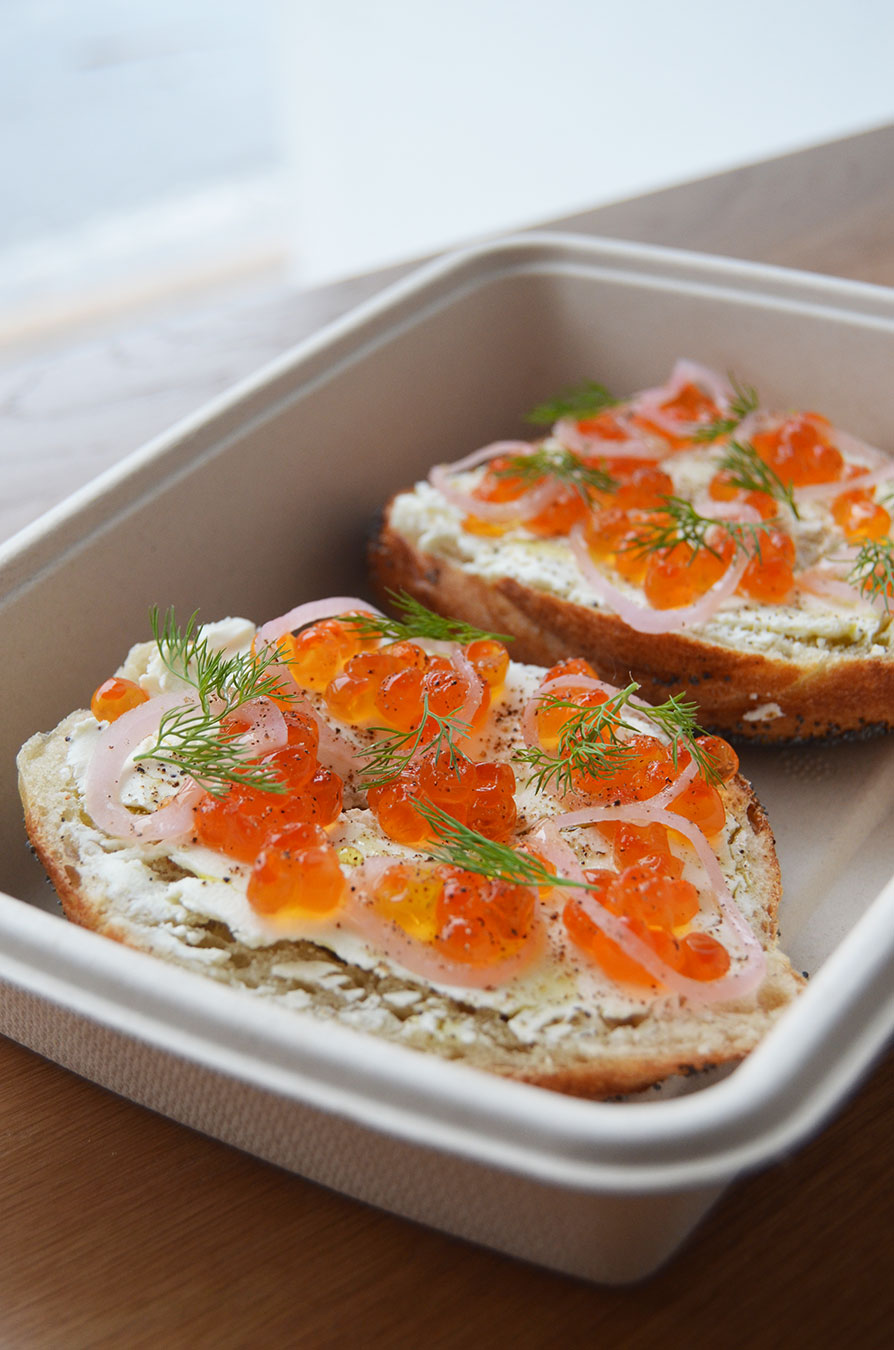 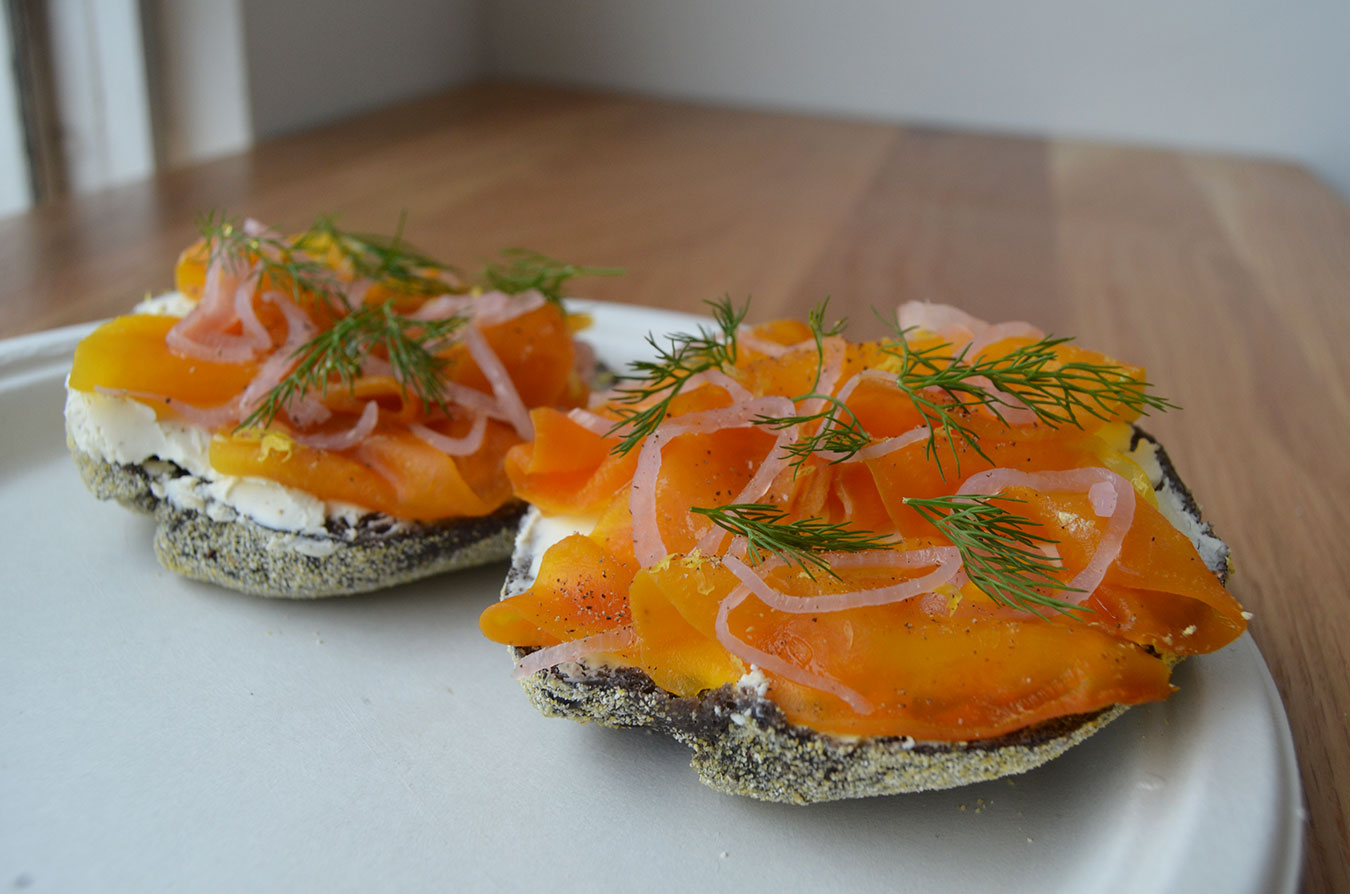 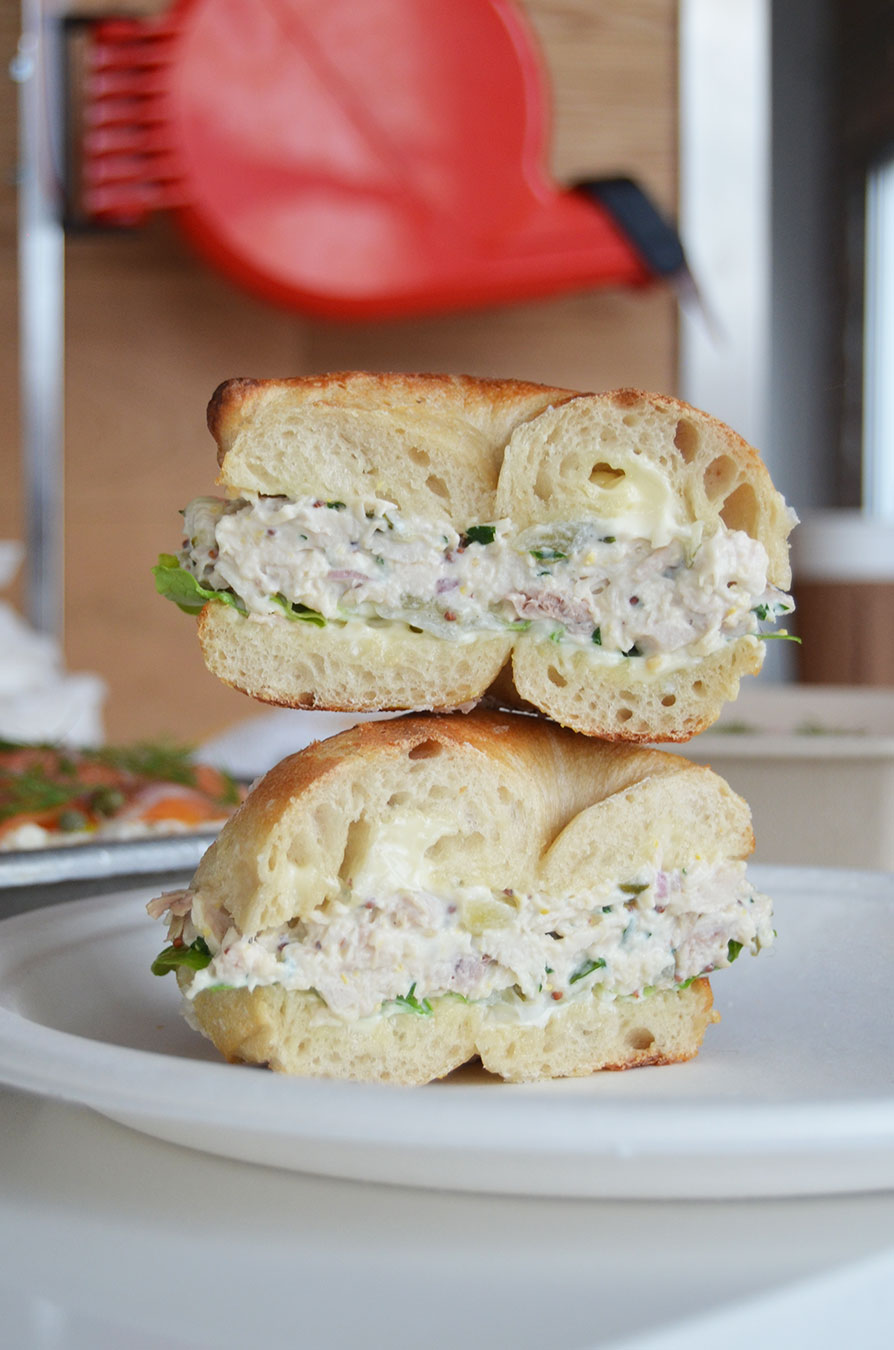 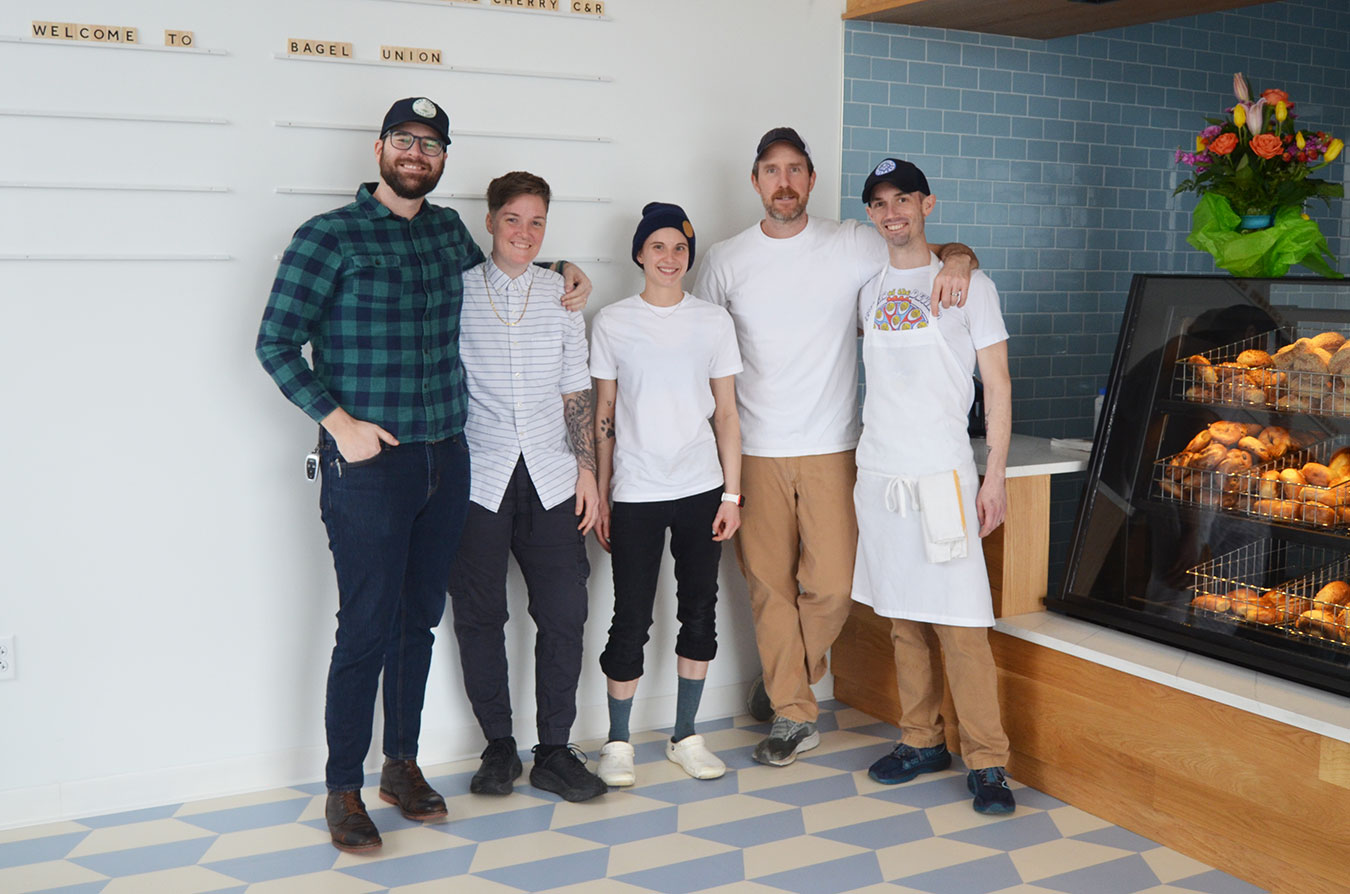