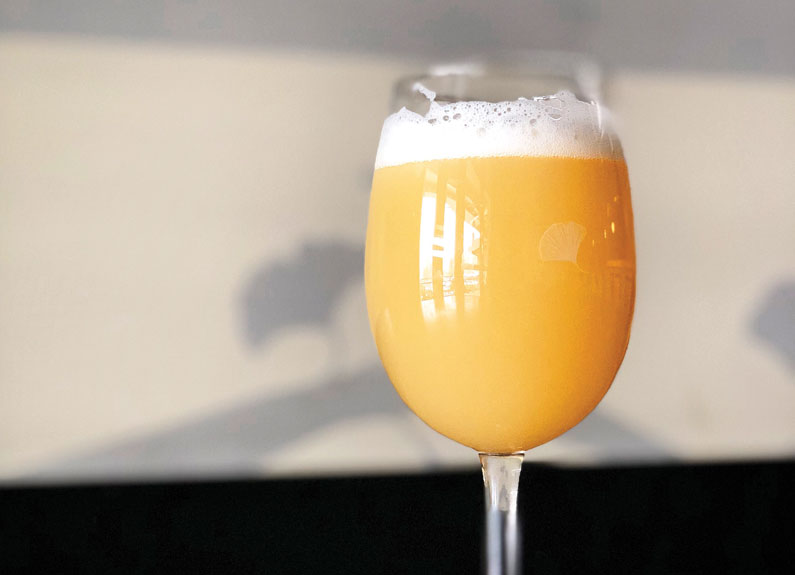 Once upon a time, IPAs were bitter, prickly things. Brewers crammed so many hops into their beers that some felt like sucking on a pine cone. Then, a new style of IPA invaded the country, dethroning its harsh West Coast cousin. Suddenly, people began describing IPAs as soft, juicy and hazy as a glass of morning OJ. All hail the Northeast IPA.

Florissant’s Narrow Gauge Brewing Co. set the regional standard, but most local breweries have given the style a shot. Now, it’s Perennial Artisan Ales’ most recent round of IPAs that’s caught our attention.

Why did a brewery best known for bold, boozy stouts and delicate saisons revamp its IPA game? Give the people what they want. “It had the most entries of any category at the Great American Beer Festival ever,” said Perennial co-owner Phil Wymore. “It’s not just some fad. It’s the real deal.”

To perfect Perennial’s new recipe, cellar manager Chris Kinast turned to one of the industry leaders in Northeast IPAs, Trillium Brewing Co. near Boston. The breweries collaborated and released a limited run of Q:WWJCD? A:IPA (named for Trillium co-owner JC Tetreault) in August 2018. The beer featured a hefty dose of both Mosaic and Galaxy hops, but the new spelt-based malt gave it the signature and difficult-to-achieve mouthfeel Perennial desired.

“Christening the program by being able to collaborate with Trillium – it doesn’t get any better than that,” Wymore said.

Then came an enchanting new release of Magic Chords, loaded with Citra and Galaxy hops, followed by an updated version of its popular White Impala. After a couple more new releases, Fluorescent Gray and Pilot Talk, Kinast and crew collaborated with local NEIPA powerhouse Narrow Gauge with the release of Objectively Opaque, dry-hopped with Amarillo, Idaho-7 and Eukanot hops. You may still be able to catch that on draft at the brewery, but you’ll definitely find a hazy revamp of Cave Torch, fermented on mandarin oranges.

The beers have been so popular that Perennial plans to update all its IPA recipes to the new style. But you’ll still only find these cans at the brewery. In fact, Wymore said they’re making smaller batches than before.

“The idea is to drink these as fresh as possible,” he said. “And if you don’t make very much of it, it should ensure that it’s consumed in the right time frame.”