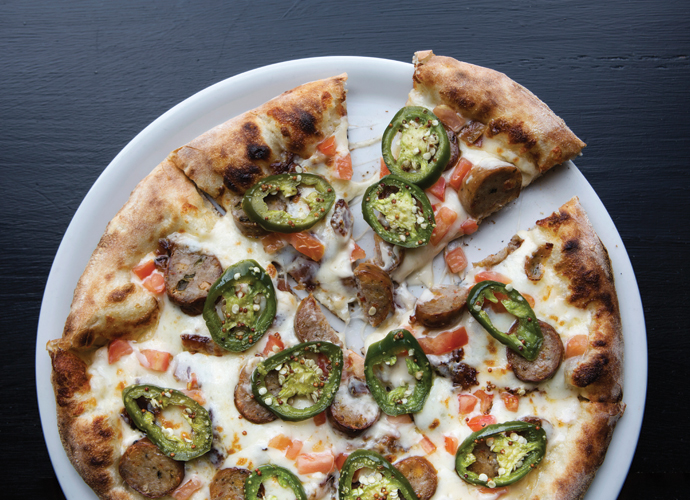 Peel Wood Fired Pizza will head across the river next year. The popular Illinois eatery, which has locations in O’Fallon and Edwardsville, will debut its first Missouri restaurant in Clayton, according to co-owner Brandon Case.

The newest Peel will take up residence in the main floor of 212 S. Meramec Ave., currently under construction in downtown Clayton. Case said the 8,800-square-foot space will feature a patio and three wood-fired pizza ovens. He estimated the doors would open around the middle of 2018.

The menu will include some favorites from the other restaurants, along with some items specifically made for the Clayton crowd.

“Both of our current locations’ menus are about 95 percent the same,” Case said. “And they both have nine to 12 new items, and we’re changing those monthly. We have ideas for the [Clayton] menu, but we know we’ll be doing something different for that location. We want to do something a little different so the ones that know us in Illinois have a reason to go over there and vice versa.”

Case said there would be 36 beers on tap, focused on craft and import offerings. Peel is looking to pick up a Missouri distributor for its own beer, which is brewed at its O’Fallon location.

Case said he and co-owner Patrick Thirion wanted to bring Peel to Missouri for a while, and Clayton offers the opportunity to serve a large population.

“It’s a very growing, diverse area,” Case said. “It’s a little bit different than our demographic in O’Fallon and Edwardsville. Going to Clayton, it’s almost two times the amount of people in a 15-mile radius.”