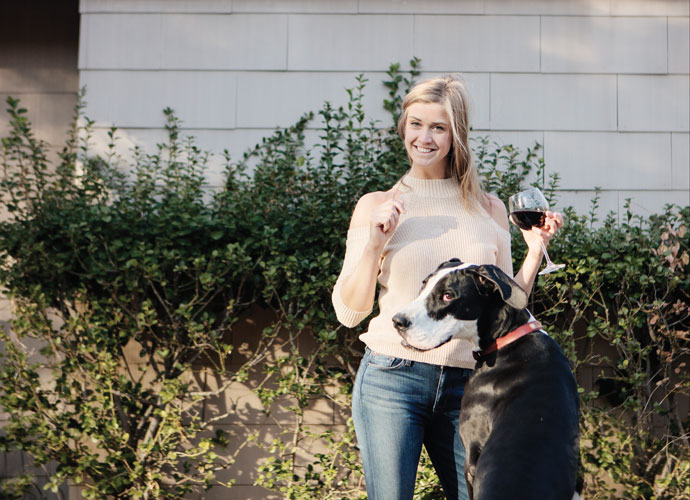 Chef de cuisine, Pastaria
Age: 26
Why Watch Her: She’s the next big thing in the Niche Food Group empire.

Fresh-faced, 17-year-old Evy Swoboda arrived at The Lodge of Four Seasons at Lake of the Ozarks to accept a garde manger position on the word of a friend. There was just one problem: The chef had hired her, but human resources hadn’t.

Swoboda was undeterred. Armed with a resume boasting a two-year stint as Subway sandwich artist, she talked her way into the job and a career crash course.

“I didn’t even know how to cut a pineapple,” she said. “I just faked it until I made it, basically. Read a lot, pretended I knew a bit more than I did until I knew what I was doing.”

Confidence, dedication and a whole lot of practice eventually led her to the grill station at 44 Stone Public House in Columbia, Missouri, and then to Pastaria shortly after it opened in 2013. The eager line cook rocketed up the chain of command, landing at chef de cuisine under executive chef Ashley Shelton.

There’s no doubt Swoboda can cook. She creates daily pizza specials and recently took over the entire menu of the popular Clayton restaurant. However, it’s Swoboda’s deft leadership on the line that sets her apart.

“I can be a little more hammer, and she’s a little more honey,” Shelton said. “She has a way with the line cooks that is very friendly. … She can get her point across without having to yell or be stern.”

It’s a quality Niche Food Group owner Gerard Craft has noticed, and the reason he wanted Swoboda to help open Pastaria’s Nashville location. “That’s one thing a lot of people overlook,” Craft said. “They might be really good cooks, but they might be terrible, terrible managers. I think she handles herself really well. She’s really well organized. She’s a really good teacher.”

Swoboda’s rapid ascent at Niche Food Group won’t stop if she has anything to say about it. “I want to continue helping open other Pastarias and hopefully get my own one day,” she said. “I definitely want one of the restaurants.”