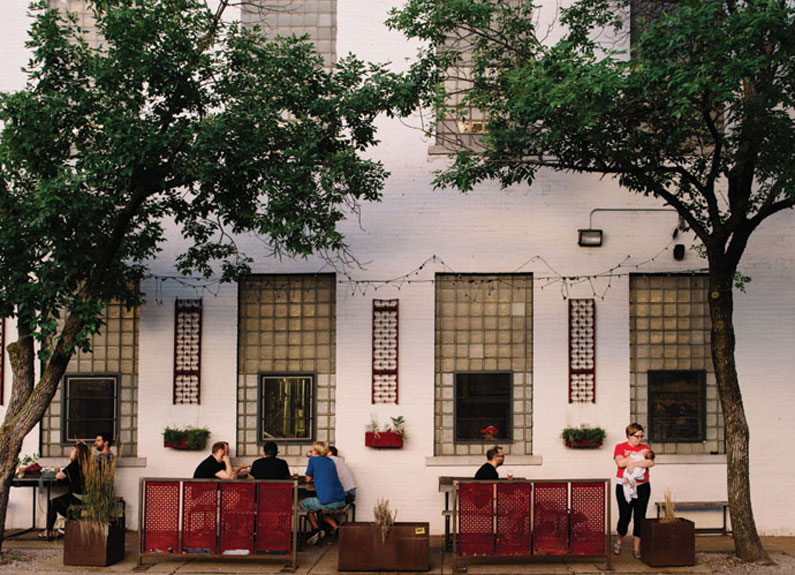 The folks at 4 Hands Brewing Co. are celebrating its sixth anniversary this spring by premiering its new distillery project, 1220 Artisan Spirits. Owner Kevin Lemp said the brand is scheduled to debut in April or May with Origin, an American-style gin and its complementary 1220 Tonic.

The distillery has been in the works for the past couple of years. “We’re almost there,” Lemp said. “We just wanted to make sure that if we were going to do it, it was going to be done right.”

The company went back and forth, trying to decide if the brewery team would also handle distilling duties, or if a new crew would be put in place.

“At the end of the day, we felt that making beer and making spirits is wildly different,” Lemp said. “The science is wildly different, so let’s try and find someone who has a great reputation and feels like they can fit with the team, and that’s the direction we went with.”

Lemp tapped Rob Vossmeyer, who most recently worked at Tom’s Town Distillery in Kansas City, to be 1220’s head distiller. “His knowledge of building and creating spirits is really strong,” Lemp said. “He’s looking at it in the same kind of creative way that we look at beer.”

While the distillery and brewery will are located in the same building, Lemp said the two businesses operate separately.

“4 Hands is a brewery, and that’s why we decided to not have this be 4 Hands Distillery, but 1220 Distillery,” he said. “We want it to blaze its own path. We already had the look, the touch, the feel, the ethos of the brewing company. And 1220 is going to look different; it’s going to speak differently.”

Lemp said 1220 aims to release a seasonal gin, a barrel-aged gin and an amaro this year. He also hopes to add an apple brandy and a whiskey to the docket at some point.

While 4 Hands taproom won’t offer a full cocktail program, the spirits will be available for customers to try. “We’ll have our Gin and Tonic on draft, and we’ll have seasonal gin drinks on draft,” Lemp said. “Every three to four months, we’ll change that gin draft option.”

Lemp said there may be a spirits-centric space in the future. “We do have a short-term plan to open up a very small, really intimate place – more of a marketing play than a revenue play – and do something to build the 1220 brand from a cocktail setting,” he said. “We have a couple of options right now, and we’re trying to figure out the best way to roll. We’re going to take our time with it, and when that right option happens, we’ll press play.”