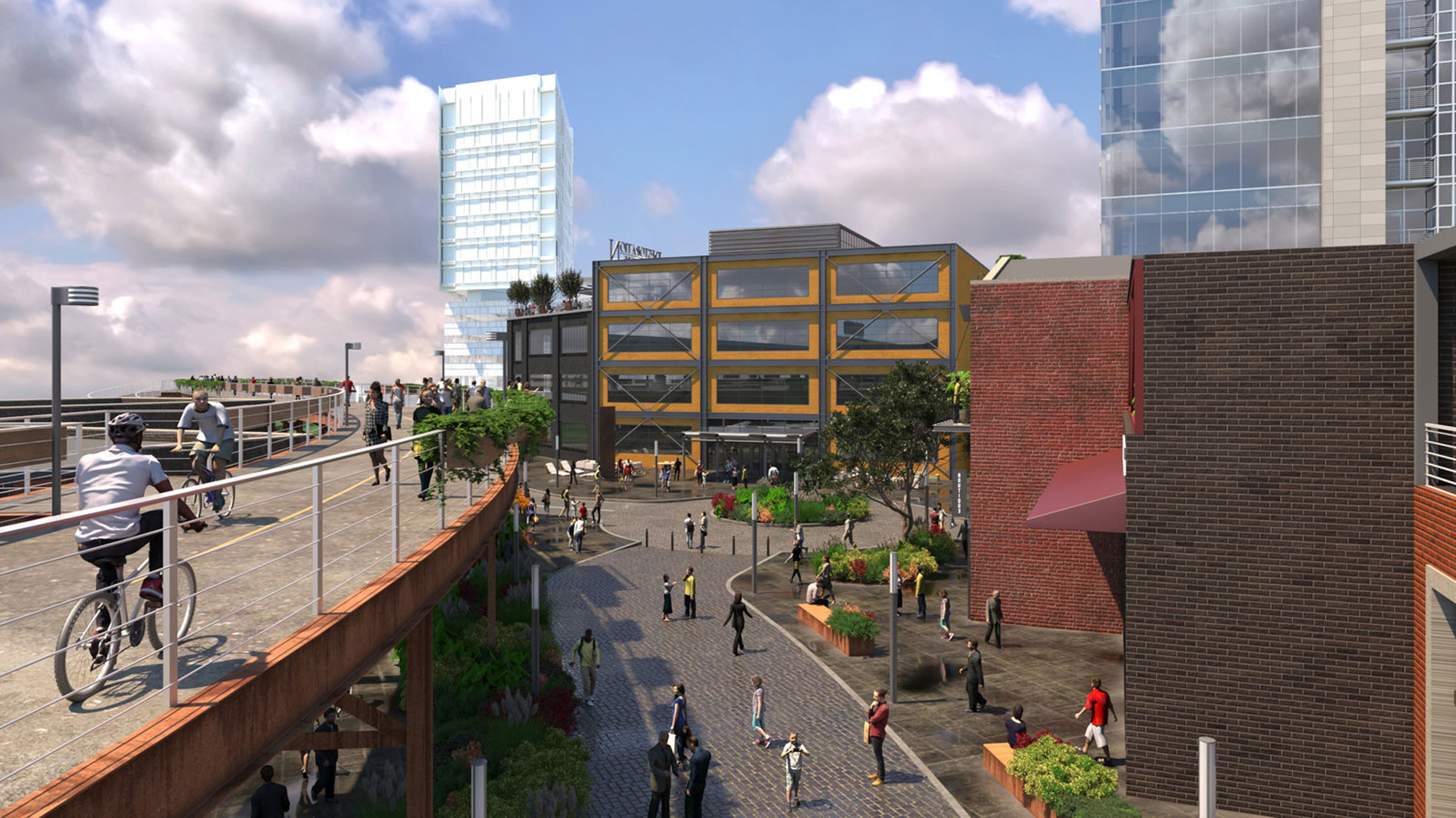 City Foundry STL has announced a new set of restaurants that will appear in its 30,000-square-foot food hall slated to open in 2020. The upcoming Midtown complex will also include a movie theater, an arcade, a bowling alley, karaoke, a German-inspired beer hall and more.

“For what we do, we don’t really need a huge brick-and-mortar,” she recently told Sauce. “I don’t think a whole building is what we need right now.” Mitchell said that diners can expect something a little more upscale from Farmtruk, but that the focus will still be Southern country food.

Polite Society co-owners Jonathan Schoen and Brian Schmitz will roll out Good Day, which will feature a crepe- and breakfast sandwich-centric menu.

“It’s a totally different thing,” Schmitz said. “We’ll have a wide range of scrambles and whatnot. Someone who’s on keto, Atkins, paleo or Whole30, they’ll be able to come and get a meal that satisfies those requirements.” Good Day also promises drinks like mimosas, sparkling cocktails, gourmet breakfast drinks, and bloody marys.


Mokyu Mokyu is the new concept from the co-owners of Pieces, the Soulard board game bar and café. It will be St. Louis’ first restaurant featuring taiyaki, which is a traditional Japanese fish-shaped cake. Mokyu Mokyu’s versions of Taiyaki aim to put a Korean spin on the dish, with their signature offering being a sweet, fish-shaped waffle cone (served warm) that contains either vanilla custard or red bean filling. It will be topped with soft serve ice cream and an assortment of topping options.


Bryan and Caleb Lewis’ Press Waffle Co. will feature Liege-style, made-to-order waffles based on traditional Belgian desserts. Waffle topping combos will traverse a huge range, including everything from Nutella and strawberries to peanut butter, banana and bacon, to ham, turkey and cheese. A dish called The Soulman will contain fried chicken tenders, bacon crumbles and maple syrup. Diners will also be able to create their own waffles using a wide selection of toppings.


In City Foundry STL, UKraft owners Matt and Mike Ratz will see their first real restaurant after staying on the road with their food truck.

“Our ultimate goal was a brick-and-mortar – the truck was a way to test that concept out,” Matt Ratz said. Their signature macrobiotic breakfast bowls, sandwiches, paninis and salad pockets will be among the menu items at the new spot. Customer-customized sandwiches will be one of the big pulls at the new UKraft, where tried-and-true fans can look forward to “more options, more variety and more space.”