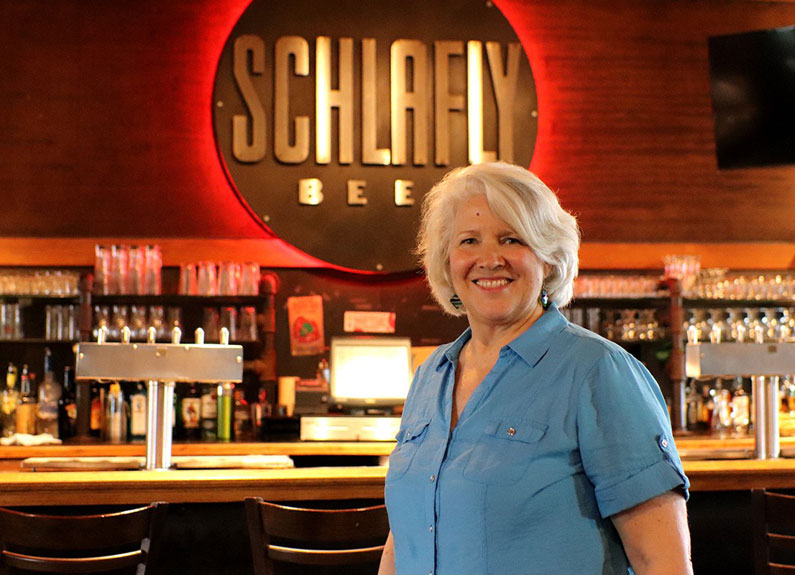 O’Fallon Brewery and The Signature Beer Co. co-founder Fran Caradonna, previously the chief financial officer and the chief administrative officer for Schlafly Beer, has been promoted to CEO of Schlafly.

Caradonna and her former husband, Tony Caradonna, launched The Signature Beer Co., a small beer distributor designed to sell microbrews mostly in the Midwest, in the early ’90s. The two then co-founded O’Fallon Brewery in 2000, selling just one beer for the first two years: O’Fallon Gold.

Caradonna went on to also manage financials, among many other facets of the business, at The Signature Beer Co.

“I’ve been in the distribution side of craft beer, and I also launched my own small brewery and grew it up and sold it to somebody as well, and then worked for that new owner,” Caradonna said. “That’s kind of where I was when Schlafly approached me and asked me to come be the chief financial officer.”

Caradonna believes her role as CEO is to help the company as a whole continue to move in the right direction.

“I think the role of CEO is to help everybody else in the company do their job and make sure they have what they need in terms of resources, direction, feedback and that sort of thing,” she said. “I see my role kind of as a coach just to help us do what we’ve always done best, which is make great beer and be connected to the community. That’s kind of who we are.”

The Signature Beer Co. partnered with Schlafly in the mid-’90s, and Caradonna helped the company launch Schlafly’s distribution. Schlafly craft beer went from being available only in the brewery’s tap room to being sold in local grocery stores such as Schnucks and Dierbergs.

Now Caradonna said she plans to bring her years of experience to the business.

“I’ve had lots of opportunities to learn, I’ve been successful in some ways, and I’ve had my own set of failures, and I’ve learned from all of that,” Caradonna said. “I think I get to bring that, along with my knowledge of the industry, and I know a lot of people in this business, and I think that network is also meaningful and helpful.”

Caradonna said her plans for Schlafly aren’t specific yet, but she’s eager to help the company.

“I think going forward is doubling down on what we know we do best, so that’s the plan I have in place right now,” she said. “We’re sitting down, and we’re getting ready to make specific plans for 2020 as we go into the last part of 2019, and we’ll get more specific going forward. There’s a young, dynamic, energetic group of people here that are really committed to what Schlafly stands for, making that good beer and being a part of the community.”