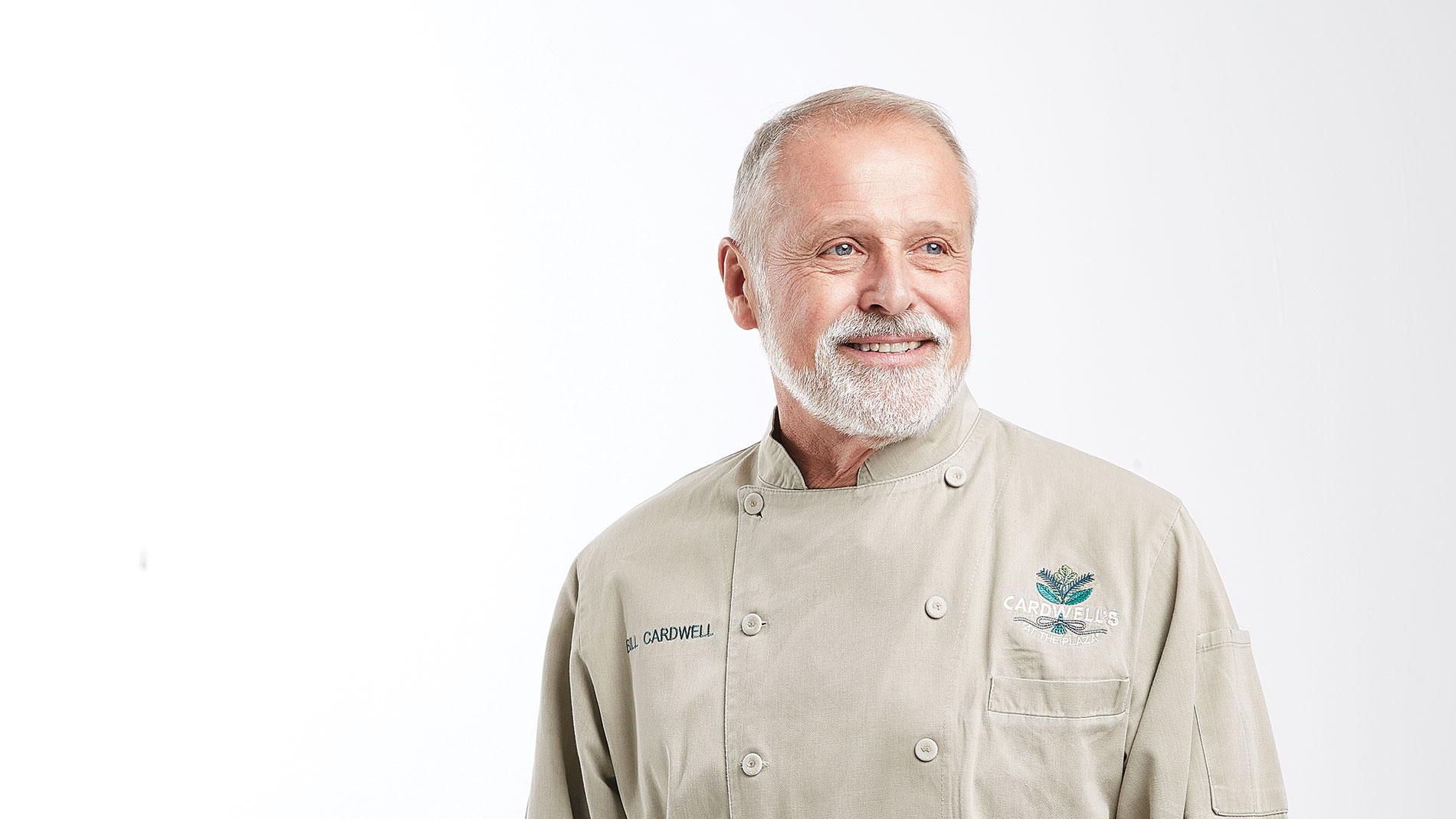 What I Do: Chef Bill Cardwell

When Bill Cardwell moved to St. Louis in 1987 to open Cardwell’s in Clayton, no one thought a restaurant would survive there. “Everybody said, ‘Nah, Clayton is dead at night; it’s not going to happen.’”

But Cardwell still left his successful career opening and managing restaurants for a Kansas City firm to get back in the kitchen, where he stayed over 30 years.

His legacy of working with farmers, serving what he called “honest food from local ingredients” at Cardwell’s, Cardwell’s at the Plaza and BC’s Kitchen, is a familiar story now thanks in part to pioneering chefs like him.

The semi-retired chef is a consultant these days, but he’s still in the kitchen catering private events as often as he can.

“The humiliation techniques don’t work anymore. I think that’s changed. I grew up and went to culinary school in the ’60s; in the ’70s I went to Switzerland and worked. I was treated like a dog if I didn’t do something right. And that translates to how you treat people eventually. I had to mellow. I mean, people will tell you – I was probably a real asshole to work for at one point. But you have to learn to adapt. And there’s something about getting older that always changes things.”


“I was in a restaurant I’ve been to a number of times, Blanchards in Anguilla. They were really, really busy, and the thing that was so evident was that everybody was working together. There wasn’t an employee that walked by your table that either didn’t check if you needed something or brought you something. Over the years, I have been so upset when I would see something going on in the dining room, and I would say to a server, ‘That table needs plates cleared. That needs a – ’ ‘That’s not my table.’ That attitude doesn’t fly. It’s gotta be teamwork. That sets good places apart from average places.”


“There was a couple, Beth and Mark, they had a farm called Kaiser Hill Farms out in New Haven. They don’t do it anymore, but they were raising everything for me. They were raising all my herbs, harvesting all my wood for the grills; we were planning everything. They were coming in three days a week from New Haven to St. Louis bringing me [produce]. They were able to develop a lifestyle out of it, then they just got out of that when they were tired of it all – it was too much work. They never had any help; they were just doing it all themselves, a husband and wife team.”


“[Closing day at Cardwell’s at the Plaza was] very sad. I’ll say this: 99% of all of my employees stayed with me to the last day. They were reliable and honest and hardworking. There’s no success without a team of people. If you don’t have the right people, you just can’t do it. I was very fortunate for many, many years. I had employees with me over 20 years. They spent their whole lives, from the time they were young until – I had employees that retired from being with me. That made a big difference.”


“I miss the food and the great customers and the great employees. I miss a little bit of the day-to-day action. I don’t miss some of the negative drama. And, if you’ve ever been in the industry, you’ll know what I’m talking about. I don’t miss someone calling me and saying, ‘Oh, I’m not coming to work today,’ or ‘I’m not doing this,’ or ‘I’m not doing that.”


“It was hard – especially in ’08 when I opened up [BC’s Kitchen] in Lake Saint Louis. To be out there getting that thing off the ground, not only was it tough to do, but it was also horrible economically. Shit hit the fan. I mean, we opened in August, and the financial crisis was what, September? There’s always outside forces.”


“What makes a good restaurant? Oh, boy. I think it’s a good question. It’s not only food, because there’s a lot of restaurants that people like that the food’s not very good. … Staff is so important. I had so many people tell me, ‘We come here because we’re in love with the server.’ And, you know, you probably could’ve served them a shitty meal, and they still would come back because they like the person. On the other hand, you could’ve served them a really great meal and if they didn’t like the person, they were unhappy. The whole game is making people feel special.”