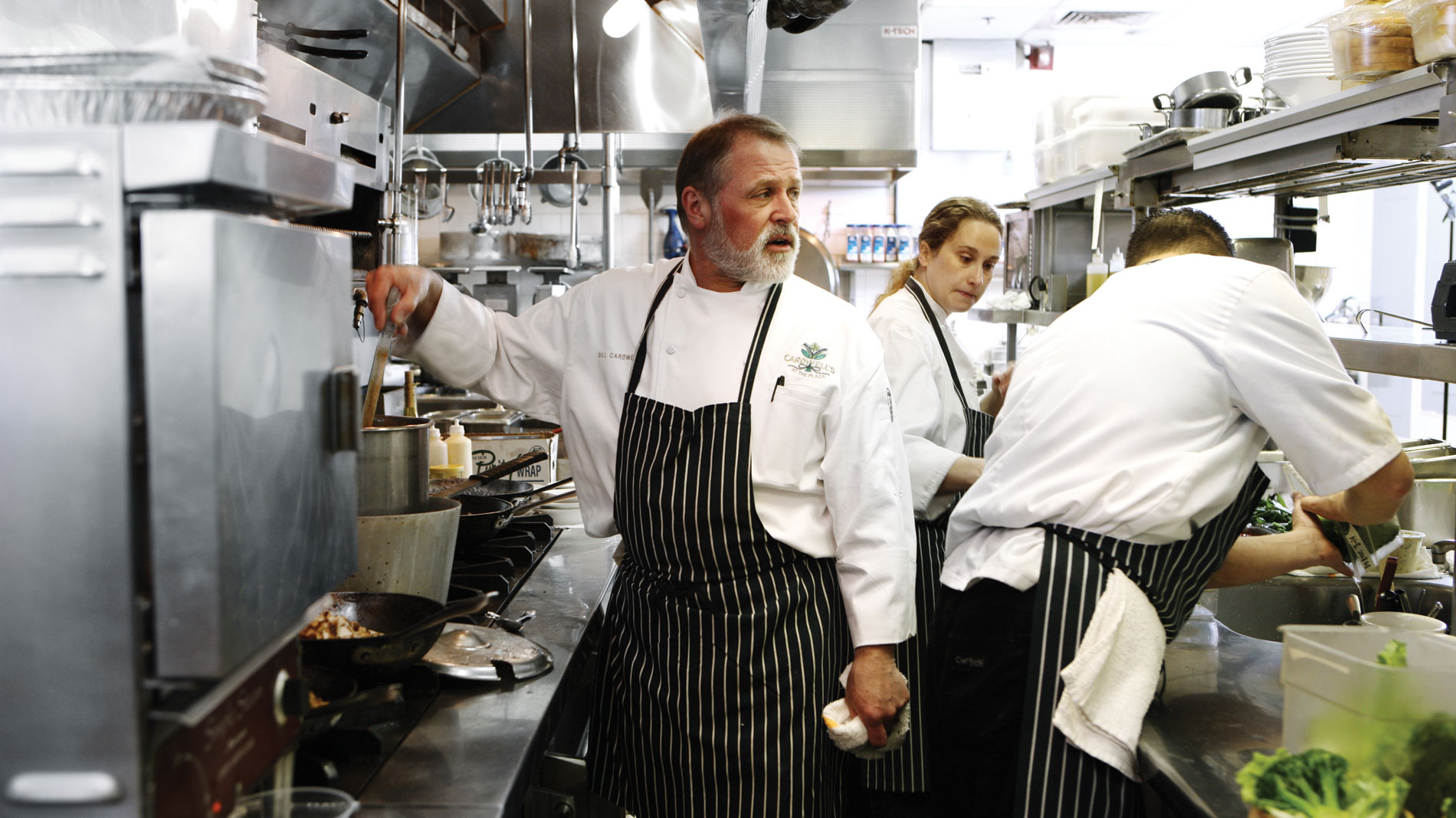 St. Louis institution Cardwell's at the Plaza will close doors

One of the city’s most well-known chefs will soon hanging his apron and begin a new chapter.


Bill Cardwell, chef-owner of Cardwell’s At The Plaza in Frontenac, will shutter his eponymous eatery in late December and enter “semi-retirement.” Cardwell made the announcement in a release and on social media Thursday, Oct. 11.


The lease on the Frontenac restaurant space is up at the end of the year, and Cardwell said in the release that he has no interest in committing for another stretch. He decided to announce the impending closure about three months out to give staff time to find other gigs and to give Cardwell a chance to say goodbye to his loyal followers.


According to the release, Cardwell plans to spend his newfound free time with family and get some skiing in. But semi-retirement means just that – he won’t be completely leaving the industry behind.


“I’ll want to do something at some point, it just won’t be on the scale of what I’ve done in the past,” Cardwell said in the statement. “I’m eager to start a new chapter in my life. Play more. Laugh more. Travel more. Maybe get back to teaching and mentoring young people who are interested in the business. I don’t know. We will just have to wait and see.”