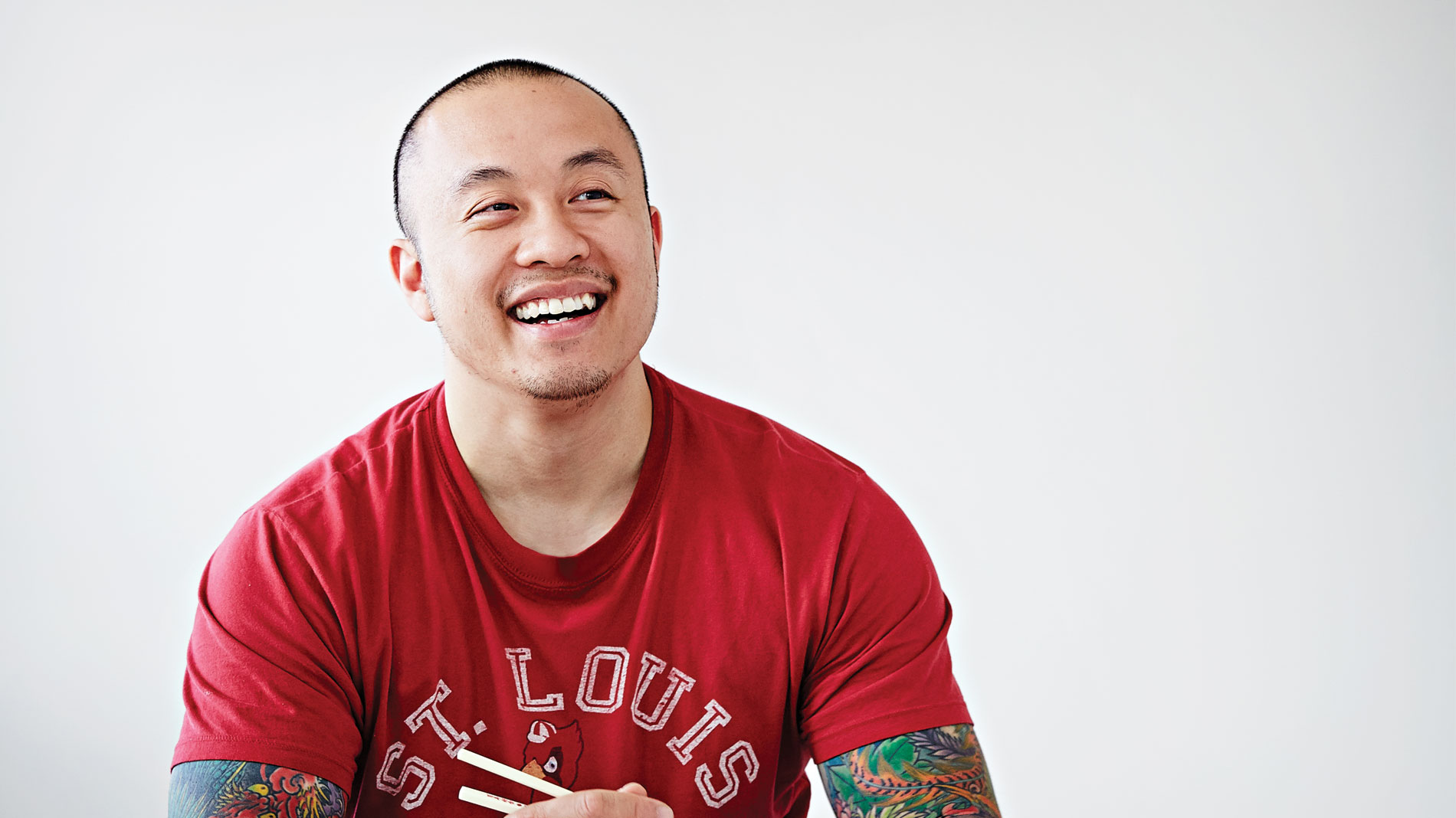 qui tran co-owns mai lee with his mother, lee tran. the restaurant is a semifinalist for oustanding restaurant. photo by ashley gieseking

Editor's Note: This article was updated at 3 p.m. Feb. 26 to include comment from Loryn Nalic.

The James Beard Foundation announced the semifinalists for its annual awards today, Feb. 26, and St. Louis once again earned several of the prestigious nominations.

The James Beard Foundation awards – essentially the Academy Awards of the restaurant world – recognize excellence in the food and beverage industry across the country.

Longtime St. Louis favorite Mai Lee has been nominated for Outstanding Restaurant, one of just 20 restaurants in the country open at least 10 consecutive years to make the list. Lee Tran opened the restaurant in 1985. Her son, co-owner Qui Tran, said he was humbled by the nomination.

“We’ve been doing it for a long time,” he said. “And we don’t do it for the accolades, but it feels good to be recognized. We’ve been doing the same thing we’ve been doing day in, day out for 35 years. We opened the restaurant as a means of survival, and it’s turned into this. That’s phenomenal.”

Tran said he looks forward to informing the Mai Lee team – including his mother. “My mom has no idea yet. I don’t even think she’ll understand what this is,” he said, laughing. “I’ll go, ‘Hey, look, we made this list!,’ and she’ll go, ‘OK great, get back to work.”


Indo chef-owner Nick Bognar continues his meteoric rise in the culinary scene. Indo has earned semifinalist nods for Best New Restaurant, and Bognar himself made the short list for Rising Star Chef of the Year. It’s his second time up for the honor, which recognizes chefs age 30 or younger making their marks on the culinary scene. “Feels real good. Lots of good feelings,” he said.

Bognar said the strength of his team made the nomination possible. “We just have all the best people that I think give a shit about the same vision,” he said.

“We came together and worked our asses off for eight months. We bust ass every morning so that every dinner we can have those lobsters that Mark [Silva] breaks down every day, the Dungeness crab that we break down, all the fish that I do and that the rest of the team does, that we execute every night. It’s awesome to see the news that people notice. Because it’s hard.”

Looking ahead, Bognar said he will continue to do the things that garnered Indo national attention. “You can come get so many things that you can’t get anywhere else, and we’re going to make sure that it stays that way,” he said. “We’re going to stay on top of it and keep pushing.”

He said in future, he also hoped beverage director Zac Adcox’s beverage program would be recognized. “That would have made me really happy. But still, two James Beard nominations… that’s tight,” he said.

This is Nalic’s first time as a semifinalist after a banner year that included expanding her food truck to a full brick-and-mortar in Webster Groves and national recognition. Still, she said this was completely unexpected.

“Totally out of left field. I now know the reason people say, ‘Are you sitting down?’" Nalic said. "No joke, my knees buckled, I got trembly, and I had to sit down. ... I wanted to be somebody my kids were proud of one day, and this is a huge accomplishment."

Nalic said the honor helped validate the hard work she and her team have put in the since opening the Webster Groves location in early 2019. She said the James Beard Foundation's recent move to expand its focus beyond fine dining is reflective of the industry as a whole.

“The conversation that I’ve had the most this year is how [people] like to eat,” she said. “People are eating out so much more these days and what we’re finding is – and what I keep hearing over and over again – is people want to eat in a casual atmosphere, but they don't want it to be any less quality [than fine dining].”

Gallina should be used to this by now. Vicia was a Best New Restaurant semifinalist in 2018, and Gallina made it through the semifinalist round to become a finalist for Best Chef: Midwest last year. “All the nervous feelings come back no matter what,” he said.


Does he think this year is his turn to win? “I'm not talking about that yet,” he said, laughing. “We can talk about that if it happens. I try not to think about that stuff too much – just try to focus on what we’re doing. It’s a great honor.”

He said St. Louis is represented by a great group of restaurants this year, and his own nomination can be attributed to Vicia’s staff.

“To be honest I think it’s all about our team,” he said. “It’s really fortunate to have my name on there but without the incredible staff we wouldn’t be anywhere – it’s a great reflection of what they do every day.”


Both Luo and Mendica made the Best Chef: Midwest semifinalist list in 2018 and 2019. Mendica did not immediately return request for comment.

Luo said she was overwhelmed by the news. “It feels like a dream. It doesn’t feel real,” she said. “You can hear my voice shaking.”


She also credited her team, many of whom have worked at the Fox Park restaurant since it opened, with her success. “They are amazing,” she said. “They’re like my family.”

Restaurant chefs weren’t the only ones honored in St. Louis this year. Nathaniel Reid has earned his second nod in the Outstanding Baker category for his work at his eponymous bakery in Kirkwood.

“I think you guys were the ones who told me last year, too,” Reid said. “We don’t work for awards, but it’s nice to be noticed. We just keep our heads down and do the best we can every day. To have that recognized by such a prestigious award is pretty amazing. It feels great.”


Reid partially credited the nomination to his team’s dedication to consistency. “It starts with our ingredients and goes to our processes and services we offer, but it’s also about our people,” he explained. “We are trying to make an impact in the community, and it’s great to see the results of those efforts only being open less than four years.”


The Scratch team is known for foraging for ingredients in the southern Illinois woods surrounding the brewery and for making beer only with locally grown ingredients. Josephson said the brewery’s commitment to making beer with a “sense of place” likely helped garner the nomination.

“A lot of beer doesn’t come from a particular place; the ingredients could come from anywhere,” she said. “Our mission is to make beer that tastes like southern Illinois, whether that’s ingredients grown on-site or from local farmers or using wood harvested around the brewery. The last couple years we’ve made an even stronger commitment to staying local.”

Finalists will be announced Wednesday, March 25, and the awards ceremony will take place May 4 in Chicago at the Foundation’s annual gala.