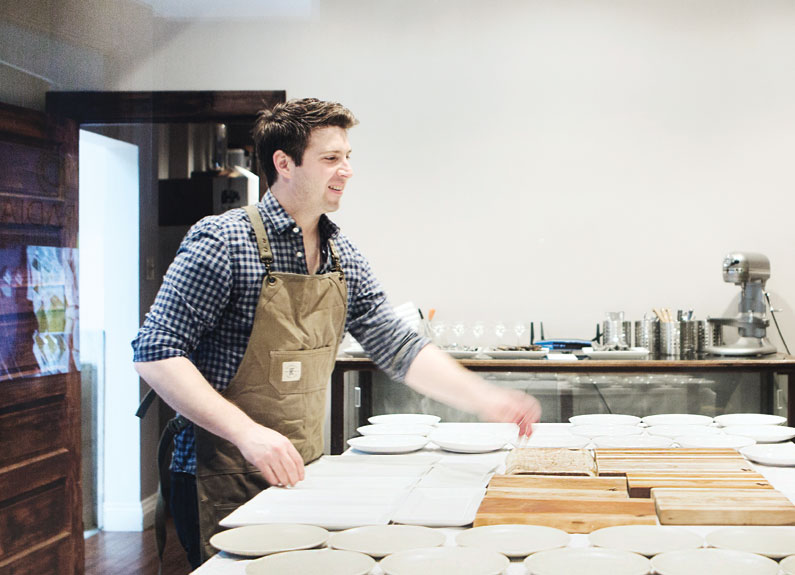 It was a great run, but ultimately, Michael Gallina, chef and co-owner of Vicia, didn’t get the nod as Best Chef: Midwest at this year’s James Beard Awards. The title was bestowed on chef Ann Kim of Young Joni in Minneapolis at a gala ceremony in Chicago tonight, Monday, May 6.

Gallina was the only St. Louis Beard nominee who made the cut for the finals this year. Other area semifinalists included Nathaniel Reid of Nathaniel Reid Bakery for Outstanding Baker, Nick Bognar of Nippon Tei for Rising Star Chef of the Year, Planter’s House for Outstanding Bar Program list, and four other chefs were nominated for Best Chef: Midwest: Lona Luo of Lona’s Lil’ Eats, Ny Vongsaly of Billie-Jean and Jessie Mendica of Olive & Oak.

The Best Chef: Midwest nomination is Gallina’s first in the category, though it’s not his first brush with Beard. Vicia was a semifinalist in the Best New Restaurant category in 2018, and Blue Hill Stone Barns in New York, where Gallina served as chef de cuisine, won for Outstanding Restaurant in America in 2015.