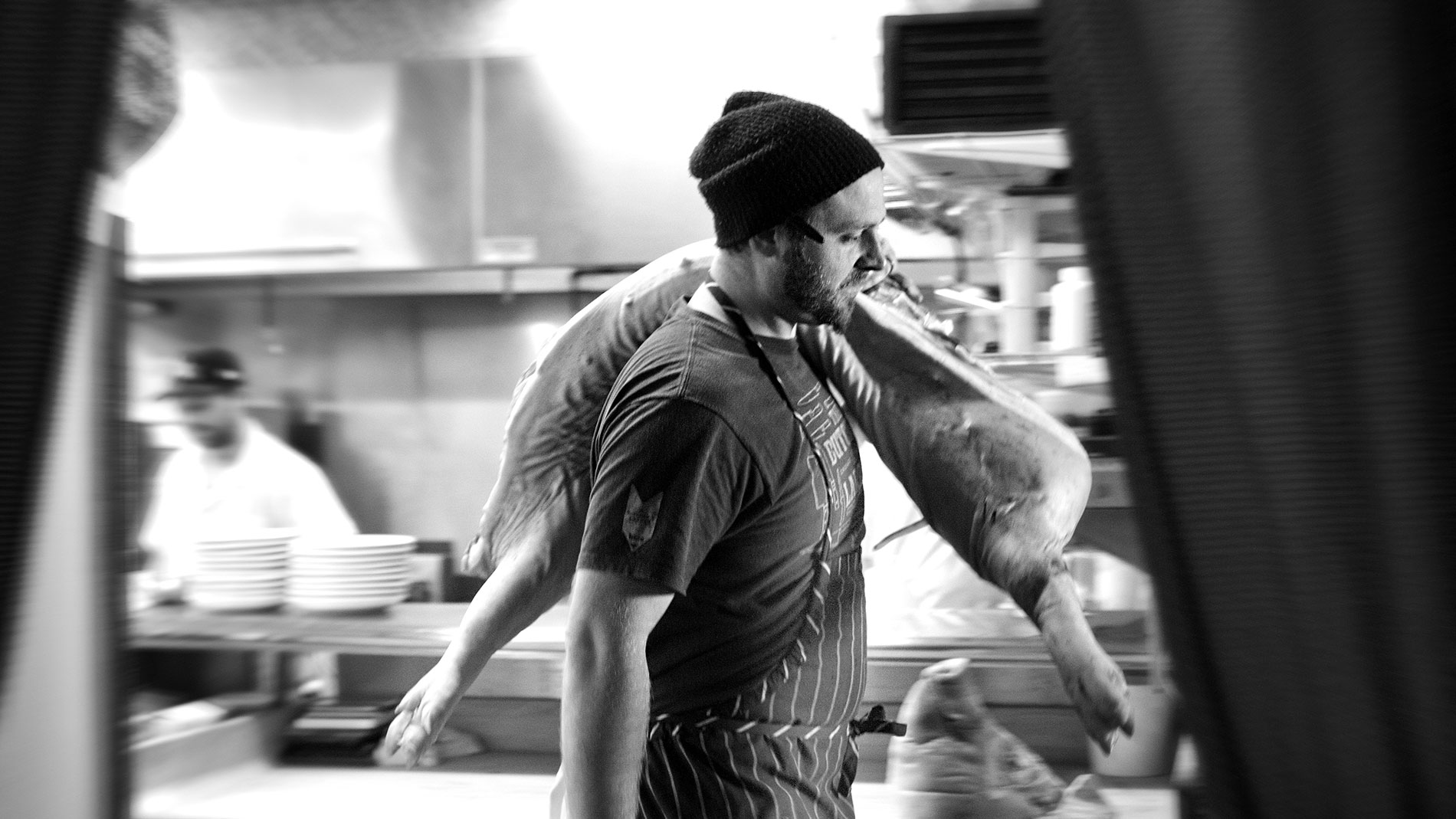 Why to Watch Him: He dove into Farmhaus’ nose-to-tail philosophy head first.

Andrew Jennrich’s wife is convinced that if there was a swear jar at their house, it’d fast become their 401(k), but we figured we’d risk it. Here, Farmhaus’ chef de cuisine tells us how he got where he is today.

When moving to St. Louis [my wife’s hometown], I was pretty adamant with my wife. I always tease her, ‘You’re so lucky you’re not from Omaha, Nebraska.’ There was no way I was moving somewhere without a scene. But I’m telling you, as still the fresh pair of eyes in this city, there’s some badass shit going on.

I had never met Chef [Kevin Willman], but based on what I had read and heard, I knew his ideology and his kitchen ethics married so well with what I believe in: local products, ingredients, economy, sustainability and using everything. Chef is vigilant that nothing gets thrown in the trash. Chef’s mantra is everything matters, and I love that. So, I basically sent him a blind email: Here’s my resume; I really believe in what you’re doing. I have no idea if you’re hiring, but I would love to be a part in some capacity.

I started in December [2011] and there was this New Year’s menu that Chef had put together, and I remember just how intense it was that week, trying to see it come to fruition. I had tasted all the dishes on the menu, but this was all off-menu stuff that had been brewing in his brain. To taste those flavors and see that food, it really got me so pumped. I knew I had made the right decision to be at this restaurant, and I knew this is who I wanted to be doing it with.

We did a nose-to-tail dinner back in August. Chef told me to run with this thing, and I had the menu put together that day. It’s something all kinds of young chefs dream about doing. But what’s cool is that we [at Farmhaus] really get to fulfill that nose-to-tail dream all the time. Obviously it’s been working out, and it’s been awesome.