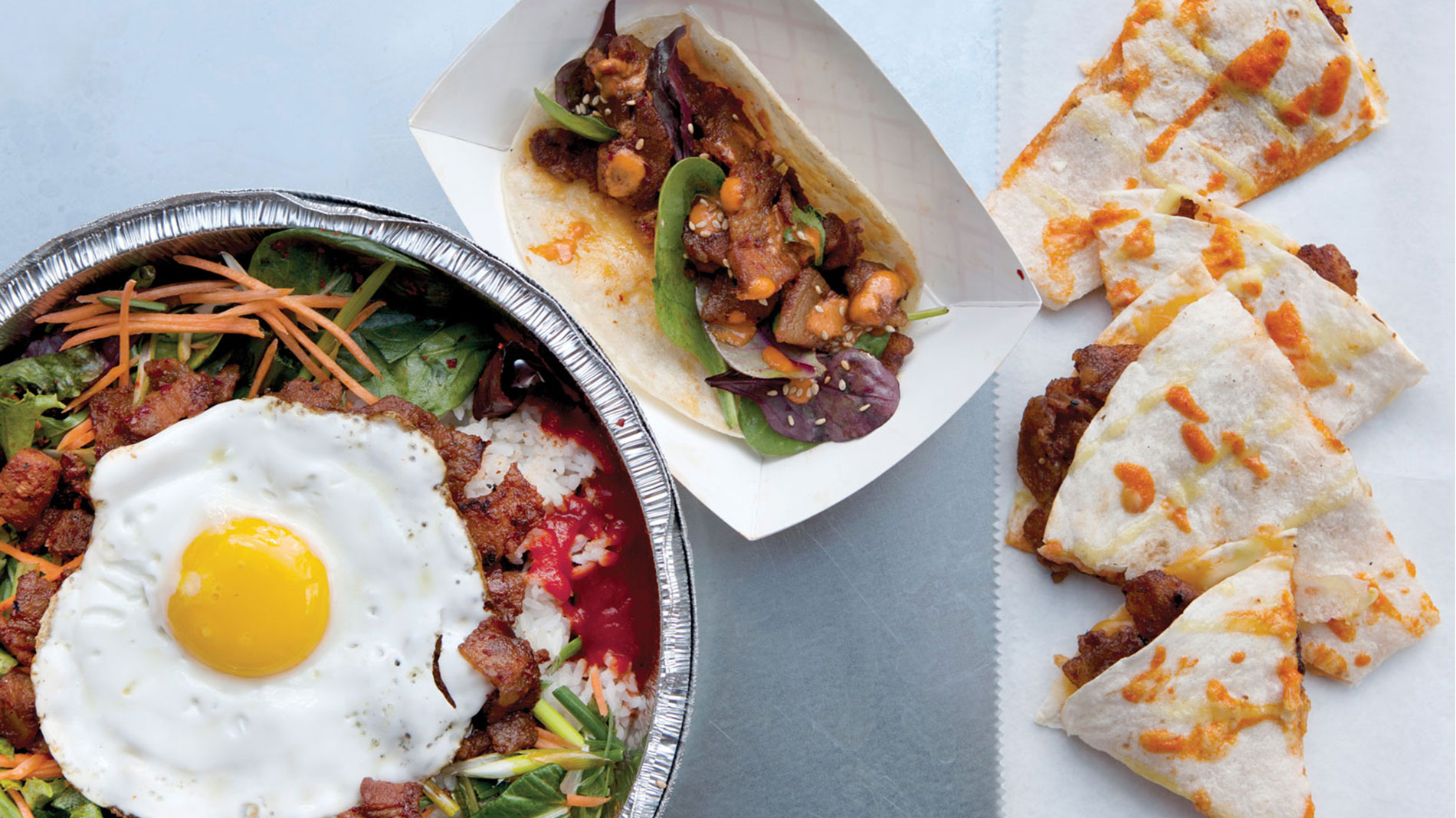 “We’re very excited to welcome Chef Brian to the Seoul Taco team,” said Seoul Taco chef and owner David Choi in a statement. “A decade ago, I started Seoul Taco as a food truck, and now we’ve expanded to seven brick-and-mortar locations in two states. With Chef Brian’s talent and experience, we look forward to working with him to continue to grow the culinary side of the brand.”

Fisher said his role at Seoul Taco would be a change of pace for him and a challenge he’s looking forward to. “It'll definitely change the way I approach menu planning,” he said. “There's a lot more moving pieces to keep in mind.” He also expressed excitement about the prospect of getting to know St. Louis better. “I've only been there six or so times so far, but every time I'm there I see a little bit of a different side of it. I love it!”

Fisher will play an important role as Seoul Taco “scales up” its operations, according to Choi. “We’re needing someone in that position and Brian is well-versed in Korean and Asian food already,” he said. “I think he really believes in how we’re growing and he really believes in our brand and the direction we're going in.”

In addition to the Seoul Taco food truck that started it all, the restaurant currently has three locations in St. Louis, three in Chicago and one more in Columbia. Seoul Taco is set to add a new location inside Schnucks’ Kirkwood branch within “the next month or two,” Choi said. Expansion will continue to be a long-term goal for the brand, but with the pandemic still ongoing, Choi is approaching growth cautiously and tactically. “We’ll take opportunities as they come,” he said.

Choi also wants to use Fisher’s creative skills to introduce more local flavors to Seoul Taco's menus in St. Louis and Chicago respectively. “We’re Korean-Mexican, but we want to add some local-inspired flavors from St. Louis and Chicago,” Choi said. “For St. Louis, shortly to come is probably a Provel quesadilla or something like that.” Fisher said ideas are still in development, but that the first fruits of this initiative will probably be revealed towards the end of the year.

Fans of the existing menu don’t have to fear losing any current favorites. “He doesn't want to go too crazy with it, it's not like we're going to revamp the whole menu, all the staples will still be there,” Choi said. “I'm just really excited to see what he comes up and creates.”

Fisher also has plans to build a connection with the St. Louis restaurant community, as well as local diners. “We'll first start off by doing some collaborations with the different neighborhoods and different chefs in Chicago and St. Louis, and there will also be some ancillary one-offs like pop up dinners with David and I in the future which we’re very excited about,” Fisher said. “There's still a chance to scratch that creative edge, so I'm not too concerned about being too out of my element.”

Fisher’s career highlights include his time as Chef de Cuisine at the Michelin-starred Schwa in Chicago. In 2018, he earned his first Michelin star with his own Chicago restaurant, Entente. Fisher also gained experience in restaurants in New York and San Francisco, and in 2018 was a semi-finalist in the Best Chef Great Lakes category at the James Beard Foundation Awards.