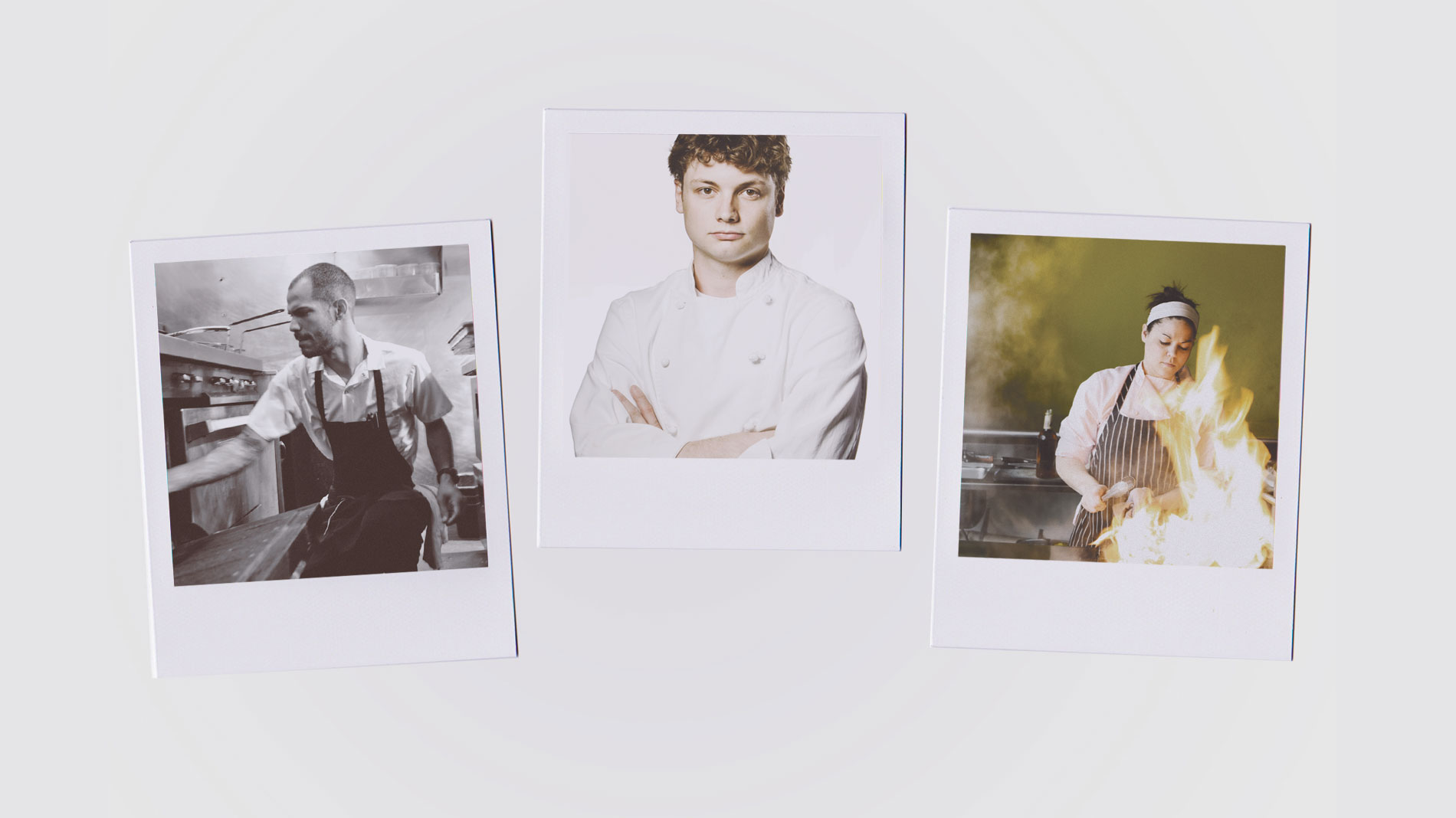 from left, ones to watch alumni matt daughaday, adam altnether and jessie gilroy photos by TK

The banks of the St. Louis food scene overflow with talent. Every year a handful of creative young cooks, chefs, bartenders and brewers catch our eyes and make it into the annual Ones to Watch issue in January. But then what?


Adam Altnether // Class of 2009
Then: His meteoric rise in Gerard Craft’s kitchens made him a star.
Now: Altnether has opened a new highly anticipated restaurant, Elmwood, with fellow Niche alum Chris Kelling.

“Now I’m right where I wanted to be, doing exactly what I wanted to do, cooking the food I want to cook and partnering with Chris to have the service exactly the way we want it. We want people to enjoy restaurants the same way we do.”


Chris Bolyard // Class of 2011
Then: He was Kevin Nashan’s highly influential right-hand man at Sidney Street Café.
Now: Bolyard has carved out a spot as one of The Lou’s best butcher shops, Bolyard’s Meat & Provisions.

“This has been a dream come true. It was a process. I didn’t realize what it was going to take to get the doors open. Now that we’ve been open for four years, I couldn’t be happier. I wouldn’t want to be doing anything else.”


Mike Marquard // Class of 2011
Then: He served cups of joe with a spoonful of service at Mike Randolph’s Half & Half.
Now: He’s found the Blueprint for success at his own University City roaster.

“Starting a business is an intense process. Looking back, I’d tell myself ‘It’s going to go, so give yourself some time to yourself to reflect and relax.’ It’s important to establish balance and relationships separate from the business.”

Matt Daughaday // Class of 2013
Then: He was a culinary superstar with a Taste for success.
Now: He opened the nationally acclaimed Reeds American Table in 2015 and makes sure everyone on his team has a chance to shine.

“I continue to grow and learn every single day. Food is still central, but I realize it’s only a piece of the larger puzzle. Gerard [Craft] gave me free rein, and I brought that philosophy with me to Reeds. If somebody really cares about something and wants to pursue it and it works, we let them try. Sam [Reed] is a server but also loves food photography and has done amazing things with our Instagram account. Will [Ranney] does our prep and makes our pasta and is coming into his own. Bailey [Schuchmann] is a server and somm who works with Alisha [Blackwell-Calvert], and she is passionate about art. We can take that and make that fit into what makes Reeds Reeds.”


Jessie Gilroy // Class of 2015
Then: The Cucino Pazzo badass ran a tight ship.
Now: She’s rocking our worlds and our palates as owner and chef of Pangea.

“There’s not a handbook for opening a restaurant, and you never know what you’re getting into. Every day is a learning experience. I’m happy. I love learning and adapting to everybody here and making it our home. I want to keep putting out good food and hoping people come in and enjoy themselves. I work like a crazy person and love every minute of it.”


Ari Jo Ellis // Class of 2016
Then: She went whole-hog as Southern’s executive sous chef.
Now: The sun is about to rise on her diner and breakfast joint, Morning Glory.

“The last two years have all led up to opening Morning Glory. The recipes I’ve developed are influenced by all the chefs I’ve worked for – Rick [Lewis], [Josh] Poletti – I take what I learned and create my own. I want to serve hearty food that makes you feel warm inside. I don’t feel the need to blow culinary boundaries or manipulate ingredients.”


Tim Wiggins // Class of 2016
Then: He creatively crafted some of the best cocktails in the city at Retreat Gastropub.
Now: He’s shaking up drinks – and the food scene – as co-owner of one of 2018’s best new restaurants, Yellowbelly.

“Being a One to Watch was pretty pivotal and important validation and exposure. Since then it’s been a wild ride of figuring out how to constantly innovate and learn and grow. I realized this isn’t just me working 80 hours for no reason; this is what I’m going to do forever, so if I were to open my ideal place, what food would be there and who would be there? That was the origin of Yellowbelly.”


Evy Swoboda // Class of 2018
Then: Last year, she was on her way to the top of Niche Food Group.
Now: This year, Swoboda will don top toque at forthcoming The Last Kitchen inside The Last Hotel.

“[I] have been involved in the design and now just want to see the building put together how I’m envisioning it in my head. I’m excited to get the team together and be on my feet and start working in the kitchen.”